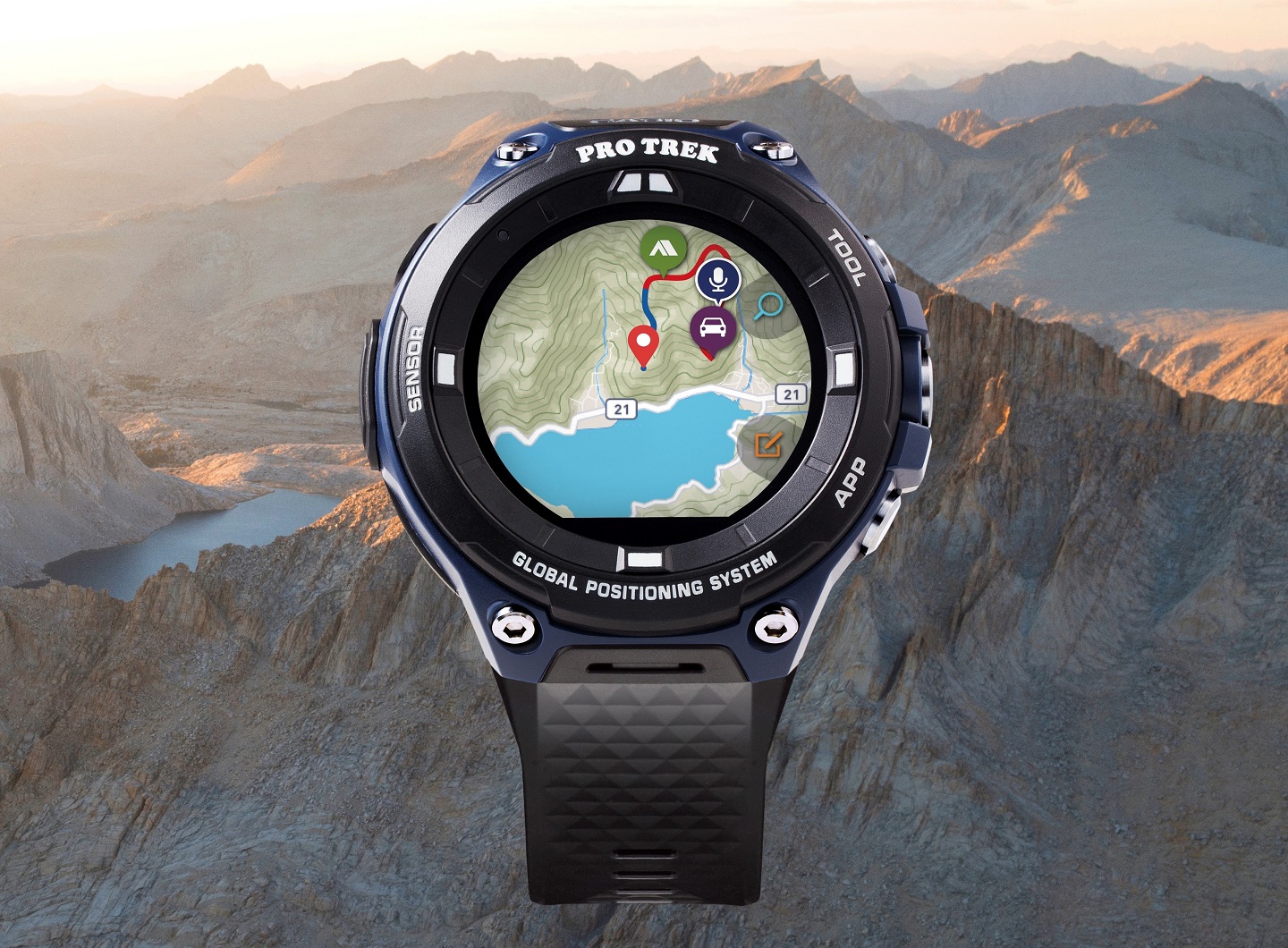 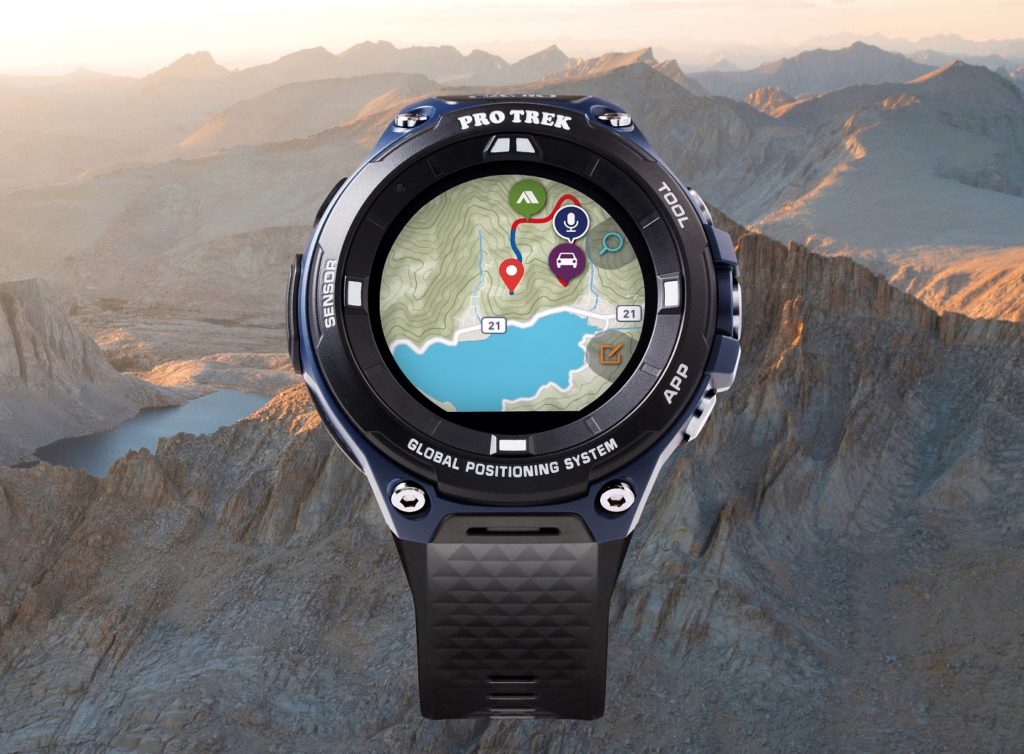 As controversial and polarizing as smartwatches are, there is no denying their utility to those who love the outdoors. Though we’ve seen smartwatches targeted at hikers for a long time, I would argue that Casio‘s Pro Trek series overshadows many others, especially in terms of its features. Now, Casio has just unveiled the Casio Pro Trek WSD-F20A, which not only has a cool new indigo pattern, but is also $100 cheaper than the older WSD-F20 model. 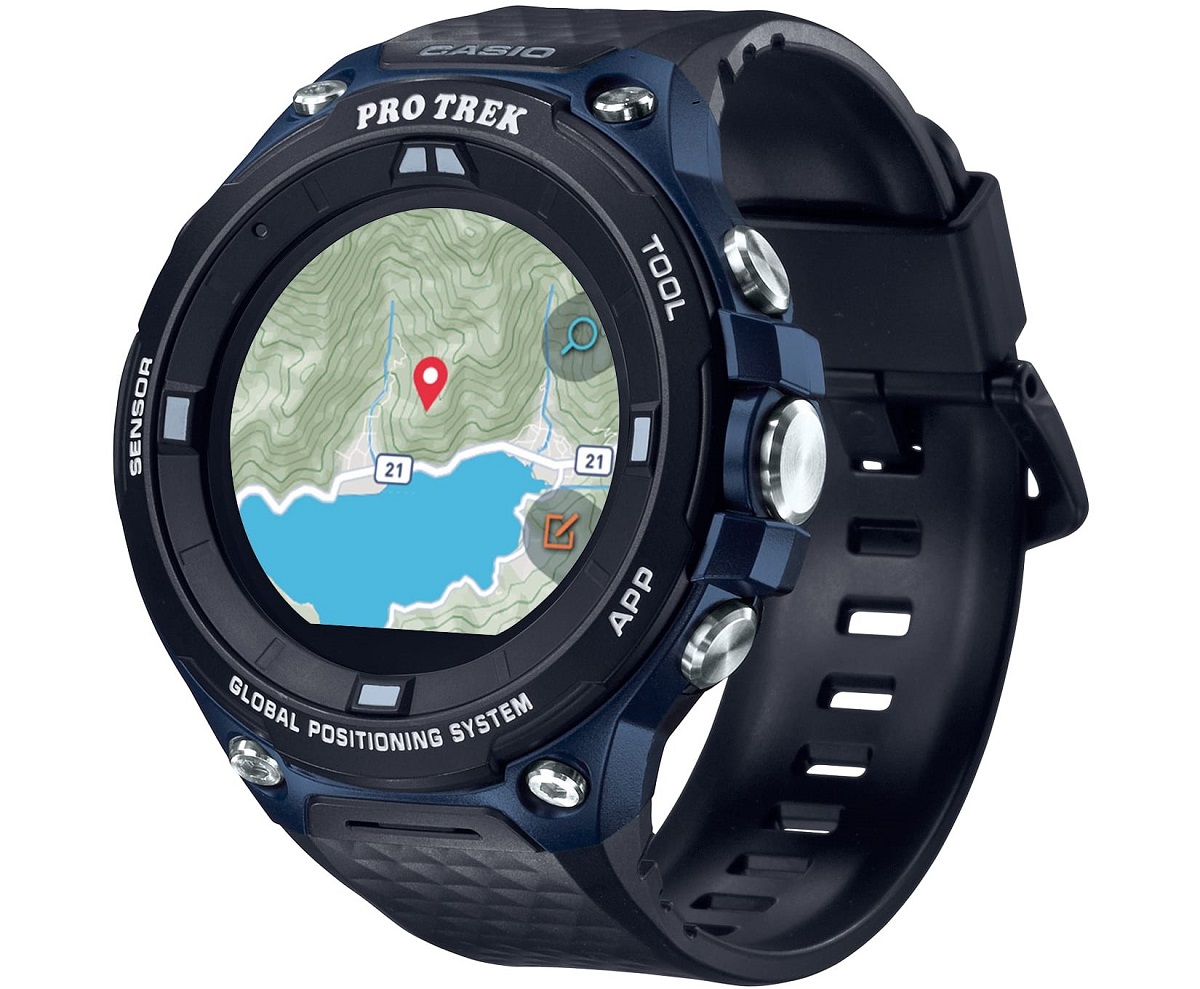 As a hiker, I’ve always been interested in a GPS-enabled smartwatch in the past, but I haven’t been drawn to the Pro Trek line. While they had awesome features on paper, there weren’t many that I would actually use, so I simply couldn’t justify the $500 price tag. The Pro Trek WSD-F20A’s utilization of Android’s Wear OS means that this watch comes with all of the standard features you would find in a regular Android-based smartwatch. On top of that, there are the added benefits of a low-power GPS and offline mapping—there’s 4 gigabytes to store maps for times when there’s no service. These features are all attractive, but again, I’m not sure if they completely justify the cost.

As for the case and sensors, nothing seems to have changed except the color. The watch still features a barometer, altimeter, compass, Bluetooth, Activity Tracker, and app support, but instead of the electric orange or jet black of the previous WSD-F20 (Wrist Time Review Here) model, Casio opts for a subtle yet striking indigo color for the steel case. Casio is also emphasizing the watch’s “Military Standard 810G Durability,” as that’s a key feature for people who are constantly going to be taking their watch outdoors. Another major aspect is the 50 meters of water resistance. Though 50 meters doesn’t seem like much, it’s definitely over the 30m of water resistance that many competitors possess. The WSD-F20A may not be the most resilient watch, but its substantial durability certainly carries weight in a consumer’s decision-making process. 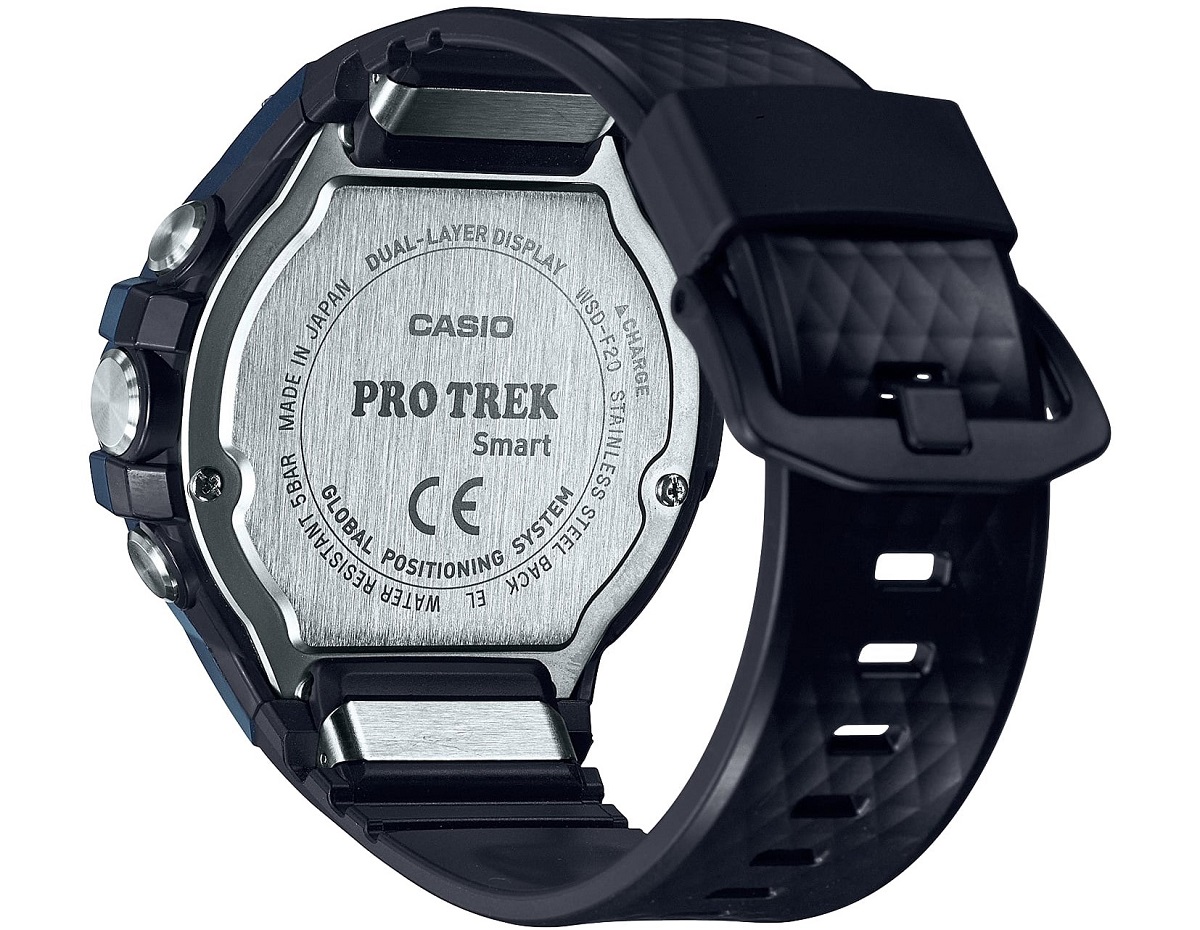 One thing I do particularly like about the Pro Trek line is it doesn’t try to be or look like something it’s not. The design is deliberately rugged and doesn’t try to serve the dual purpose of being an outdoors watch that still fits in at a dinner party—and that’s refreshing in a time when so many smartwatches are trying to be the whole package. Coupled with the 57mm size, the diamond-patterned Urethane strap and buckle create a very masculine, practical look that demands wrist presence. 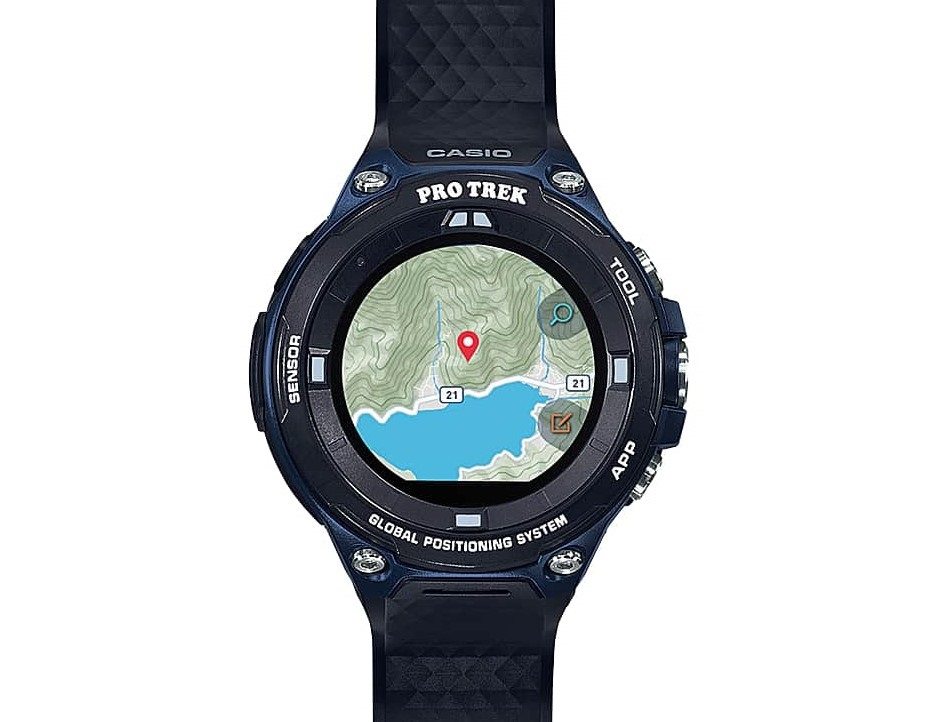 Overall, the real draw here is the reduced price. True, I’m more inclined to choose indigo over orange, but the lower price would be the deciding factor in my purchase. Since I wouldn’t characterize the previous Pro Trek models as affordable (though many others would), that Casio chose to bring the price down will make the WSD-F20A more competitive with smartwatches like the Samsung Gear S3 (Wrist Time Review Here) or a number of LG and Garmin offerings. While this would certainly not be a daily wearer for me, enthusiasts with a large wrist and a penchant for smartwatches on their daily grind will find this watch right for the job. The Casio Pro Trek WSD-F20A will be available in May at a price of $399. casio.com