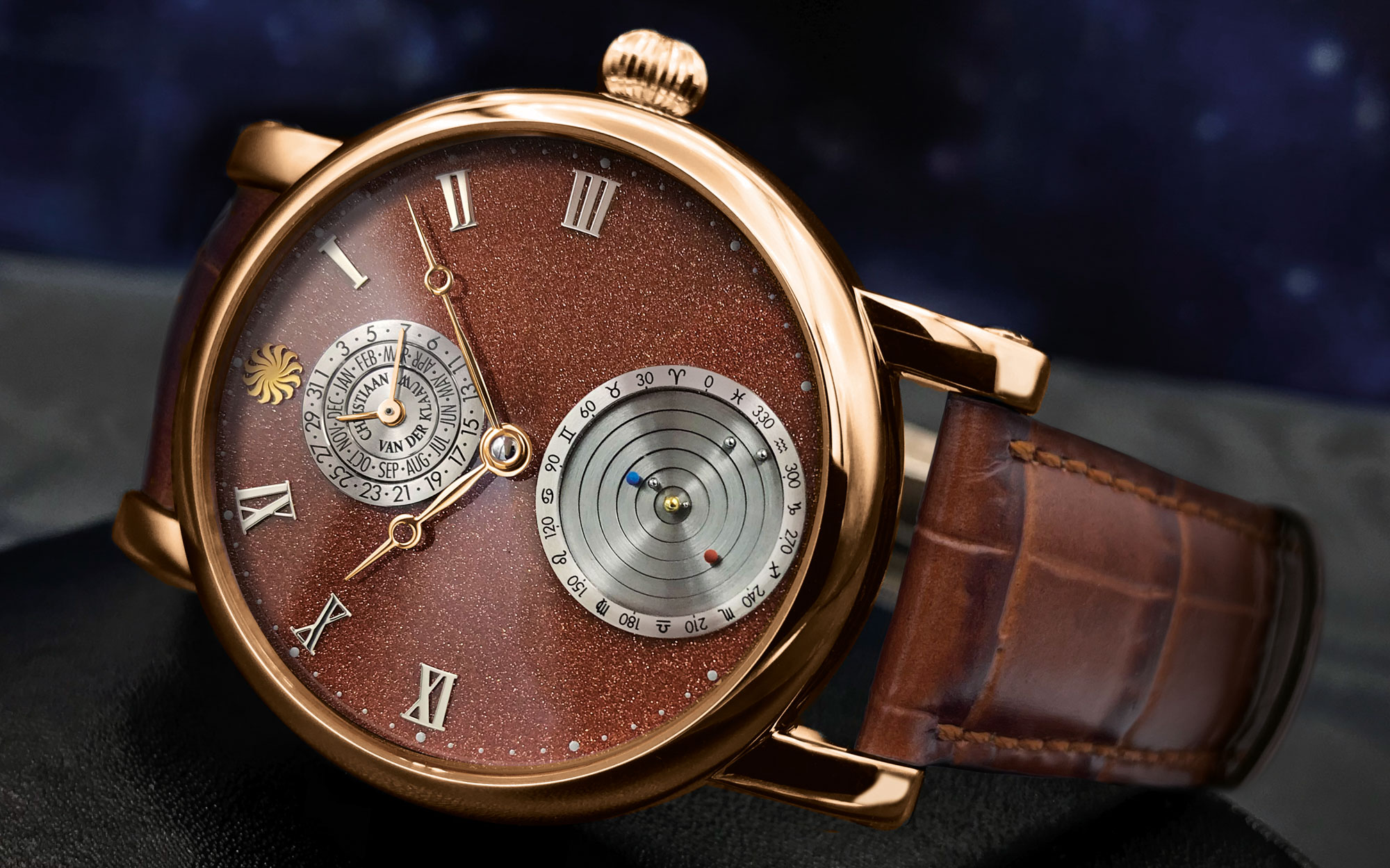 CVDK, or Christiaan van der Klaauw, is recognized for its highly unique astronomical wrist machines, equipped with unique displays, powered by unique movements. Since June 2022, the new owner and master watchmaker at the brand is Pim Koeslag, who’s been, you guessed it, a master watchmaker and movement developer at Frederique Constant and Alpina, and also Atelier de Monaco. A brand with such outstanding past achievements deserved new talent. The first piece to come from a Koeslag-run Christiaan van der Klaauw is the CVDK Planetarium Dunes Of Mars watch.

First, a brief history lesson. Christiaan van der Klaauw started his own watch atelier and presented his first clock with astronomical complications in 1974. In 1989, he became an honorary member of the Swiss Académie Horlogère des Créateurs Indépendants (AHCI), the prestigious association of talented independent watchmakers. In 1996, Christiaan van der Klaauw presented his first wristwatch, and in 1999, he presented the Planetarium, a wristwatch comprising the world’s smallest mechanical planetarium. In 2009, a new era began, as Christiaan van der Klaauw reached his retirement age and sold the company to the designer couple Daniël and Maria Reintjes with whom he had established a business relationship for 10 years. 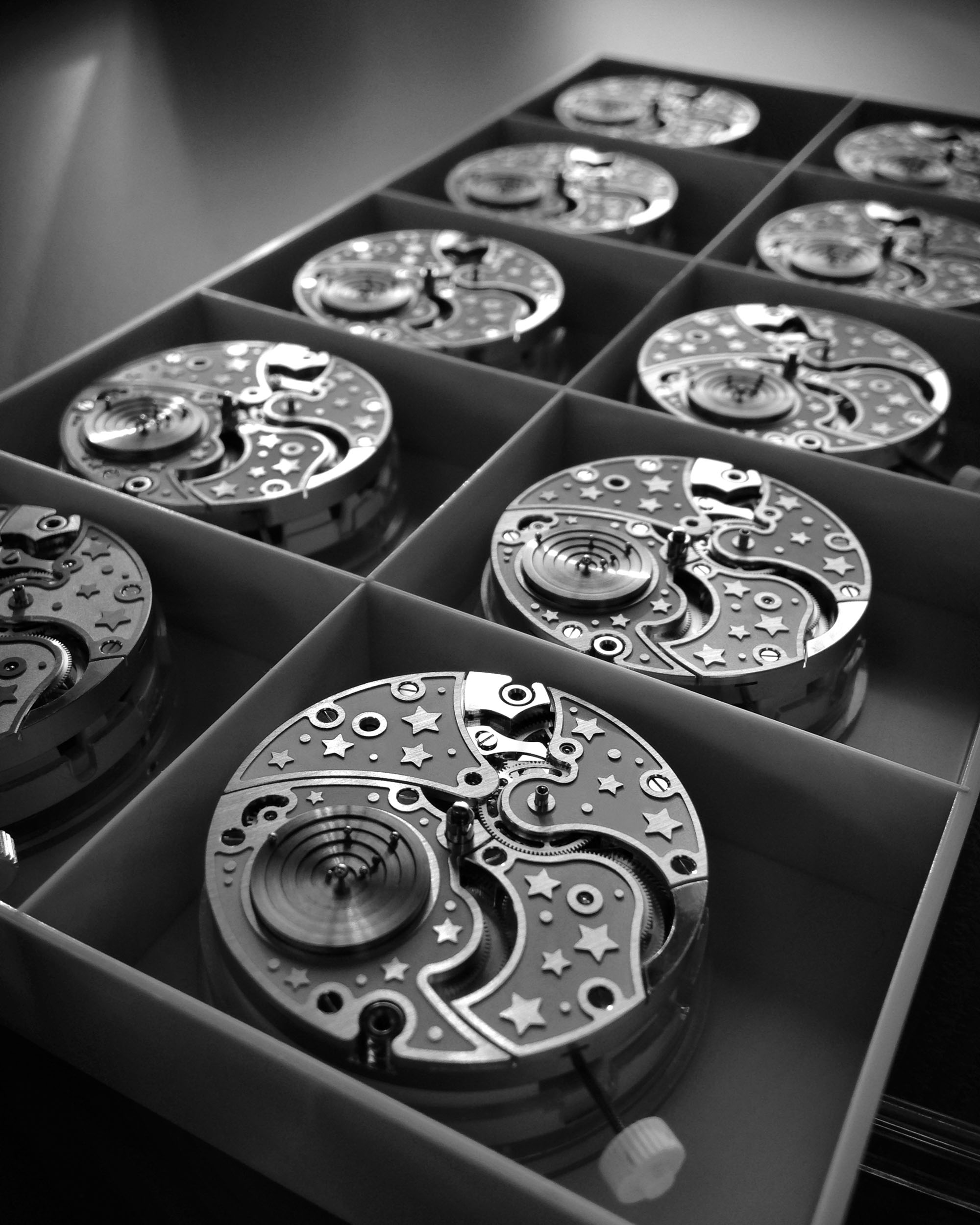 The new directors decided to focus exclusively on astronomical watches, with “Astronomical Watches” added to the company’s name. A new collection and beautiful astronomical complications ensued – including the Real Moon Joure with the most accurate 3D moon phase in the world. In addition, two special Planetarium masterpieces were developed exclusively for the high jewelry Maison Van Cleef & Arpels. In 13 years, CVDK transformed into a niche atelier that claims to be the only watch atelier in the world that is wholly devoted to the design and production of exclusive, hand-made astronomical watches. 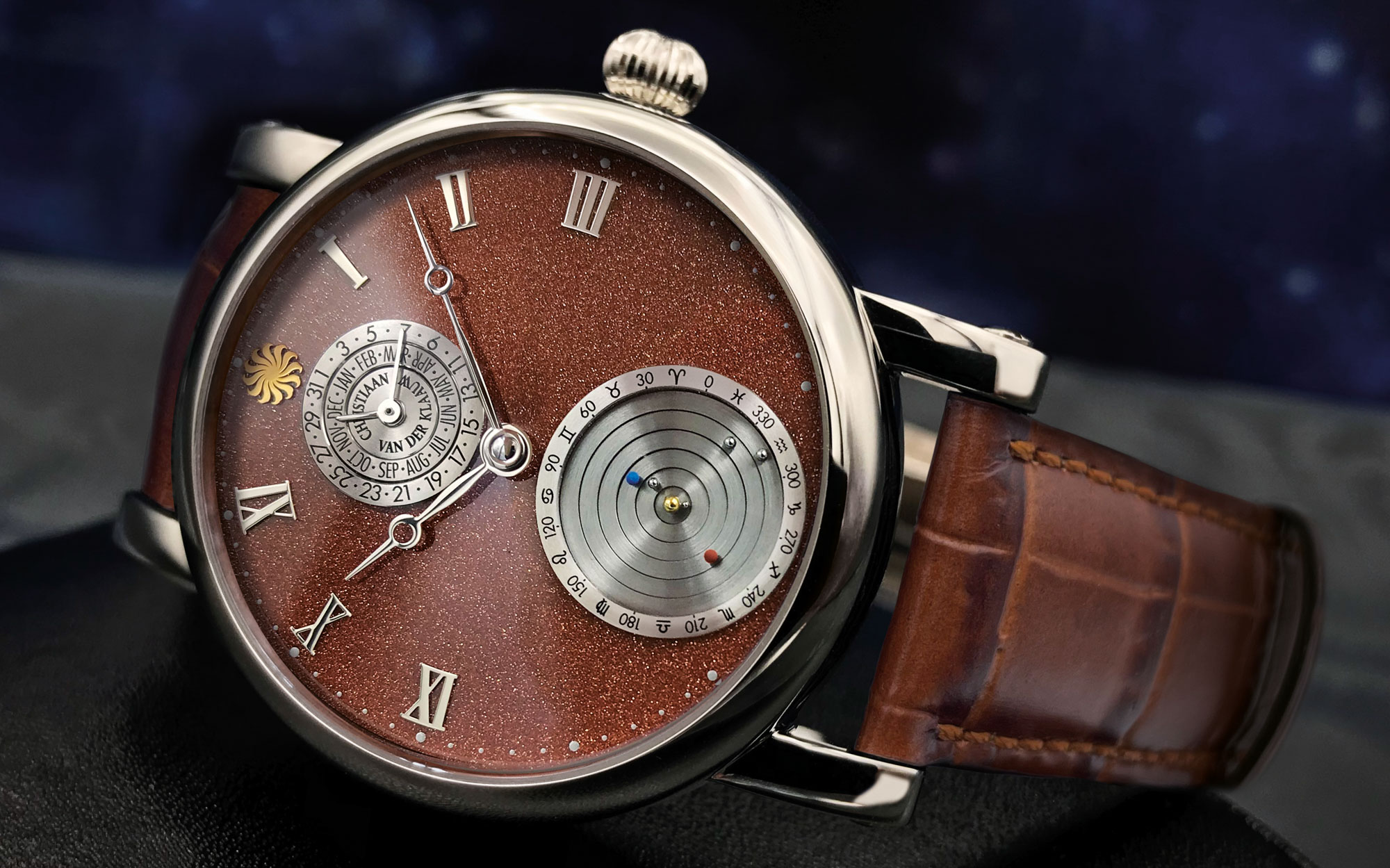 The latest astronomical watch from the Dutch workshop is dedicated to Mars, the fourth planet in the solar system. Naturally, a limited edition, it features the smallest mechanical planetarium in the world that the brand charmingly describes as “the ultimate way to carry the universe closely to your heart.” It has to be said, there is something delightful to having something so incredibly vast presented in such a compact and portable form. The in-house designed, fully mechanical module displays, at the 6 o’clock position, the solar orbits of Mercury, Venus, Earth, Mars, Jupiter, and Saturn in real time. It also tells the wearer the minutes, hours, date, and month. 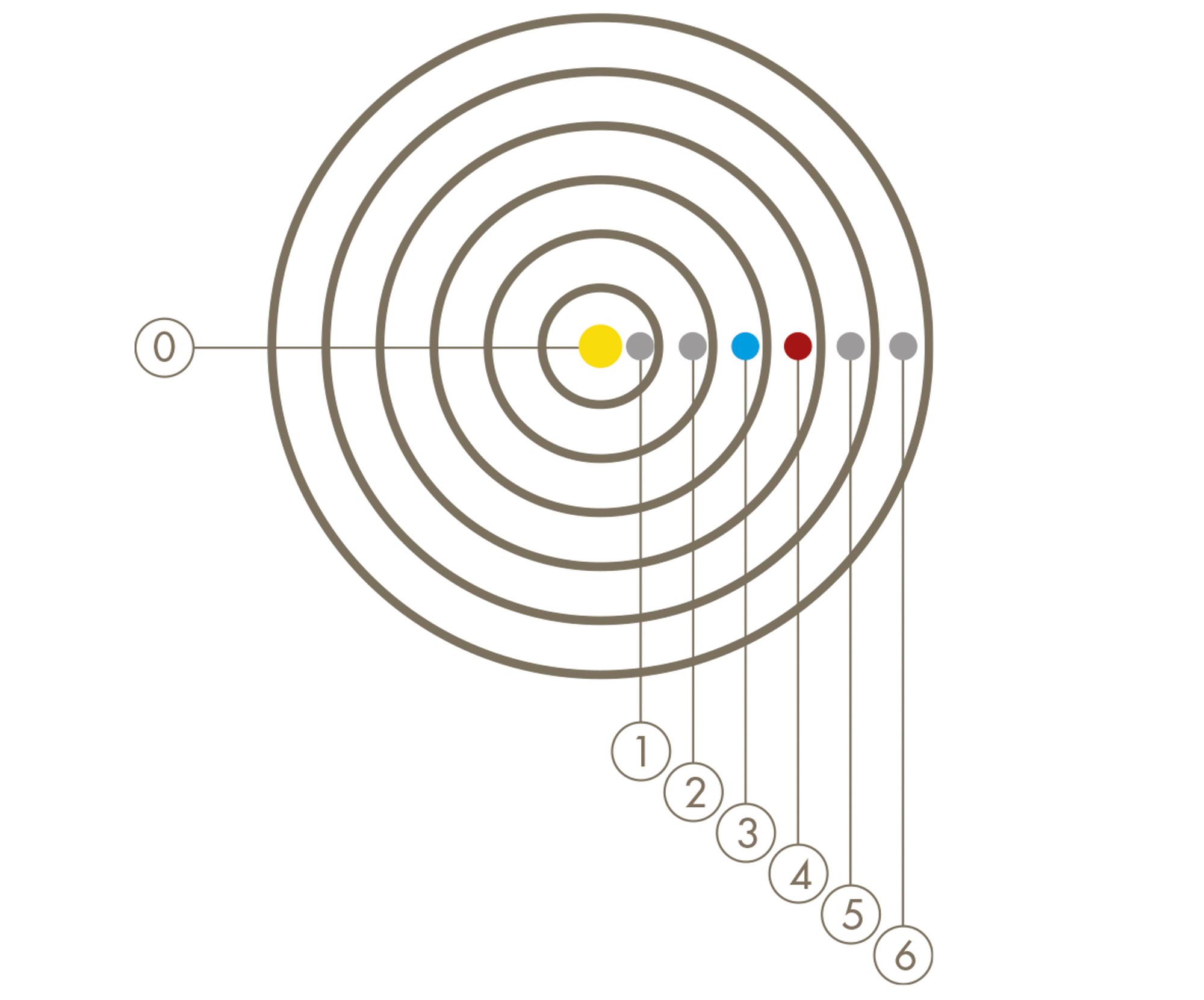 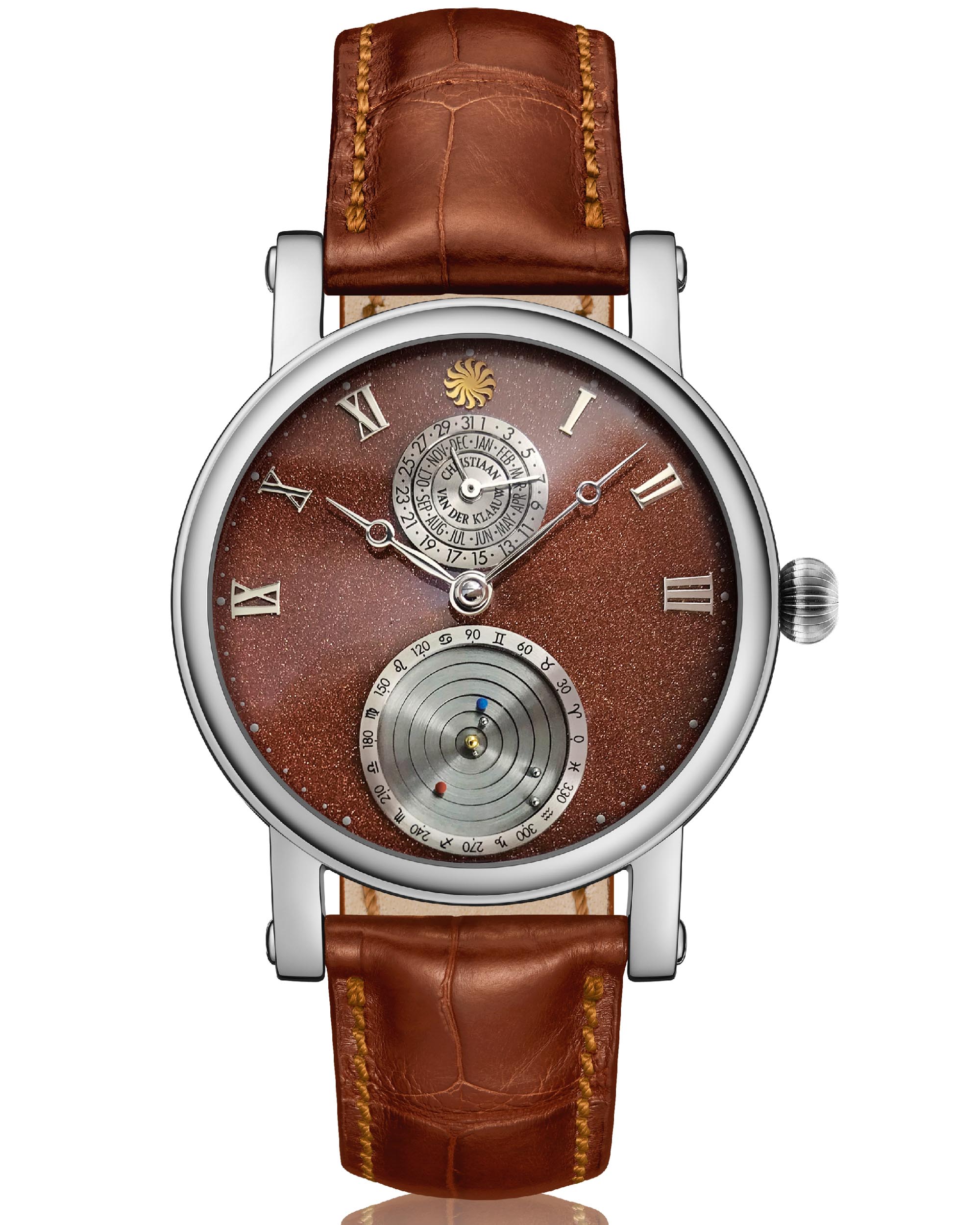 Mercury takes 87.97 days, Venus and Earth take 224.70 and 365.24 days, respectively, while it’s not before 686.98 days that Mars completes its orbit around the sun. The orbit of the two planets that come after it on the display is better measured not in days, but in years: Jupiter takes 11.86 years, and Saturn 29.46 years to complete their journey. It’s fun to know that it was in 1900 that the earliest known example of an astronomical computer (and potentially the first-ever computer) was discovered in a shipwreck off the coast of Antikythera, a Greek Island. The Antikythera Mechanism is estimated to date back to 80 BC, over 1,000 years before the next known gear-based astronomical device was created. 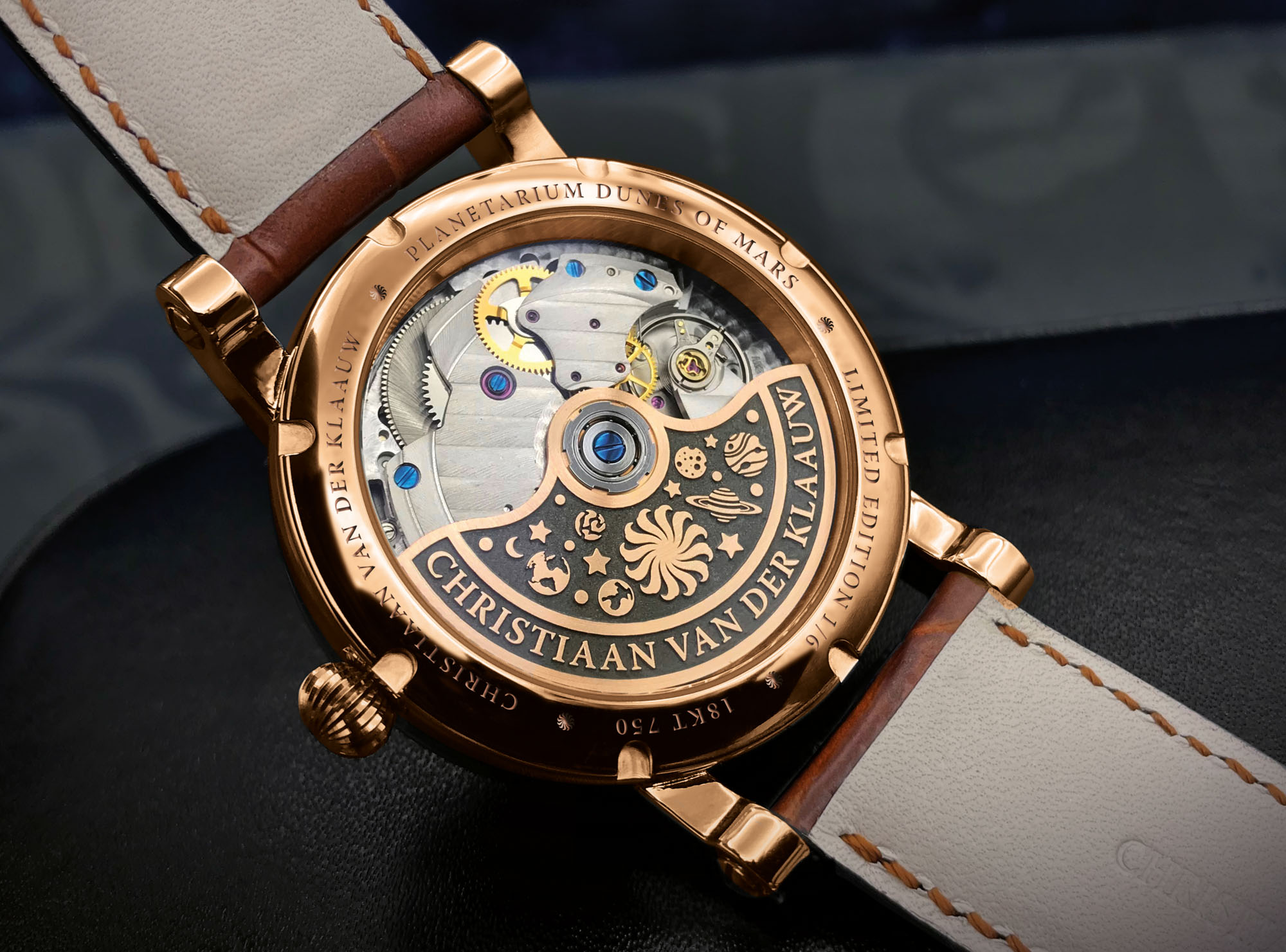 The gearing required to accurately animate these is of course immensely complicated, and that’s especially true given that the CVDK7386 caliber fits into a 40mm-wide case. The display uses a series of concentric and stacked discs, with the sun in the center. Power reserve is an impressive 96 hours, courtesy of not one but two barrels, replenished by a massive winding rotor engraved with planets, stars, and the “Sun with 12 Claws,” the logo of Christiaan van der Klaauw. 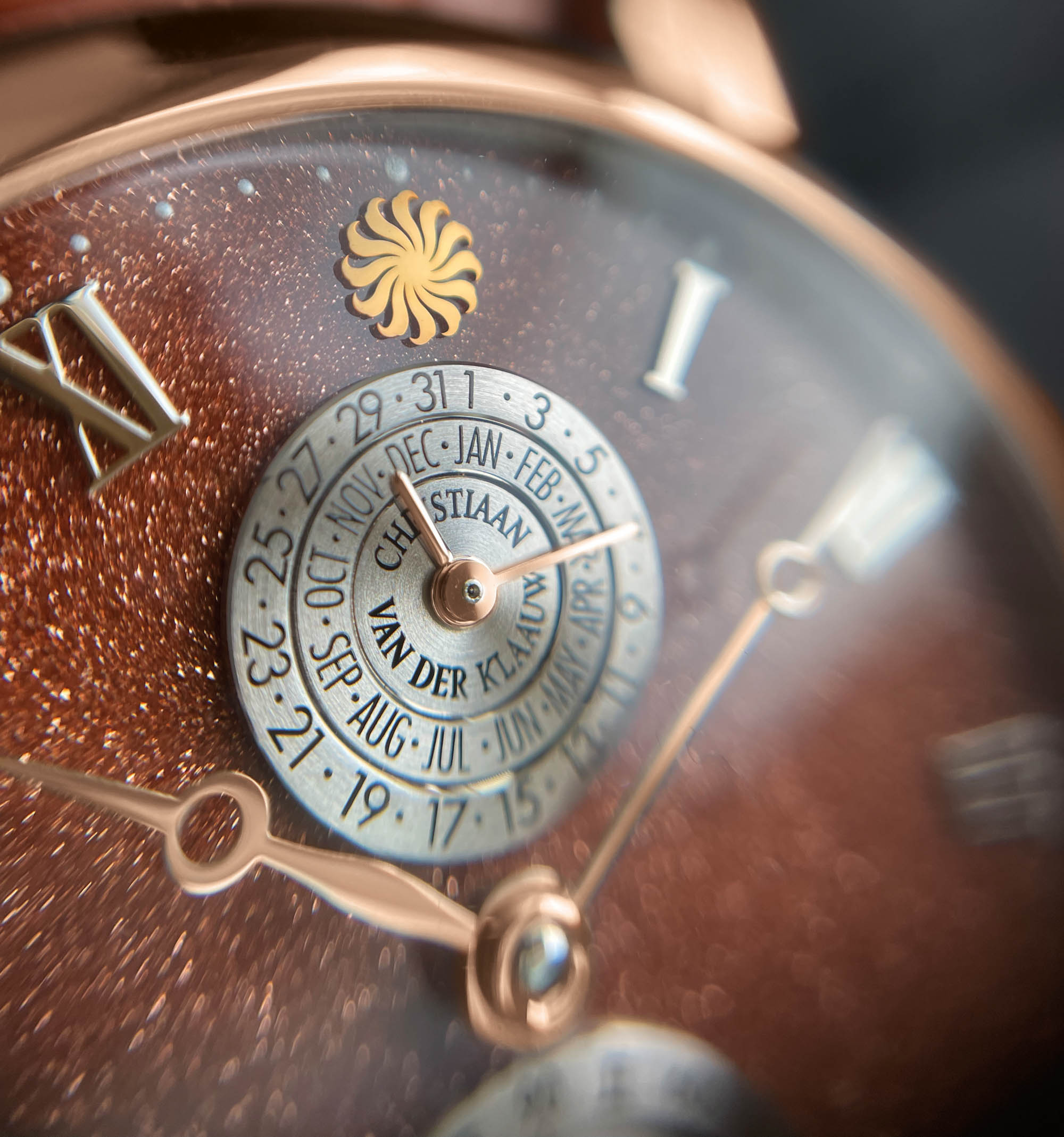 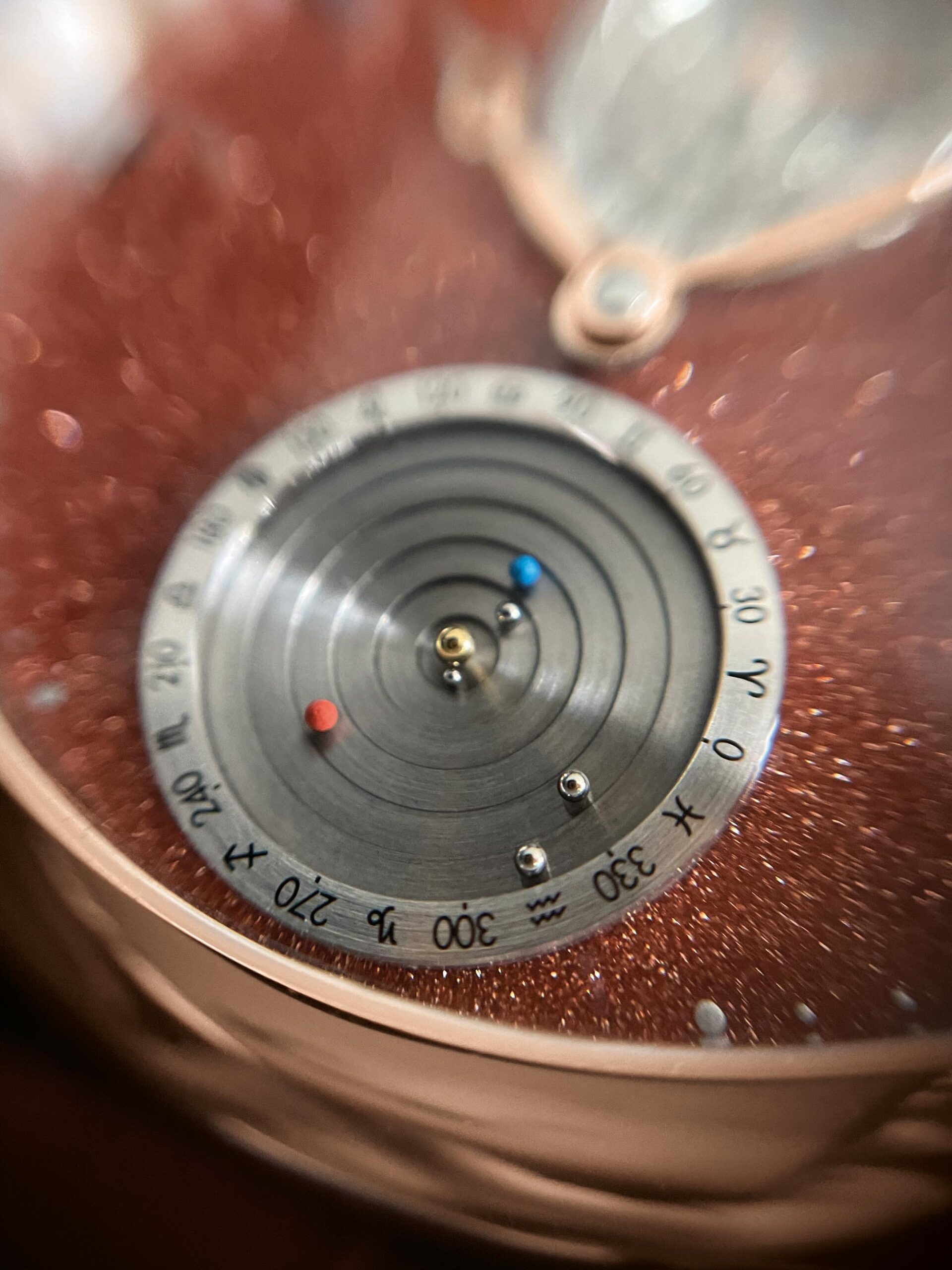 The CVDK Planetarium Dunes Of Mars watch is available in three versions: 18k white gold, 18k rose gold, and stainless steel, each limited to just 6 pieces. The dial is in aventurine glass with rhodium-plated indexes and a rhodium-plated planetarium, with colored planets. In a unique CVDK design clue, Roman numerals are applied only from 9 to 3, with the sun marking noon. Around the periphery of the planetarium, there is a zodiac and a day count for the year — no need for a hand, the wearer can read these indications through the earth’s progress in its orbit.