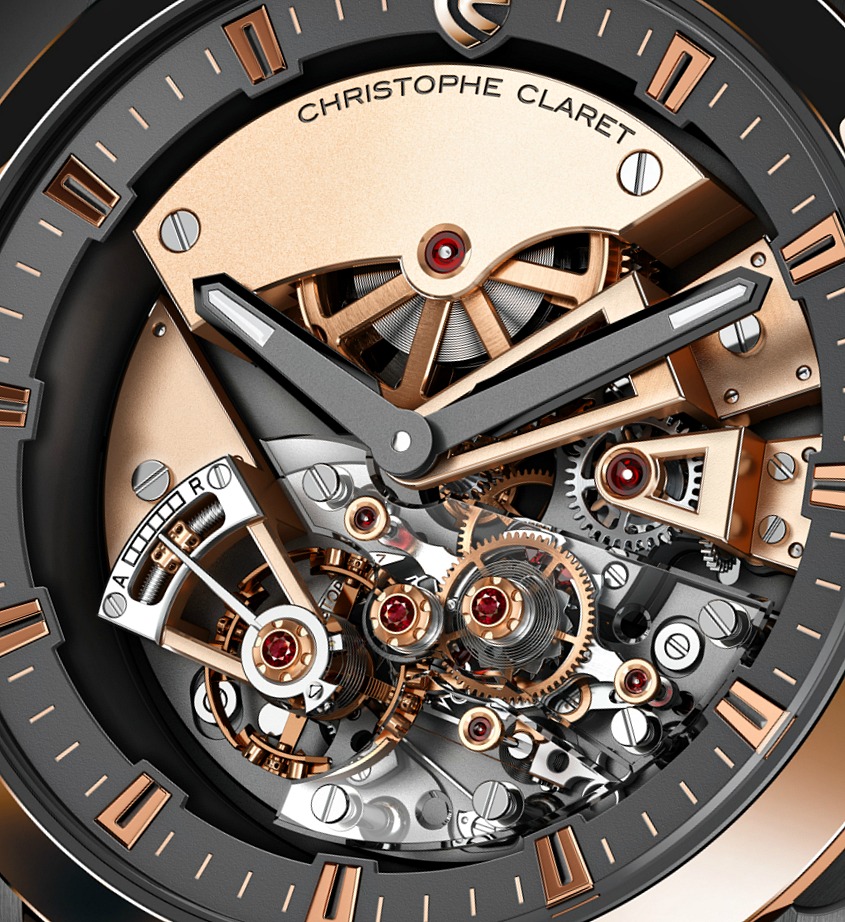 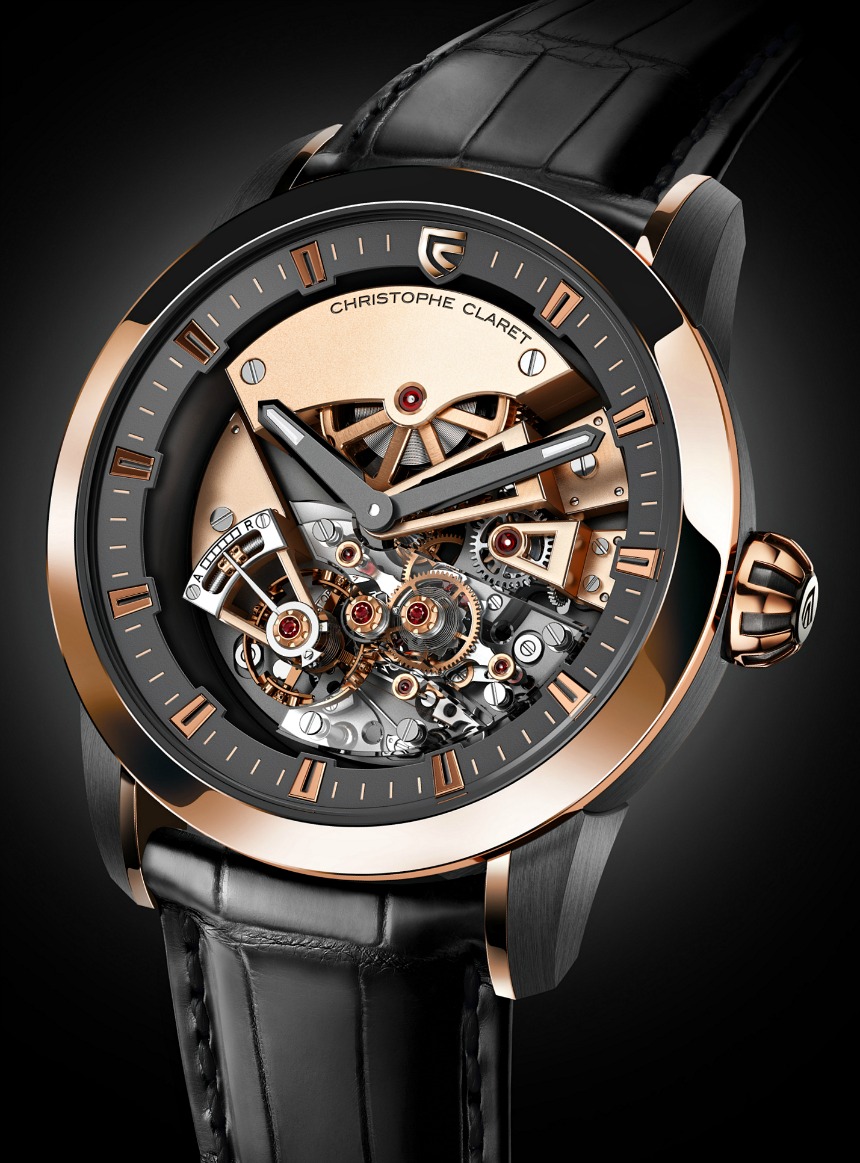 Quite remarkably Christophe Claret has released a watch that “merely” tells the time. Yes, it is true: while the new for 2014 Maestoso is anything but a simple watch, its only indications are the hours and minutes. That is kind of a big deal from a man who finds standard minute repeaters and tourbillons to be more or less passe. Nevertheless, the Maestoso is an extreme exercise in mechanics and with a detent-style escapement and constant force escapement, it should once again prove to be an object that captures our horological fascination. 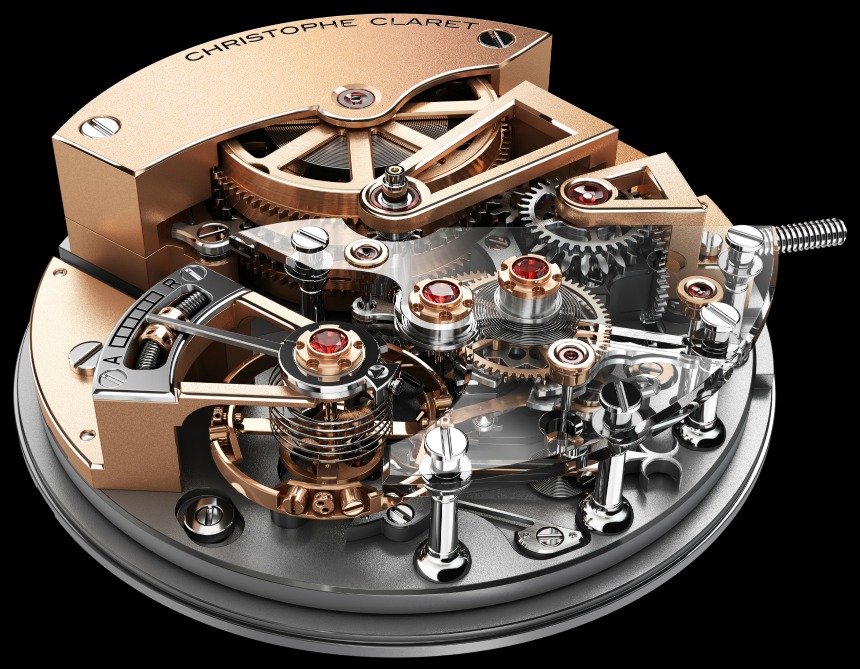 Of course Christophe Claret being himself, he sought out to take this traditional technology and make it work for a wrist watch. Thus, in the Maestoso you’ll find a new type of detent escapement designed to be abused a bit. Because most detent escapements are sensitive to any shock, the issue was ensuring that the Maestoso’s escapement could withstand normal wrist watch wear. According to Christophe Claret this required three new patented inventions as well as some clever engineering to get right in the new watch.

The first step was ensuring the newly designed system has a mechanism to prevent the detent from “turning over.” The in-house made Caliber DTC07 has an anti-pivot cam that puts the escapement between two sapphire crystal bridges which allows for shock absorption. There is also a “flexible thrust bearing” that is fitted on the wheel and connected to the balance to absorb shock. Further, the watch also has a constant force escapement.

We first saw Christophe Claret use a constant force escapement in the 2013 Kantharos watch (hands-on here) that uniquely combined a chronograph with a constant force escapement. A similar system shows up in the Maestoso which prevent a loss in amplitude by ensuring the energy flows from the gear train in a consistent manner. What does all this mean and why did Christophe Claret include it in a single movement? Plainly, it is about accuracy and the pursuit of horological precision which is the foundation of all timing-related innovation that watchmakers today seek to reintroduce and interpret for modern collectors.

What isn’t known is just how accurate the Maestoso is. I will broach this topic with Mr. Claret when meeting with him to view the new watch, but from a purely voyeuristic standpoint the movement is a wonderful thing to see as all the important elements are on the dial, and not on the rear of the watch. Another important mechanical element is the cylindrical versus flat balance spring. Such three-dimensional balance springs are rare in watches, but you see them in pieces such as the Jaeger-LeCoultre Gyrotourbillon II and III watches. Operating as a relatively slow 2 Hz, the watch gets 80 hours of power reserve out of four mainspring barrels. That means it is more or less a power hog. 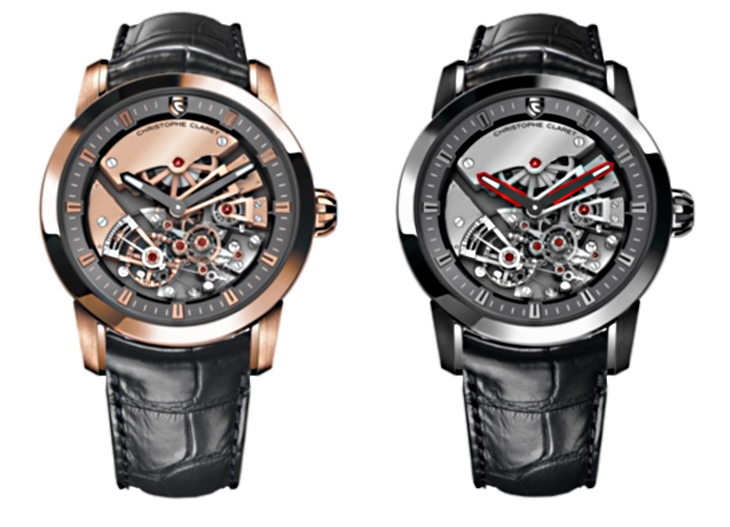 Visually, the exposed area of the movement is lovely and should prove a joy to observe. The sapphire crystal brands aid much in being able to view the details of the movement with ease. The dial of the watch however feels a bit unbalanced, as though most of the things to see are on the bottom, and the larger unfinished plate toward the top of the dial looks bare by comparison. This would have been a great place for something like a power reserve indicator.

Housed in Christophe Claret’s now typical modern case, the Maestoso is 44mm wide and 13.59mm thick. There will be three limited edition versions including an 18k white gold and titanium model with ruby hands, an 18k red gold model with black ceramic lined hands, and the mostly pictures 18k red gold and black PVD titanium model also with black hands. Each will be limited to just 20 pieces – making for a total of 60 Christophe Claret Maestoso pieces that will be produced. I quite look forward to seeing it in person. Prices are $178,000 in 18k rose gold/titanium, $182,000 in 18k white gold/titanium, and $186,000 in 18k rose gold.  christopheclaret.com 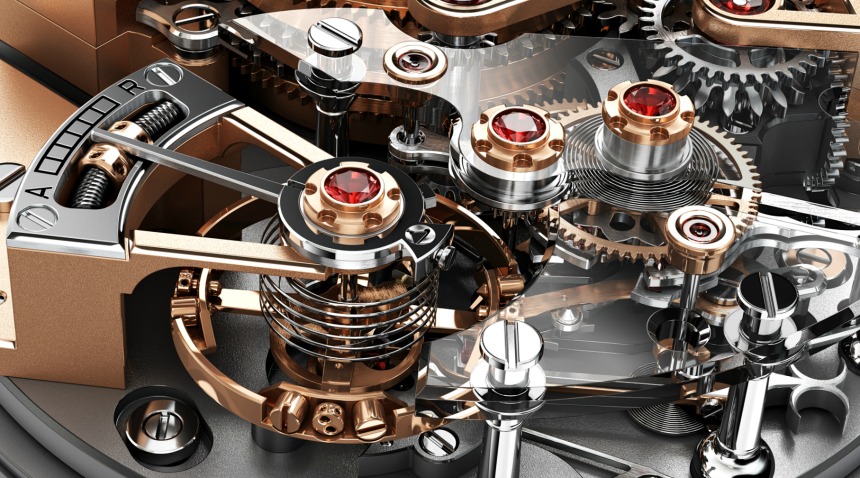 –       Escapement mounted on a shock-absorbing bridge