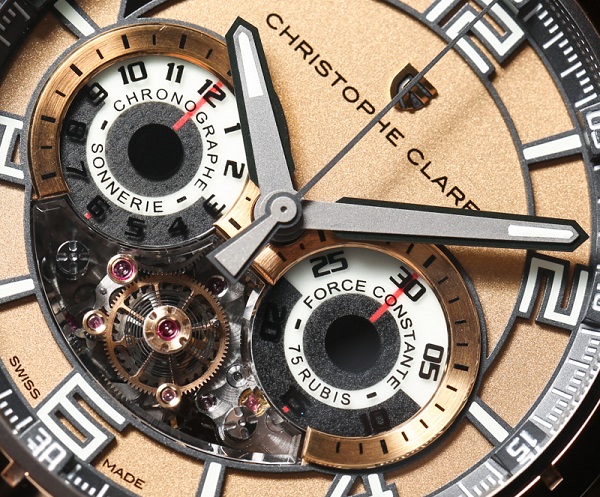 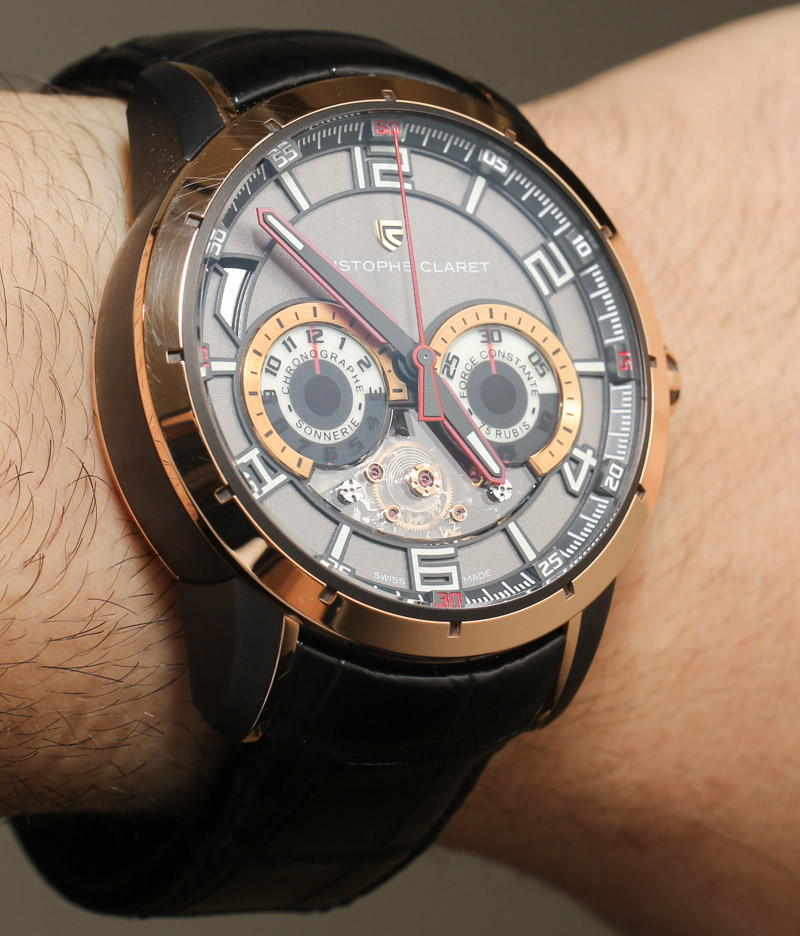 Without question, Christophe Claret produces some beautiful and engaging timepieces. Hands-on with the new for 2013 Kantharos just reinforces that. There is a certain magic to them that goes beyond the lusty appeal of traditional watches and into the heart-pounding “I want” of novel gadgets and tech toys. For me, that is really what Claret watches are – “mechanical tech toys.” From the perspective of an onlooker who has never seen or handled these watches it is probably quite easy to either dismiss then as odd expensive designs, or something that merely looks good in pictures. Not true.

You don’t need to love how they look. In fact sometimes I wonder if I like the idea of a timepiece that stares back at me – as the Kantharos does with its two owl-like eyes that service as the discs for the chronograph and seconds subdials. Nevertheless, heaps of impressive detailing make disliking these timepieces very difficult. When we debuted the Kantharos timepiece to the world back in April a few things were made clear. First, it is the lowest price Christophe Claret branded watch to date and seems to have a love affair with Tron (see the view in the other post). 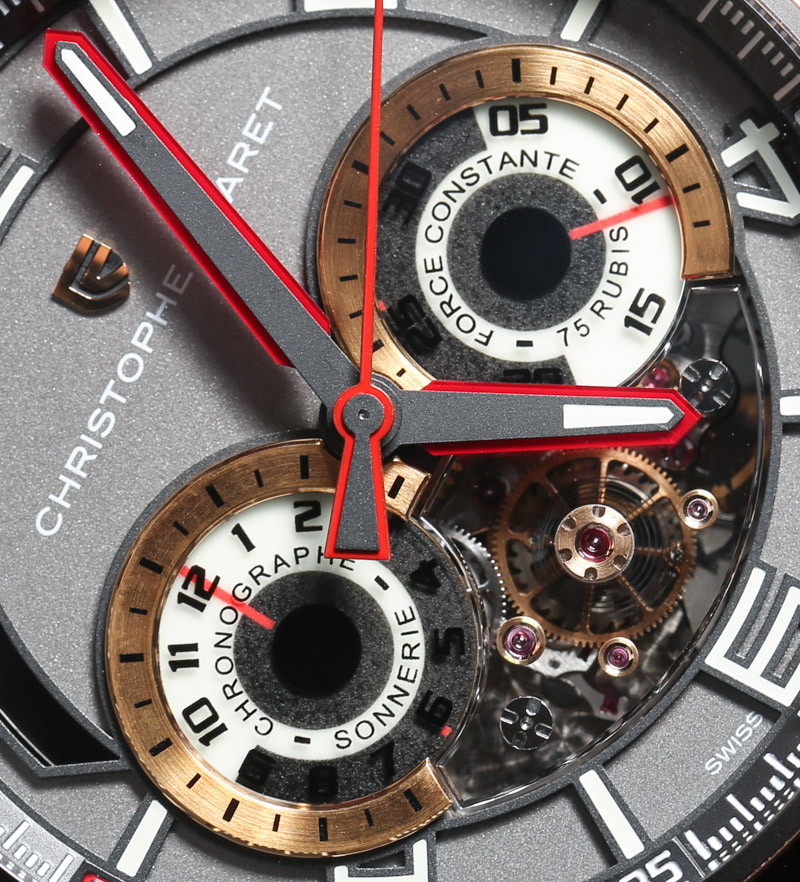 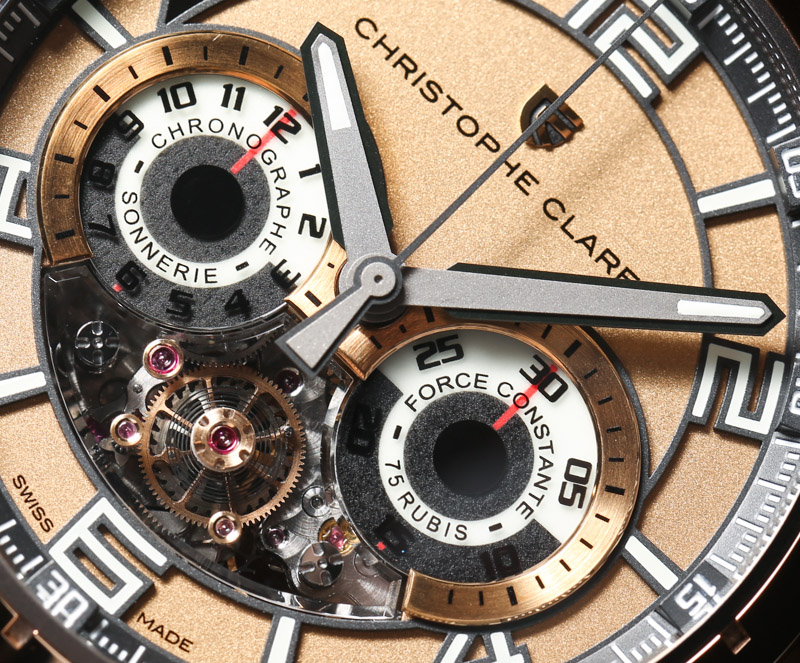 Starting at around $100,000, the Kantharos is an intriguing combination of complications that we’ve never before seen together. In a sense, much of the novelty is merely about the fact that no one has decided to arrange these features together before. Claret himself probably sits down with a list of timepiece complications and decides what he wants to put into his next watch. Like a witch’s cauldron, each new timepiece becomes a strange elixir whose effects are unknown. What is the net outcome of a automatic-winding monopusher chronograph with sonnerie-style pusher and constant force escapement? I don’t rightly know – but I like it.

The magical mix of elements is really just part of what Christophe Claret is all about. Mixing in modern and science fiction themes is how he communicates to the world what he values and what inspires him. In his own worlds, his current journey as a watch maker is to marry the world of traditional watch making with the world of today in a way that somehow feels relevant. True enough, place a vintage Breuget next to your non-horologically inclined individual and they perhaps will barely notice it. Put something like a Christophe Claret Dual Tow, X-Trem-1, or Kantharos next to them and they will pick it up eager to inspect what marvel you’ve just placed before them. It’s true, in today’s mass luxury market landscape (there is such a thing), you need to be bold and classy to survive, lest you want to chase after a select group of nerdy watch lovers for the rest of your life. 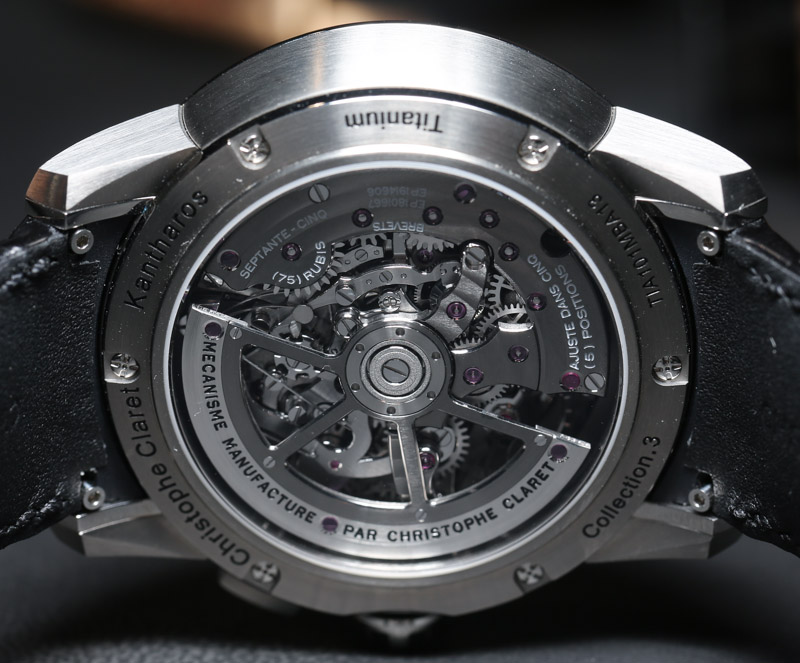