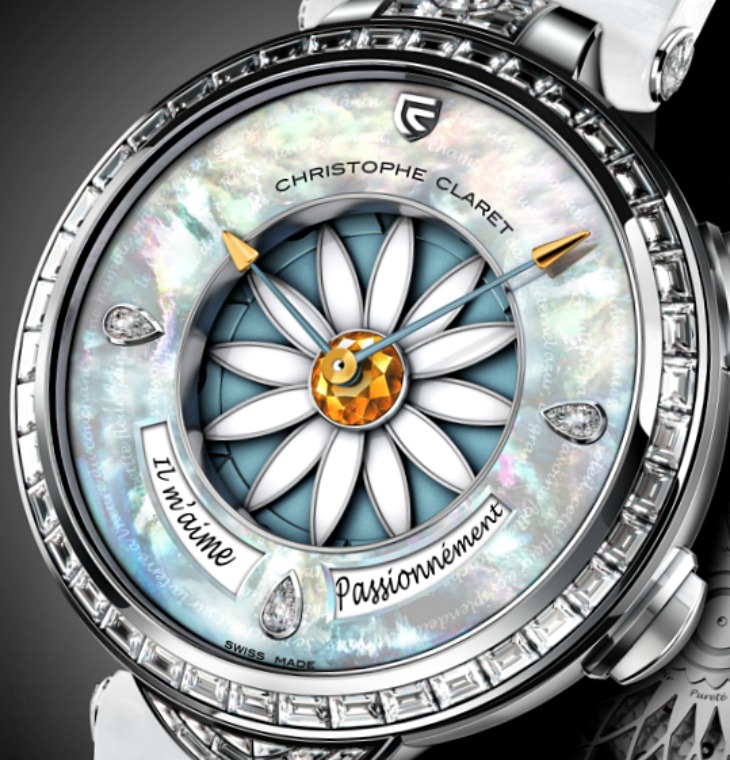 Christophe Claret Margot: His First Watch For Women That They Will Love/Love Not 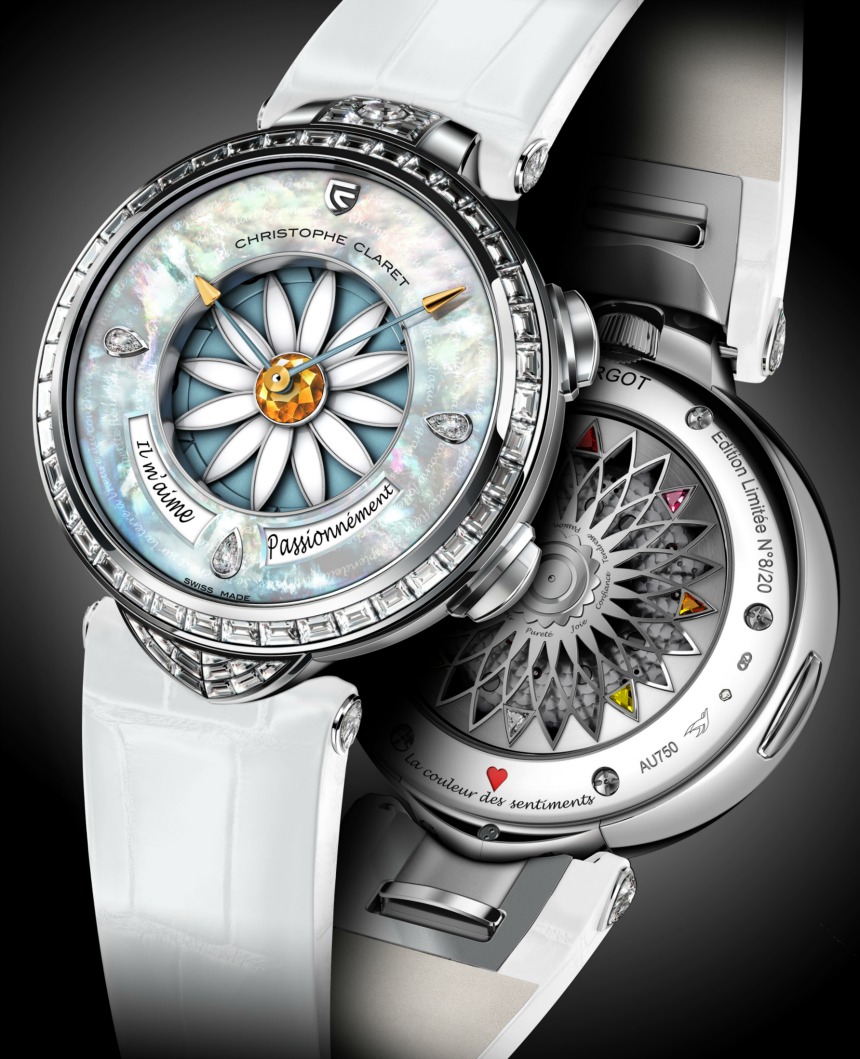 The Margot is Christophe Claret’s first watch ever intended for women, and we have to admit that it is rather imaginative. The maker of extremely high-end complicated men’s watches wanted to create something unique for females, so he made a watch with a poetic complication very similar in theme to what a brand like Van Cleef & Arpels would create. Though I had to say that only an independent watchmaker such as Christophe Claret would have the mind and motivation to take a concept such as this so far. The complication in the Margot watch is a simple game of chance, and the irony is that by mere having the watch in her possession, the owner knows the answer to its question already.

For the Margot timepiece Christophe Claret has finally mechanized the romantic question of “he loves me?” asked to a daisy flower. As it goes here in the United States, a woman picks a daisy and plucks one petal at a time while vacillating between “he loves me” and “he loves me not.” The answer on the last petal would be correct-according to the game, that is. Apparently the game is a bit more nuanced in the French language (surprise, surprise) and there are more possible options than love or no love. Oh yes, there are degrees of love and hate. In French the “daisy game” can communicate that a man loves (il m’aime) or does not love (il ne m’aime) a little (un peu), a lot (beaucoup), passionately (passionnement), madly (a la folie), or not at all (pas du tout). The watch of course respects this more involved version of the game. 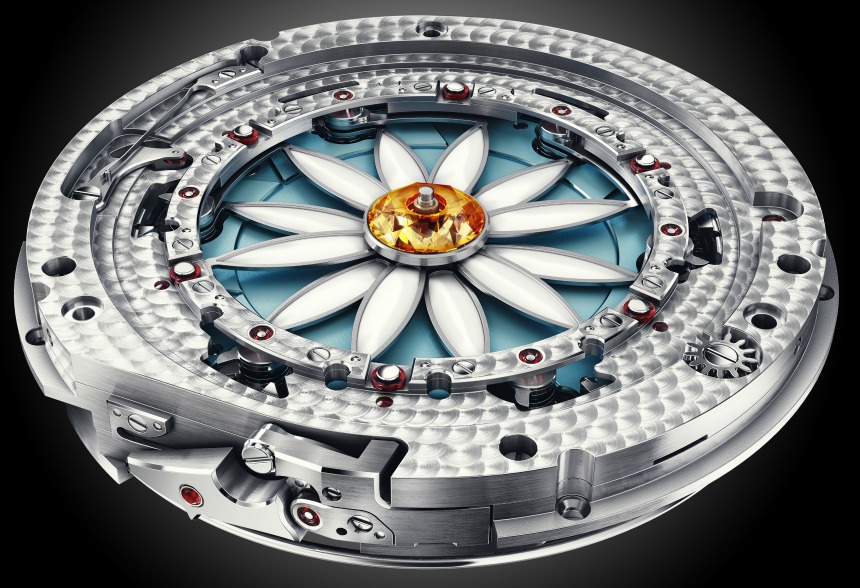 Here is how it works. The complication’s display is comprised of a daisy display in the center of the dial, as well as two windows underneath with the terms in French. Pressing the upper pusher causes one of the petals to slide under the dial and thus off the flower, and randomly selects a phrase to be displayed in the windows based on spinning discs below. Of course a chime sounds (due to the inclusion of a hammer and gong) each time the pusher is pressed. This is done until all the petals are gone and the last one reveals how he feels about you. The lower pusher resets the scene.

The many possible phrases are displayed on the blue or pink mother of pearl dial and the overall theme of the timepiece is very floral. The pistil (center) of the daisy flower is a uniquely cut yellow sapphire crystal, while pear-cut diamonds decorate the dial. The hands look a bit like stamens and are tipped in gold. Inside the watch is an in-house made and developed Christophe Claret Caliber EMT17 automatic movement that operates at 4Hz with a 72 hour power reserve. It is also very complex with 731 components. The “He Loves Me” complication has 12 possible phrase combinations and of course the “disappearing petal” complication in the middle of the dial. On the rear of the Margot watch is a geometrically cut automatic rotor visible through the sapphire crystal caseback window, and it has some gem stones set in it for decoration.

Of course the Margot watch is patently feminine in design despite its larger case size of 42.5mm in width. That alone might be OK, but at 14.52mm in thickness, it is going to be a pretty, but large wrist adornment. The case is impressively designed nonetheless, and of course includes a lot more diamond decoration in the form of either round-cut or baguette-cut stones on the bezel and lugs.

The Margot watch is further is available in either 18k white or 18k red gold with some color differences for each. Attached to the watch is a white alligator strap. As Christophe Claret’s first foray in the world of whimsical women’s jewelry watches I think he did a good job. I don’t know how many women will want or appreciate  the complexity, but at least it is a complexity in the form of a game that most anyone understands. The issue I posed at the beginning of this article seems more important though. Assuming a woman did not buy this for herself (though it could happen for sure), does she really need to ask herself these questions? Christophe Claret will produce just 20 pieces in each of the three versions of the Margot watch for a total of just 60 pieces total. Price is between 198,000 Swiss Francs (3 carats of diamonds) and 278,000 Swiss Francs (5.2 carats of diamonds). christopheclaret.com