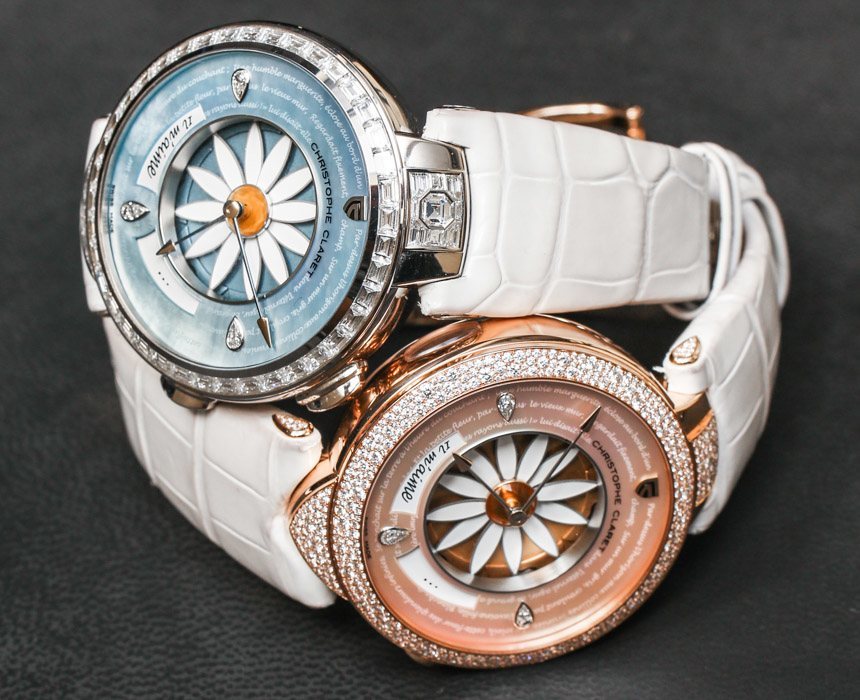 Cool enough for him, but made for her, aBlogtoWatch takes a hands-on look at the Christophe Claret Margot, the boutique watch maker’s first timepiece for women. 2014 was very much about high-end women’s watches, and 2015 will once again focus on luxury ladies’ watches to an even larger extent. While timepiece makers claim to do their own thing and pay little attention to competitors, that is clearly not as much as the case as they would have you believe. Proof, perhaps, is in the collective way they jump on emerging trends such as this.

To be honest, I don’t know all the reasons why watch makers have determined that producing ultra-high-end women’s watches is the right move for the industry right now. “Normal” luxury women’s watches are doing quite well, and to a large degree, help the Swiss watch industry maintain profits. What is new isn’t the idea of a high-end watch for women, but rather a high-end watch for women that focuses on a mechanical complications and innovative features. What the watch industry is trying to do is create demand for features and mechanisms in the female watch buyer market in a similar way that there is demand in the men’s watch market. 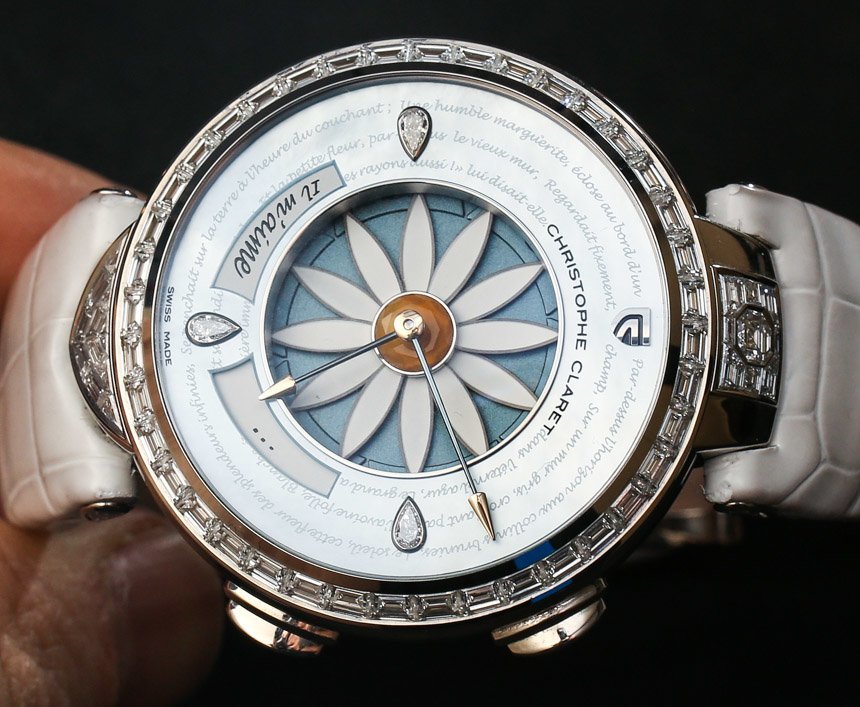 So, the real challenge for watch makers is to produce a timepiece that is both mechanically interesting as well as beautiful, if they want to seriously attract female luxury shoppers. While this task is easier for men’s watches, it is difficult for women’s watches. One major reason is size. Complicated mechanical watch movements today tend to be on the larger size – which often fit men’s tastes, but can be too large for most women’s wrists. Of course, watch makers can include specially sized complex movements for women’s pieces, but it is very time consuming and expensive to design and produce completely unique movements. I should say at this point that the Christophe Claret Margot is one of the few high-end ladies watches that does have a unique movement made specially for it.

Another issue with making high-end watches for women is knowing just what most women want. Let’s forget for a moment that, even though there are many beautiful ladies’ jewelry timepieces out there, the watch industry is a mostly male-dominated field when it comes to management. The traditional notion was that women didn’t even want mechanical movements, but rather simple quartz movements inside of attractive cases decorated with precious materials. While, to a large degree, that is still true, there is a growing sentiment in the watch industry that many women want mechanical watches produced exclusively for them. 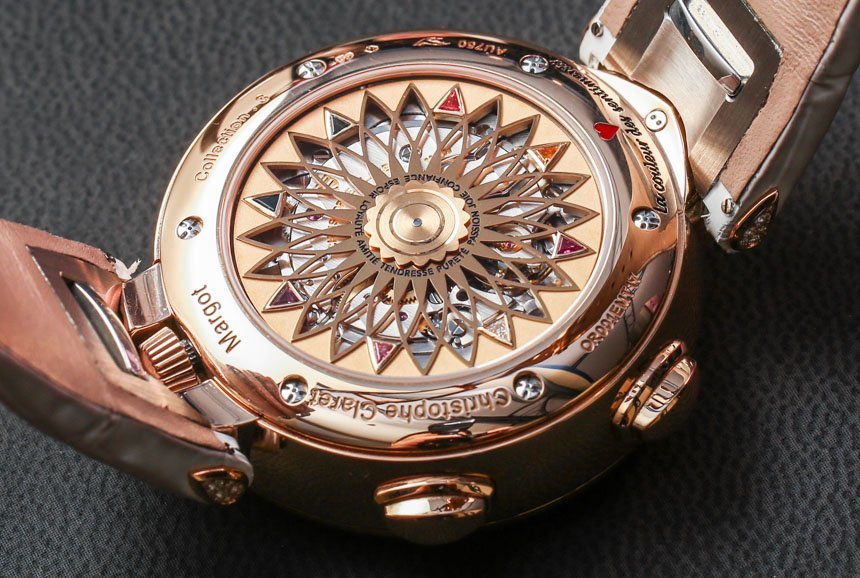 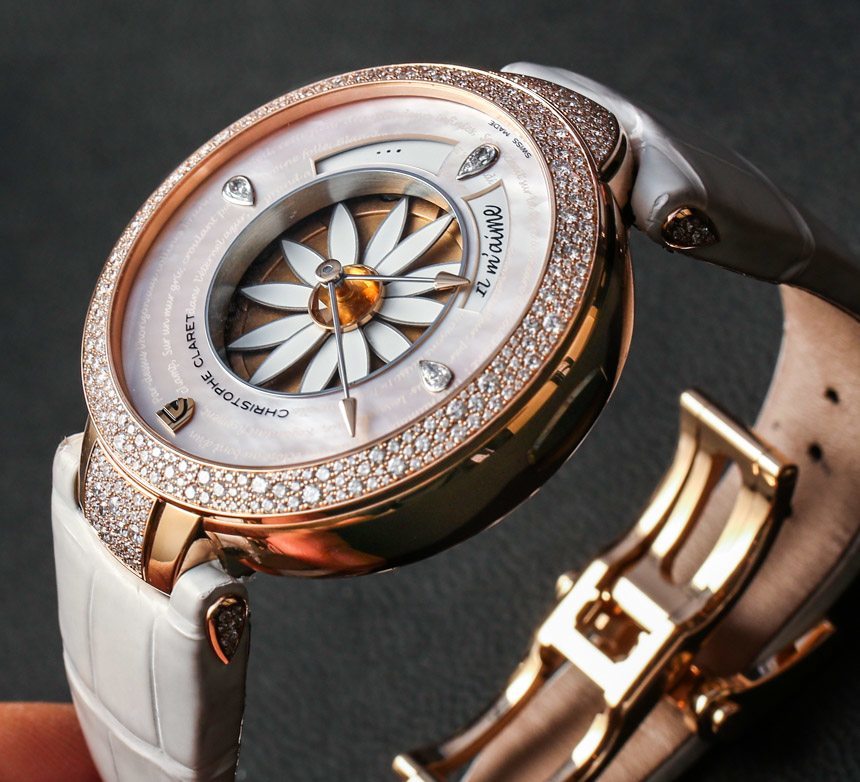 Collectively, I don’t think the watch industry knows what exactly types of complications women want. Perpetual calendars? Chronographs? Minute repeaters? It is hard to say what will have the most impact in an already ultra-niche demographic. The philosophy behind the Christophe Claret Margot was clever, but not something the larger brands could ever really copy – and that is to produce a more whimsically playful complication with an emotional – versus functional – use. Hence, a timepiece that allows you to play the “game” of “he loves me, he loves me not” (Effeuiller la marguerite). 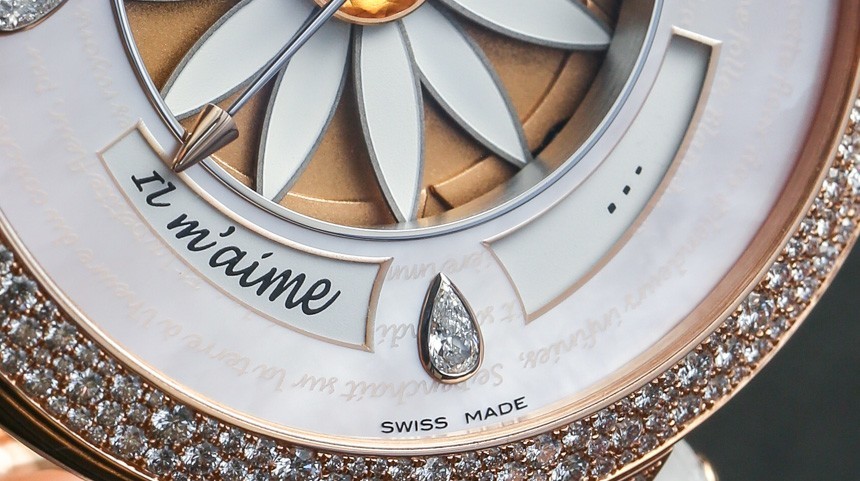