The Christophe Claret Poker watch is the finale in a trilogy of high-complication gaming watches from the master Swiss watchmaker. Going hands-on with the timepiece that plays Texas Hold ‘Em poker reveals a few things about the brand, and the art of modern high horology that people may consider but fail to utter on a regular basis. Prime among those things is that high-end luxury watches are indeed toys, and among the coolest ones in the world for those with the biggest budgets.

aBlogtoWatch debuted the Christophe Claret Poker watch to the world in January 2014 here. You should reference that article for additional details as well the history of Mr. Claret’s other gaming pieces which include the 21 Blackjack and Baccarat watches. Even though the Poker is the last of the three watches, it was the first Christophe Claret actually wanted to produce. A few select customers can now purchase all three gaming timepieces together with a handmade box that comes with poker chips and something I’ve never seen before- rhodium-plated-edge playing cards. Now, those are really cool. Anyhow, let’s get back to the watch itself. 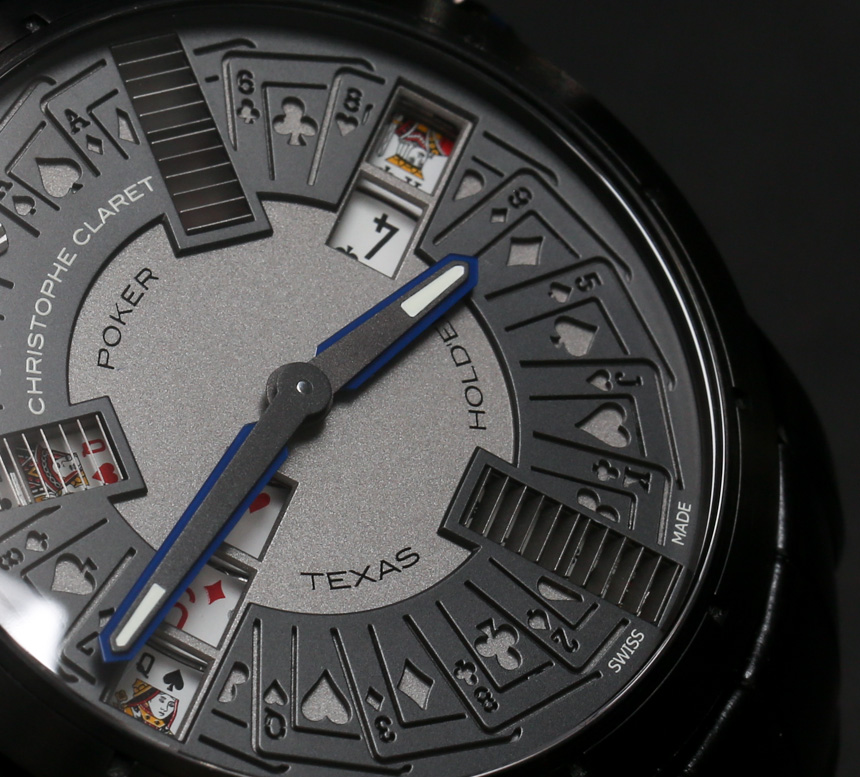 Mechanical objects are rarely as convenient as their more modern electronic counter-parts. A great example in the watch space are alarms. Mechanical alarm watches require you to wind up the alarm each time, aren’t always very loud, and are difficult to set with precision. They also don’t offer a snooze feature. Look at most inexpensive Casio watches and you’ll find that they have multiple daily alarms with a range of handy features no mechanical alarm could ever have. With that in mind, it would be logical to presume that a mechanical timepiece that plays poker has some drawbacks.

Now I am not saying that the Poker watch is as sophisticated as video poker, but playing it on the timepiece is surprisingly refined. It features a full game for up to three plays, and it is fun enough to sit there and continuously occupy yourself. There has been some doubt among the more mathematically inclined as to the ability of the Poker watch to actually randomly display the over 32,000 possible hand combinations using the series of discs that display what comprises the equivalent of a full deck of cards. Claret himself is not the type of guy to gloss over such details and to him the ability of his products to back up their claims is important. I honestly cannot comment either way as I haven’t engaged in an empirical test, though it seems satisfying enough for me to play with. Would I base the foundation of a high-stakes poker game on the watch? Perhaps not, but for casual play it sure hits the spot. 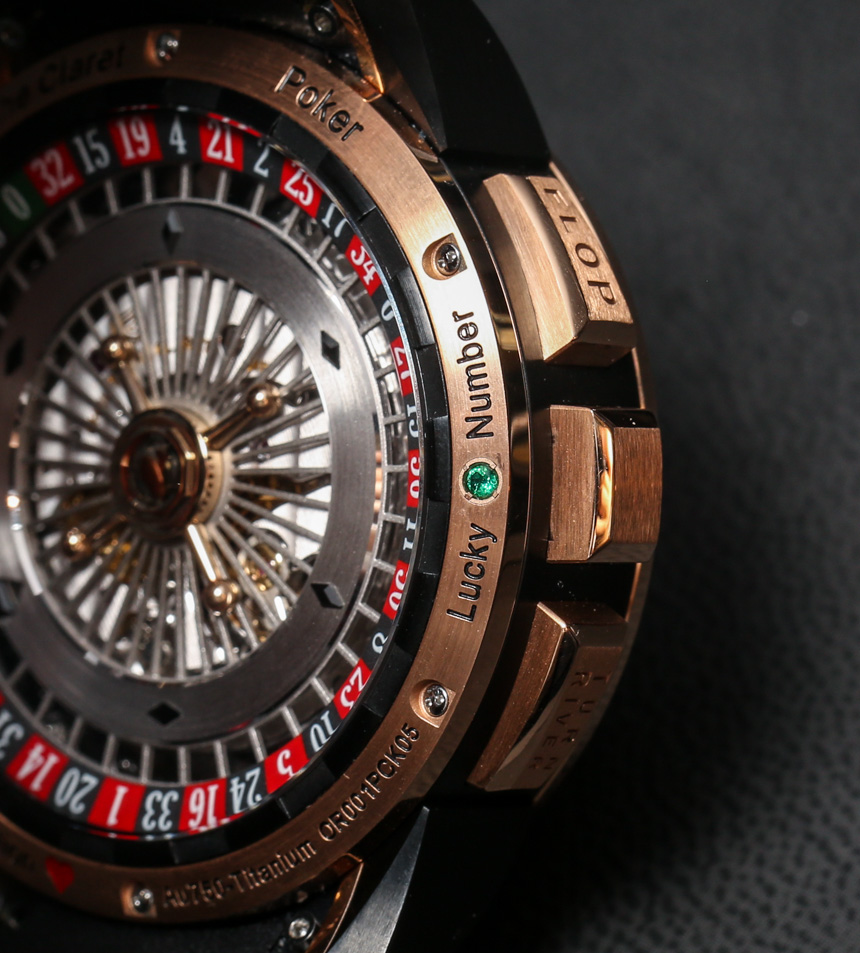