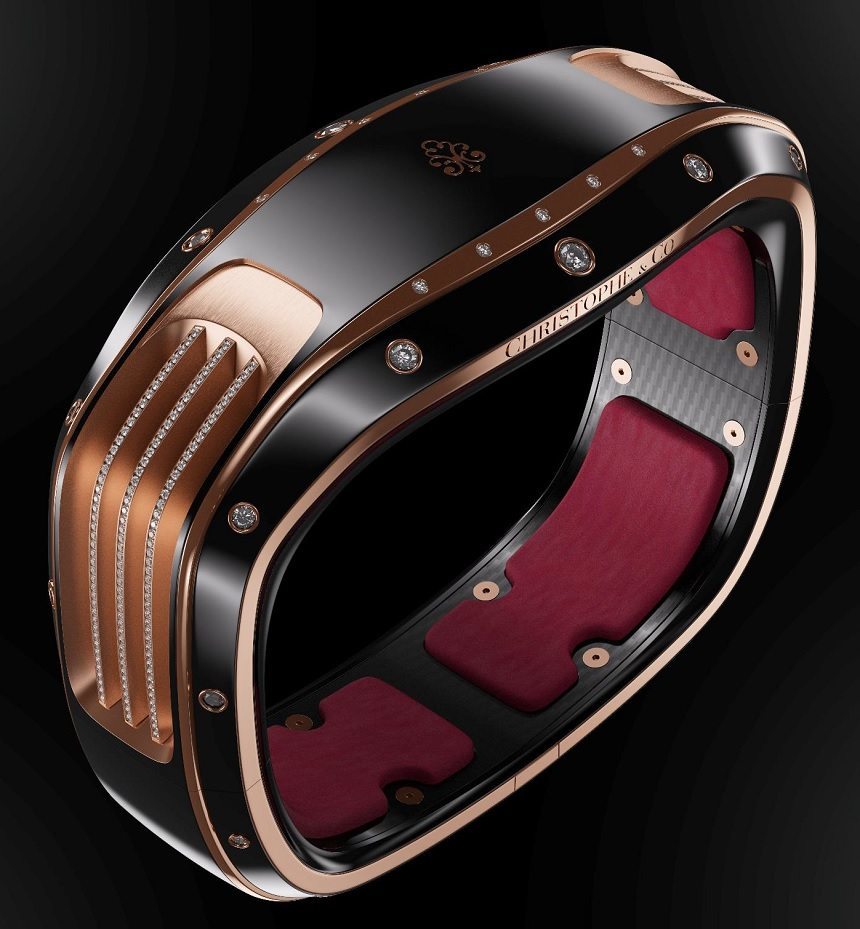 The smart watch and wearables segment is evolving quickly and has us extremely curious to know how the luxury industry will find a space within an area they historically have very little experience – digital technology. New brand Christophe & Co. began with a very simple premise – to create an ultra high-end wearable that incorporated elements of high tech while focusing on exclusivity as a jewelry product for men. The Christophe & Co. Armill is not a watch – which leaves timepiece lovers free to wear their timepieces along side their often one-of-a-kind Christophe & Co. smart bracelet. The debut Christophe & Co. Armill models will be the “entry-level” Virtus, then Orion, and topped off with the ultra ritzy Apollo.

I’ll get to the technology part in a moment, but I do want to say that Christophe & Co. designed these wearables to incorporate small rotors that charge their batteries like automatic or auto-quartz watches generate power via the motion of one’s wrist. Christophe & Co. claims that the power reserve can be up to one year, and with frequent wear, users won’t likely ever need to charge their Armills devices. 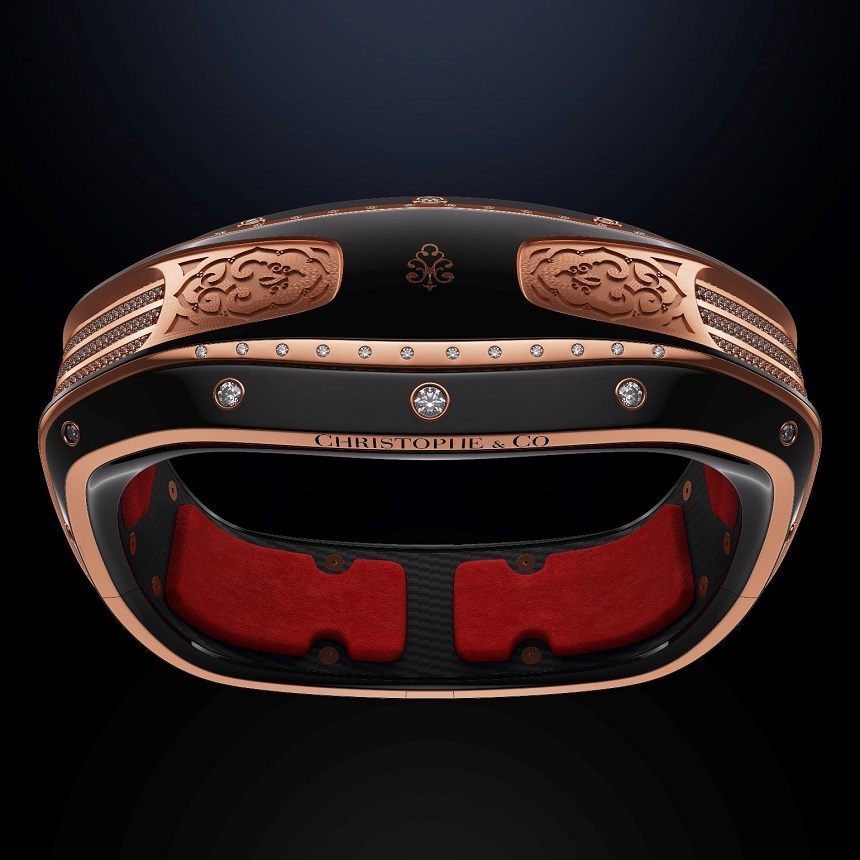 The term “Armill” refers to an ancient type of bracelet often worn for symbolic protection or to designate one’s own esteemed status. To create the design for their Armill, Christophe & Co. hired the world-famous talents of the Pininfarina design house in Italy – mostly know for the design of Ferrari cars. Pininfarina combines a slightly automotive and very modern edge to this high-end wearable that will consist of a lot of gold and precious stones. It is about as masculine as you can get but still have something decorated with diamonds. Pininfarina further designed the Armill to be more square in how it fits on the wrist which should actually make it more comfortable and not dangle around like a bangle. An inspection of the early renderings shows that for comfort, each Armill has some padding built into the inside.

According to the brand, each Christophe & Co. Armill will be produced in Britain and begins with a carbon fiber inner frame (with is apparently also produced in Britain). On top of that will be a range of materials from 18k gold to high-tech ceramic, as well as precious stones. While there are various limited edition versions of the Christophe & Co. Armill, the company has made it clear that they wish each piece to be individualized to the wearer – and often perfectly sized for the owner’s wrist. Further decorative features include hand-engraving on some models. 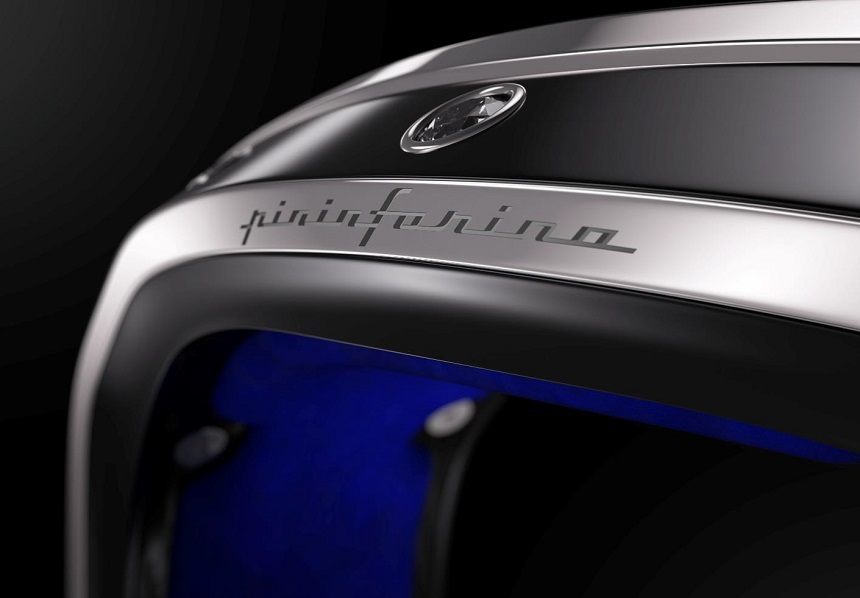 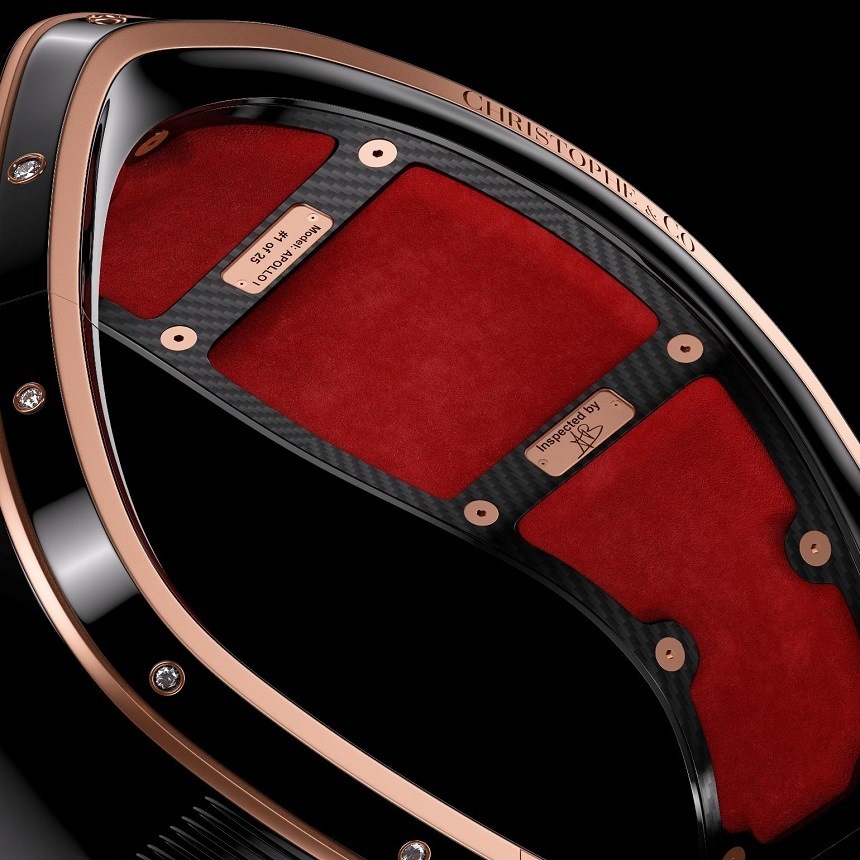 Pininfarina worked hard to ensure there was a bit of “old world royalty” in the design, as well as a modern flair that would appeal to today’s high-end sports car or yacht owner. Christophe & Co. will also have special versions of the Christophe & Co. Armill for various markets with some “local flavor.” For example, Christophe & Co. Apollo Armills come with hand decoration, and for the Chinese market, they will have engraved dragons, while for the Russian market, they will have St. George slaying a dragon. With that said, Christophe & Co. maintains its dedication to “serious exclusivity” with a desire to push personalization services for each of its products. The comfort angle of this involves not only sizing the Christophe & Co. Armill bracelets to each customer, but also ensuring the precise amount of Alcantara leather over the memory foam inserts. 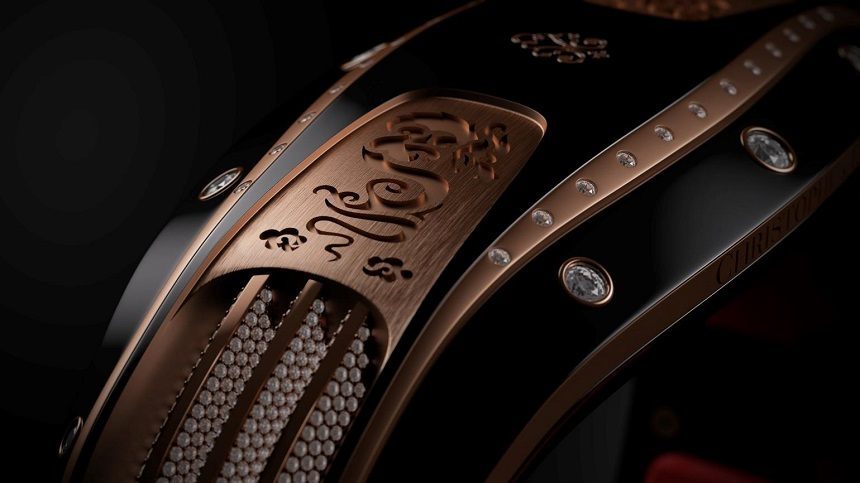 In addition to the marvel of engineering found in the jewelry piece itself, we offer a cutting edge embedded hardware module as an option. This module is fully upgradable as technology advances and employs ultra-low power NFC and Bluetooth LE communication technologies in conjunction with a ground breaking kinetic energy generation system to recharge the battery using the natural motion of the user’s arm. This allows for up to a year or longer between wireless charges. The functions of the wearable technology module include a one button valet press which communicates through the user’s phone and Christophe & Co companion app to the personal assistant’s phone in order to alert them that their presence is requested. Additionally, the secure module can be used in order to authenticate the user for entry into partner events and venues around the world. Future functions in development include integration with smart home, yacht, or vehicle, gesture recognition, and contactless payment. Custom functions may also be requested.
Owning a Christophe & Co Armill represents membership in one of the world’s most exclusive clubs. This includes access to highly exclusive events and venues around the world. These benefits include invite-only high profile social events, access to member’s clubs, benefits at top restaurants, and sold out sporting events. Additionally, every year, we hold a very private member’s only event at an exotic location in the world featuring well known chefs and entertainment. Finally, Armill owners have access to a 24/7 global concierge service via their companion app. Customers can request just about anything at any time. This service is included at no charge for three years for Apollo owners, 2 years for Orion owners, and 1 year for Virtus owners. 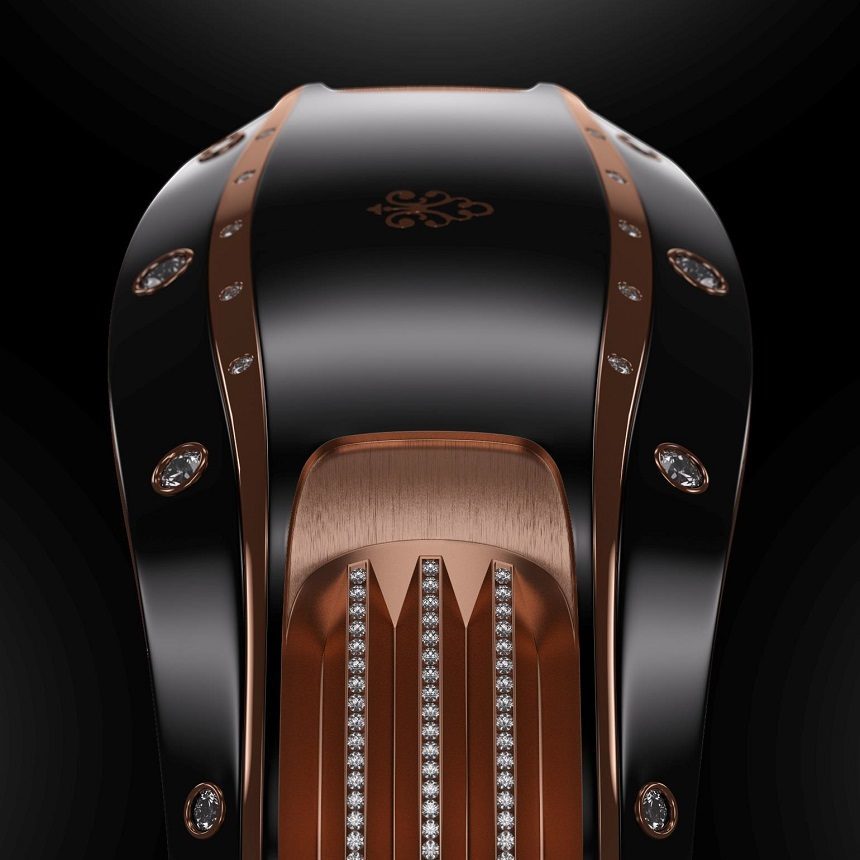 The Christophe & Co. Armills have no screen or input methods, and I am not sure if perhaps there are lights behind the precious stones that light up in order to serve as notification indicators. It looks like Christophe & Co. is relying on Bluetooth communication or NFC to integrate with a Christophe & Co., app or various exclusive clubs that they will have relationships with. In a sense, it really takes the status angle of the device a step further by offering various services to those who have the Armills, just because they have the Armills – but yes, “just what the Armills” do is still sort of a mystery. Such enigmas are perhaps better than the reality, as it allows us to use our imagination in considering what we can do with one of these Armills, and were we can go with them.