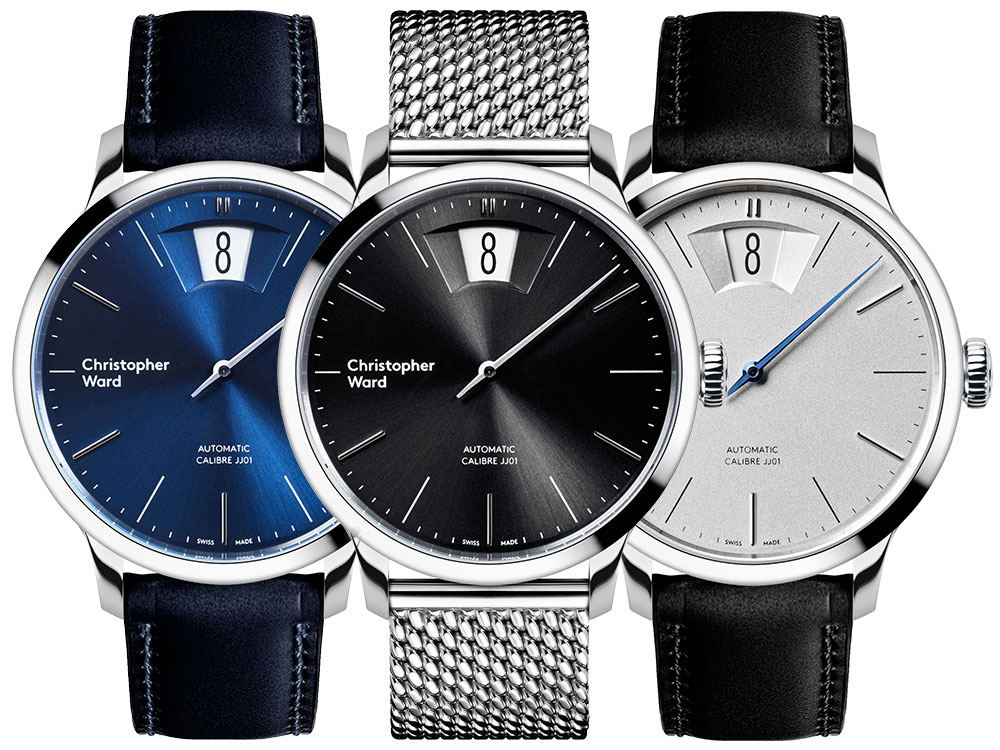 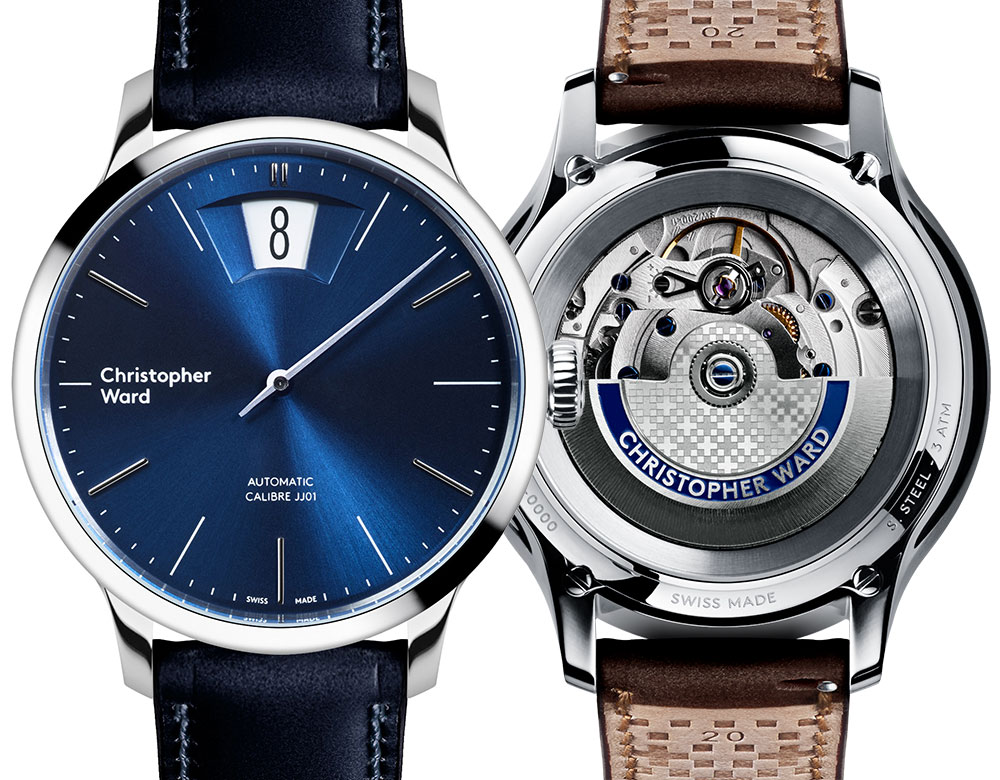 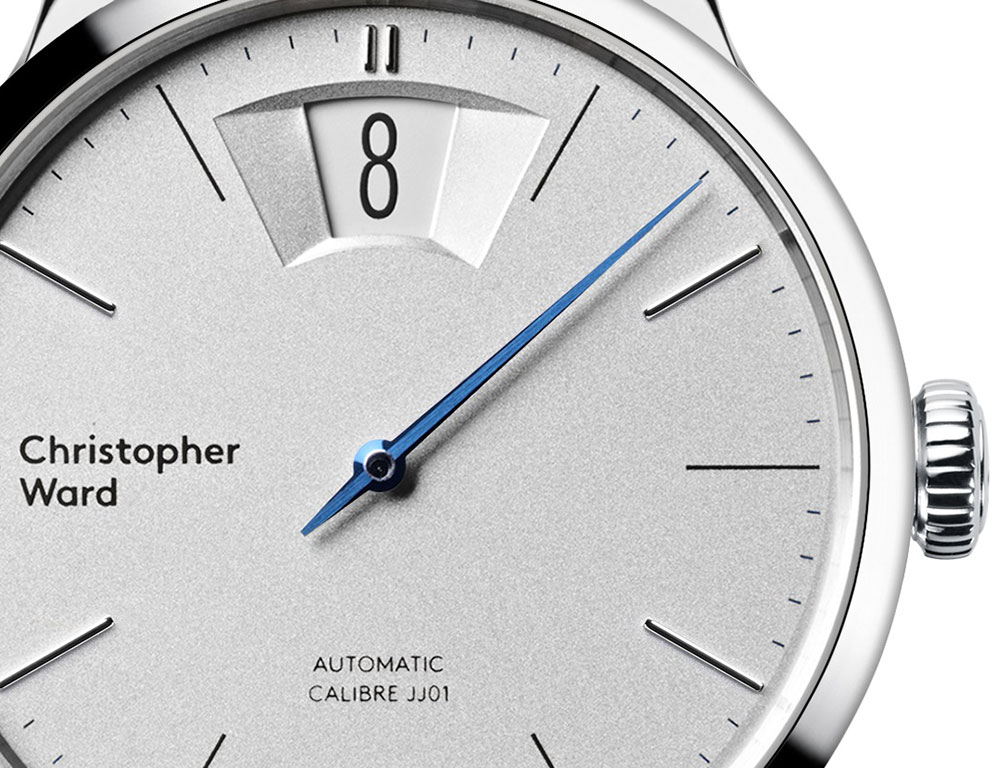 For those who may be new to this complication, a “jumping hour” as we see here means that instead of gradually moving from one hour to the next like most hour hands do, the hour display jumps at the moment when the traditional minute hand crosses the 60-minute mark. Of course, the hour hand is done away with here and the hour is displayed via a window which shows the hour as a “digital” display. The objective with this complication is to reduce the confusion of having to read two hands on a dial and is also helpful for anyone who’d like to know what hour it is at a quick glance. Also, it just looks unique compared to a three-hander. 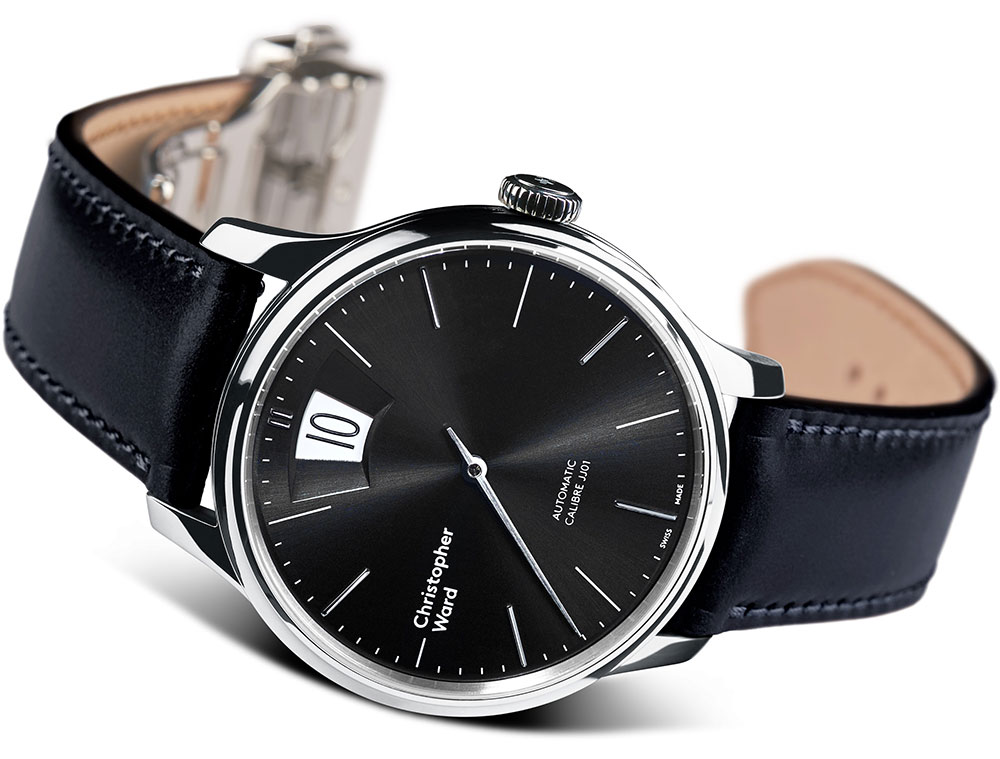 The Christopher Ward C1 Grand Malvern Jumping Hour shares the same restrained 40.5mm stainless steel case from the flagship C1 Grand Malvern Power Reserve, with a polished bezel and lug tops and a brushed case band, giving it the appearance of a well-proportioned dress watch. Like the other Malvern watches, the Jumping Hour has a 30m water-resistance rating and a twin-flag motif on the crown. 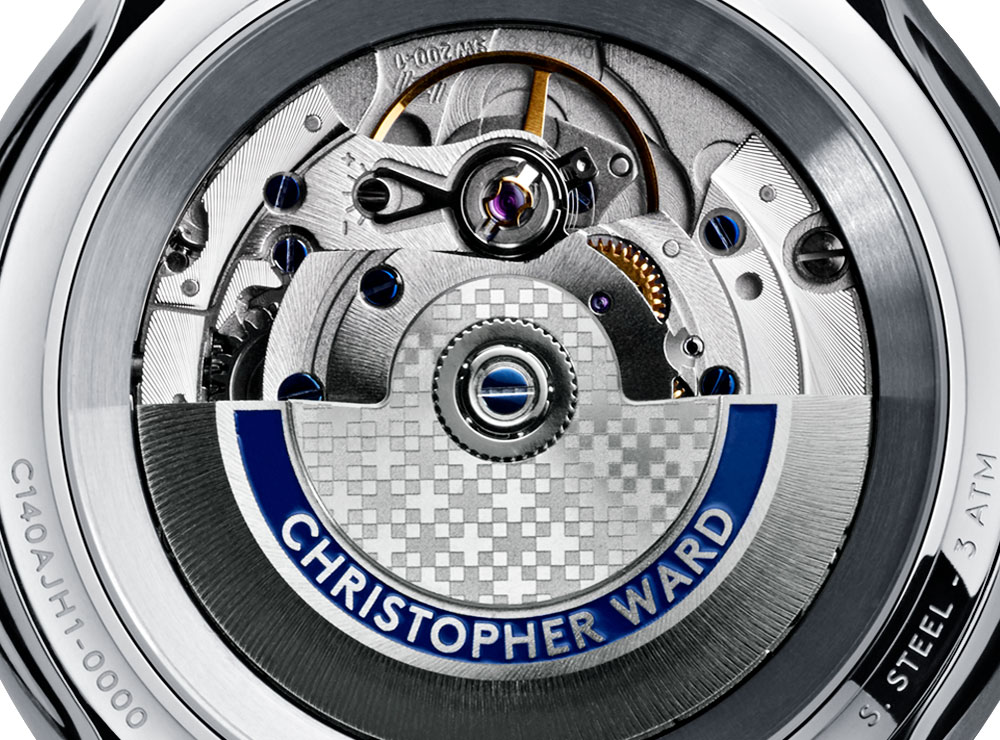 Under the dial, the Christopher Ward C1 Jumping Hour shares a similar beating heart to its predecessor, the C9 Harrison. The ETA 2824-2 base of the predecessor has been replaced by a Sellita SW200-1, which is a well-known substitute for the ETA and increasingly popular given the rapidly declining supply of ETA movements to non-Swatch manufactures. On top of this robust, workhorse movement is the JJ01 module, developed in-house. The modular route makes sense over developing a new movement from the ground up given that one of the brand’s goals is to keep prices affordable. 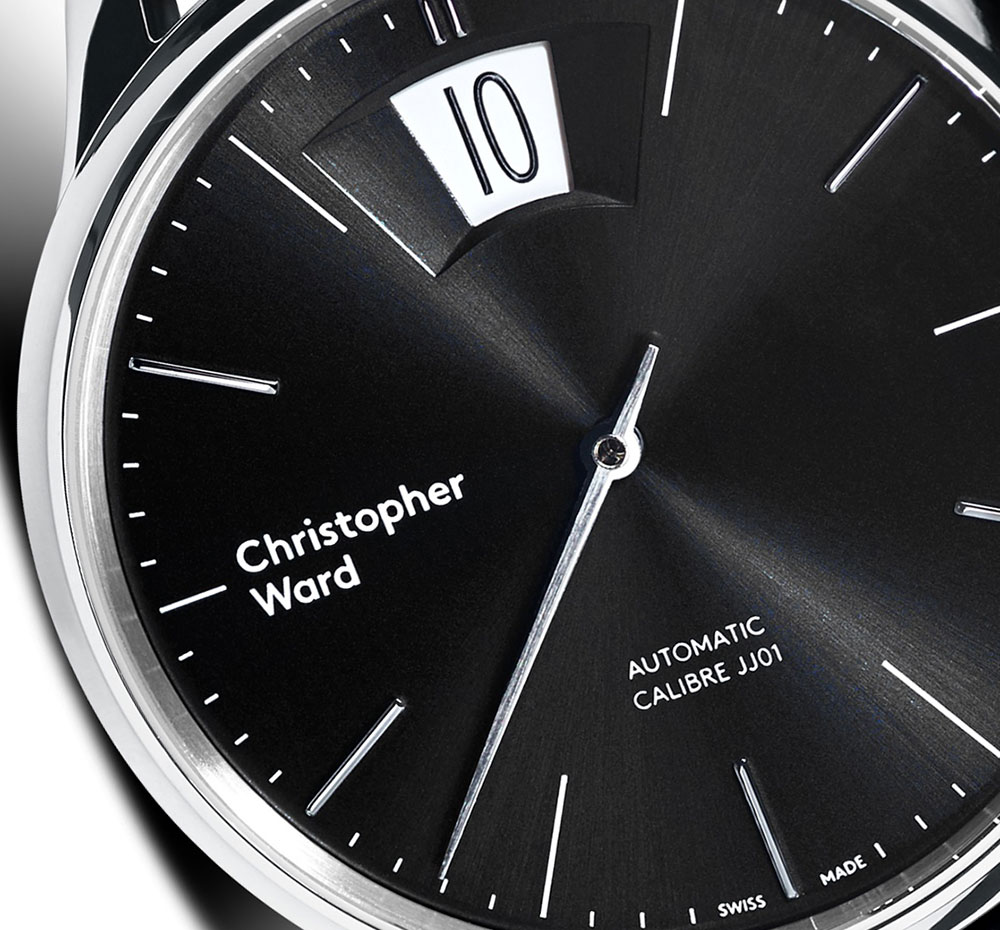 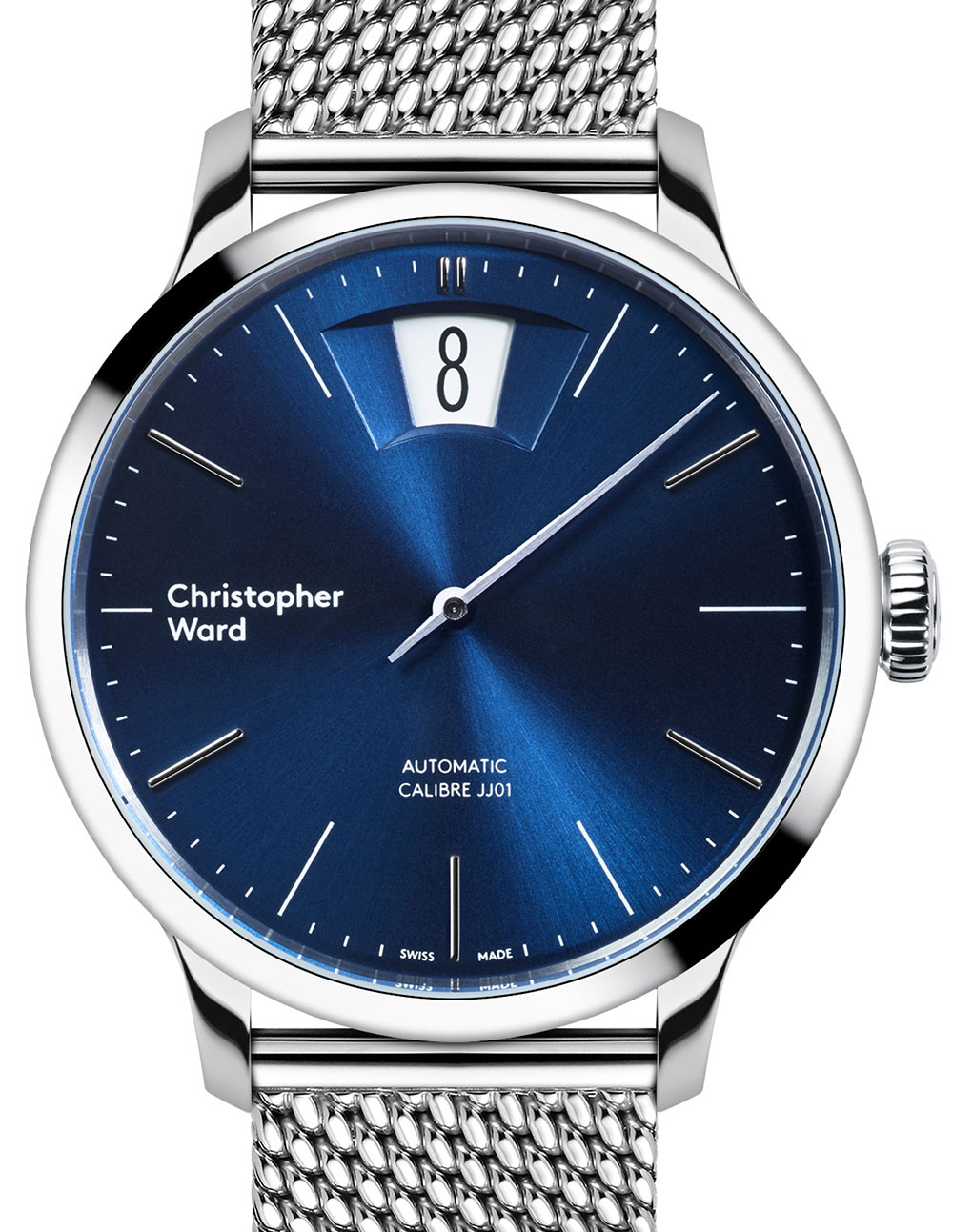 The watch is offered in three dial colors; black, blue, and white, with the latter having a domed opaline finish, with sunray finishes on the other two. There is no seconds hand but the minute hand is simple and clean and either polished or blued (depending on dial color). It is recognizable as a Malvern with the dial complementing the case and completing the dress watch aesthetic. The window for the jumping hour is at 12 o’clock and has sloping edges that echo the design of the date windows on other Malvern lines. This is a neat touch and the attention to detail is appreciated. 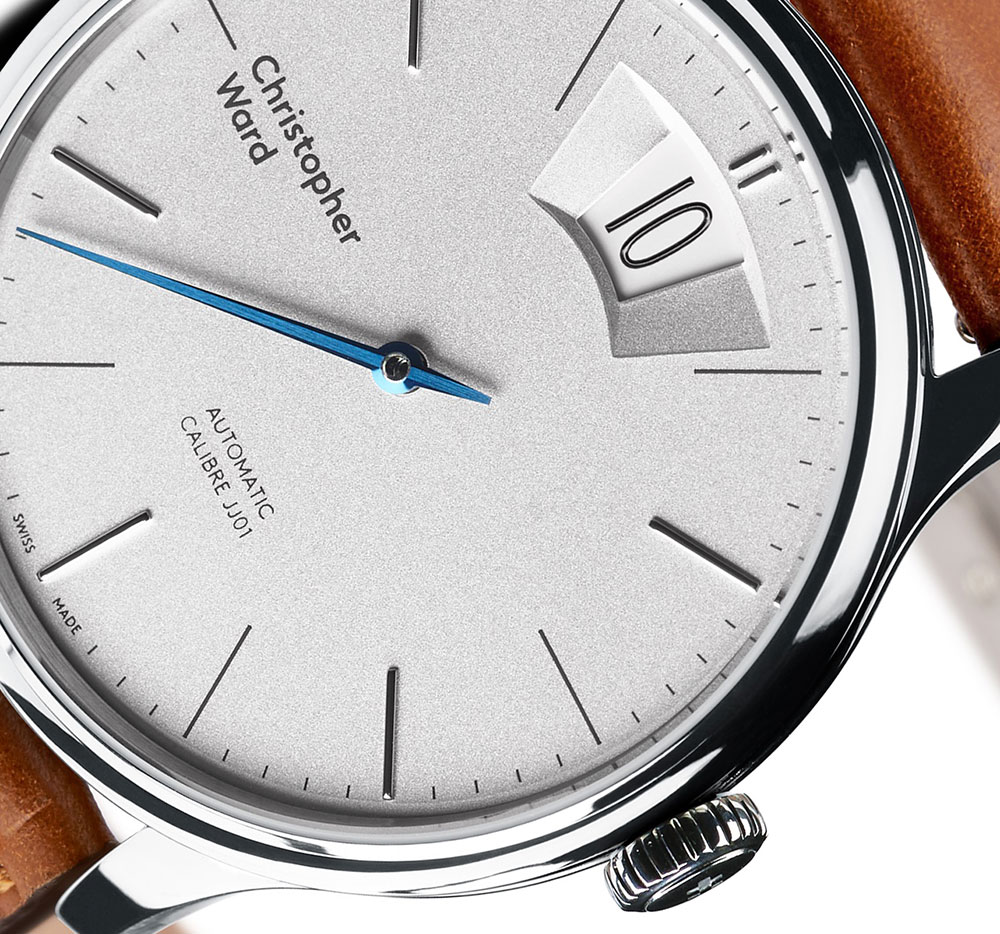