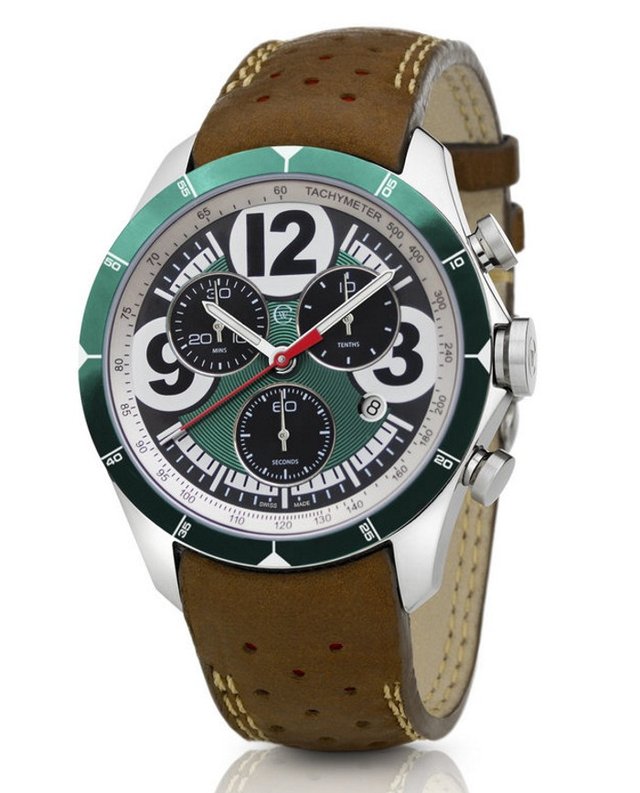 There’s a lot of overlap between watch folks and Aston Martin fans. I’m an amateur with cars, but even I’ve seen enough of the Bond franchise to appreciate a vintage Aston Martin. This car is a DBR1/2 that won LeMans in 1959. This is the only time that Aston Martin won that race, so this car is a very big deal indeed, and sold for a staggering 20 million UKP recently. Christopher Ward paid a chunk of change for this piece of the car:

Panel from the DBR1

Wonder which part of the car that is? Firewall? Anyway, they have enough metal to make a special-edition watch, 100 pieces. They are apparently big Aston Martin fans at Christopher Ward, as they had previously introduced the “C70 Aston Martin DBR1” quartz chronograph that sold out and now they’re doing the limited run with panel insets from the actual car, paired with a COSC-tested movement. 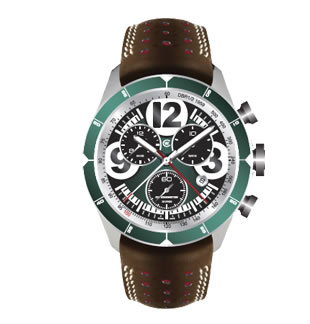 British racing green, with definite hints of a dashboard. The DBR panel is inset in the caseback, in between sapphire and an IPK plate: 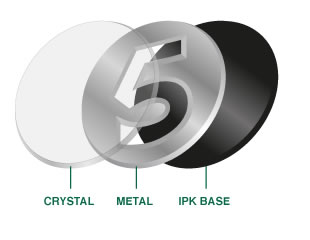 How the metal is included in the watch 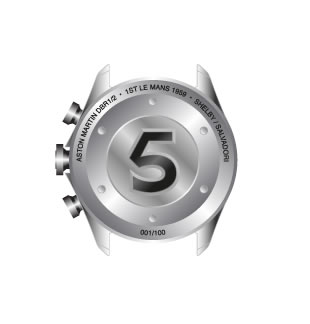 If you’re a car/watch guy or gal, that’s a pretty cool combination, definitely a conversation piece. It reminds me of how Bremont has done similar things at greater cost, with planes, ships and codebreaking; a very cool and personal way to commemorate a bit of history and legend on your wrist.

At 1,950 UKP, it’s priced as a luxury quartz. I expect they’ll sell out quickly with only one hundred made. Christoper Ward says, and I believe them, that this is actually their usual low price margin, reflecting the steep cost of the car panel.