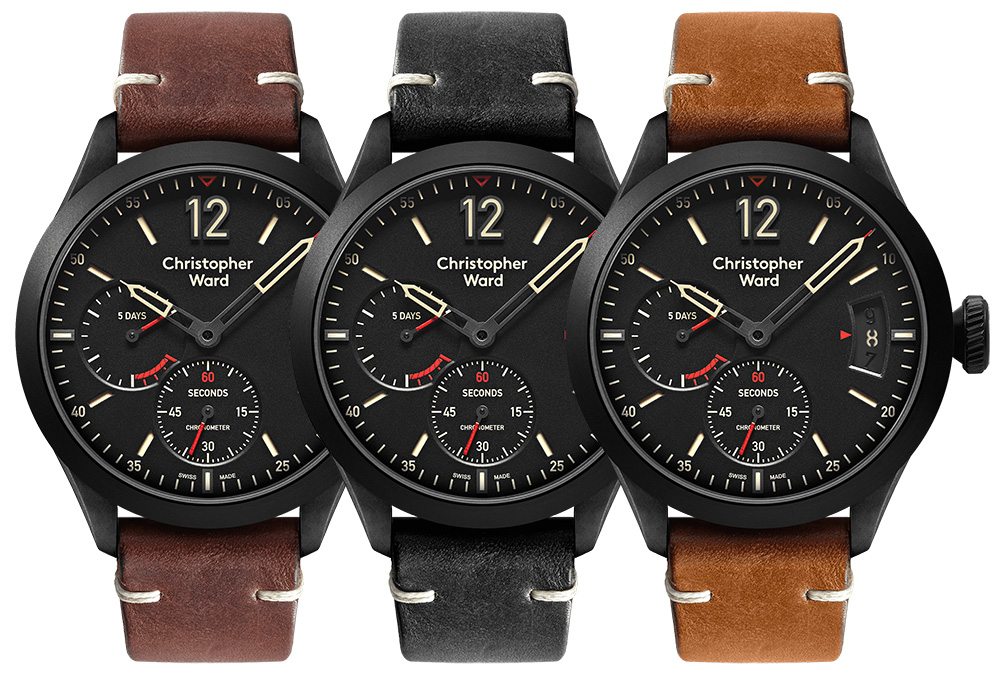 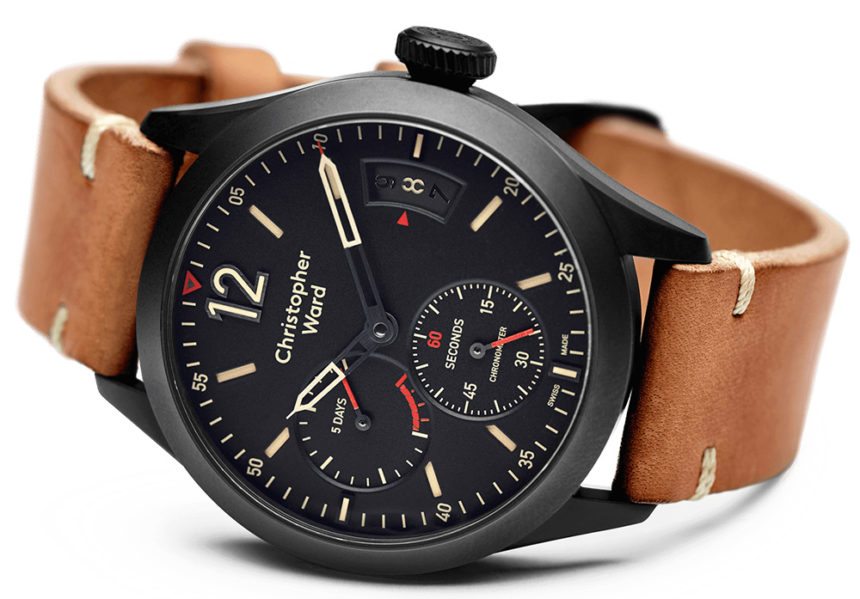 The folks over at Christopher Ward sure have been keeping busy. Among a number of recent releases such as the C8 UTC Worldtimer is this Christopher Ward C8 Power Reserve Chronometer with a 120-hour (or 5-day) power reserve built on the company’s in-house, COSC Chronometer-certified caliber SH21 movement. Showcasing Christopher Ward’s new brand image and expanding technical capacity, the characteristic Christopher Ward focus on value is maintained at just around $2,000. 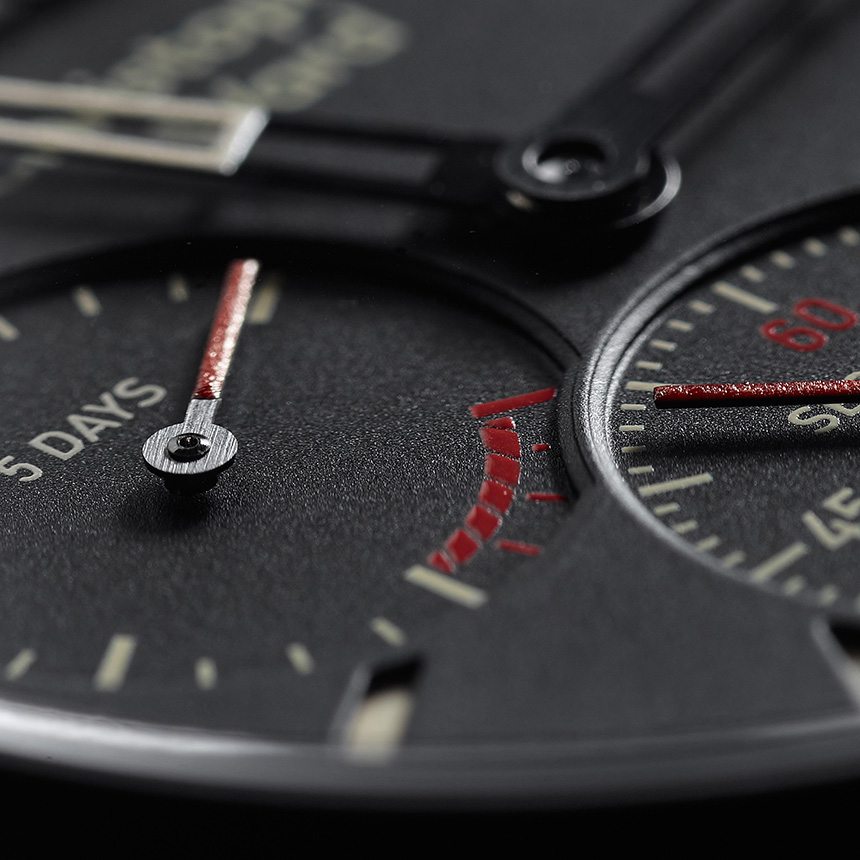 First, let’s talk about the power reserve. It was designed by master watchmaker Johannes Jahnke who was also the designer of the company’s caliber SH21 movement. Known as something of a young star in the world of horology, Jahnke was kept on by Christopher Ward after the caliber SH21 was completed with the intention of creating new innovations and complications for its watches. As with the original SH21 movement, the new Christopher Ward C8 Power Reserve Chronometer watch will be able to go through a standard work week before having to be rewound. As a manually wound movement, the power reserve indicator on the dial is helpful and appreciated – as is the “5 Days” reminder text. 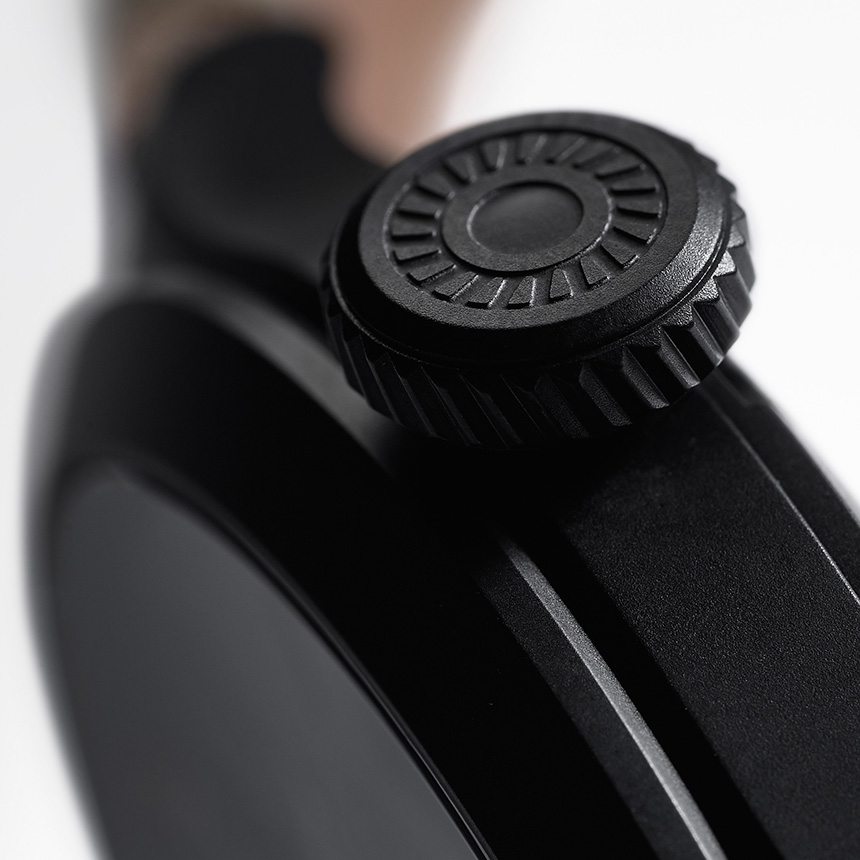 The design of the Christopher Ward C8 Power Reserve Chronometer watch is based on the earlier C8 Flyer model, but also takes heavy influence from the Smith MK II A clock used on the instrument panel of the Spitfire Supermarine, the WWII British fighter most famous for its use in the Battle of Britain. Set in a black diamond-like carbon (DLC) case, the matte-black dial features khaki-colored text and markers, giving the watch a retro look that comes off well, especially with the addition of a few red accents. The large “12” at the top of the dial is in Arabic numerals taken right from the Smith clock. These numerals, the hour indices, and the hands are all coated in Super-LumiNova for low-light use. 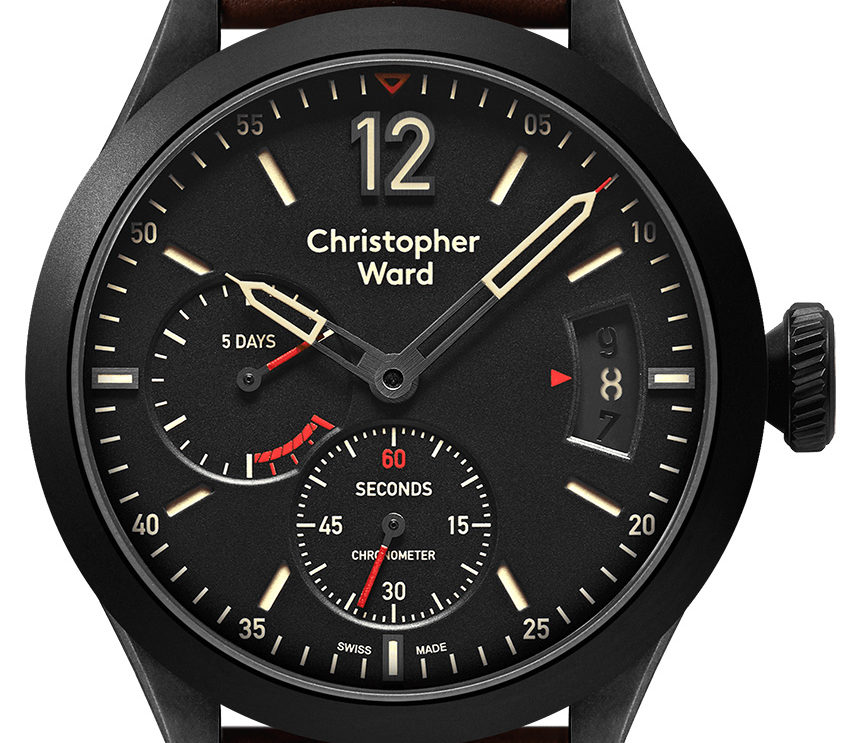 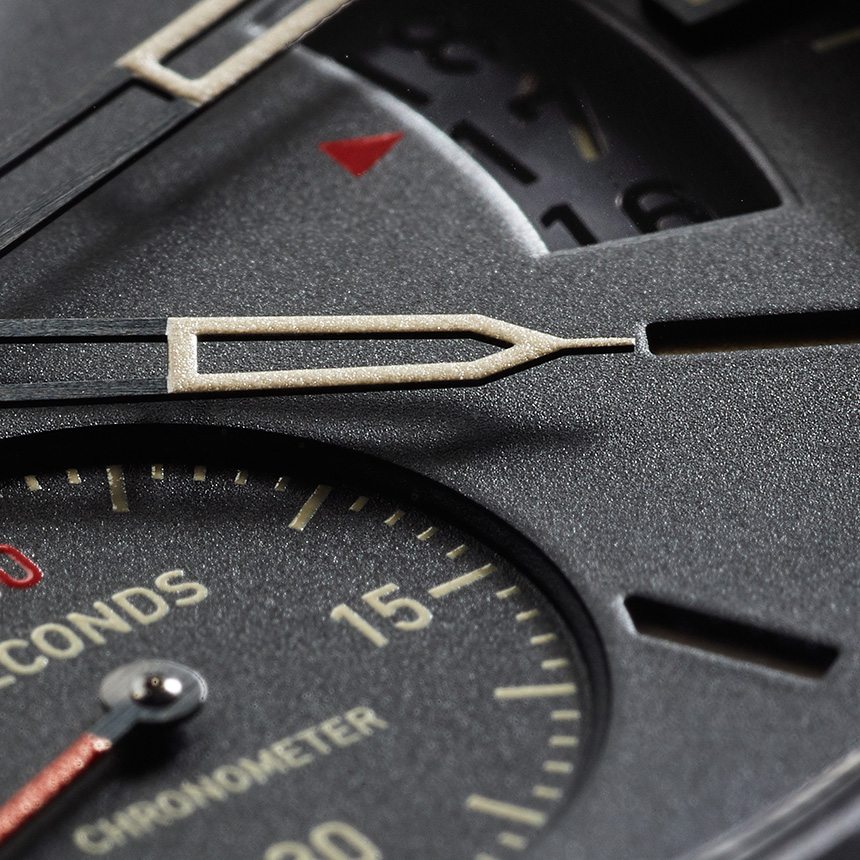 With a 44mm case, the watch is on the larger side but certainly not too much. The dial is a little busy, but manages to not look messy or overpacked. At three o’clock is a date opening meant to look something like an altimeter, though to me it looks like a fairly standard expanded, or triple, date window – but then again, I’m no pilot. At six o’clock is the seconds sub-dial and at nine o’clock is the power reserve sub-dial. Again, everything seems well balanced and not too crowded. The slightly sunken sub-dials should give it a nice depth, but it’s a safe dial dotted with some red for a pop. 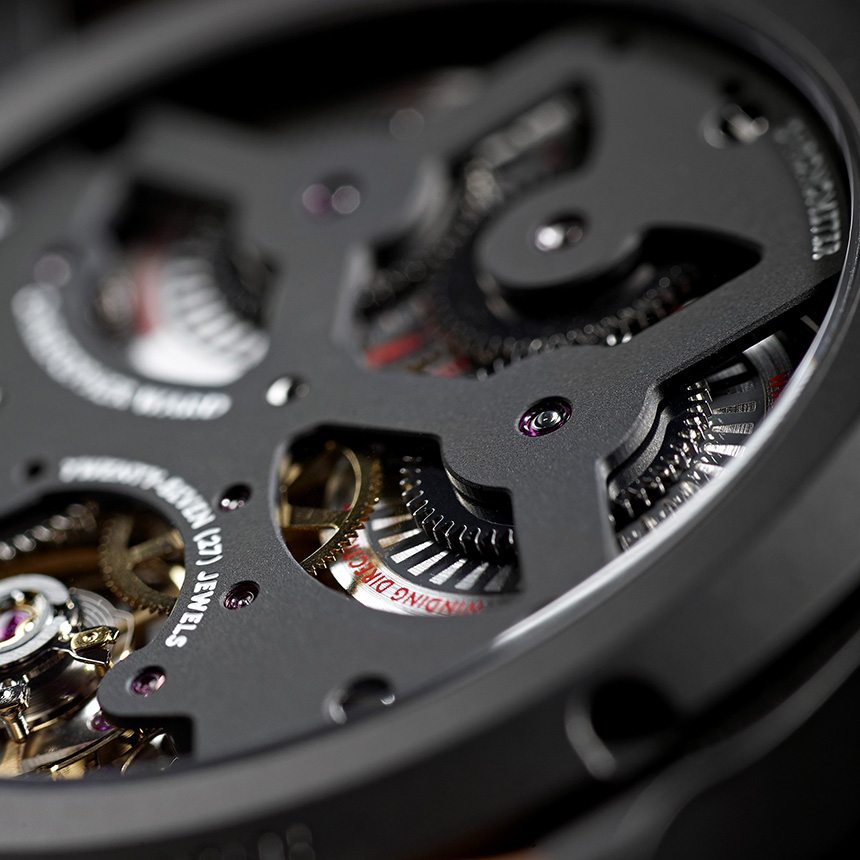 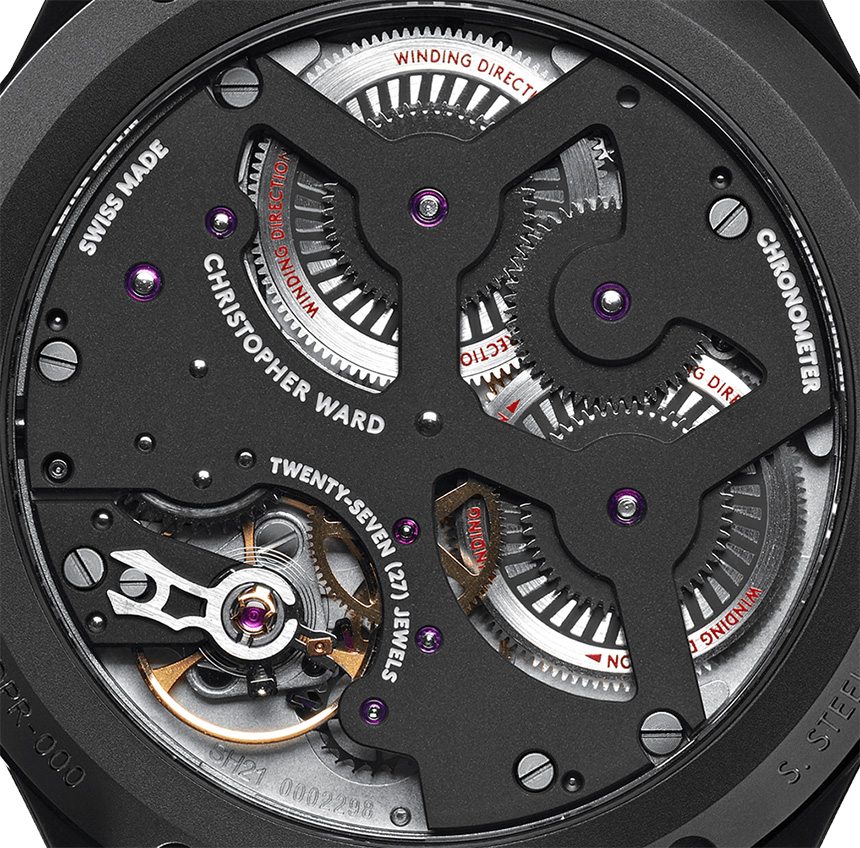 The Christopher Ward C8 Power Reserve Chronometer watch has an exhibition case back, which, like the dial, features a sapphire crystal. Through it you can see the twin barrels of the SH21 movement and the engraved wind turbine blades that are a nod to the Farnborough wind tunnels where the Spitfire and other planes were first tested.

It will be interesting to see it hands-on and just how much a factor the case size will be in determining wearability, not to mention whether the cool dial texture looks as good in person as it does in the release photos. Until then, the Christopher Ward C8 Power Reserve Chronometer watch looks very promising and is priced at £1,550, available from mid-October 2016. christopherward.com