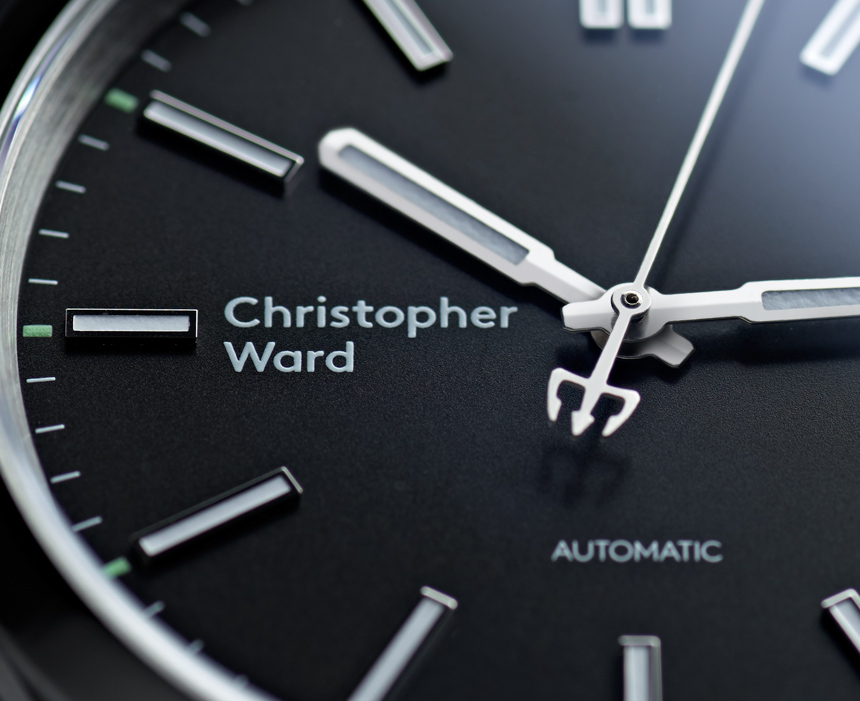 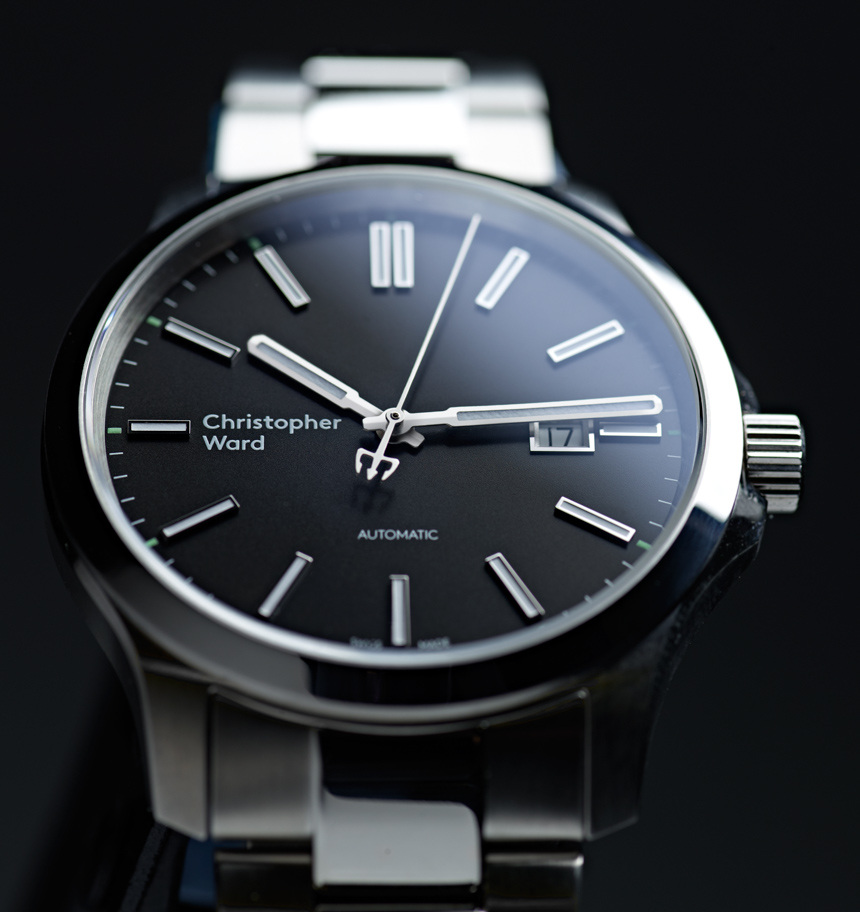 Today, UK-based watch brand Christopher Ward introduces a brand new look for the company which includes a new logo, new website, new watches, and perhaps most importantly – a new philosophy toward design moving forward. Christopher Ward is probably the most successful watch maker you don’t know too much about, and now in 2016, they undergo a further evolution in what the company “is all about” when it comes to watch making. 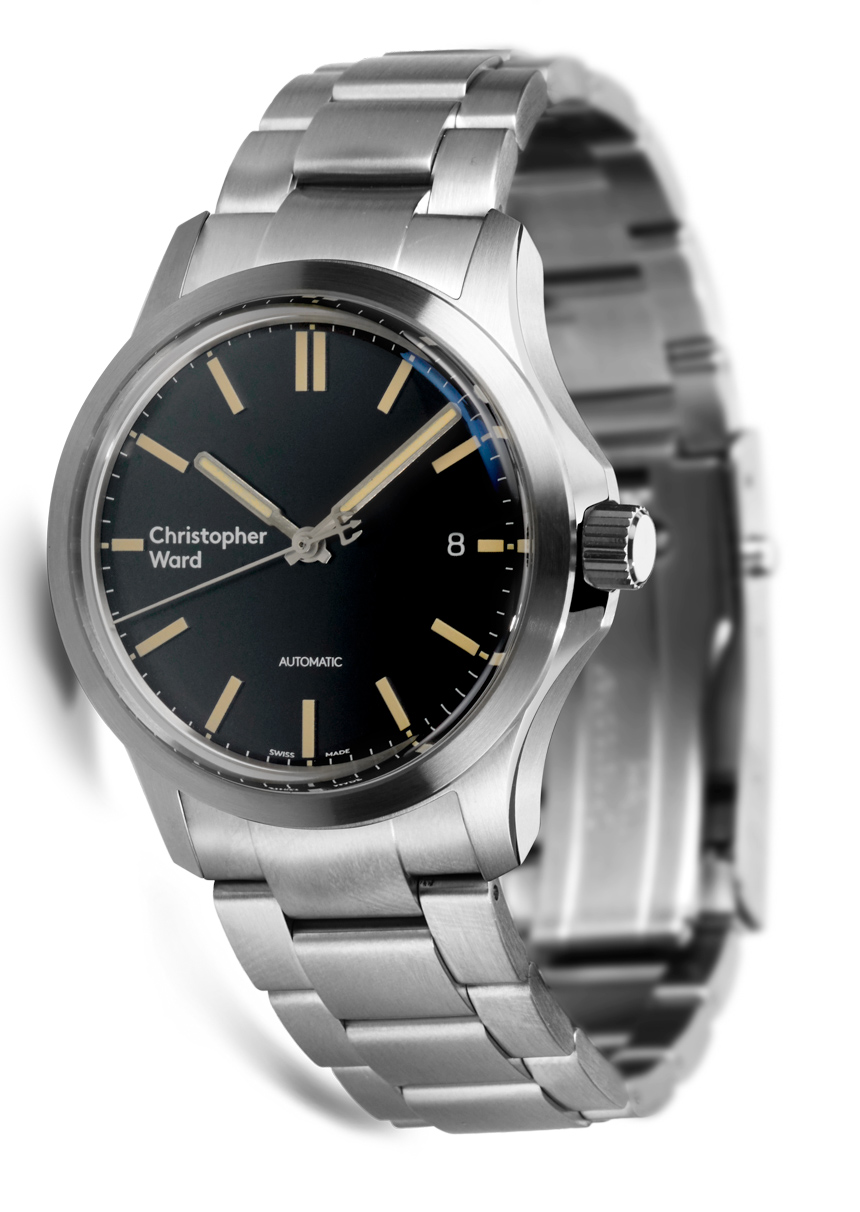 Christopher Ward is impressively dynamic in what they offer, and if their hopes come true, they will be able to offer even more in the future. For one thing, Christopher Ward sells the majority of its products online, and is one of the first truly “online watch brands” to exist. They might actually be the most successful, as well. Christopher Ward produces both quartz and mechanical watches, and among the latter there are base Swiss movements, “JJ Calibers” which use proprietary modules over base movements, and their in-house-made movements which started with the SH21 movement that debuted in the C9 Harrison 5 Day Automatic watch here. To achieve that latter claim, Christopher Ward actually merged with the Swiss movement company Synergies Horlogeres. As far as I know, there are no other companies of this size able to claim such a vast array of product types. 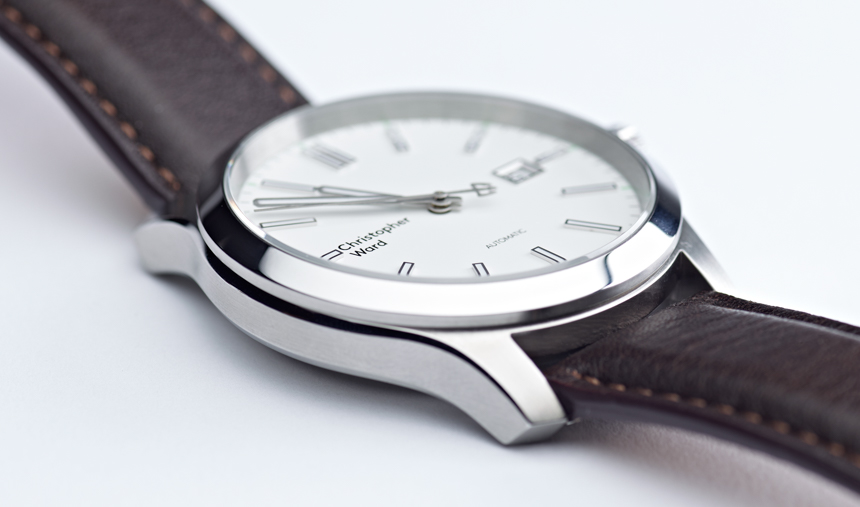 As mentioned above, one of the most important parts of Christopher Ward’s re-branding is how it will be reflected in their product design decisions moving forward. The company is, of course, aware that many of their more historic designs have been a bit “me too” in terms of being inspired by some popular looks seen elsewhere. Christopher Ward has been slowly moving away from that practice as it is, but they have made it clear to me that in addition to focusing on original designs, they intend to make Christopher Ward watches each immediately recognizable as Christopher Ward watches. 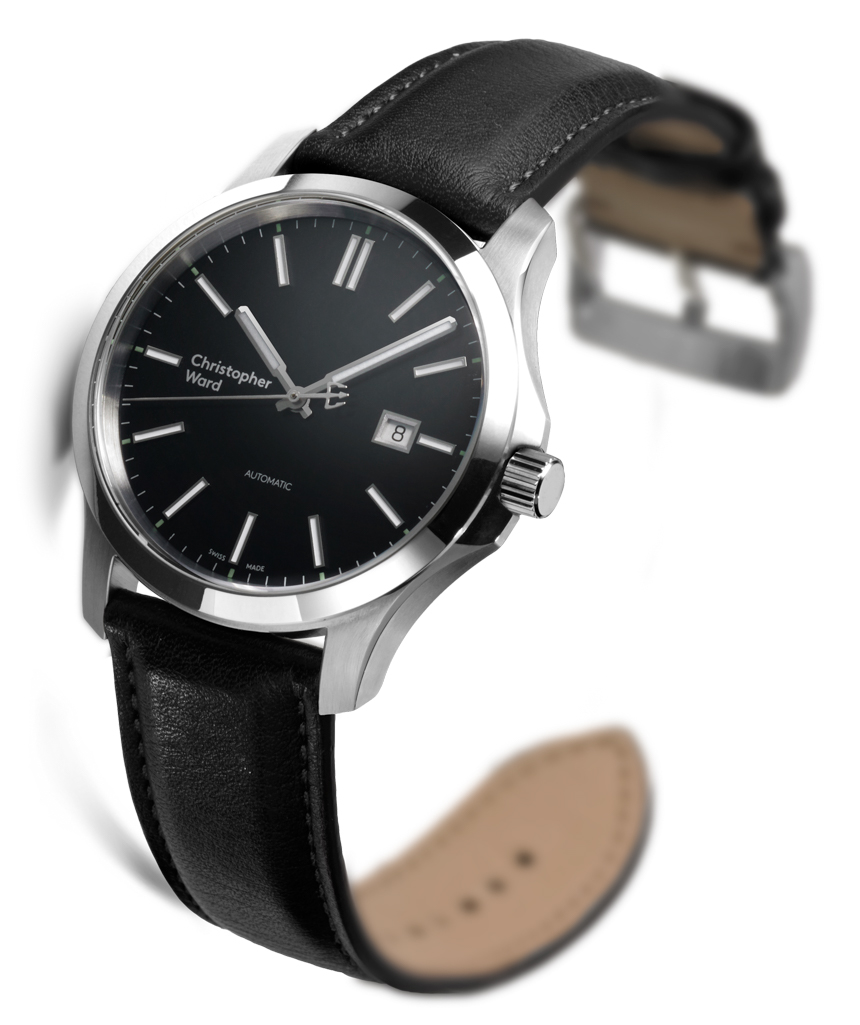 The new logo now fully spells out the Christopher Ward name in a modern-looking sans-serif font. The logo looks good with the words next to each other on the brand new Christopher Ward website, but takes a different personality on the watch dial itself as the brand is intentionally going for something a bit disruptive. 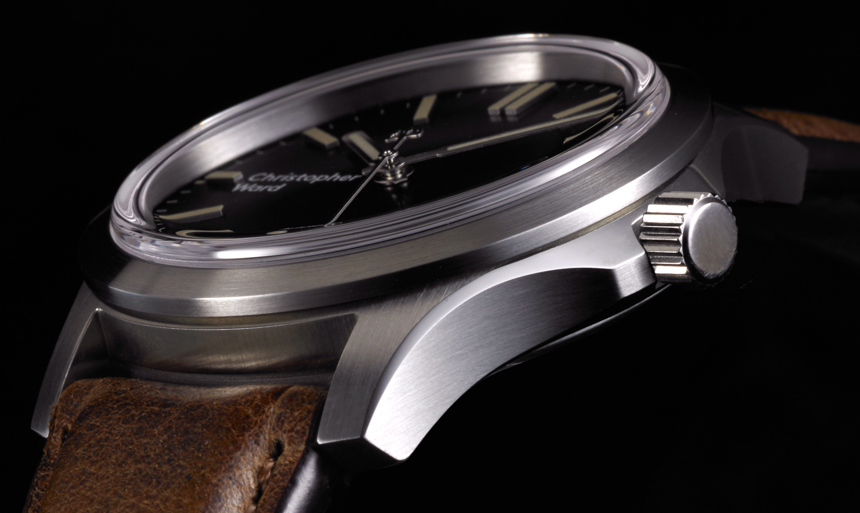 The “default position” for the Christopher Ward logo will now be at 9 o’clock (you don’t see that very often), and the logo will be stacked with “Christopher” being place over “Ward.” The patent asymmetry is intentional, and the design isn’t supposed to be immediately familiar in feel. Instead, the brand is going for something different, while using classic watch designs that focus on utility, style, and naturally for Christopher Ward – also value.

Christopher Ward will not immediately stop making its relatively large list of currently produced watches, but will rather begin to replace and supplement its collection with new models bearing the new logo, as well as arriving with increasingly distinctive designs. Christopher Ward is further not trying to abandon their valued client base, but is also looking to attract a more youthful-minded group who isn’t per se interested in stuffy luxury watches, but rather interesting objects from smaller, independent brands that benefit from both outside-of-the-box thinking, as well as production and thought agility. Say what you will about Christopher Ward, but you can’t deny how agile and fast-moving the brand seems to be. 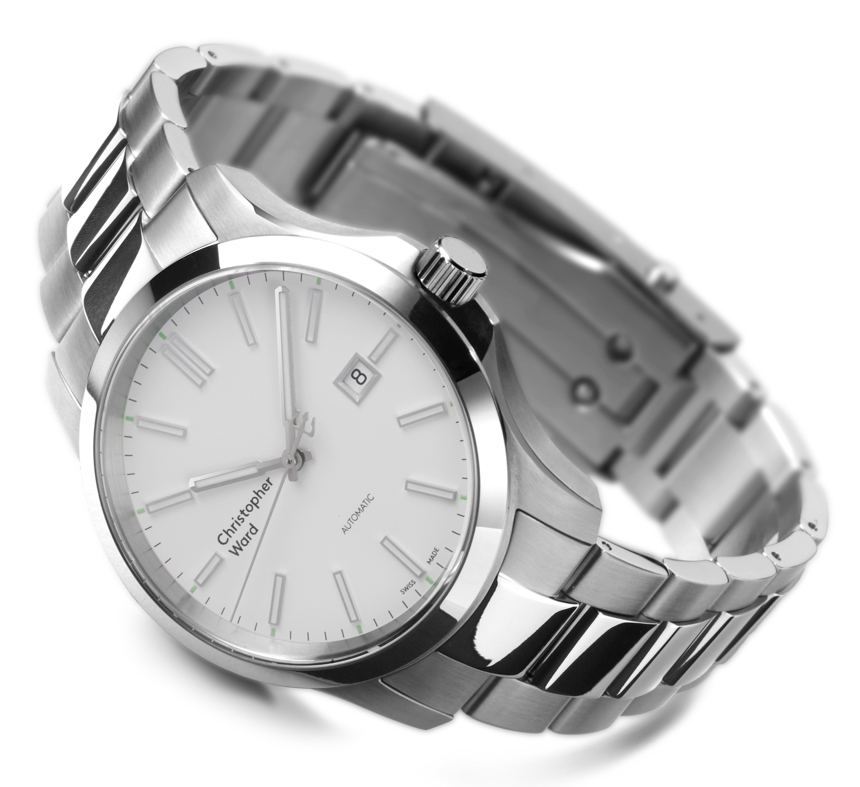 The Christopher Ward C65 Trident Classic Mk II comes with a range of dial styles and strap options. It has a 43mm-wide steel case that is 10.4mm thick and water resistant to 150 meters. Over the dial is a flat sapphire crystal, and inside the watch is a Swiss Sellita SW200-1 automatic movement (which is a 4Hz movement that has 38 hours of power reserve). The matte dial has applied hour markers that are diamond-polished and attractive hands that, while not wholly unique, work very well in the context of the watch. The Christopher Ward C65 Trident Classic Mk II also comes with either strap options or a nice matching steel bracelet. Those who are familiar with the brand will know that the Christopher Ward C65 Trident Classic is an existing model, but what is new here for 2016 is the dial and hands. 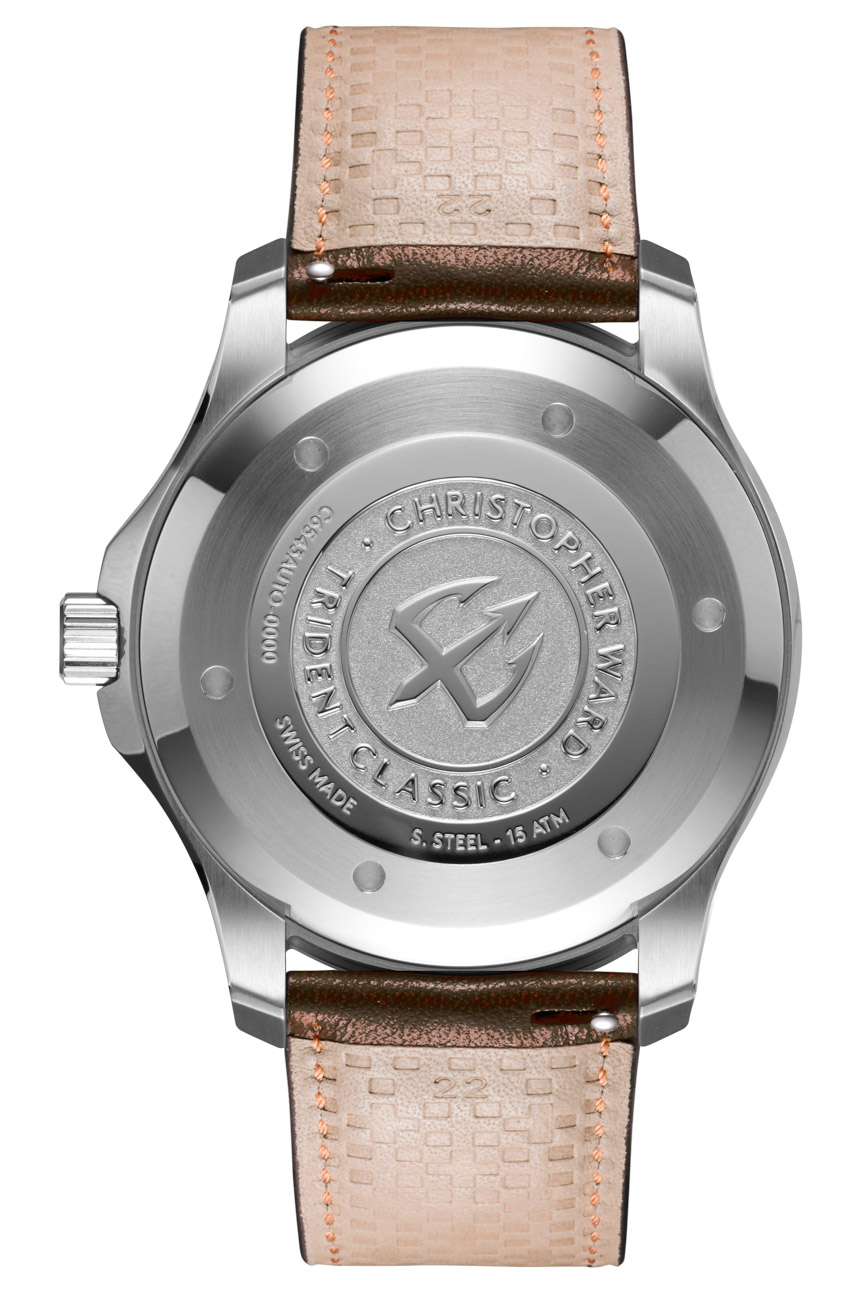 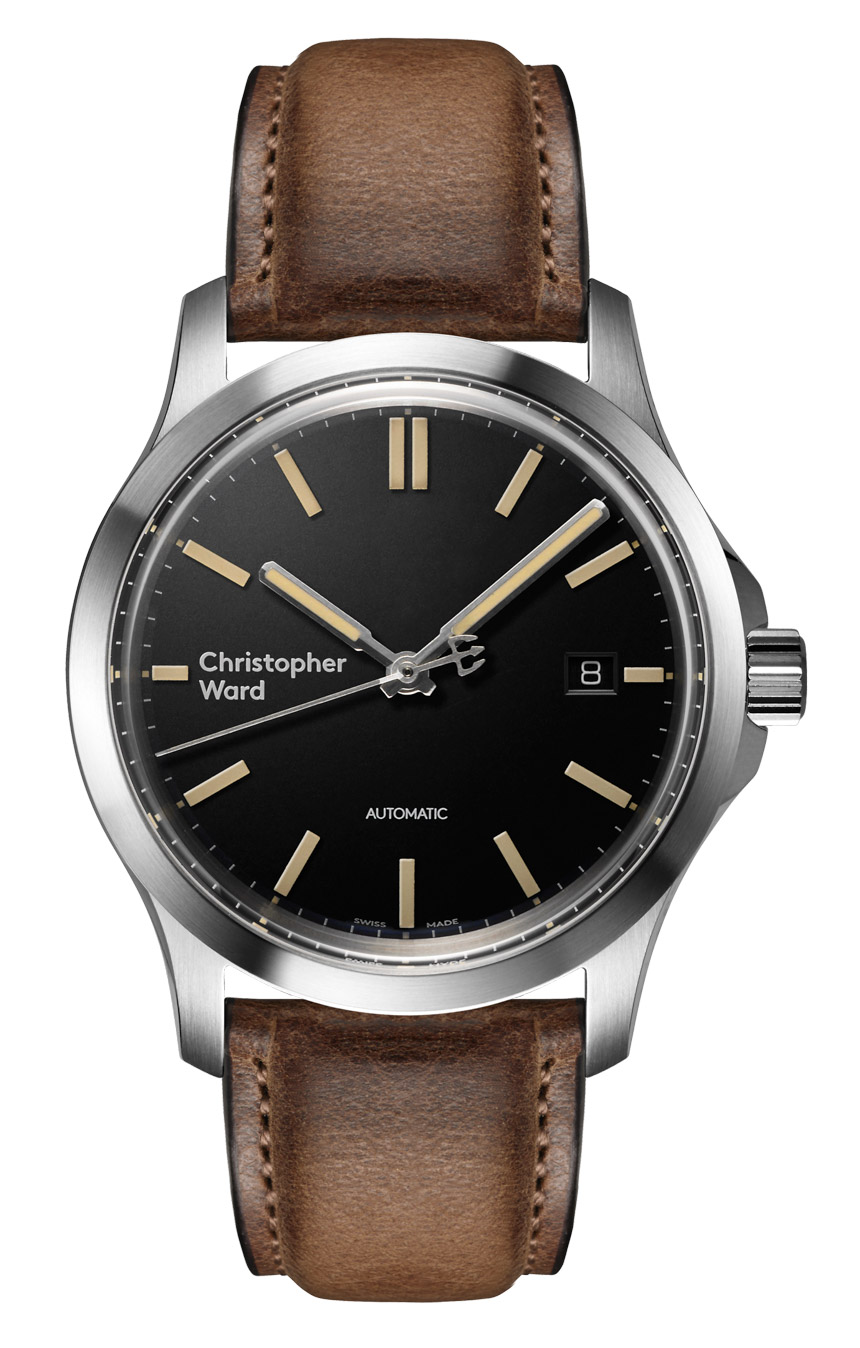 Like the Classic, the Christopher Ward C65 Trident Vintage is water resistant to 150 meters and contains a Sellita SW200-1 automatic movement. The screw-down casebacks are more or less the same and feature the collection’s trident logo. The Christopher Ward C65 Trident Vintage employs “aged-style” luminant as well a case and bracelet that are all-brushed versus a mix of brushed and polished. That should make for an interesting wrist presence and ought to be welcome for those watch lovers who prefer smaller-sized timepieces.

Christopher Ward once again focuses on value with the new C65 watches. Moreover, it is likely that moving forward, even when offering timepieces with more “brand identity,” the sweet-spot price for mechanical watches by the brand will be in the $700 – $2,000 vicinity (even for watches with in-house-made movements). As such, prices for the Christopher Ward C65 Trident Classic Mk II are USD $690 on the strap and $770 on the steel bracelet. The Christopher Ward C65 Trident Vintage is priced at $770 on the strap and is $830 on the bracelet. christopherward.com