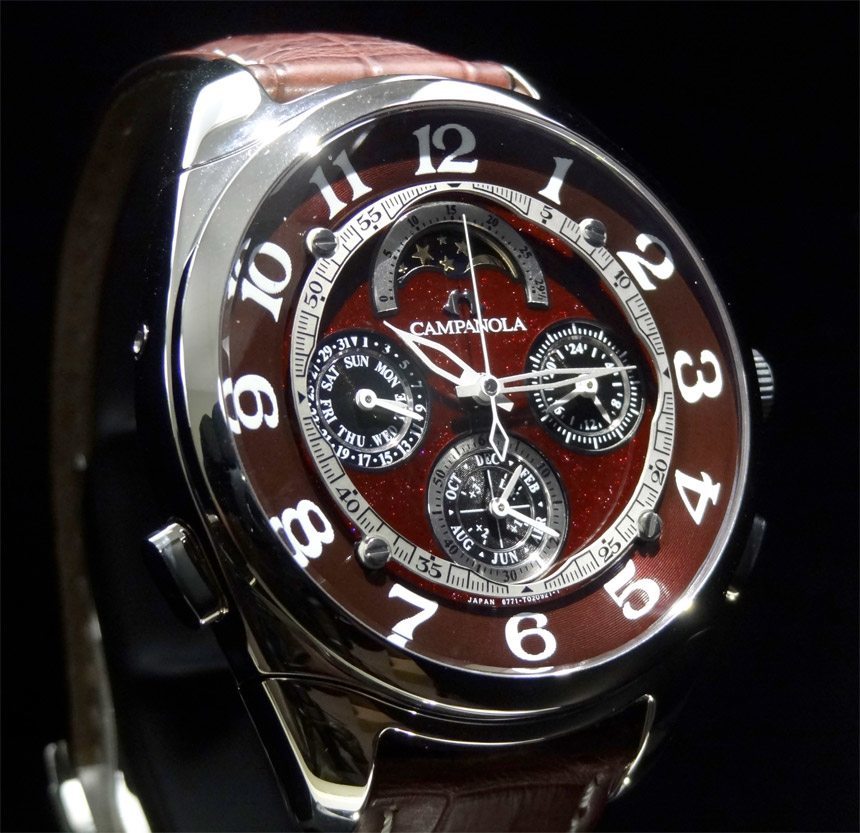 This is the current best of the Citizen Campanola line up in my opinion, and a watch that I have and reviewed here. It is one of my favorite watches in my collection. I see maybe 1-3 of these watches that show up a year for sale on the regular channels. Buying them in America is more or less impossible, although there is a small handful of authorized dealers. You really can only get them imported via online dealers and even then it is hard to find the watch. You’ve probably read my words on the Citizen Campanola line of watches pretty often; but I will indicate again that the Campanola line is highest quality luxury line of watches from Japan’s Citizen watch group.

The Grand Complication houses the most popular complications that are desired, but in a hand-assembled quartz movement instead of a mechanical movement. I’ve commented before on the cost of a mechanical watch that houses all of these complications. Figure at least $80,000 and up, and up, and up. The retail price of the Citizen Campanola Grand Complication is about $4,000, and on eBay it can be had for less than half of that right now. The available piece is in mint condition and was likely originally purchased from an overseas Campanola dealer, even though it is being sold from the US. I highly recommend this watch, and you can read all about it if you click on my review above. 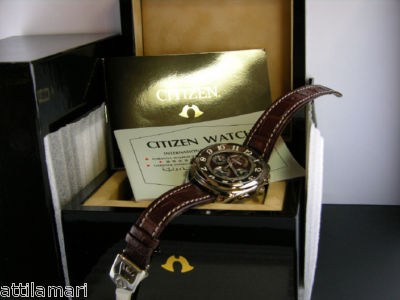 I first became smitten with these watches by seeing an advertisement for them in a watch magazine. I was taken by the design – being almost fantasy like, yet classic. I’ve had my Citizen Campanola for a few years, and while I do take good care of it pretty well,  it is still in mint condition. Citizen uses a special coating (Duratect) on the ridiculously high polish steel (that I like), ensuring that it remains perma-shiny and free from scratches. A fine touch on a nice watch such as this. It is also very comfortable. You’d think that a 45mm wide case with a relatively thin alligator strap would be odd, but it isn’t. The watch never slips off of the top of my wrist and is always very comfy. Check out this Citizen Campanola Grand Complication and see what you think.