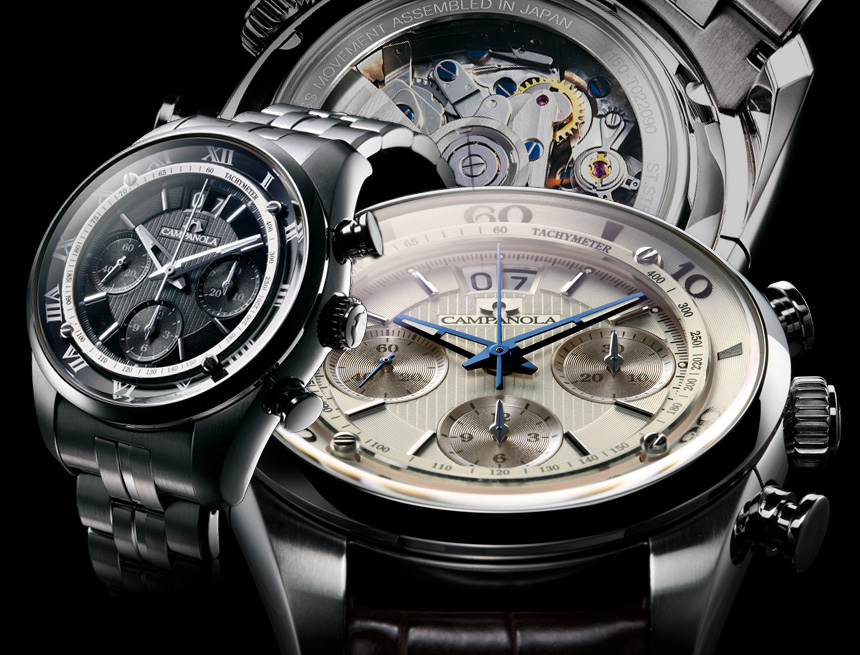 Much more than just a producer of their own Citizen watches and Miyota movements, if you didn’t already know, Japanese Citizen is becoming a player among luxury watch holding groups, technically with more watch brands under it now than LVMH. After adding movement maker La Joux-Perret, among other Swiss brand acquisitions, it was interesting and somewhat unexpected to begin seeing the Swiss movements appear in Campanola‘s Mechanical collection (that we debuted here and later went hands-on with here). These Citizen Campanola Mechanical Chronograph models are new to the collection for 2016.

Where to begin? We’ll remind you first that Campanola is Citizen’s high-end sub-brand, kind of akin to Grand Seiko for Seiko in terms of positioning. And La Joux-Perret makes movements for some of the most respected Swiss brands along with their own haute horology brands Arnold & Son and Angelus (also now under Citizen). Like Seiko, but probably even more so, Citizen still has a far way to climb to be perceived by many consumers as deserving the luxury dollars that go mostly to Swiss watches. 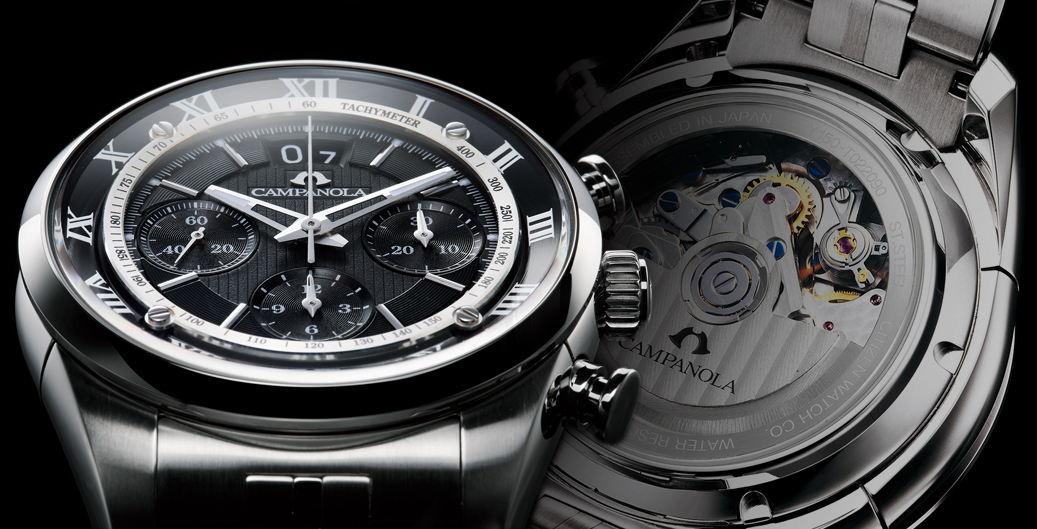 What Citizen does best is quartz (and particularly light-powered Eco-Drive) watches mostly aimed at mainstream consumers more than enthusiasts. So does putting a La Joux-Perret movement in an admittedly well-made and attractive package help them achieve greater prestige and recognition among snobby mechanical watch “aficionados?” The Citizen Campanola Mechanical Chronograph demonstrates 1) that Citizen can produce high-quality hardware (as we can expect quality along the lines that we saw hands-on with models linked to above) and 2) they can purchase fancy mechanical movements. But also that they are doing more interesting and experimental things aimed at enthusiasts. I’m not necessarily criticizing their decision, but rather still just trying to wrap my head around it. 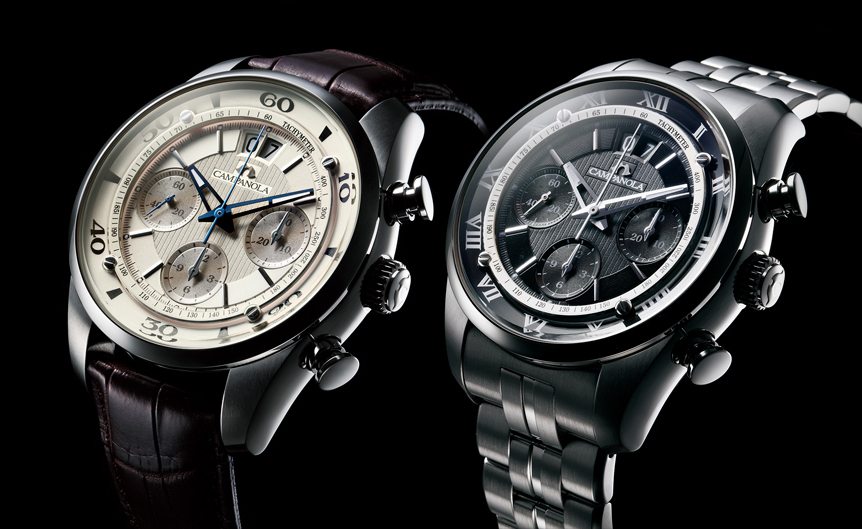 Back to the Citizen Campanola Mechanical Chronograph watch itself. Citizen calls the La Joux-Perret movement we are talking about the Y150, and the display caseback proudly advertises that it is a “Swiss movement assembled in Japan.” The automatic caliber Y150 has a 12-hour flyback chronograph and big date display, operates at 4Hz with a power reserve of 42 hours, and promises accuracy of -5/+10 seconds per day. The Citizen Campanola Mechanical Chronograph watch is a nice and chunky 44mm wide by 17mm thick in steel (water-resistant to 30 meters). I’m a big fan of big dates, and further of this 3-6-9 subdial layout for chronographs – think about it: what “great” chronographs out there do not use this layout? 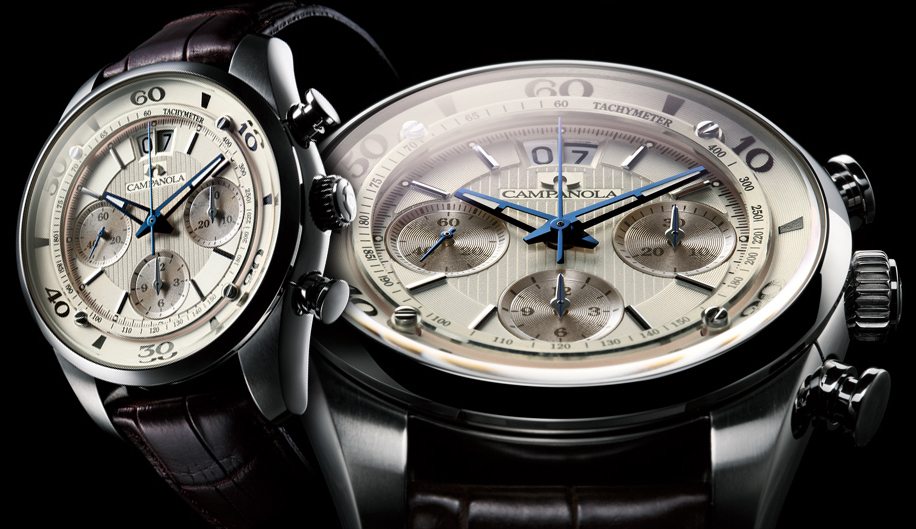 The white (cream?) dial Citizen Campanola Mechanical Chronograph model has arabic numerals, blued hands for a nice contrast, and a brown alligator leather strap; while the black dial has Roman numerals and a bracelet. Citizen talks about the dial’s texture and design being inspired by both Japanese paper and Japanese rock gardens, as well as stuff about the nature of time… Try not to go cross-eyed looking too hard for that. An improvement on the skeletonized hands of the earlier Campanola Mechanical models, there seems to be some lume for the hands here and, hopefully, the hour markers too. The Campanola Mechanical watches very much fit in among Citizen design personality but in a more technical and refined way that does succeed in elevating the brand, at least in my mind. Some people are not going to like the prominent screws on the dial. 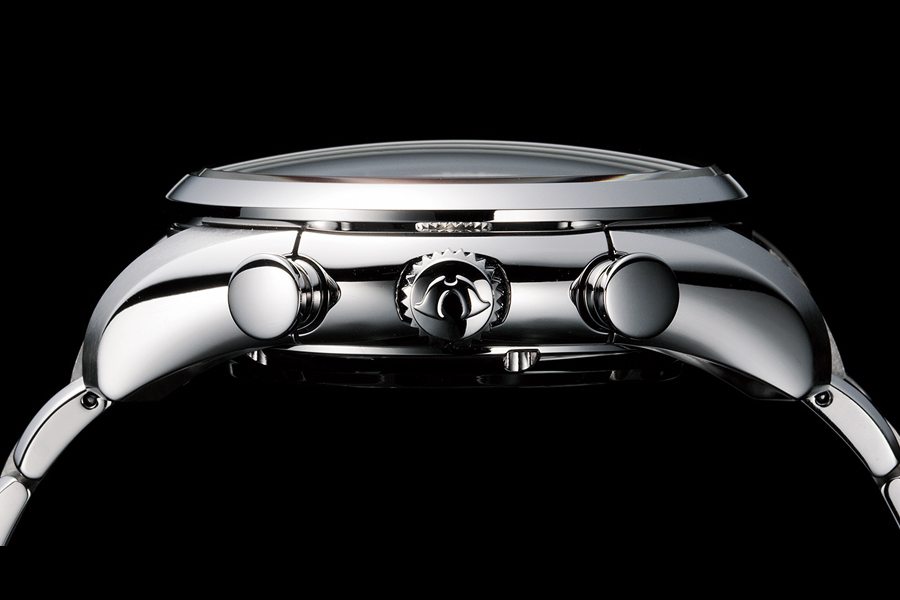 So who will buy a Citizen Campanola Mechanical Chronograph? Even the most avant-garde watches we cover on aBlogtoWatch generally fit into a coherent world view for watch lovers, but Japanese brands often exist on another plane altogether. It doesn’t seem like they are breaking the rules on purpose – and, in fact, trying very hard to conform – but often ending up with a mishmash of borrowed elements. That kind of describes the country of Japan – a cocktail of contradictions as soon as you try to start analyzing it. For more than $7,000, people will probably not be buying this as their first high-end chronograph, but there is quite literally nothing else like it out there. Seiko has done a good job of convincing enthusiasts that their Japanese-made high-end movements are worthy competitors to the Swiss, but Citizen’s approach forces you to ask some different questions. 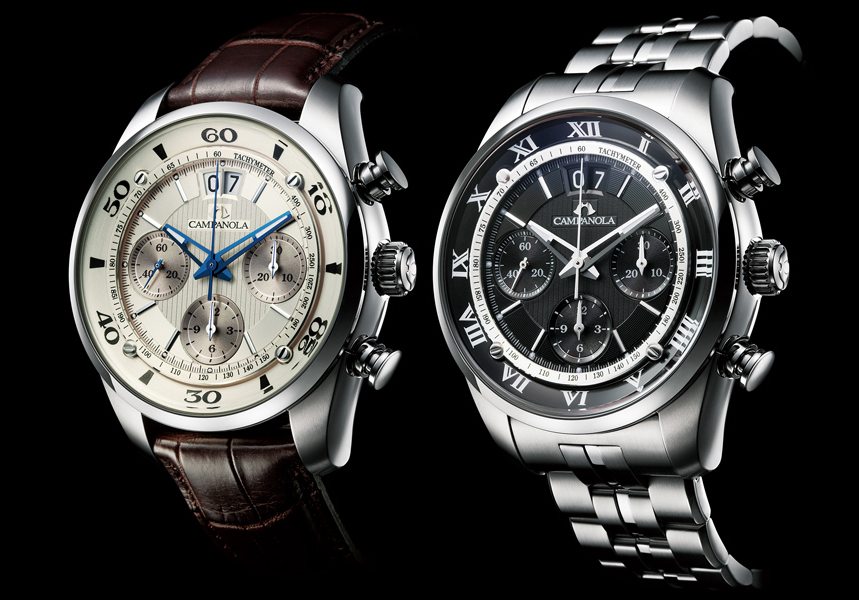