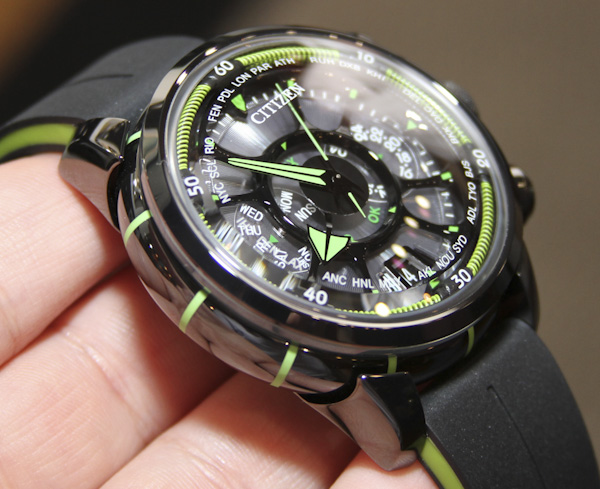 Much to the chagrin of Casio and Seiko, one of the most talked about and anticipated Japanese watches of 2011 was this limited edition Eco-Drive Satellite watch from Citizen. Upped to being a limited edition of 990 pieces, this rather pricey timepiece dazzles with design and technology. The future is all about the East while the West seems to be obsessed with the past.

I first discussed this Citizen Eco-Drive Satellite Wave watch here after seeing its debut. With the watch now released I got some hands-on time with one of the production pieces (thanks to Arizona Fine Time, a Citizen dealer). The final watch is rather impressive and very true to the concept version. It was unclear whether or not Citizen was going to actually make too many of these, but due to demand they decided a limited edition run was due. Having said that, I hear murmurs that Citizen will be not only using this special technology in future watches, but the Eco-Drive Satellite Wave will be followed-up with other versions that have different color tones (possibly next year).

So what is this Eco-Drive satellite tech all about? I discussed it more thoroughly in the link above. Basically Citizen has developed a system for having the watch manually connect with GPS satellites to sync the exact time no matter where you are in the world. Previously watches of this theme were only able to connect with the radio signals of atomic clocks. But you needed to be in the vicinity of said atomic clocks – and those don’t at all cover the entire world. The idea here is that you will be able to have the precise time, in a movement that is charged by the light, no matter where you are (on this planet). 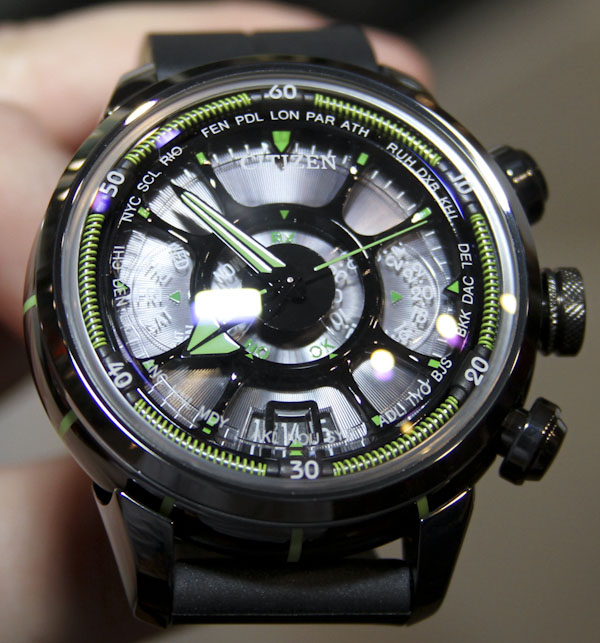 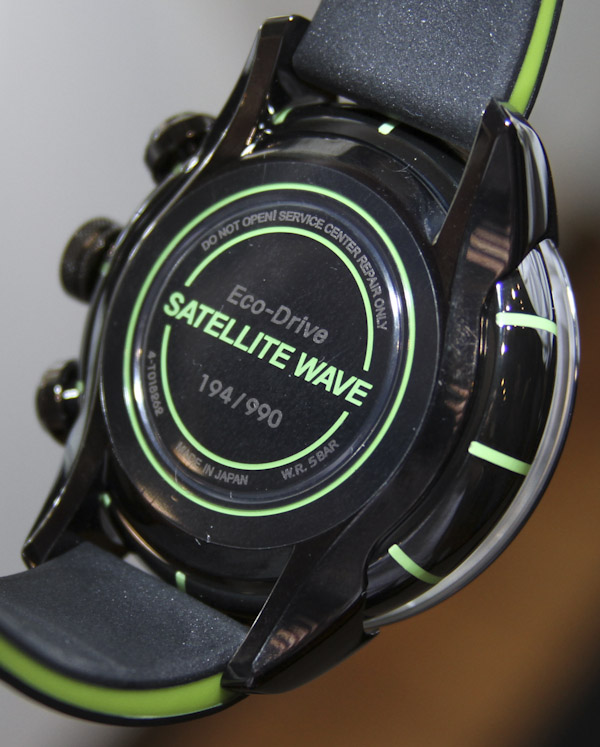 The idea sounds great but according to some it hasn’t quite lived up to the hype. This is due to one critical drawback – that being that the watch will not automatically sync with the satellites. To sync with them you need to manually tell the watch you are ready to receive signals (and you probably need to be outdoors). My guess is that this is due battery power issues and that it doesn’t have the power to constantly check for signals. I am sure that this is being looked into and hopefully will be improved in future renditions of the Eco-Drive Satellite movement concept. In this watch is Citizen’s H990 caliber quartz movement.

A lot of people are disappointed by the lack of automatic time synchronization in the Eco-Drive Satellite Wave watch. I understand that. The idea that the watch, like your mobile phone would always ensure it is showing the right time, no matter where you are is an easy thing to lust for. It is coming, but we are just not there yet. The issue almost always boils down to power consumption. If you are OK with manually telling the watch to sync the time, then you should be OK with this piece. 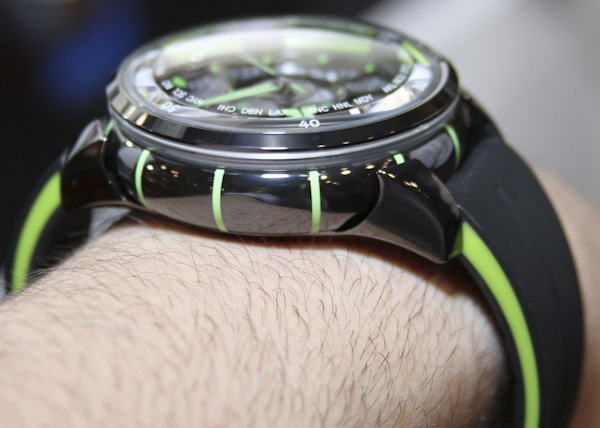 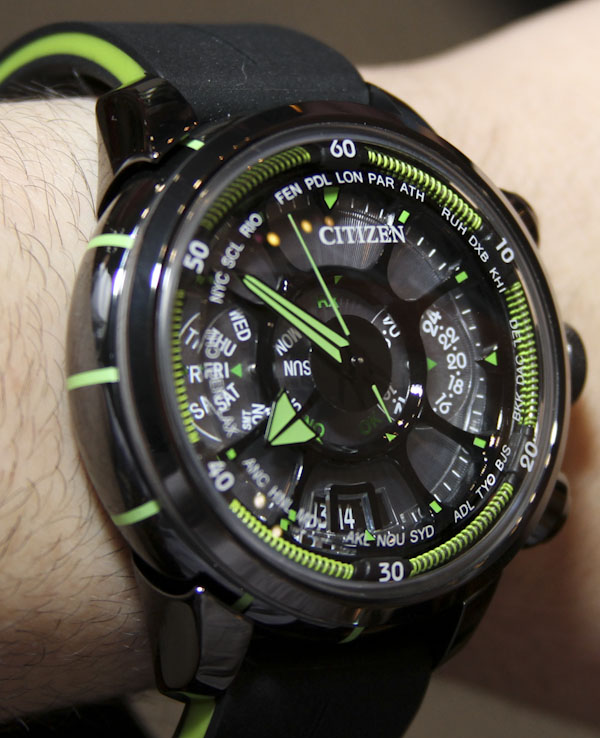 At 48mm wide the case is mega-sized with a mega personality. The case itself is beautiful. As I understand it Citizen has developed some special way of doing a ceramic coating over steel. Whatever it is, the shiny gray case material is fantastic looking, especially with all those green inserts. Over the dial is a very dome crystal that reflect a lot of light. I would have liked for Citizen to bathe it in AR coating (especially at this price). One major complaint about the dial is the lack of luminant. For a sport looking watch it is really a shame to have no backlight or lume coated parts on the dial.

Attached to the case is that green and black strap that needs to be cut to size. I tend to not like these, but once properly sized they world out. Citizen will charge you $80 bucks for a new one I hear. The overall fit and finish of the case and watch is impressive. Everyone also seems to like the presentation box it comes with. With some drawbacks that might be serious or trivial based on your needs, the Citizen Eco-Drive Satellite Wave wave is still very impressive and cool. No doubt it signals upcoming technologies and still shows that the Japanese have the total edge when it comes to producing the tech elite of the watch world. Price for the limited edition Eco-Drive Satellite Wave watch is a steep $3,800.