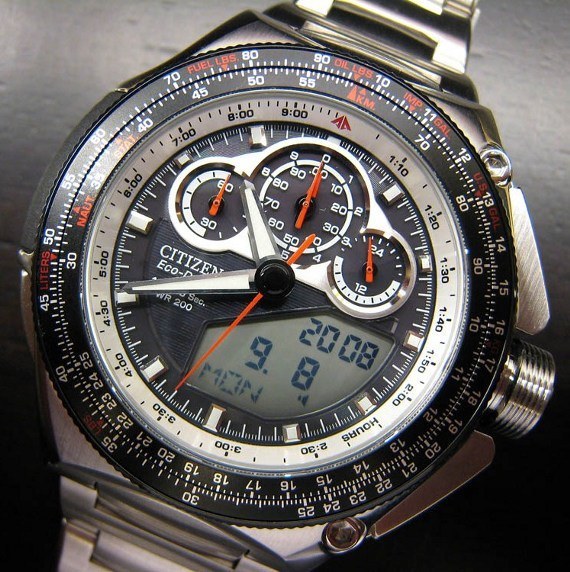 I read a lot about new advancements in mechanical watch timing technology. Stopwatches are chronographs, and come in probably 100 different forms. In my opinion the two most important aspects of a chronograph function is how long it times for, and in what increments. Most high-end mechanical chronographs measures increments of 1/8th of a second. Not bad, but they are hard to read for precision, and you’ll certainly pay for the privilege. Add in such complications as split-second chronographs, and flyback mechanisms, and you get very complicated and outrageously priced timing tools. Funny enough, a cheap quartz chronograph only measures times in one second increments making them less worthy that their mechanical counterparts, but with a more complex electronic timer in a quartz watch, your timing precision is only limited by your trigger finger. Take the Citizen Promaster SST. It measures times with 1/1000 of a second precision.

Honestly, your finger isn’t even that fast, and the ultra fast timing is done on the LCD panel. This is actually one of the coolest looking Citizen Promaster watches I’ve seen in a while, and it does a good job of combining analog and digital readouts. Take for example the chronograph that is shared on both the dial and the screen. Actually, the subdials do most of the work, and while the watch is timing they move with blurred speed. Aside from the complex chronograph (that features split times, 20 lap memory and average time indicator) is a pretty competent watch overall. Inside is Citizen’s Eco-Drive quartz movement that is powered by the light, which has a complete world time function that is available through the LCD panel. The easy-to-use features (comparatively, Citizen makes things really easy), also offer the date, alarms, timer, and a slide rule around the bezel. You’ll probably never use that, but its fun to know it is there. 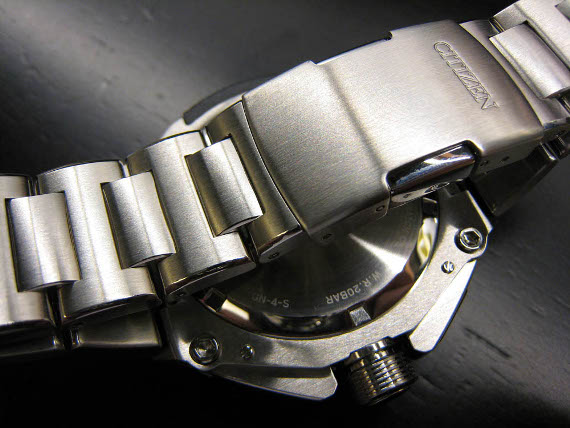 Citizen often gets their Promaster line watches done right. Unlike Seiko, they get their professional watches in at under $500. Seiko has some seriously deceptive looking watch (good quality, but sometimes a $500 watch will look like a $50 one). Citizen on the other hand always looks a bit more expensive than they actually are, and I’ve never had a Citizen watch break on me (not that I have with a Seiko either actually). The Japanese really know how to put a quartz watch together!

This particular model is the Citizen Promaster ref. JW0010-52E. I really like the layered look of the dial, and the many textures and colors. Despite it all, it remains pretty legible and handsome. The case shape takes some angularity and the hex shaped screws at a degree of strength to the look. That combined with 200m of water resistance, and an unheard of 5 year warranty, and you’ve got a real deal for $300- $400.