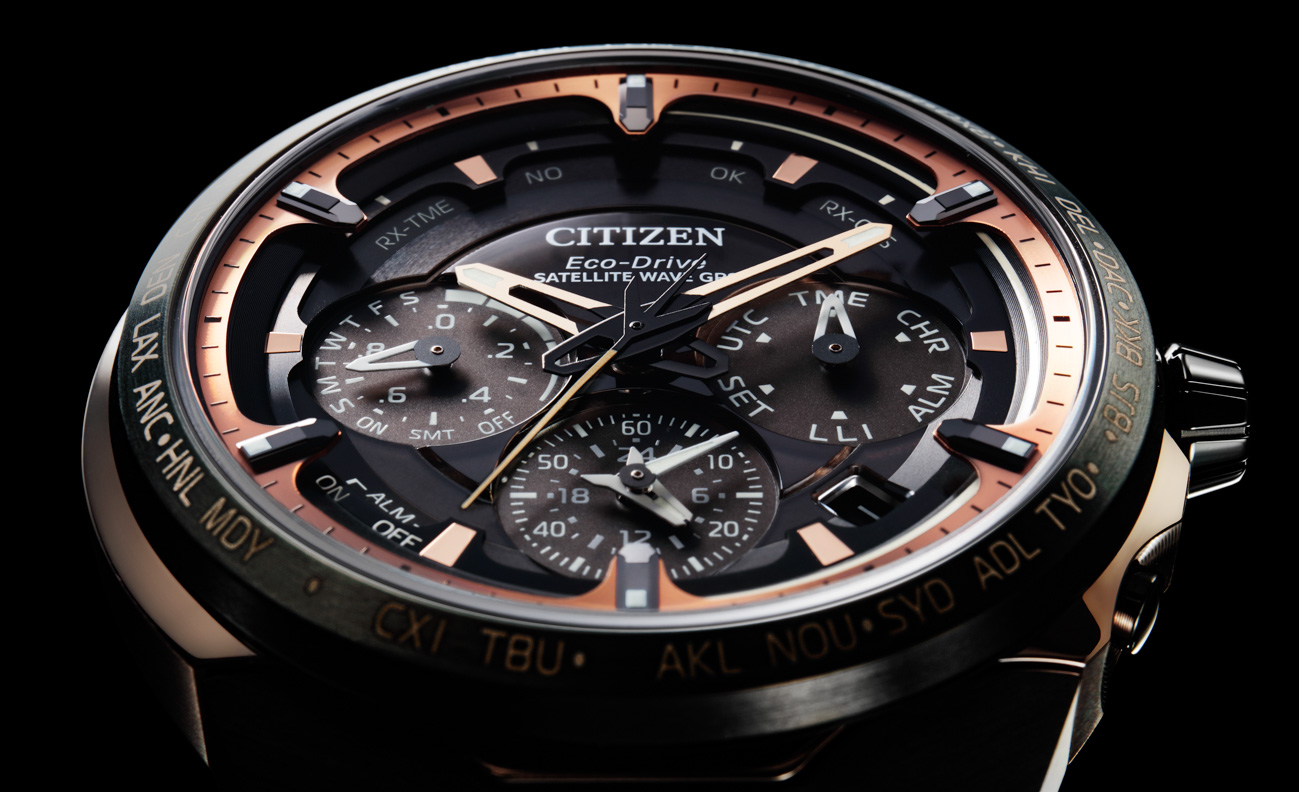 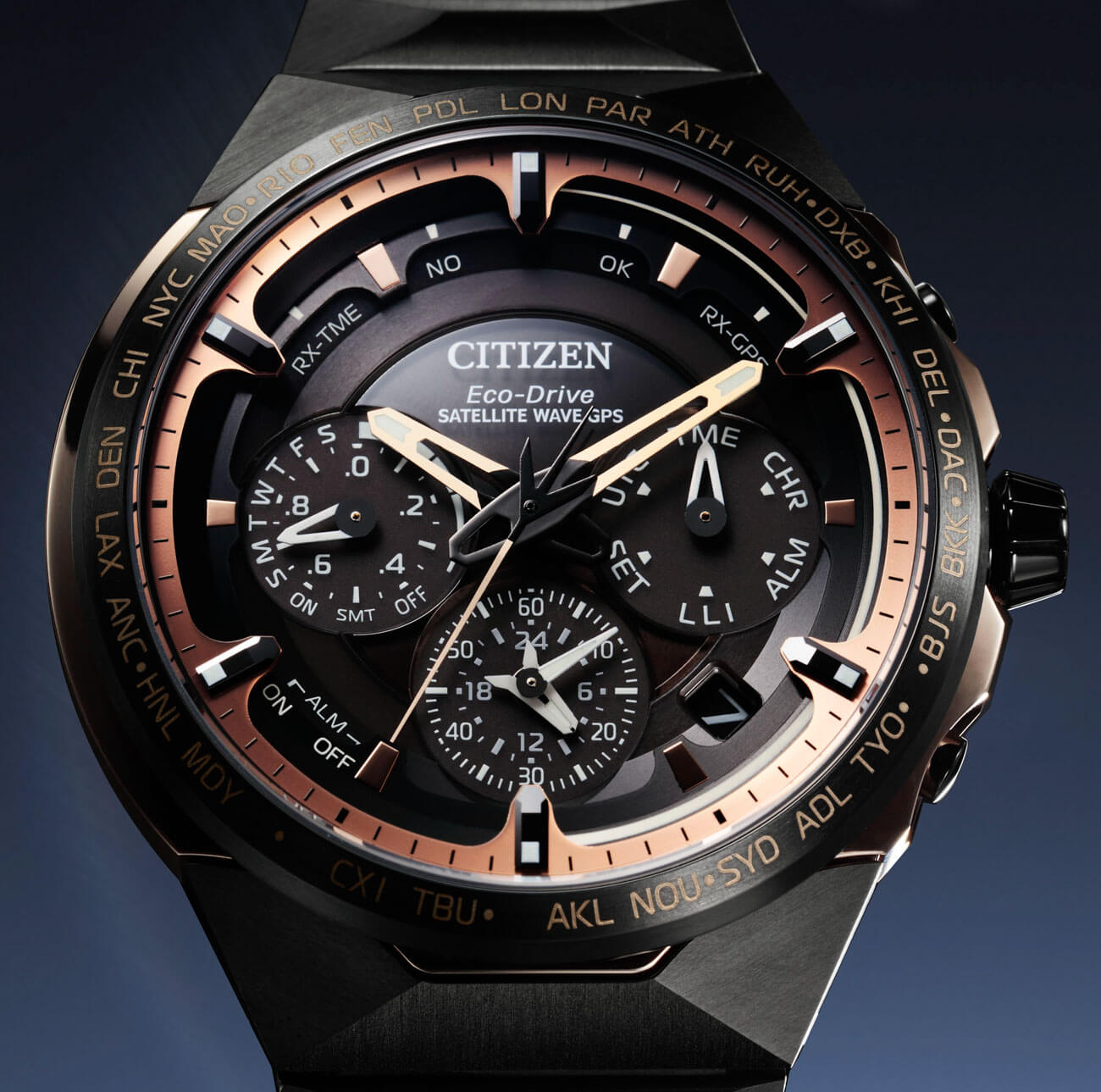 2020 marks 50 years since Japan’s Citizen first introduced a wristwatch produced from the metal titanium with the X-8 Chronometer in 1970. Lighter and more rigid than steel, titanium has been one of the most important materials relied upon by the modern wristwatch industry. To celebrate the anniversary occasion, Citizen introduces the Satellite Wave GPS F950 Titanium Technology 50th Anniversary Limited Model reference CC4025-82E.

The Material: Super Titanium For Resiliency

Citizen leads the timepiece-industry pack with its Super Titanium family of specially processed titanium-based wristwatch products. Virtually no other watchmaker — at any level — can compete with the durability and resistance of the technology that Citizen has been perfecting for years. Super Titanium, originally debuted in 2000, begins with titanium’s existing hypoallergenic and lightweight properties, and with available proprietary Citizen technologies adds both surface density (Duratect) as well as incredible scratch resistance (Duratect MRK).

Citizen has been honored by the space exploration industry for whom Super Titanium offers numerous industrial and performance advantages — all in a material imagined being worn on the wrist. The 2020 Citizen Satellite Wave GPS F950 Titanium Technology 50th Anniversary Limited Model is an ideal way to commemorate Citizen’s long history with first mastering and then improving upon titanium metal. 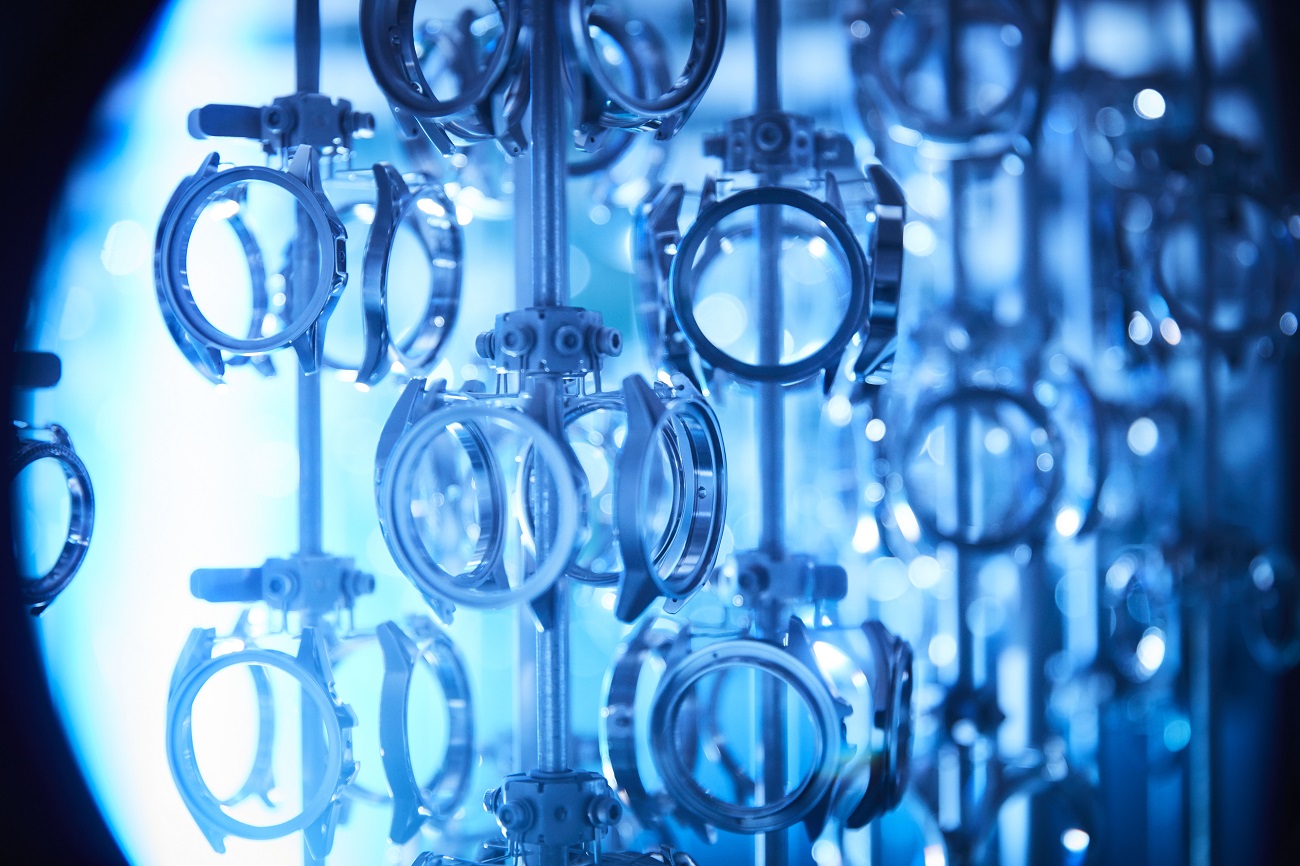 aBlogtoWatch readers can visit this article for a deeper discussion as to what makes Super Titanium so super. In summary, Super Titanium is the result of a hardening and coating process to promote vastly superior scratch resistance. A goal for Citizen’s engineers, which was achieved by Super Titanium, was the ability to wear the lightweight and comfortable metal on the wrist, but finally without the fear of titanium watches easily accumulating scratches. 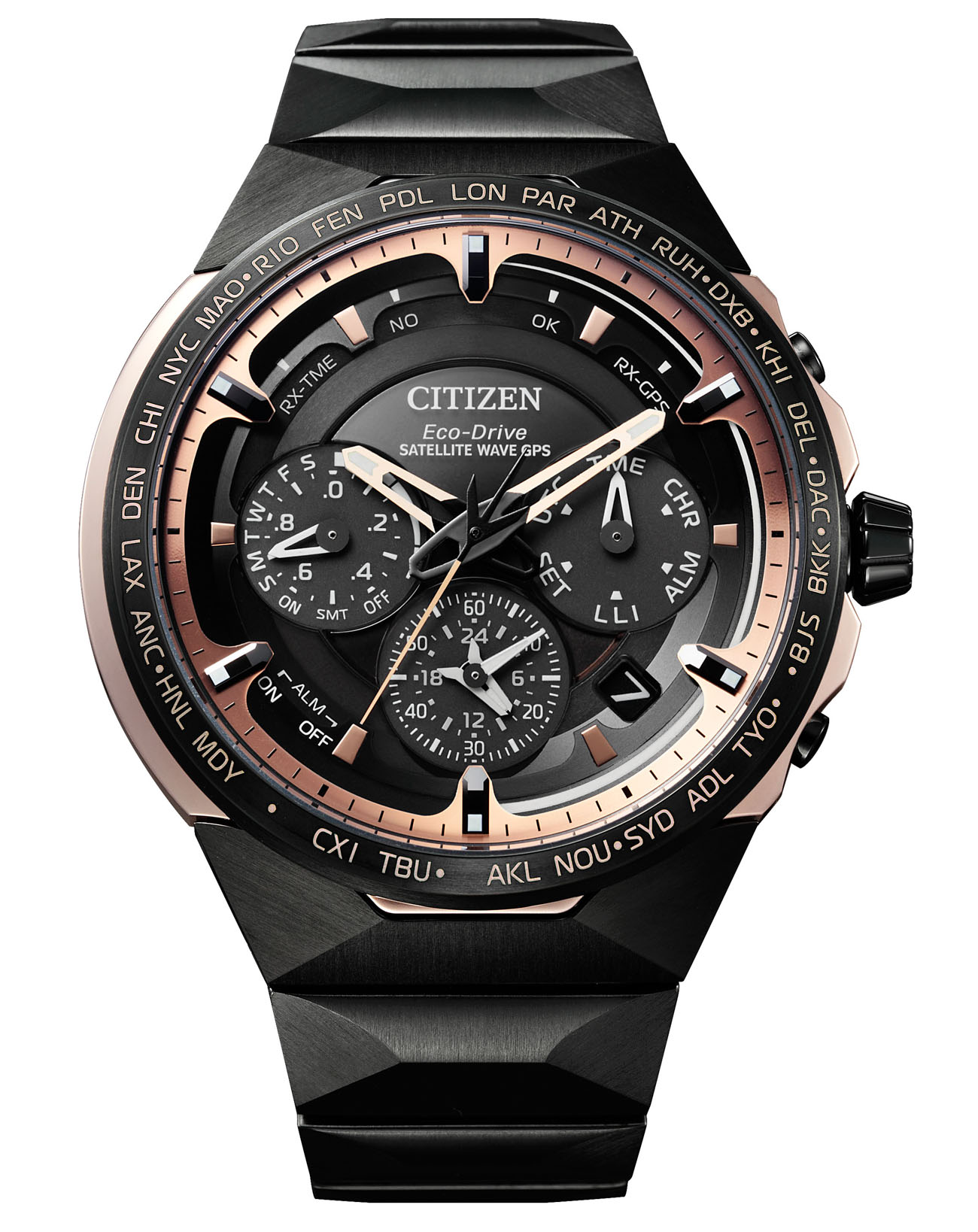 The Mechanism: Advanced, Autonomous Precision At A Zenith Point

Citizen was an original innovator of the GPS-controlled traditional wristwatch when it introduced the first Satellite Wave GPS nearly a decade ago in 2011. The timepiece was revolutionary for being both light-powered (Citizen Eco-Drive) and able to update itself to the correct time anywhere in the world. In 2014, Citizen continued to refine its GPS watch collection with smaller, more efficient movements and a new case design language with the release of the Satellite Wave GPS F100 (reviewed on aBlogtoWatch here). In 2015, Citizen added to its GPS watch family with the Satellite Wave GPS F900 that rounded out the core movement with a number of additional features such as a chronograph and world time mechanism added into the core electronics. It also features quick-responding hands that are each powered by their own independent motors.

Later, Citizen further refined the Caliber F900 with the Caliber F950, which is featured in the limited-edition Titanium Technology 50th Anniversary Limited Model watch and also happens to be the most advanced light-powered GPS watch movement ever created by Citizen. 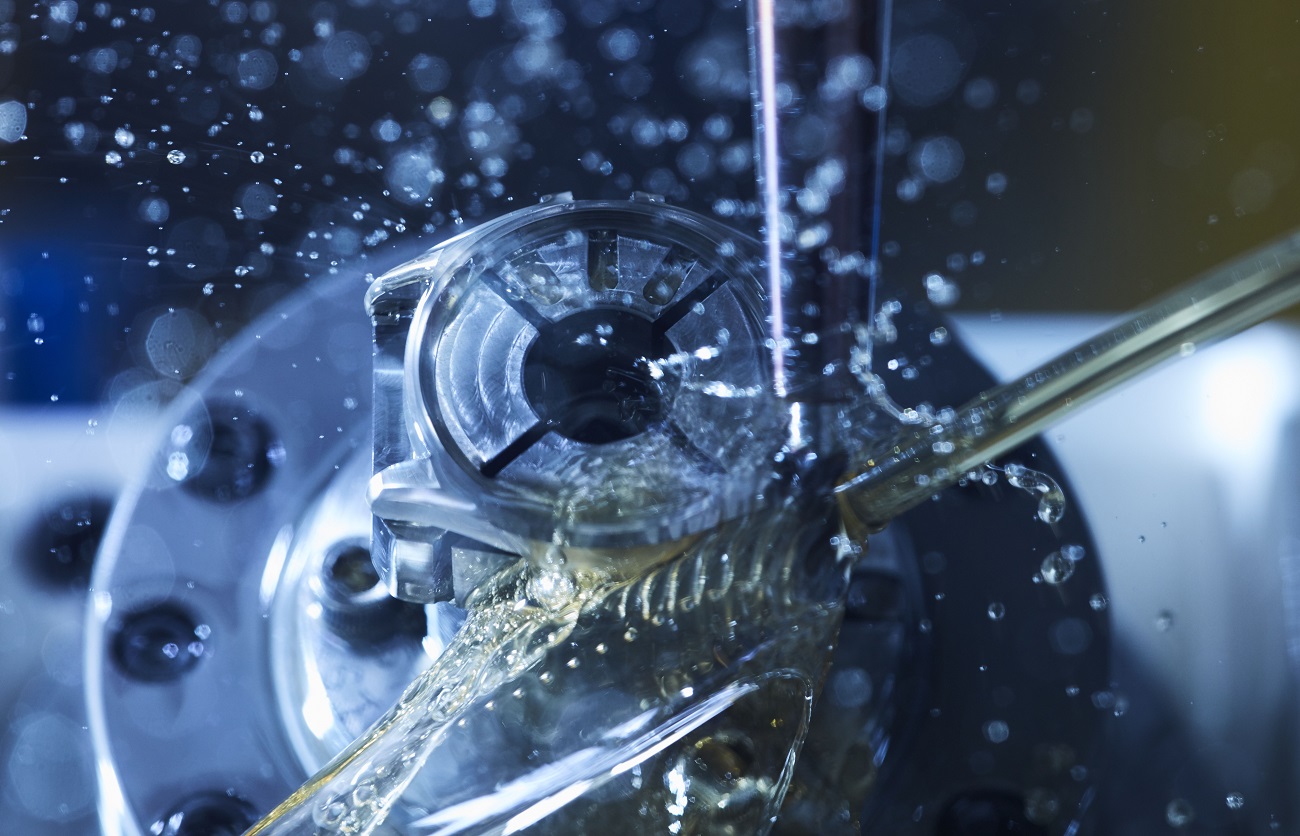 It takes an average of just three seconds for the Cal. F950 Eco-Drive quartz movement to pick up a GPS signal, allowing the watch to not only update the time but also calendar information, as well as the location on the Earth where the watch is located. This feature relieves wearers from having to manually input what time zone they are in.

Citizen designed the Cal. F950 to be a traveler’s companion — a low-maintenance companion. The movement powers itself via Citizen’s Eco-Drive light-power generation system using specially engineered photovoltaic cells visually hidden under the dial. Given that the watch is able to automatically update itself using GPS signals, users have a few options for resetting the time at will. They can manually sync with GPS signals at any time, or they can manually adjust their current location using the list of reference cities on the dial and the watch will immediately adjust its display time. Even without GPS time synchronization, the Cal. F950 movement is accurate to within five seconds per month, removing the burden of setting or charging a Satellite Wave GPS F950 watch — as a tool it merely exists to be useful to the wearer. This version also happens to be produced with a beauty and durability meant to resist fading.

The Aesthetic: Hyper-Contemporary Wearable Representing The Best Of An Era

The dial of the Citizen Satellite Wave GPS F950 Titanium Technology 50th Anniversary Limited Model watch is a novel approach, but one that builds off of Citizen’s long legacy producing timepieces for aviation professionals, as well as the original futuristic design of the first Satellite Wave GPS timepiece. The modern pilot-style hands move across finely polished hour markers that are dispersed between two dial layers. Subdials offer an immediately legible second time zone in 24-hour format, a calendar, and a function indicator. On a full charge, the light, rechargeable battery can last up to five years in power saving mode.

Black and gold tones together have a long history in Japanese culture of demonstrating prestige and beauty. The majority of the Titanium Technology 50th Anniversary Limited Model watch is in black diamond-like carbon coating, applied over brushed Super Titanium surface. Citizen then uses a similar application but in “Sakura Pink” (pink gold tone) for the case middle, as well as for elements on the dial that are used to create highly legible contrast.

Citizen created the Satellite Wave GPS F950 Titanium Technology 50th Anniversary Limited Model watch not as a design to celebrate its past, and not as a concept to imagine its future. Instead, Citizen tackled the inherently more challenging prompt of designing a timepiece that represents the most contemporary forms of today. Space vehicles, supercomputers, and skyscrapers are all part of the cultural landmarks the reference CC2405-82E is meant to evoke. The resulting angular design also nevertheless fits into popular trends and tastes within the traditional watch industry with is integrated bracelet design and attractive symmetrical dial layout.

On the wrist, the Citizen Satellite Wave GPS F950 Titanium Technology 50th Anniversary Limited Model watch measures 47.5mm-wide, with a case that is 14.7mm-thick. Over the dial is an AR-coated sapphire crystal, and the case is further water resistant to 100 meters. Citizen will produce 550 pieces of this limited edition product, with the reference CC4025-82E slated for commercial release in the Winter of 2020. Price is $5,000 USD. Learn more at the Citizen website here.