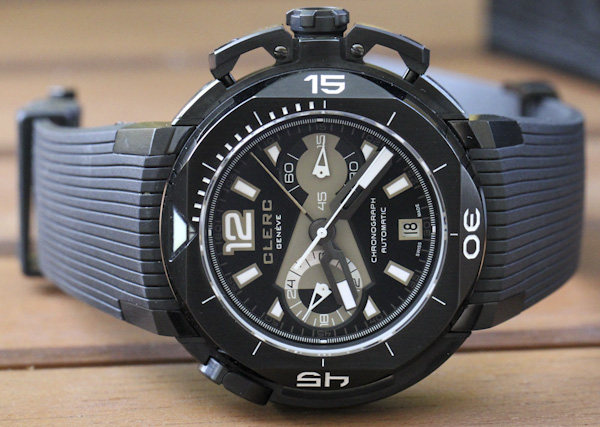 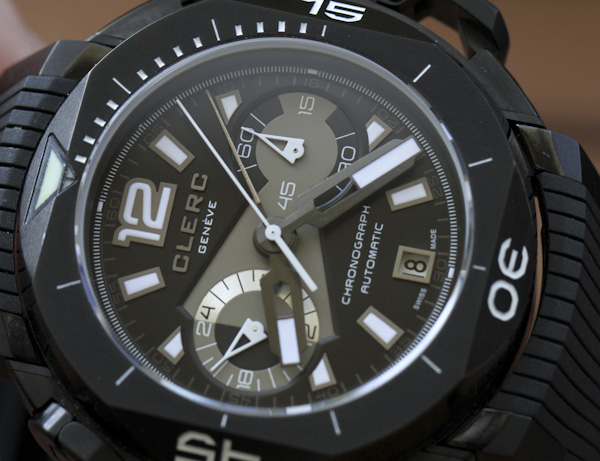 I said it before and will confirm it again now, this is probably the best dial that Clerc watches has designed in its modern life. I first covered this very nice Hydroscaph Limited Edition Chronograph watch here. Now after some time on my wrist I can discuss it a bit more.

The basic Hydroscaph watch case has more or less remained the same for Clerc since its inception a few years ago. Though each model has little differences such as were pushers or crowns are placed. The 44.6mm wide case is highly impressive not only for its visual design, but its level of comfort as well as ergonomics. There is also the matter of the 1000 meters of water resistance. I spent more time discussing the base Hydroscaph case here when I reviewed the GMT version.

The only reason I can think that Clerc made this good looking chronograph a limited edition is because they couldn’t get more movements. Though I can’t be sure. Inside the Hydroscaph Limited Edition Chronograph is what Clerc calls their Caliber C608 automatic. The C608 is a base movement with a custom chronograph module done for Clerc. I am guessing that it was made by Dubois-Depraz or someone similar in Switzerland. The chronograph is a central minute chronograph – which I love. Not just that but it is also a GMT movement. 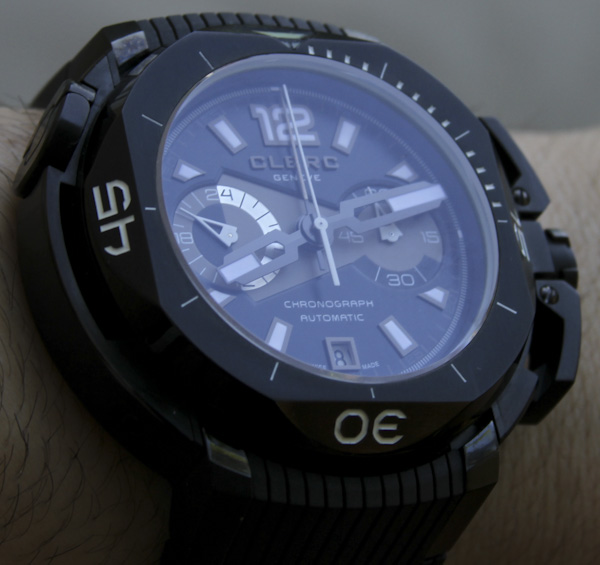 Having a central chronograph means you can get away with having just two subdials. This offers an elegant symmetrical dial and two large, highly stylized, useful subsidiary dials. Like many people I am intrigued by all the new GMT watches that use subdial GMT hands versus ones on the main dial. This isn’t the first time Clerc has used a subdial for GMT indication and I am glad that this manner of indicating a second timezone seems to work. 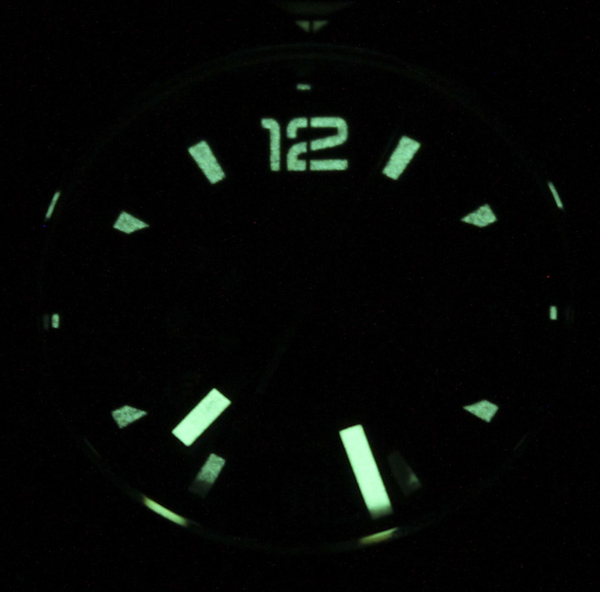 One of the coolest design features of this updated Hydroscaph watch case are the chronograph pushers. Wing-like in their form, they pivot on joints near the crown. and offering a neat look and are easy to operate. For this model the bezel rotating crown is placed on the left side of the watch.

Clerc will make about four versions of the Hydroscaph Limited Edition Chronograph watch available. This one is in a DLC black coated case with brownish gray and black dial. I personally prefer the model that has orange trim. A third model makes due in polished steel without DLC, and one more after that comes in an 18k rose gold case. For me a DLC coating is a good thing to have given its ability add further wear resistance to an any watch. 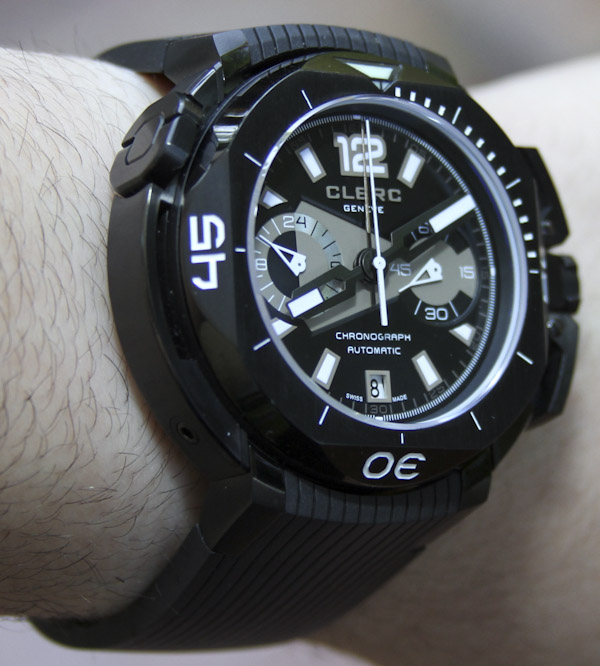 Is that vanilla I smell? Yes it is. Clerc supplies the Hydroscaph Limited Edition Chronograph with a scented rubber strap, but the pungent smell never removes from the piece’s masculine allure. The modern style with classic Swiss sentiment really does feel like what Clerc was founded on and continues to produce to this day. There is a fun masculinity and sobriety in this brand… and this piece in particular adds a good sense of visual balance to the equation. It is like a big chunky watch that you can justify to anyone by calling it a piece of art.

As a chronograph and GMT watch the Hydroscaph Limited Edition Chronograph makes sense, but I wouldn’t call it a a perfect traveler’s watch because a subsidiary GMT dial can be hard for some people to read. On this watch I found it OK actually, and you can even see that Clerc used two colors for the dial to indicate day and night – a nice little touch. It is possible for people to not like the dial style, but I personally like the mod-retro angles and bold indexes. The luminant is bright and the style seems to match with the case.

Clerc has produced 500 pieces (each) of these watches which by my calculations means there are about 2000 of them floating around. Priced here at around $11,220, the watch starts at $9,350 in non-DLC coated steel and goes up to $17,100 in rose gold and DLC. They are on the pricey side but not a let down for what you would spend on something else.