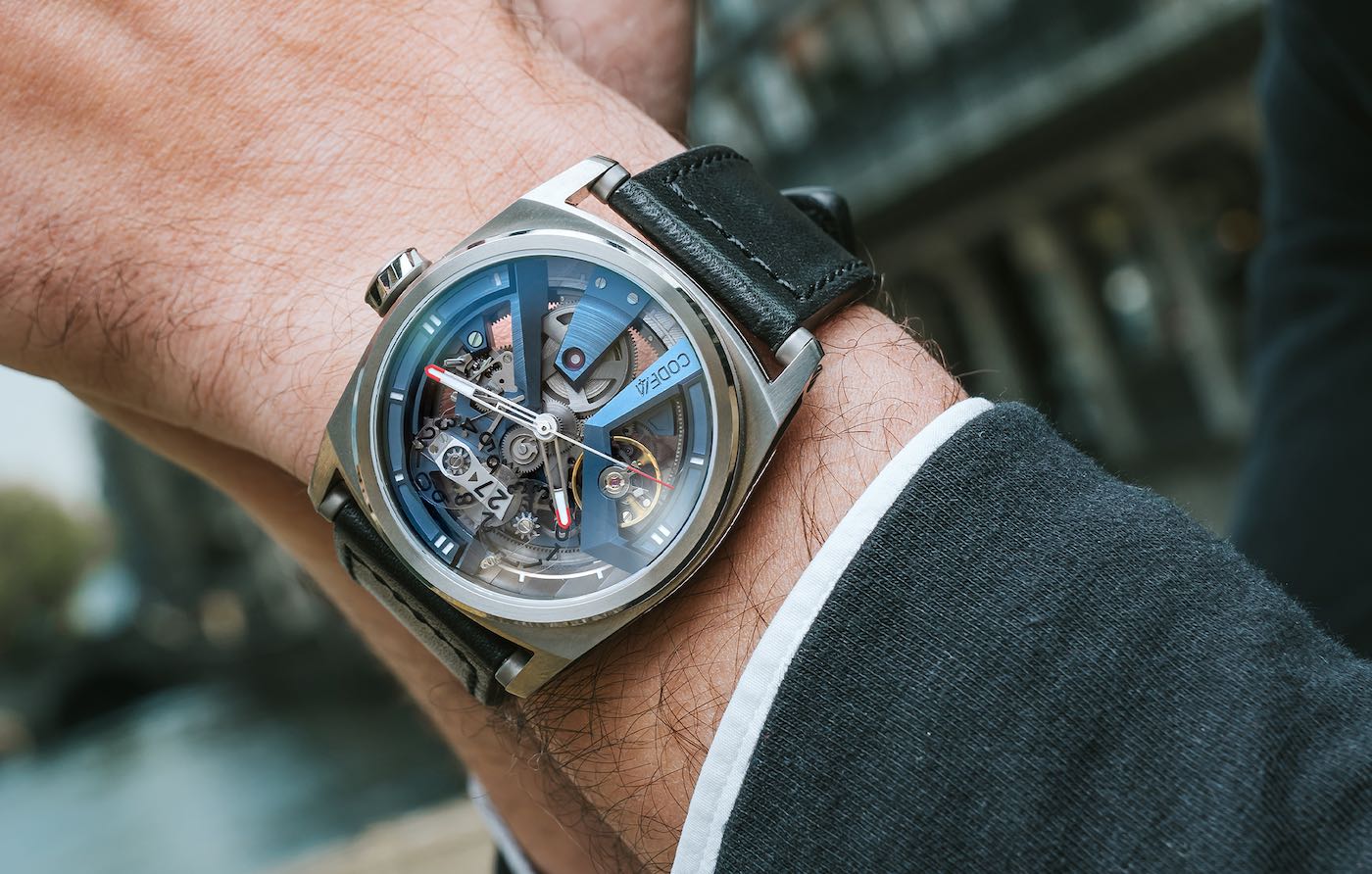 The watch industry is moving through interesting times. Brands old and new are exploring new avenues in an attempt to remain or become relevant. While fledgling brands have the advantage of being built explicitly for this tumultuous era, smaller budgets than the old guard put them at an immediate disadvantage. The only way to have success is to lean on creativity. The CODE41 project has, thus far, not only produced creatively designed products but has also positioned total transparency as the defining pillar of the brand. Back in March 2019, the CODE41 X41 watch was released. At the time, the brand sold 700 units — 500 Creator Edition pieces and 200 engraved with “Edition 2.” Following that success, “Edition 3” will be available for pre-order from October 30th for just two weeks, and so the chance to own one of the most interesting and accesibly priced haute horlogerie watches on the market, for a price still below its relative retail, value is a limited one. 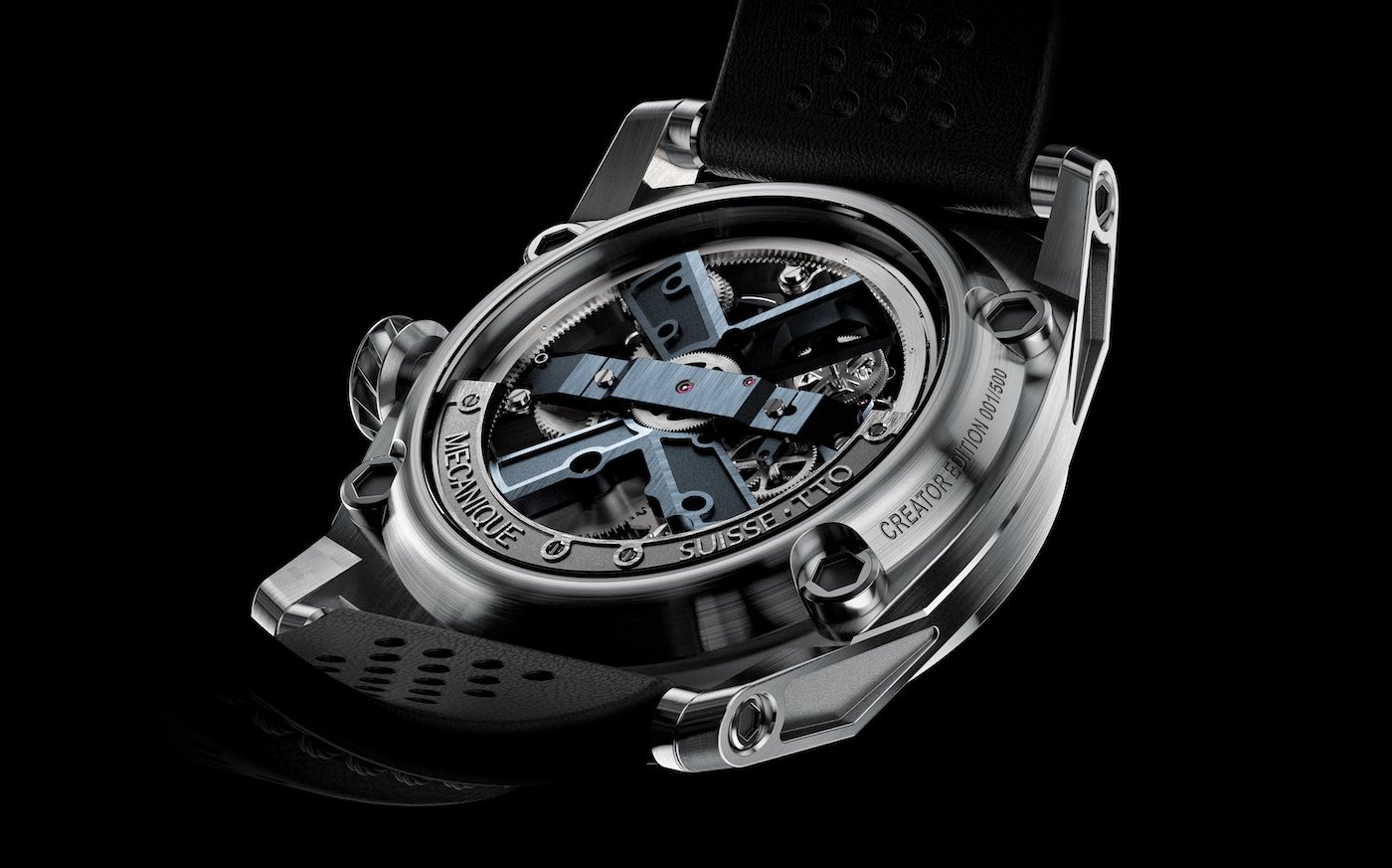 Plenty of young brands pursue a modern, online-only retail model, forsaking the traditional high-street stockists so that the retailer margin can be eliminated (often entirely) and customers can buy into the brand at effectively half of what a similar watch priced for physical retail would cost them. What fewer brands do, however, is to reveal exactly what is going on behind the scenes, which would, of course, give a clearer indication of how good a value a direct-to-consumer product actually is. The CODE41 team doesn’t just lift the lid on the reality of forging a reputation in modern watchmaking, they go as far as to itemize every component used in the construction of their products so that members of this dynamic community can see precisely how their purchase is contributing to the running and growth of this groundbreaking group. 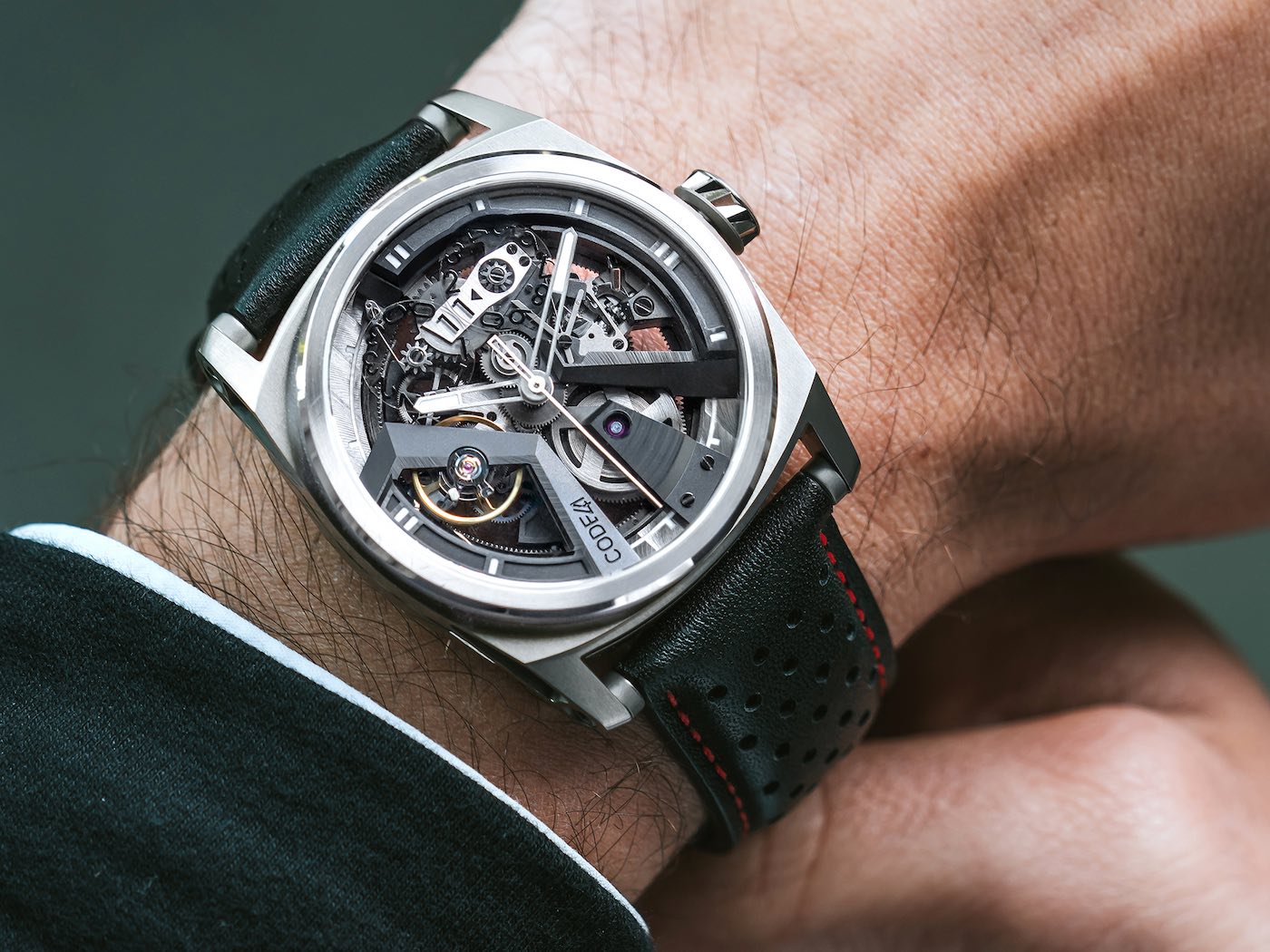 The CODE41 X41 Edition 3 will be limited to just 300 individually numbered pieces. Delivery of these new units is expected to begin in summer 2020, following the succesful delivery of the Creator Editions and Edition 2 watches in late 2019. The number of 300 pieces is significant in light of the first release, which saw the first 300 units sell out in just three hours. 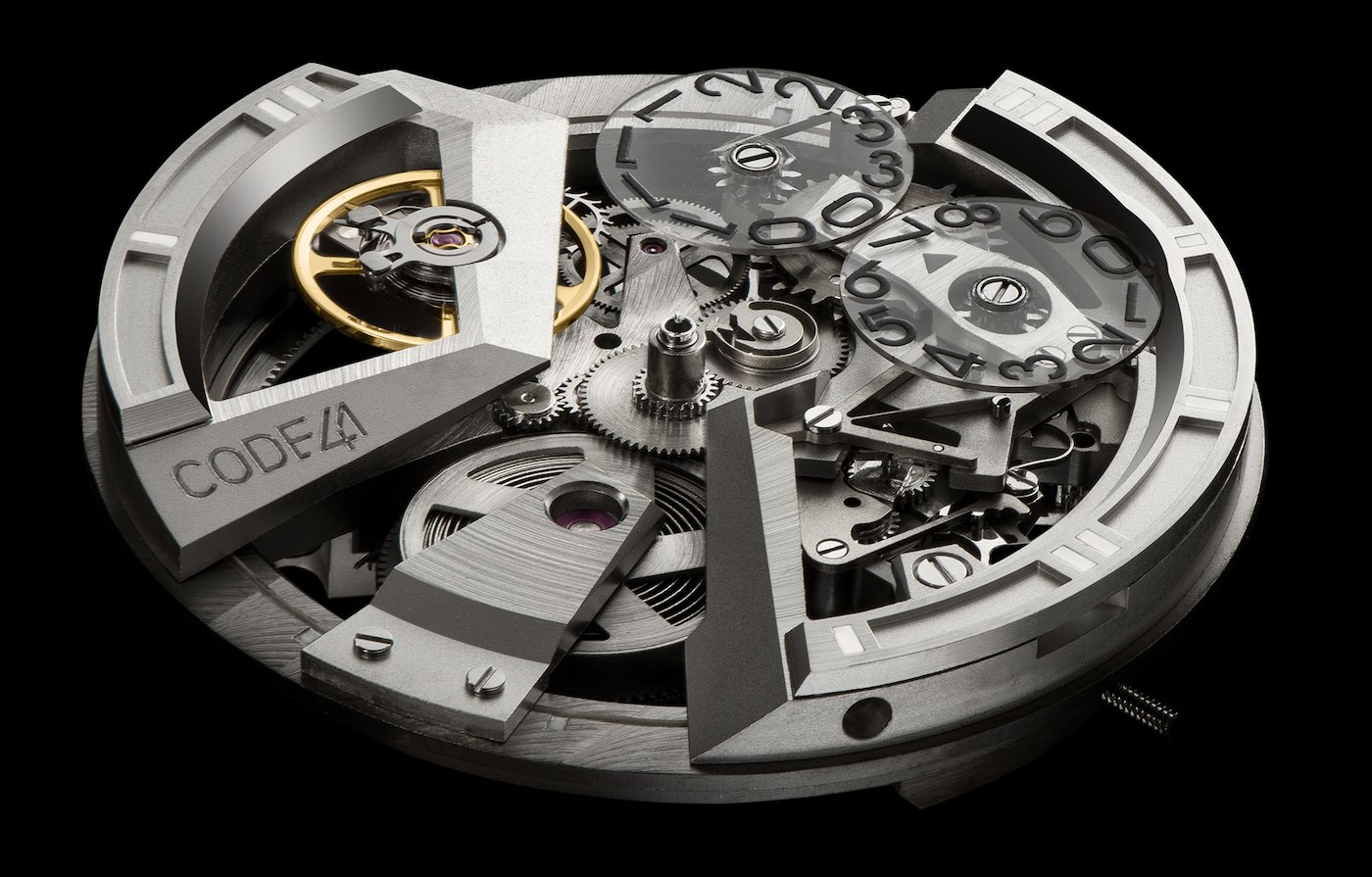 Currently, the brand’s watchmakers are checking and assembling the 297 components that comprise the high-end proprietary movement that makes CODE41 stand out (visually and technically) from its price-point peers. The most immediately noticeable thing about the X41 movement is its peripheral oscillating weight, affording its owner a clear view of the avant-garde movement architecture, which is incredibly unusual for an automatic watch. The peripheral weight gives the movement a very distinct character, while retaining the efficiency of a centrally mounted weight, which is often sacrificed when an eccentric oscillating weight is employed as an alternative solution. This aspect of production is notoriously difficult, but by bringing the machining of the ball-bearing (which provides smooth and low-volume performance), CODE41 has achieved what many other brands have deemed too costly to pursue. 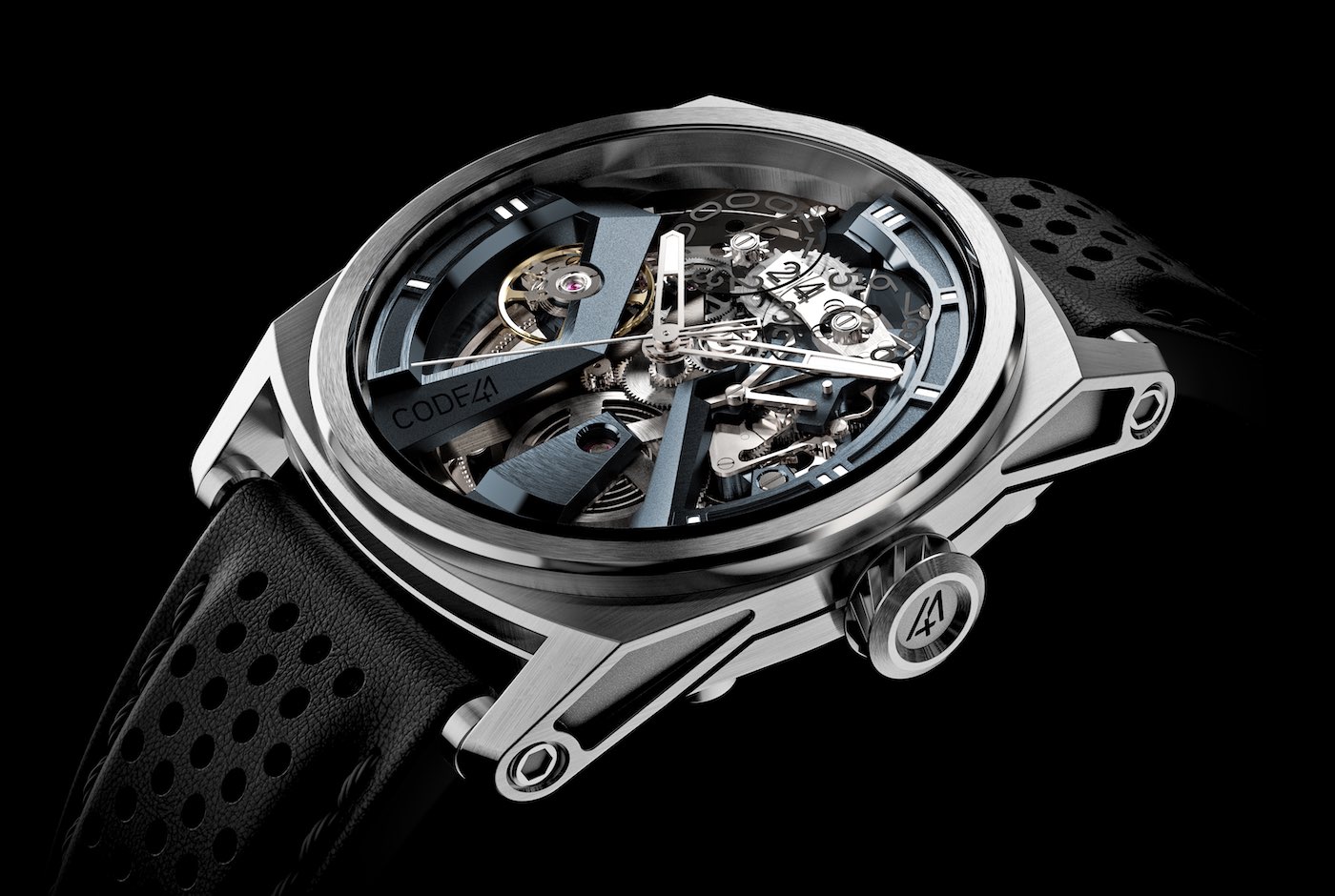 Angular, jutting bridges (in some cases, colored blue) and an openwork dial are both softened by the delicate surface finishes applied by hand. It is common in watches of this style to see rough, industrial textures. With the CODE41, particular attention has been paid to the way light moves around the movement so that the vista is one of elegance rather than edginess. On the wrist, the CODE41 X41 wears every bit like the $20,000 products with which it aims to stand toe-to-toe. 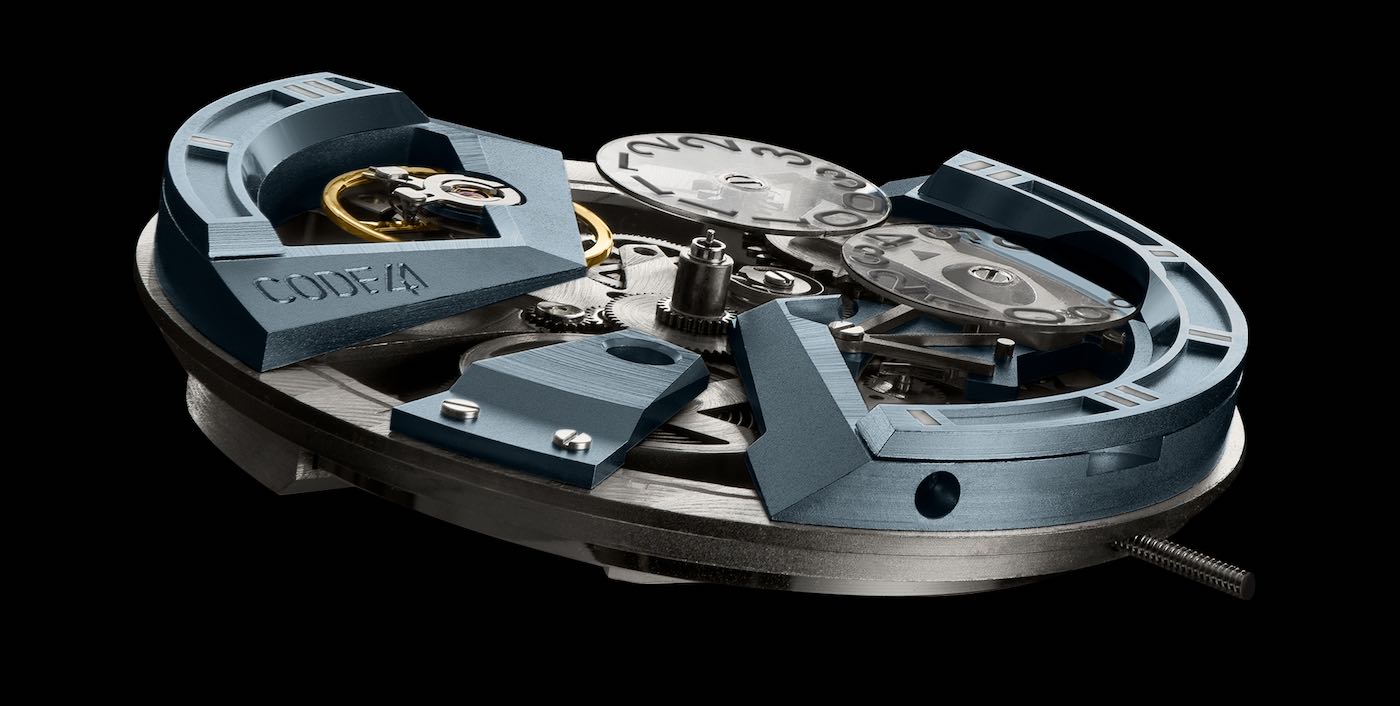 Long-term planning is also part of the brand’s DNA. CODE41 is so confident in its manufacturing quality that the normal two-year guarantee has been extended to three, while servicing contingencies exist should the brand ever cease to exist, thanks to a special agreement with the brand’s manufacturing partners, which will guarantee ever-present after-sales support. 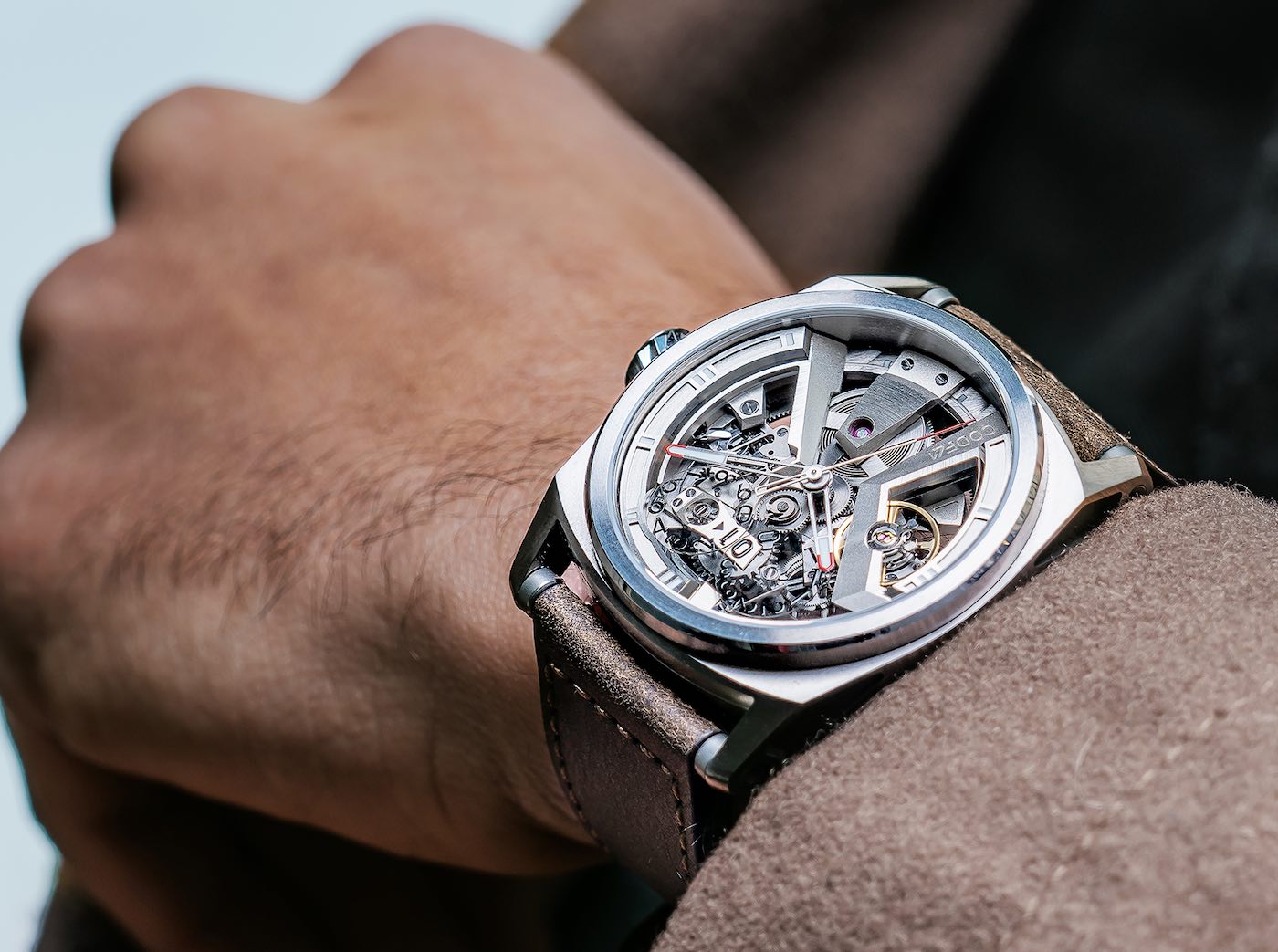 The 42mm-wide titanium-cased CODE41 X41 watch weighs just 55 grams with its (30g) leather strap attached. The strap features a quick-change system that enables quick customization. Over 90% of the X41’s value is Swiss in origin (with the lion’s share of production costs being spent on the movement itself). Despite this, the traditional “Swiss Made” label does not feature anywhere on the watch, as the brand prefers to focus on the actual material quality of the watch rather than relying on old-fashioned (and often abused) categorizations. Edition 3 of the CODE41 X41 watch will have a price of around $5,000. For a full list of how money is spent on the X41 watch and a list of components’ origins, you can check out the official website at code41watches.com.