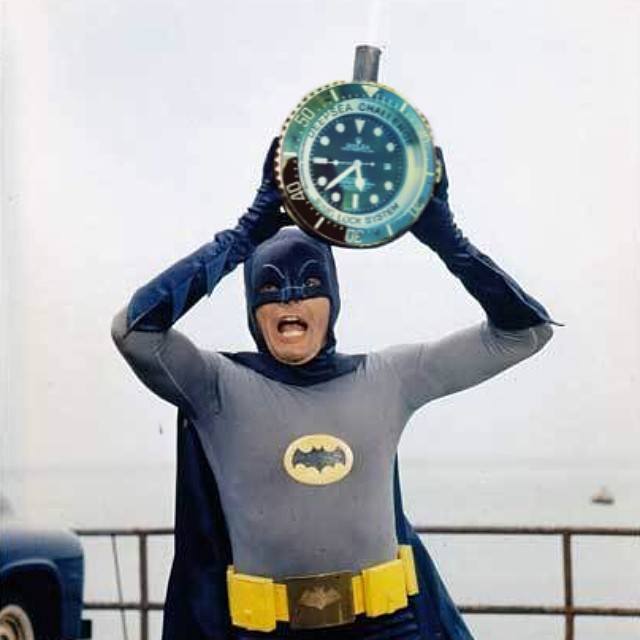 Busting fake watches is his game and FakeWatchBuster is his name. Below, we interview the FakeWatchBuster himself, learning about the most common replica watches he sees, how to spot a fake watch for yourself, and what drives him to dishonor those people who wear and share fake timepieces. In writing “The Truth About Replica Watches,” you probably already know how I feel about fakes.

A sensation among pop culture followers and watch lovers alike, the mission of the anonymously named FakeWatchBuster is to call out people–mostly celebrities–who post pictures of themselves wearing fake and replica watches online, mostly on social media sites such as Instagram, Twitter, and Facebook. The FakeWatchBuster does it with humor and he does it with wit, but he is also merciless in his delivery of justice. He calls himself the “horological Batman” and he is the hero in the night calling out the criminals of copying who would have you believe they are wearing authentic watches.

If anything, the FakeWatchBuster is a hero because he defends us against fake people. Does wearing a fake watch make you a bad person? Probably not as much as wearing a fake watch in order to convince your followers that you are richer or more successful than you actually are. A major target of the FakeWatchBuster’s attention are people and artists in the hip-hop community who attempt to brazenly share obnoxiously lavish (and arguably poor taste) lifestyles. Whether or not these individuals can afford these luxury items and lifestyles is not the issue. But, presenting these lifestyle examples to people via social media creates unrealistic expectations and cognitive dissonance in the people who want to be like them. Of course, people have been lying about their success for eons, that is only human nature and social media has only exacerbated people’s propensity to do so.

Truth seekers such as the FakeWatchBuster looking to help set the record straight have been around just as long. A few decades ago, these were people involved in investigative journalism. Today, people like the FakeWatchBuster, exploit their particular interests and expertise to cleverly and virally balance deception, by exposing the truth in a manner as fun for the public to digest as the lies the public wants to believe. It is perhaps particularly appropriate in this day and age for fake displays of wealth to be identified by status-laden timepieces. 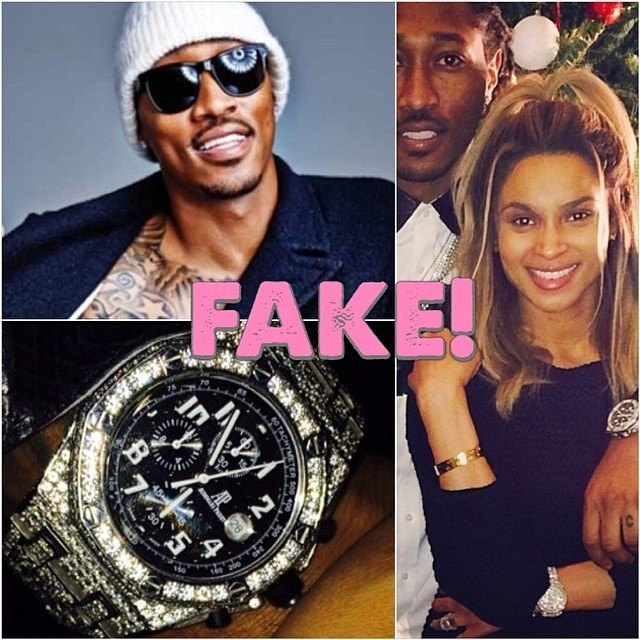 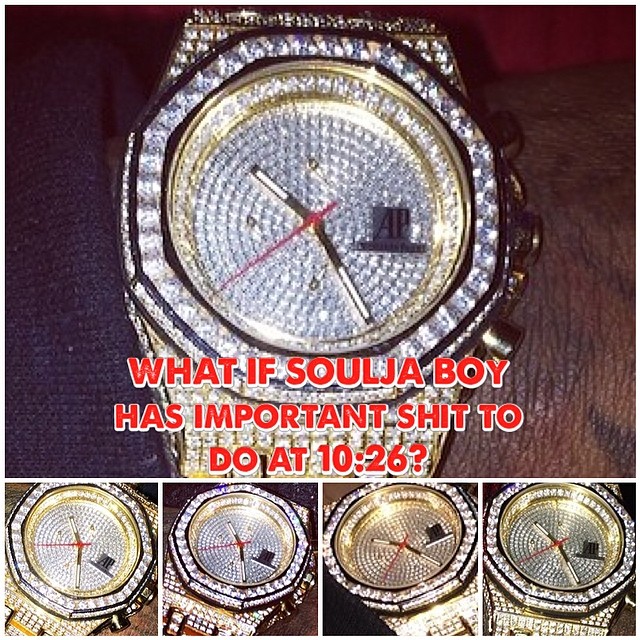 Whether you are like me, and seek to delve deeper into the sociological significance of calling out poorly appointed pop culture symbols on their replica timepieces, or you just think it is fun to see people squirm when someone makes them answer for the fake watches they are wearing, the FakeWatchBuster is a worthy stop on your daily media consumption journey – especially for watch aficionados like us. aBlogtoWatch spoke with the FakeWatchBuster interviewing him about the most common fake watches and other advice from the defender of all that is horologically authentic.

Advertising Message
aBlogtoWatch: I really enjoy your work – namely trolling the Internet for people posting pictures of themselves with heinously fake watches – why do you do it?

FakeWatchBuster: Thanks! It’s mostly for the laughs you know, but I also really don’t like the replica industry. I don’t really think any consumers lose any sleep over these Swiss million dollar companies getting hurt. Having said that, all the research I’ve done about the replica watch industry talks about terrible conditions and use of hazardous materials as well as child labor. I mean there is bad stuff like this in legitimate production too, but remember that the replica industry – including fake bags, watches, sunglasses and more – is a major global economical player without any form of regulation at all.

At the prices they sell items for it’s not possible to make these watches in an ethical way and the working conditions must be some of the worst there are. I want to attach stigma to wearing and buying these watches and hopefully the FakeWatchBuster account can make people think a couple of extra times about buying fake watches. I have seen the other anti-counterfeit campaigns from the Swiss watch industry, but I think they need to be mixed with humor like this one to truly have an impact. 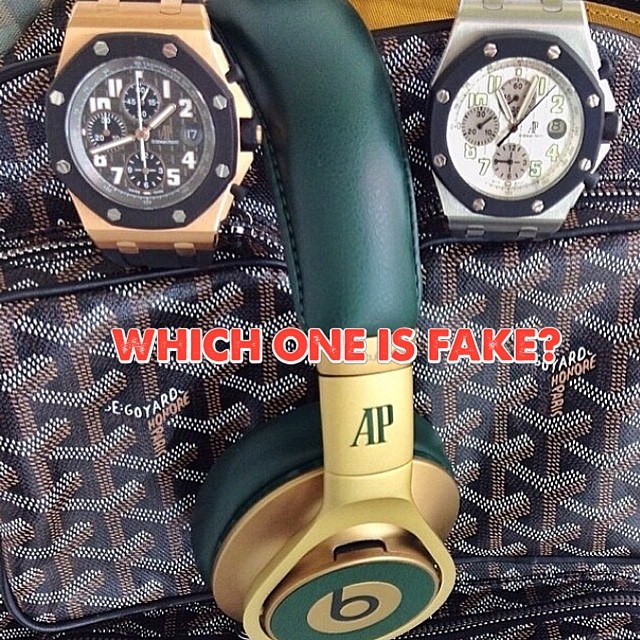 aBlogtoWatch:  Clearly you are a watch lover, and you are in good company here. So let me take the other side of the fence for just a second. Even though these people you are calling out are wearing fake watches, isn’t there something positive to be said about the fact that they are at least engaged in “watch culture” at all?

FakeWatchBuster: I don’t think this is watch culture we are seeing when I spot someone wearing a fake watch with fake diamonds on it. Of course some of these people are buying these items because they can’t afford the real deal but I think for most of the cases it’s about portraying to the world that they are rich and want to create some kind of false identity by doing this. In the hip-hop culture it’s more about the jewelry aspect of it and it’s more about the diamonds than the actual watches themselves. I think that is one of the reasons why these watch jewelers get away with putting diamonds on fake watches. I have heard stories about people getting into real watches from first buying fakes but I don’t think those are the kind of [people] that would flash the fake watches on Instagram.

aBlogtoWatch: Let’s go back to the pre-Instagram days, were you the type of guy who saw people with fake watches on the street and got irritated or is this something new for you?

FakeWatchBuster: I have had a couple of cases where I wanted to compliment someone on their watch and when I saw it closeup I realized it was a replica. I guess this is the real life version of FakeWatchBuster, hehe. I didn’t try to insult them, but I’m not afraid to point out in a friendly way that a watch is not genuine if I’m sure about it being a replica. I’m not an easily irritated person and I’m not a hater like the account maybe can make me look like, my biggest motivation is just the love of genuine watches.

aBlogtoWatch:  Is it hard to find pictures of people proudly wearing fake watches online or it is much easier than one may think?

FakeWatchBuster: I started out just searching hashtags on Instagram and there are a lot of fake watches mostly on the #Rolex tag. It always baffled me that when these people show this off to their friends they include the option of anyone on Instagram of finding it. I guess people really believe no one can tell the difference between real and fake watches. When I started moving more towards celebrities as the account grew bigger, I started targeting certain accounts or reading some of the blogs that re-post expensive stuff from Instagram. At this point I get about 100 submissions a day so I really don’t have to look for fake watches anymore – they come to me. 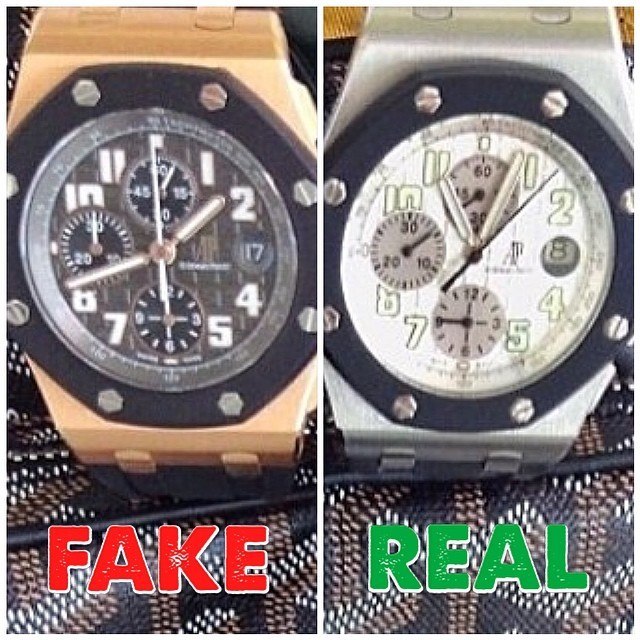 aBlogtoWatch: Based on your experience “busting fake watches,” what would you say are the most popular watch brands and models that people are buying fakes of?

FakeWatchBuster: Rolex is [the] number one [commonly] faked brand, especially amongst those with the cheapest replicas. The next most common faked watch is Audemars Piguet. I think the rise of Audemars Piguet is due to its popularity in the hip-hop culture and also due to its original price point being high. The Rolex DayDate and DateJust are the most copied Rolex watch modes and then the Submariner after those.  When it comes to Audemars Piguet it is all about the Royal Oak Offshore. Other brands on the rise when it comes to replicas are Panerai and of course Omega. I have yet to see any properly made replicated of Patek Philippe, Vacheron Constantin, or similar brands. They are replicated, but the fakes look nothing like actual production models.

aBlogtoWatch: Do you think all of these people wearing fake watches know they are fakes? Or, are some innocent victims?

FakeWatchBuster: I think most of these people really know. It’s harder to know when it comes to these rappers since the factor of these shady jewelers is in play – as opposed to legitimate watch stores and jewelers. If you do your proper due diligence when buying a luxury watch it’s pretty hard to end up with a replica. It’s all about buying the seller and not the watch. If there are innocent victims, at least they learned the watch was fake and can do something about it and not share it online via social media. I would like to think if this was the case they would have emailed me and explained the situation – which I would of course respond to.

aBlogtoWatch: Watch companies and Google have done a pretty good job making sure that replica timepieces are harder to find online. Do you think that fake watches are being sold less, or are people just finding them easily in other places?

FakeWatchBuster: I read a small article that says online searches for replica watches have gone down from 4.5% to just 1.85% of total watch-related searches, compared [to] the previous year. I guess this is largely due to it being a bit harder to find fake watches online, but I really hope it’s also because people are staying away from the fakes more. Some airports are also getting harder on this and in Italy it can mean prison time to be caught with replica items in your baggage. When I’m out traveling, I also see less of the straight knock-off pieces. More and more, it is brands like “Sun-Ray” which would be a cheap, and perhaps way of faking, a Ray-Ban-style design without copying the name.