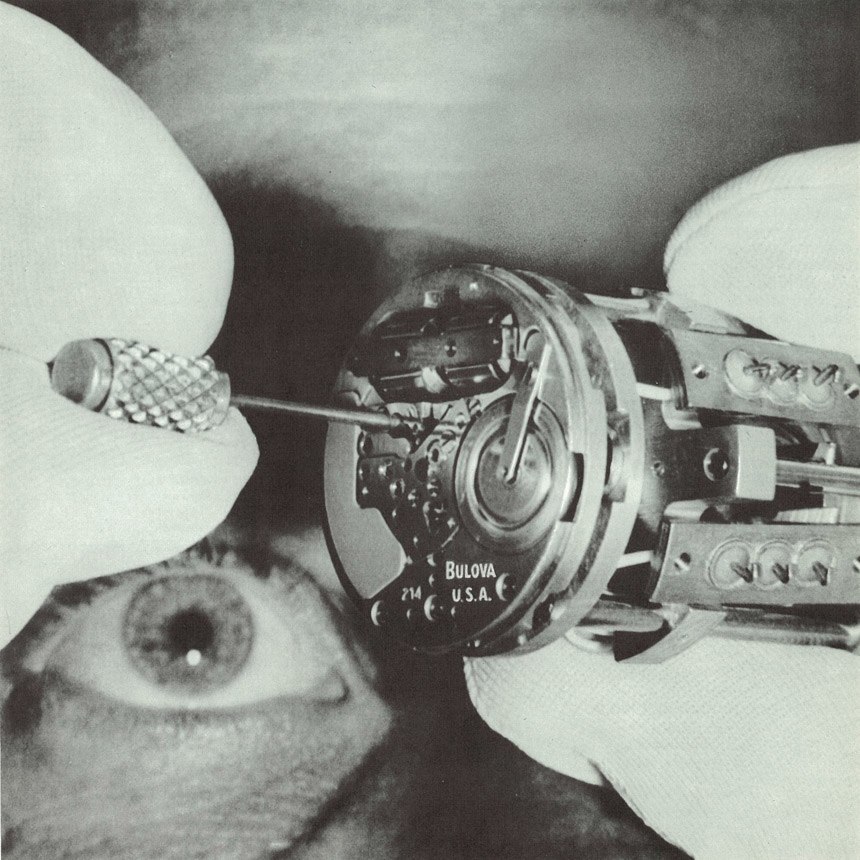 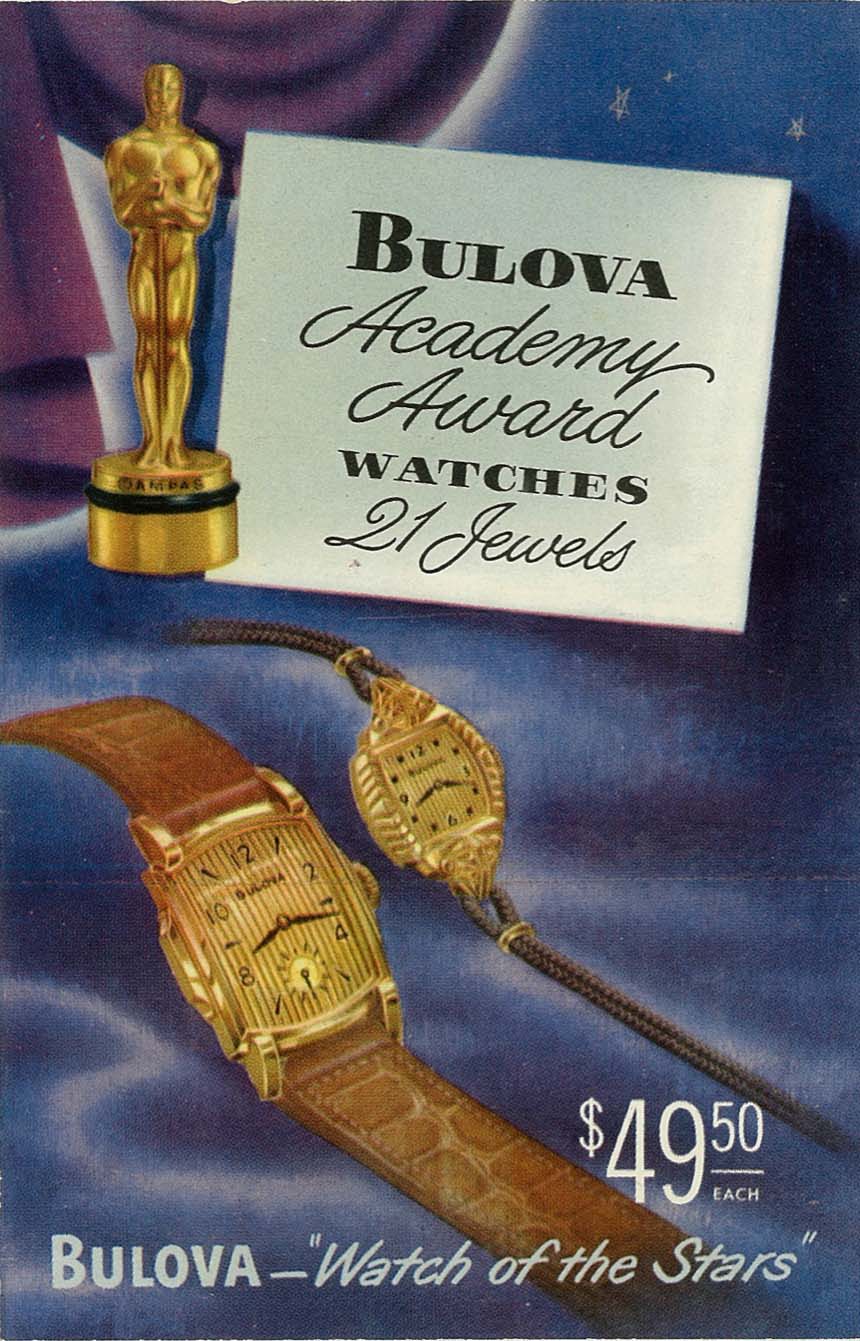 I’ve said it before, and I will say it again, advertisements for wrist watches were once so much better than they are today. I think this collection of pretty awesome Bulova watch ads (and other historical images) from the mid- 20th century help prove that. I am also taking this opportunity to share a three-part interview series I did with Mr. Greg Thumm, the President of Bulova watches. Greg is the type of brand leader you want to listen to. Not only is he an actual watchmaker, but he has been responsible for one of the best watch company re-branding efforts that we have seen in a while.

There are three elements to this article. First, is to watch the three part interview series with myself and Greg Thumm, next, is to take a look at the cool vintage Bulova watch advertisements and photographs, and last, is to check out the short modern history of Bulova in the article itself. 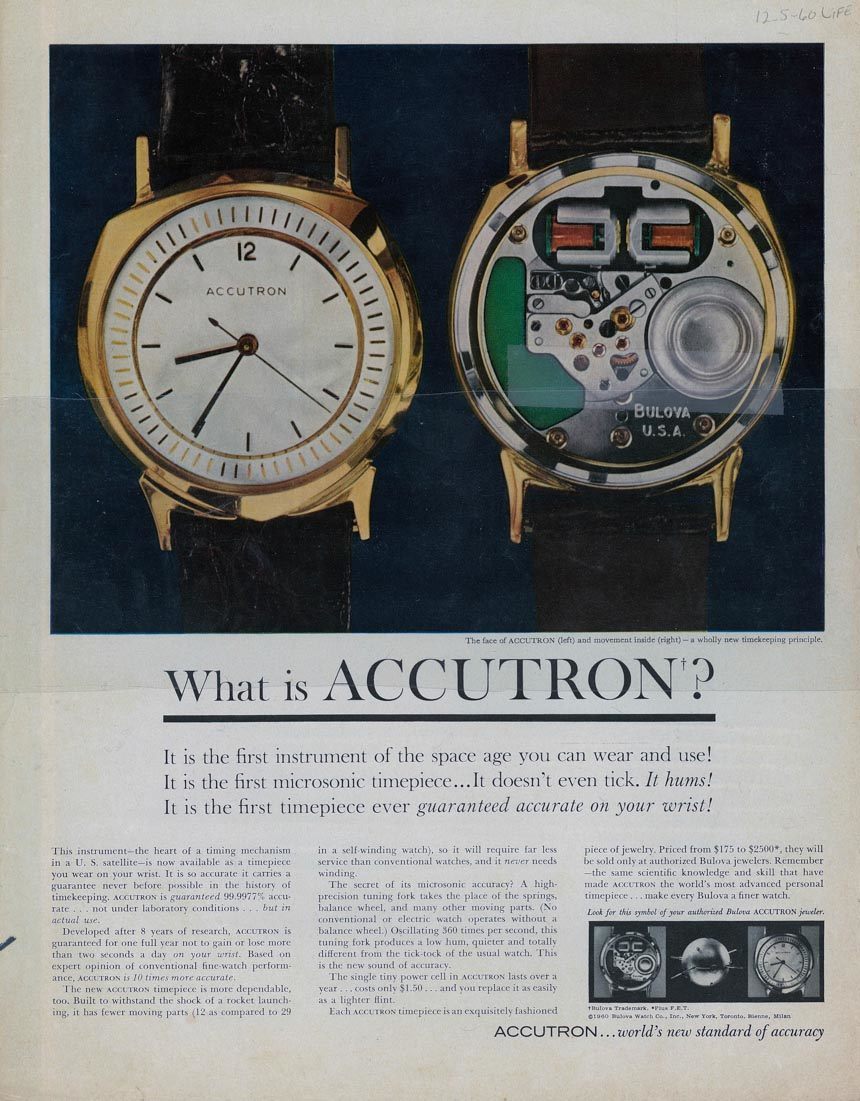 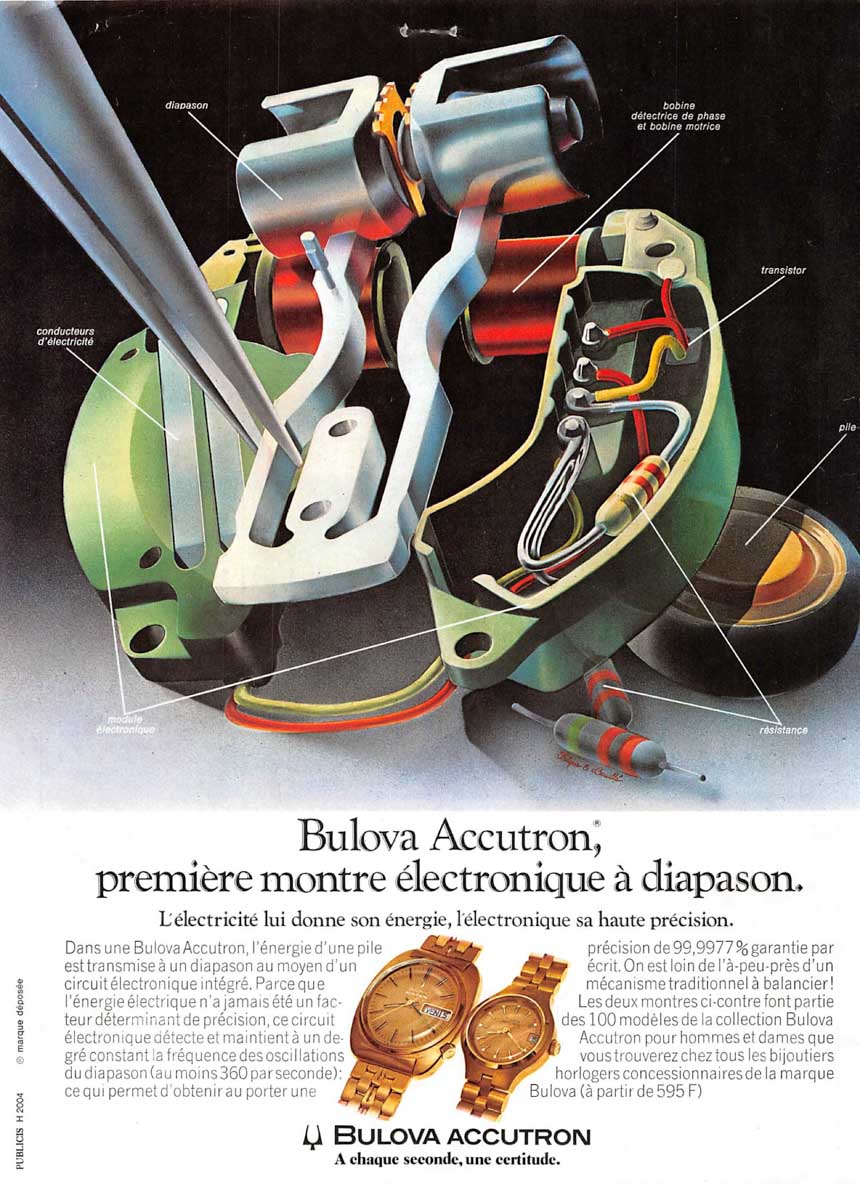 You’ll notice that many of these Bulova watch ads discuss Accutron. It was 1960 that Bulova originally debuted the Bulova Accutron watch collection – a timepiece that made use of a then novel technology; the tuning-fork based movement. This electronic predecessor to quartz was the first major step in vastly improving timekeeping accuracy and was a huge hit for Bulova for about a decade, until quartz movement technology became more available, after its initial debut in 1967 by Seiko – and later a few Swiss watch brands. Accutron was among the first major advancements the watch industry had seen since its efforts to miniaturize and mass produce mechanical movements for use in wrist versus pocket watches. 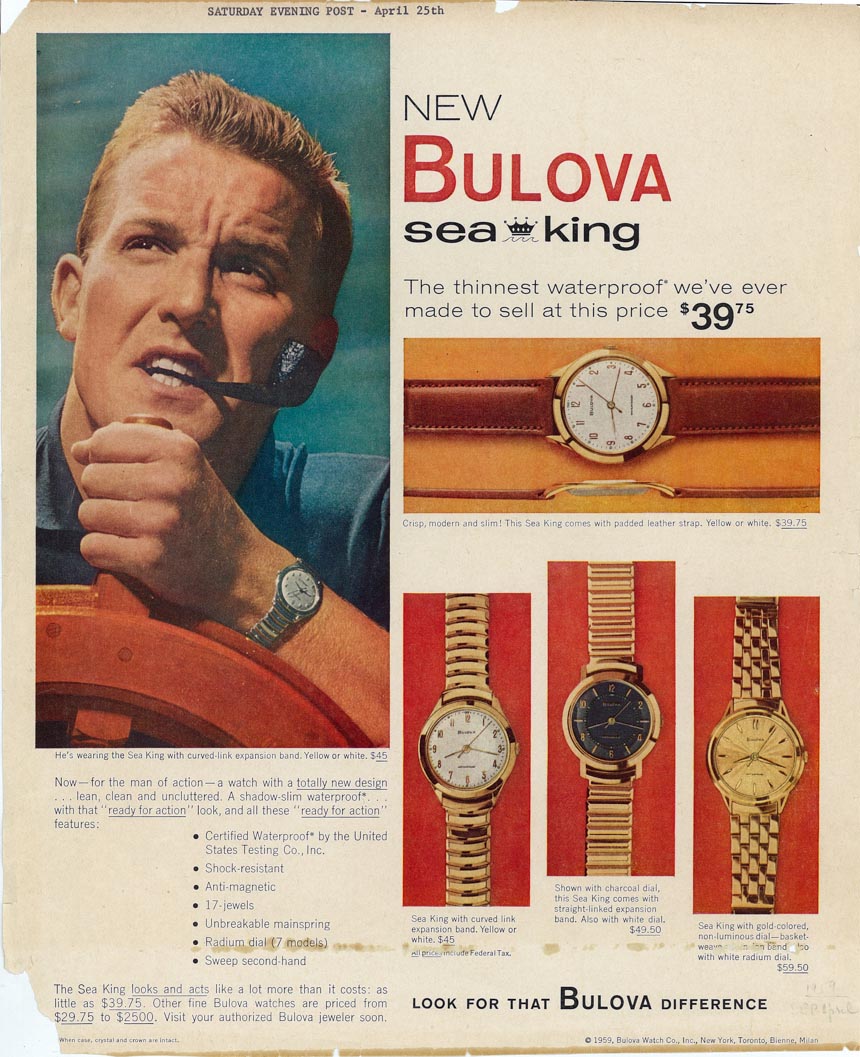 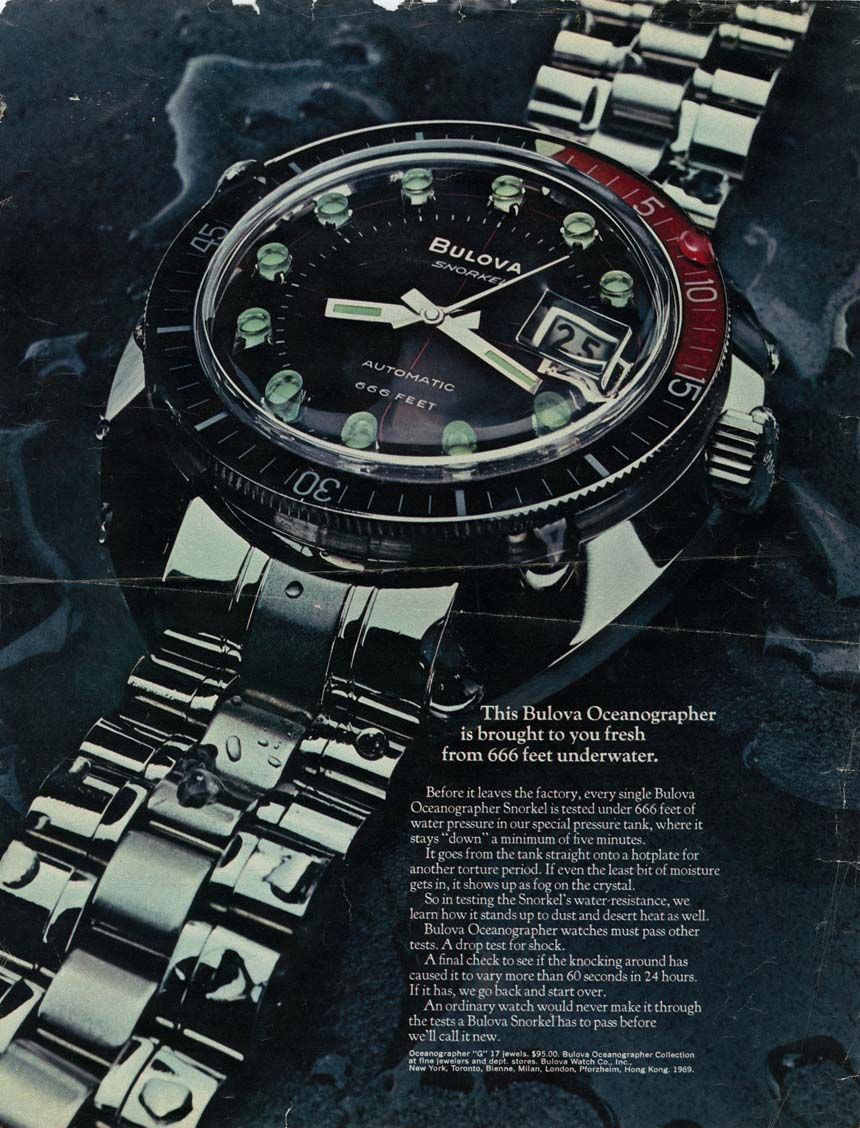 Bulova Oceanographer Snorkel: Advertisement For A True Drive Watch From 1969. The Snorkel Style Has Been Revived In A New Collection By The Same Name Within The Bulova Accutron II Brand

Until relatively recently, Bulova was an American watch company, one of a few major ones such as Hamilton which dominated the wrist watch landscape for much of the 20th century. The advent and proliferation of the quartz watch toward the end of the 20th century changed the watch industry forever, shifting focus to Asia, when it came to the design and manufacture of mainstream timepieces. Europe remained and grew as the epicenter of luxury goods, and the United States focused on other technology such as the quickly advancing software and personal computer industries. Bulova was eventually purchased by the Japanese watch company Citizen, but it remains operated in the United States, where it has been historically located in New York. Soon, Bulova will be returning to New York City (to a large space in the Empire States building) from its current longstanding location in Queens. 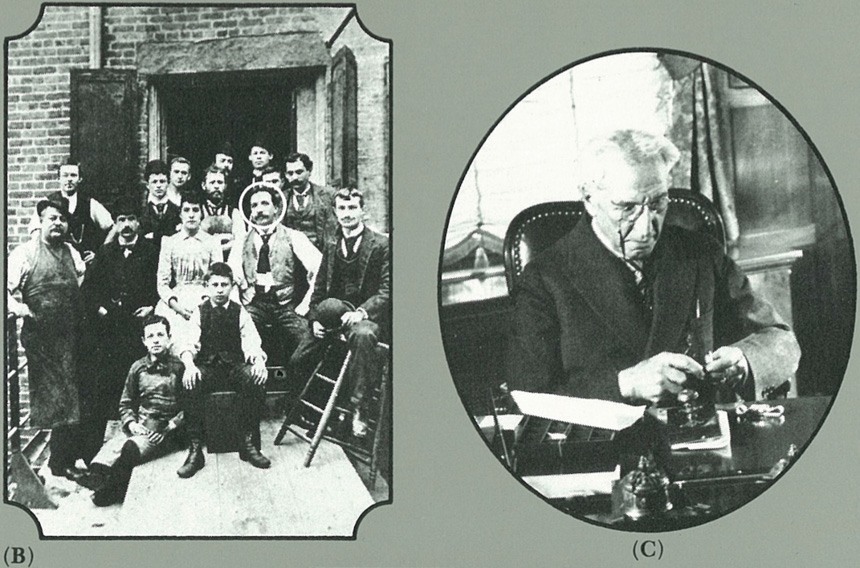 Centennial Tribute: Side By Side Photographs Of Joseph Bulova – On The Left, As A Young Man In 1877, Two Years After He Founded J. Bulova In New York City, On The Right As An Older Man, Still Fascinated By Watches