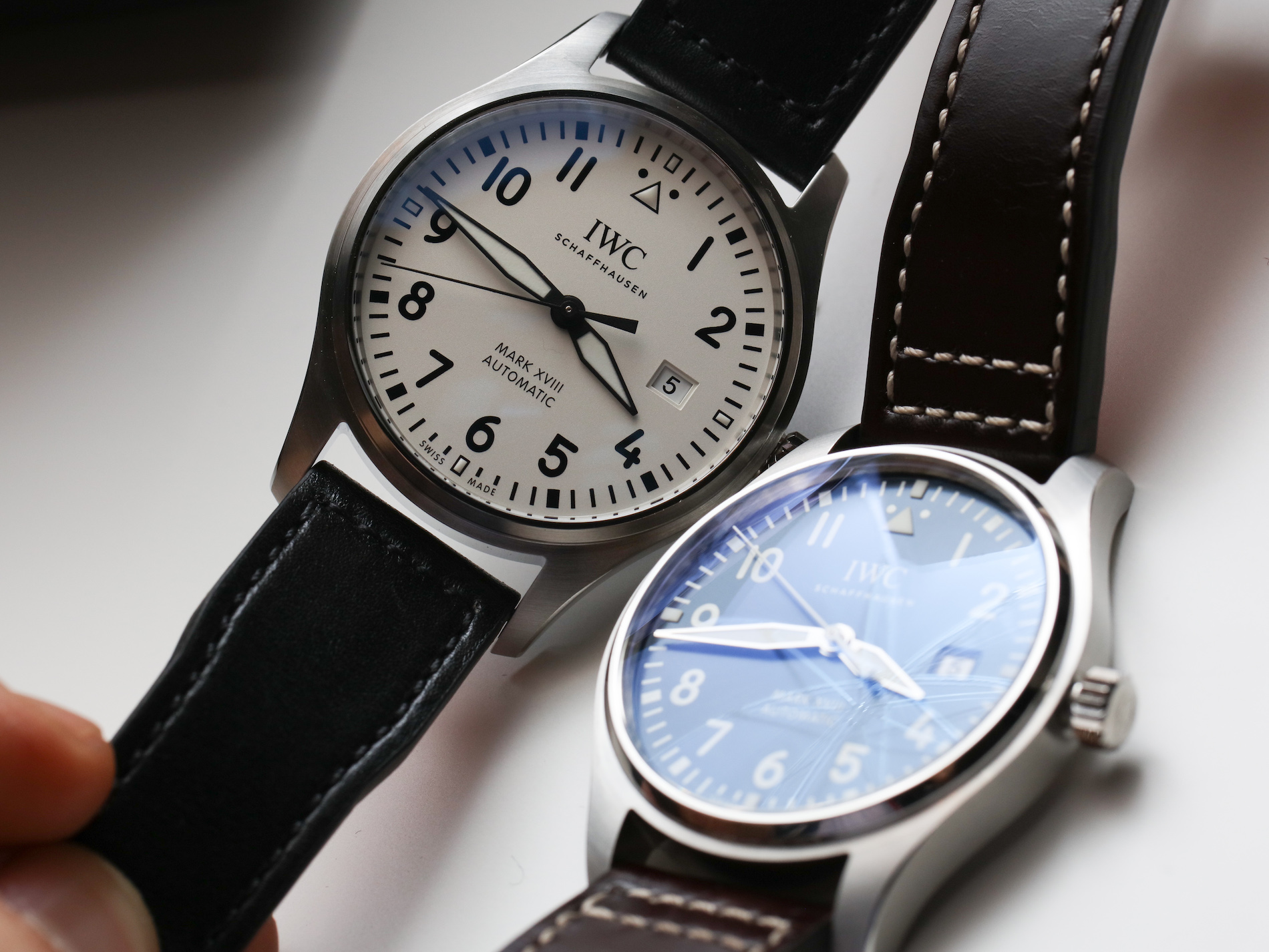 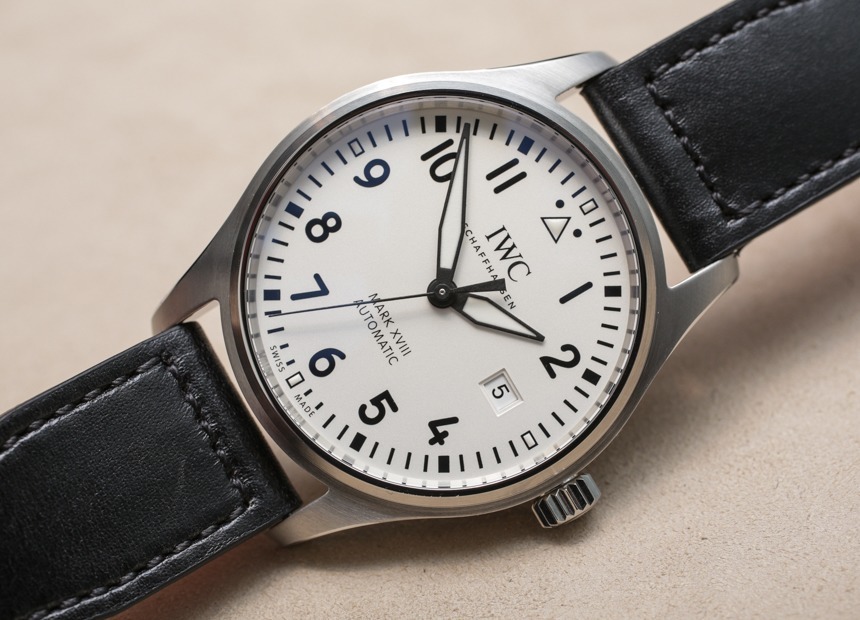 IWC watches are the latest in our Cost of Entry series.

After a long hiatus, our Cost of Entry series is back with a look at the IWC Mark XVIII. Just having celebrated their 150th Anniversary, IWC watches have been some of the best pilot watches that are priced modestly compared to their more elaborate in-house “Big Pilot” watches that go well into the five-figures.

The IWC Mark XVIII is, to me, a mixed bag. It is a very refined version of a deeply flawed predecessor, making thoughtful adjustments to both dial and case design while shaving off about $1,000 from the previous price. It also comes on a Santoni leather strap that is actually up to snuff with what you’d expect when you reach out and touch a watch with the reputation that IWC carries. At the same time, is a modified Sellita SW300 what one would expect from a $4,000 watch? In short, yes. 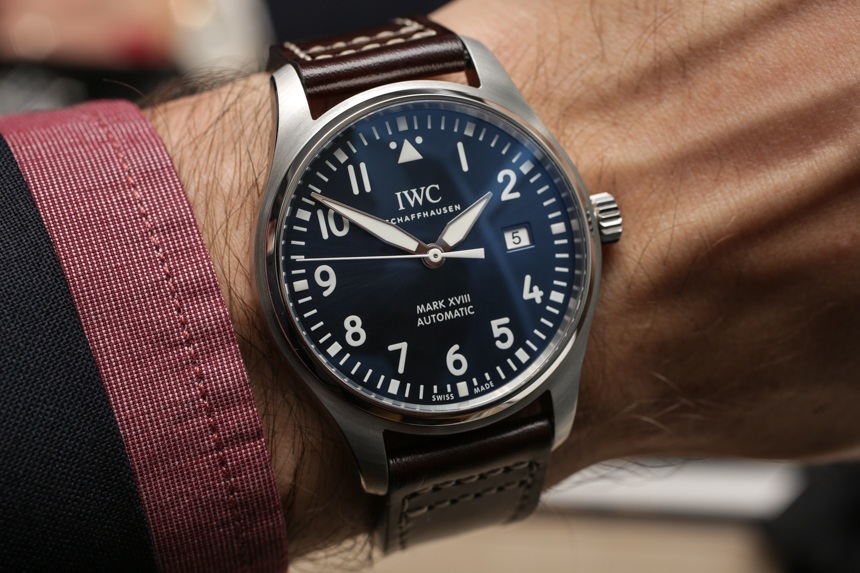 The answer will frustrate people who justifiably can argue that a Stowa Flieger can provide the same design and an ETA movement that’s close to, or on par for a quarter of the price. The two similarly priced comps from Breitling and Bremont that I discuss later on also use very similar movements. So, let’s look more at what the IWC Mark XVIII does right and does wrong. And then I’ll look at some pilot watches at similar, higher, and lower price points to fairly evaluate just what the competitive landscape is like. IWC watches like to dedicate each year to a different line of theirs. This year was about the aforementioned 150 Year Anniversary, while 2017 focused on the Da Vinci line, and 2016 was all about the Pilot Watch. Fortunately, 2016 presented us with not only the most affordable IWC watch but one that does what the brand is best at: pilot watches. 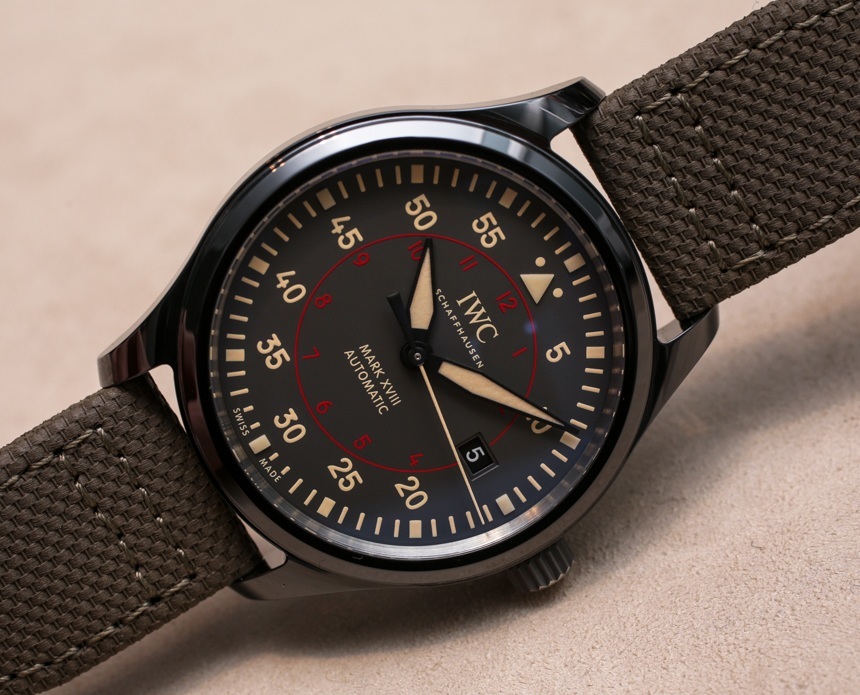 There are a few watches from the brand that can generally be put in the same price category as the roughly $3,950 IWC Mark XVIII. The dressy Portofino Automatic is the closest in price but the two are very far from each other in design and style. But, at $4,500 the 40mm wide and 9.3mm thick base Portofino deserves recognition. The base Ingenieur Automatic starts at $4,950 and both the Da Vinci Automatic and their dive watch, the Aquatimer automatic start at $5,400. All the pieces I just listed other than the Aquatimer run on the 35111 caliber which, again, is a modified Sellita SW300 movement. Also of note, the prices are for the watches on a leather strap and the steel bracelet adds about $1,000 to the price. That $1,000 premium for the IWC Mark XVIII on a steel bracelet gets you into exactly the price of the base Pilot’s Watch Chronograph (on a strap, of course). 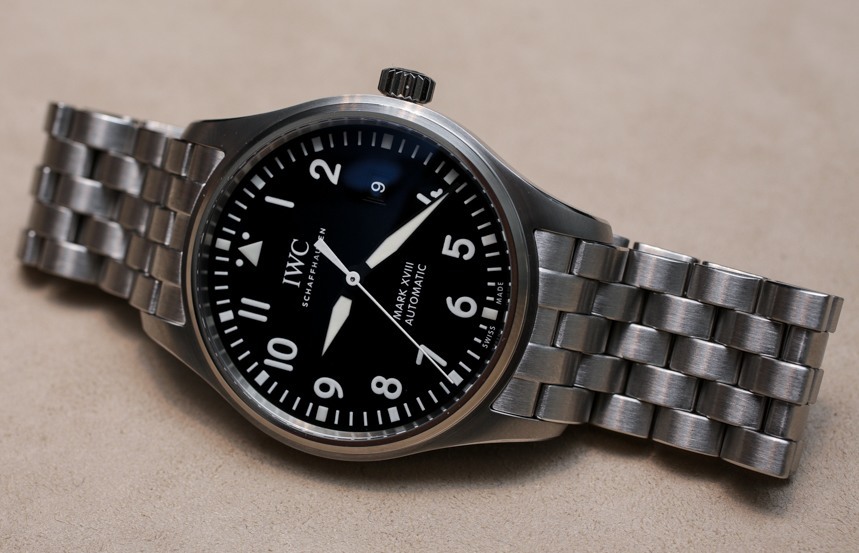 The “spiritual successor” to the old IWC Mark XII from the 1990s (which itself was also harkening back to the Mark XI from the late 1940s), the IWC Mark XVIII cleaned up the mess of its most recent predecessor. The late-stage Mark XII had gotten over-designed with an obnoxious altimeter style date window, and IWC deserves credit for understanding that a lot buyers wanted the old, tried and true pilot watch look which would mean restraint. 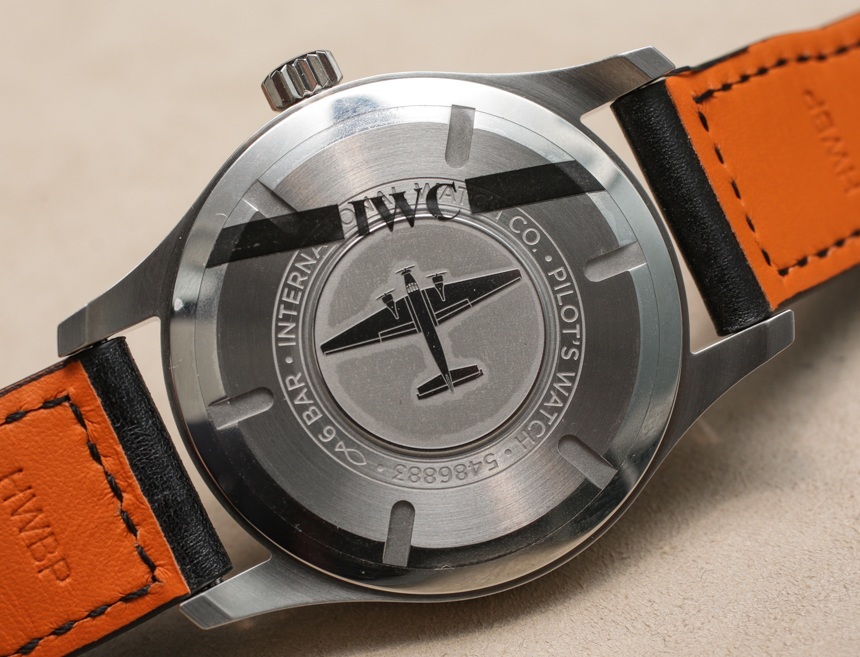 Rather than just making some dial changes and calling it a day, IWC was considerate of proportionality and reduced the case size just 1mm down to 40mm. It’s a small difference, but when a case doesn’t match its dial, the difference is noticeable (take the Rolex Explorer I before they modified the hands in 2016). Case thickness is 11mm, by the way. When you flip the watch over, the steel caseback shows that plane insignia that enthusiasts know well.

Some other minor changes to the case include bringing back the numerals indicating 6 and 9 o’clock and the two dots flanking either side of the triangle at 12 o’clock. Pilot watches can be outrageously sized, and I’m fairly certain IWC also released a 55mm wide “heritage” Big Pilot watch in 2016. While 40mm isn’t tiny, the inherent thin bezel that comes with pilot watches and the 50mm lug to lug width has the piece wear bigger than most other pieces this size. 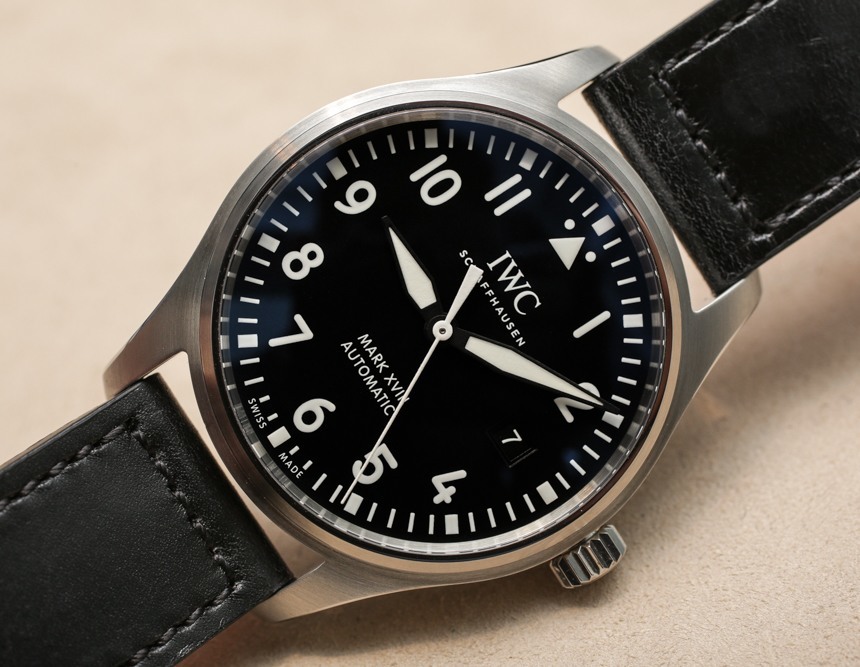 Legibility and ease of reading are the defining factors a pilot watch has to possess, and the IWC Mark XVIII excels. Admittedly, the white dial version with white hands suffers a bit when compared to the black dial model which allows the benefit of contrasting monochromatic colors with its white hands. In either case, I can attest that the double sided anti-reflective coating on the crystal is super effective and just leads me to be perplexed at watches that skimp on AR coating.

There is no shortage of options for those looking for a pilot watch like the IWC Mark XVIII and even more once you start to factor in models that are chronographs. For the sake of staying on track, we are going to stick to simple three-hand options here. 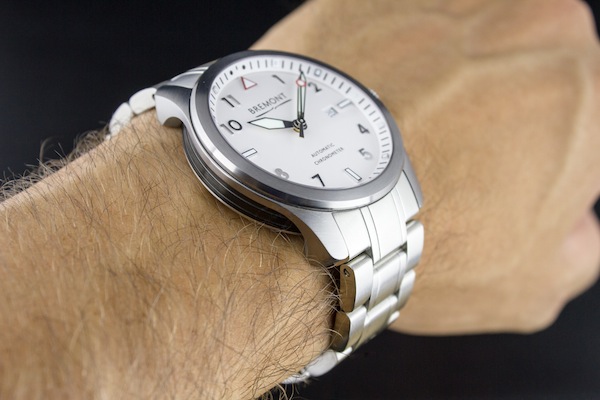 The Bremont Solo watch is named so because it’s alluding to the first flight a pilot flies solo. So, we know we are dealing with another entry level piece, albeit from a newer brand. That doesn’t mean Bremont doesn’t have a rich relationship with aviation (just check out their Martin Baker pieces). The Bremont Solo comes in a bigger case, measuring 43mm wide with a 49.5mm lug to lug length, and also a bit thicker at 13.5mm. The 36-hour power reserve BE-36AE movement is a modified ETA 2836 that Bremont does a good job at decorating, viewable through the exhibition caseback. So, a bigger and bulkier pilot watch from a newer but obviously well known brand, the Bremont Solo is priced basically the same as the IWC Mark XVIII at $3,995.