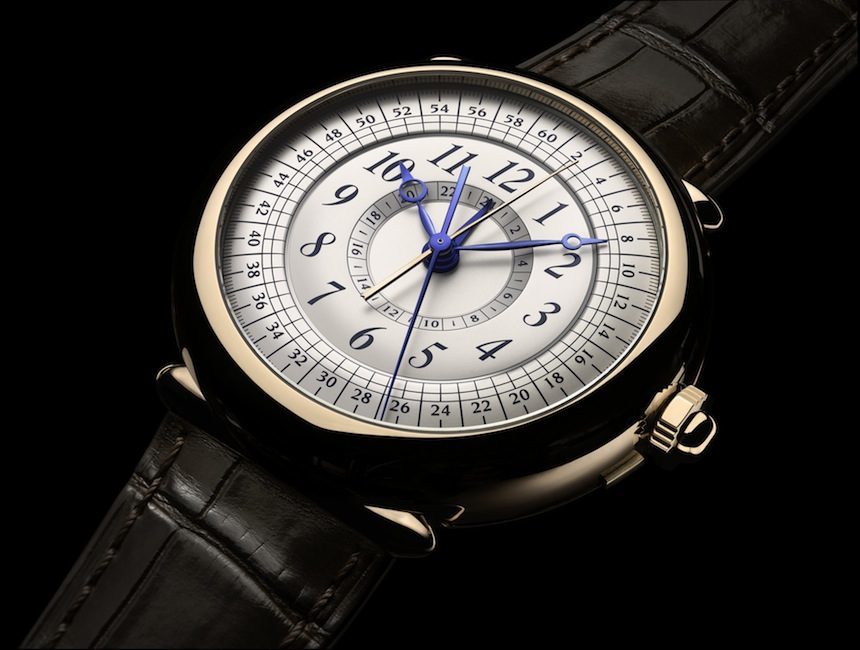 Since its establishment in 2002, the Swiss independent De Bethune has aspired to set itself apart from the rest by masterfully balancing on the verge of traditional watchmaking and innovative design and engineering. That is something beautifully proven by their DB25LT Tourbillon or the DB28 Digitale and so it is of little surprise that their latest model which they just announced at Baselworld 2014 is another bridge between the two controversial sides of watchmaking: traditional design elements and high-tech features. The DB29 Maxichrono Tourbillon combines both, but how it achieves that becomes obvious only after a closer look under its hood– or dial, rather.

Its name gives no room for misunderstandings: the DB29 Maxichrono Tourbillon packs an in-house chronograph movement and couples it with one of the most high-tech tourbillons that we have seen in a while. The caliber inside–titled DB2039–is the result of seven years of research and development, which is, make no mistake, an extremely long amount of time for both small and large manufactures. So what exactly took so long other than adding “maxi” to the name of an ordinary chronograph? Actually, Ariel did mention to them that perhaps “Maxi” wasn’t the best addition to a title because of what the term tends to refer to in the United States… 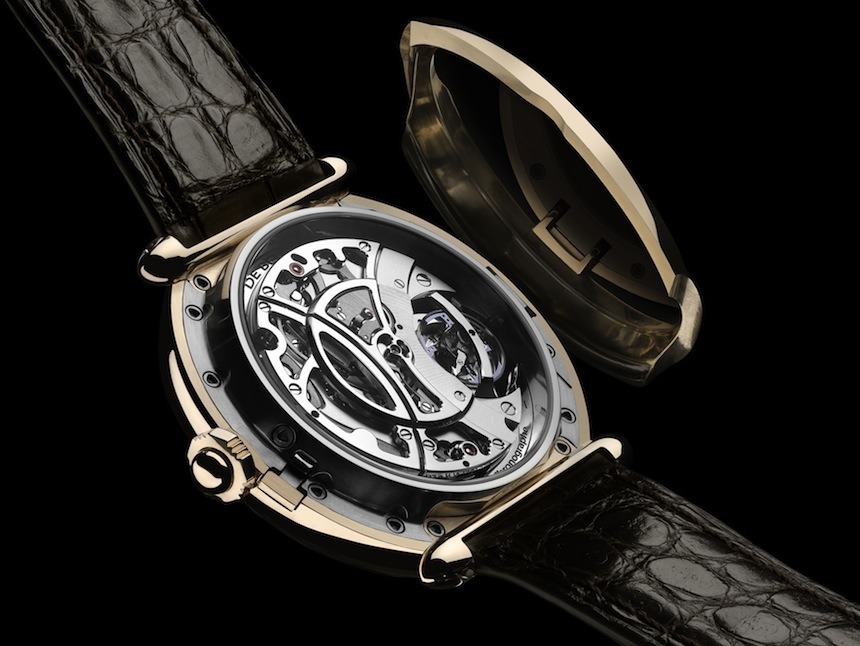 The hand-wound caliber inside is all about greatly unexpected numbers even among very high-end chronograph movements,  so let’s see them one after the other. To begin with, the heart of the watch is a 30-second tourbillon (which is twice as fast as its ordinary counterparts that make a full rotation under 60 seconds). De Bethune has every reason to call it one of the lightest and fastest tourbillons out there: it comprises 63 parts that altogether weigh in at a truly featherweight 0.18 grams, as most of them are crafted from silicon or titanium. Low weight means that the torque of the mainspring can truly make this little cage fly: not only does it make a full rotation in under 30 seconds, but its balance also beats at an extremely high rate of 36,000 vibrations per hour (or 5 Hertz). That is El Primero speed, and is something that is extremely rarely seen from other brands– not to mention other tourbillons.

And while that certainly is very impressive, there is a lot more going on than a crazy–albeit very impressive–tourbillon. Those who were bitten by the watch-bug quite a while back might remember the brand’s first, and in ways remarkably similar, chronograph, the DB21 MaxiChrono, which at the time was the first chronograph wristwatch with five co-axial hands that indicated the time as well as the three displays of the chronograph. The DB29 builds on that heritage as its five, centrally and co-axially mounted hands will indicate not only the hours and minutes, but will also display 60 seconds, 60 minutes and 24 hours of timing by the chronograph.