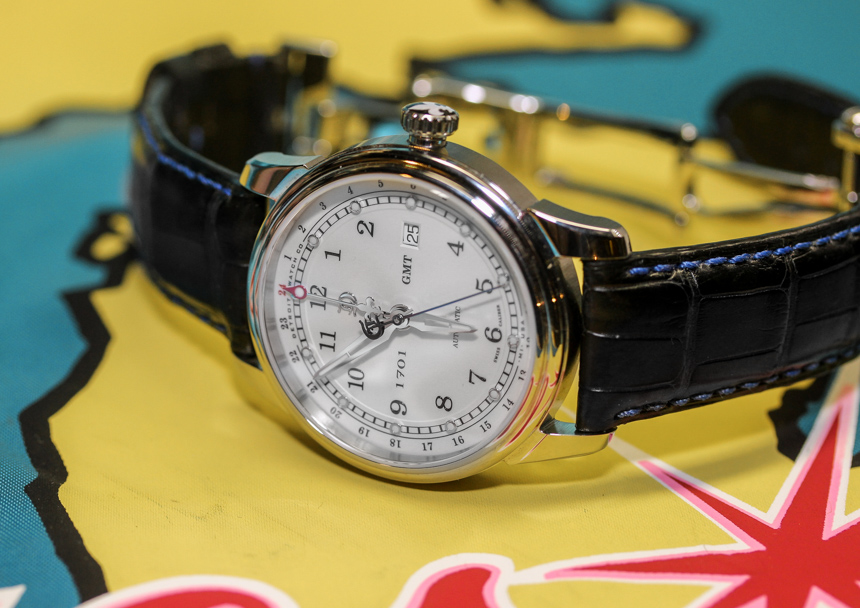 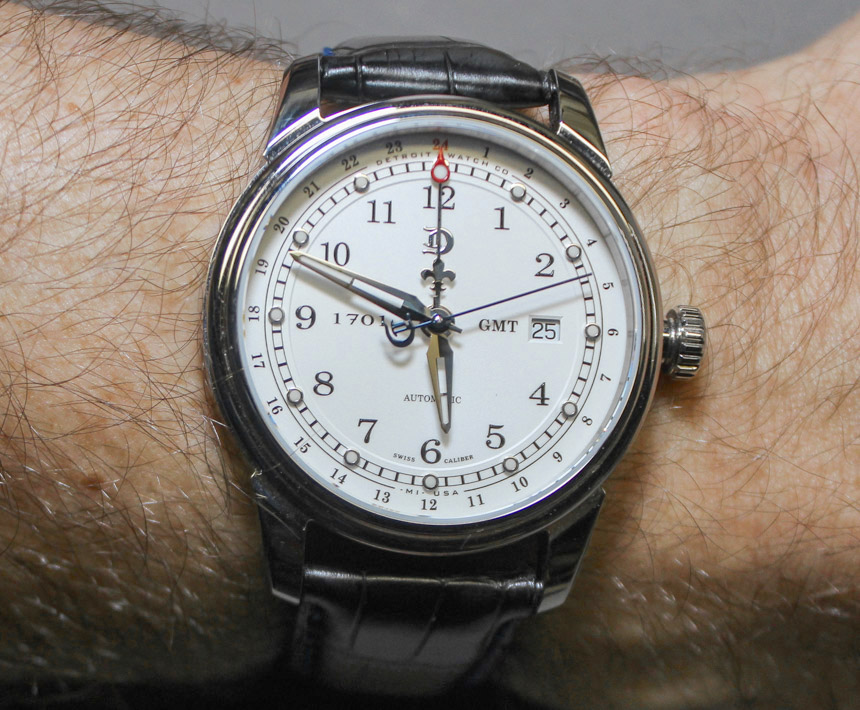 It seems hard to believe, but I’ve been covering Detroit Watch Company for three years now. That journey, of course, started with the fact that they were from my hometown – so, like with Shinola, it made sense for me to have a look at the brand. I’ve gotten to look at a few different models from the company, and have had a number of conversations with the fellow behind the watches, Patrick Ayoub. Today, we’ll be walking through a look at Ayoub’s most recent creation, the Detroit Watch Company 1701 GMT Pontchartrain. 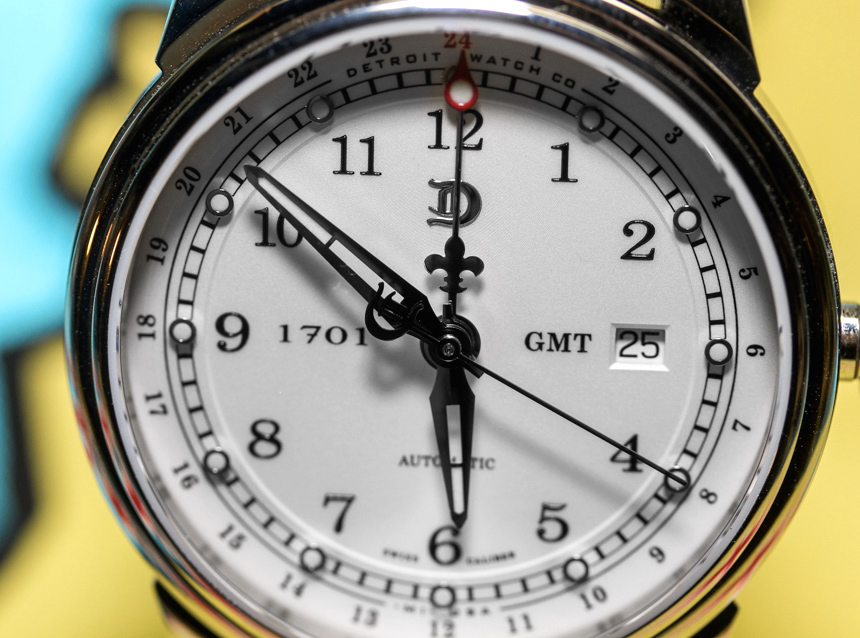 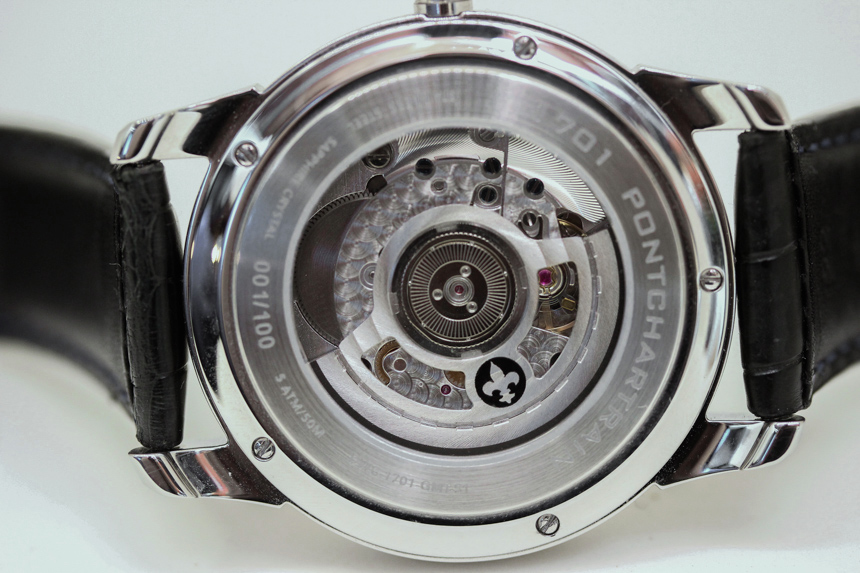 Yes – those three letters in the name of the watch definitely made me take notice. Prior to this, the brand has of course had three-handers, and even a chronograph. With the Detroit Watch Company 1701 GMT, we have an ETA 2893-2 entering the mix. Ayoub manages to do this quite nicely. While some brands may have made a travel watch unique unto itself, this watch instead fits in nicely to the design language that we’ve seen from other models. The 42mm case (only 9.7mm thick) carries the same lug design as other watches, and the dial and handset are also immediately recognizable as being from the brand. 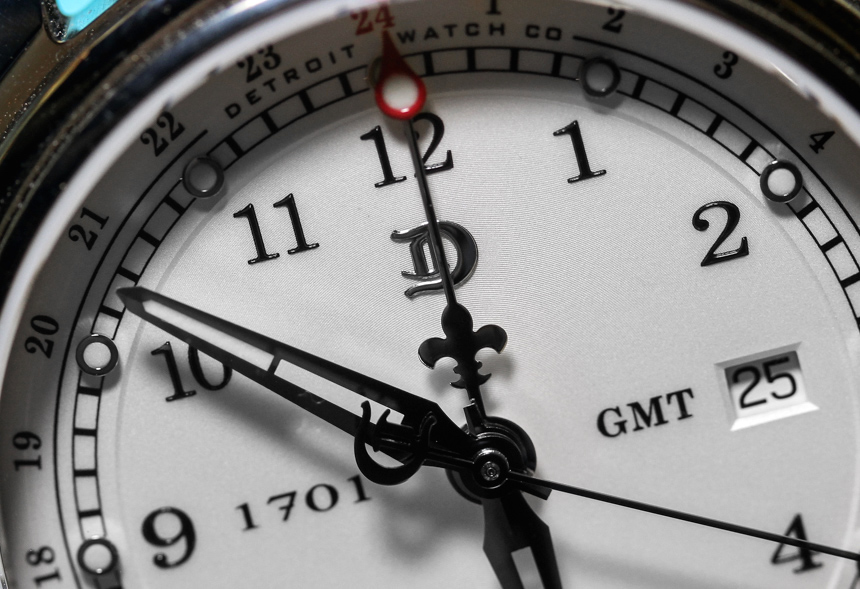 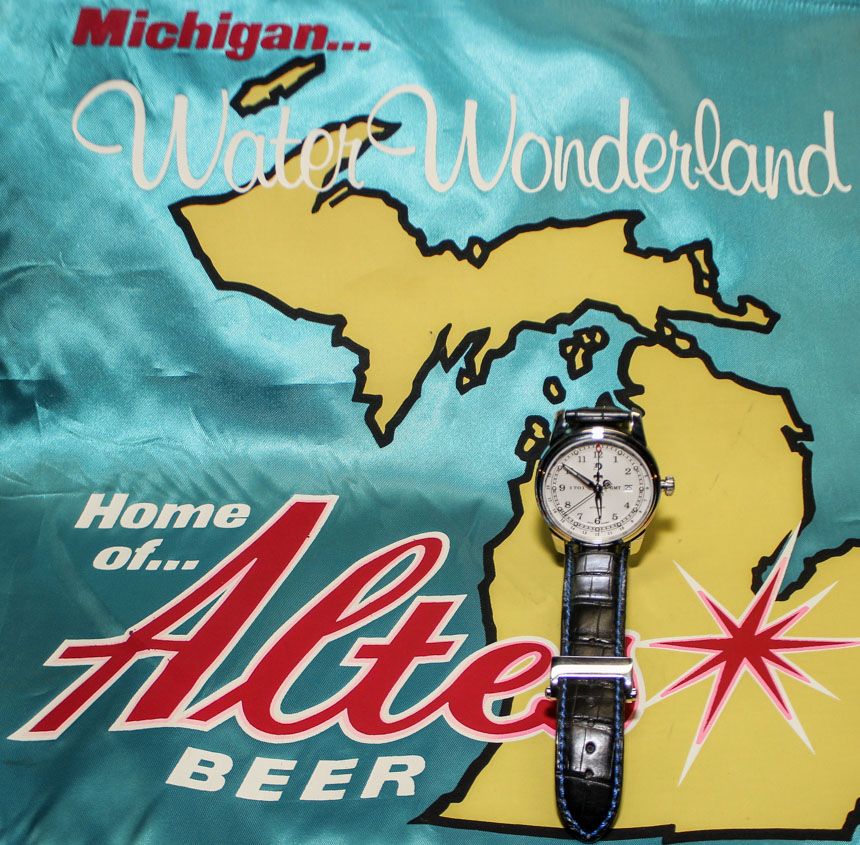 Then again, there is a new hand in play on the Detroit Watch Company 1701 GMT Pontchartrain. In this case, it shows up in bright red along its thin stalk, with a lumed pointer at the very tip. This hand also carries the fleur-de-lis that, of course, pays homage to the French history of the Detroit region. You can read more about that, and what a Pontchartrain is, over on the product page or on the fount of knowledge known as Wikipedia. 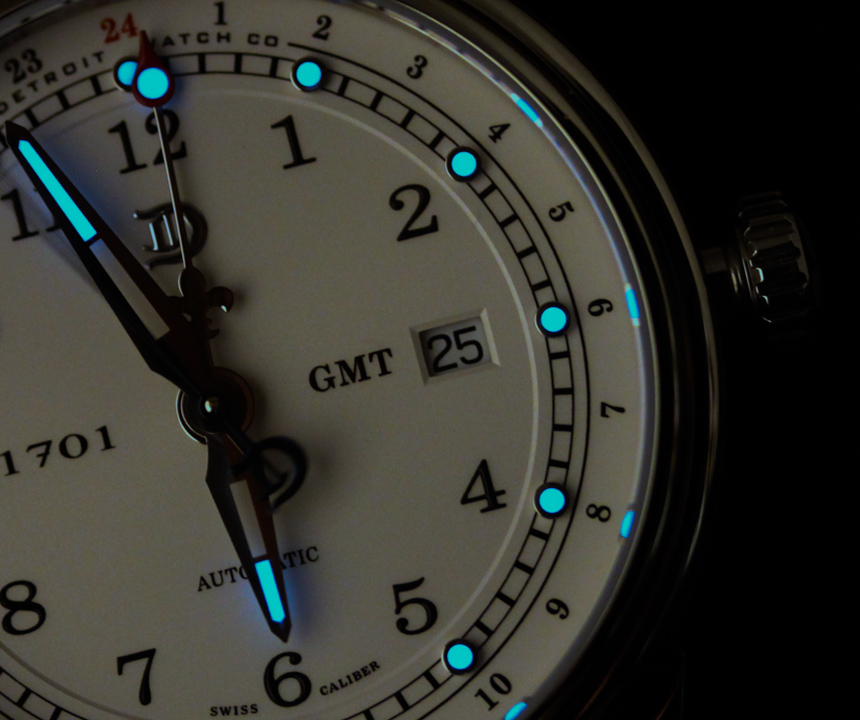 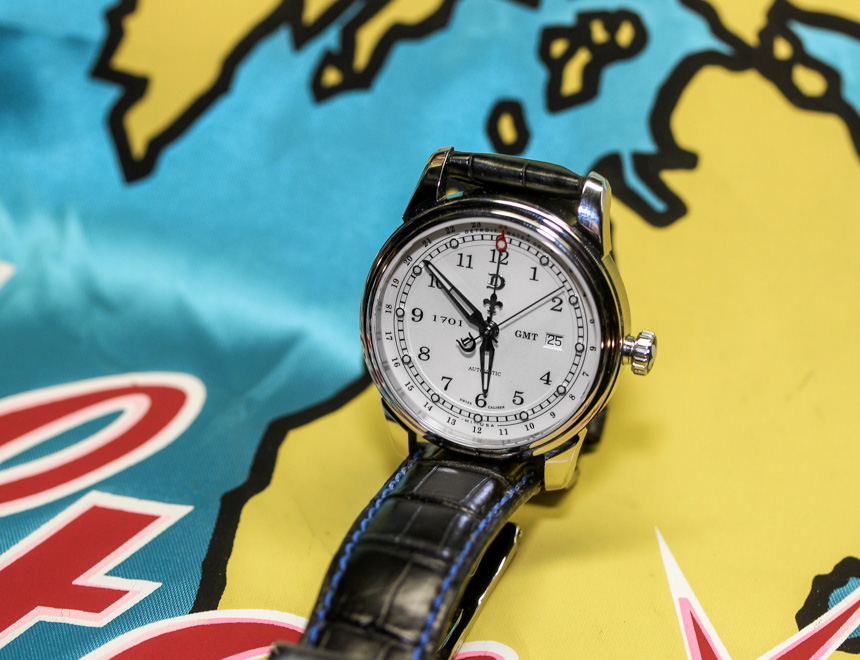 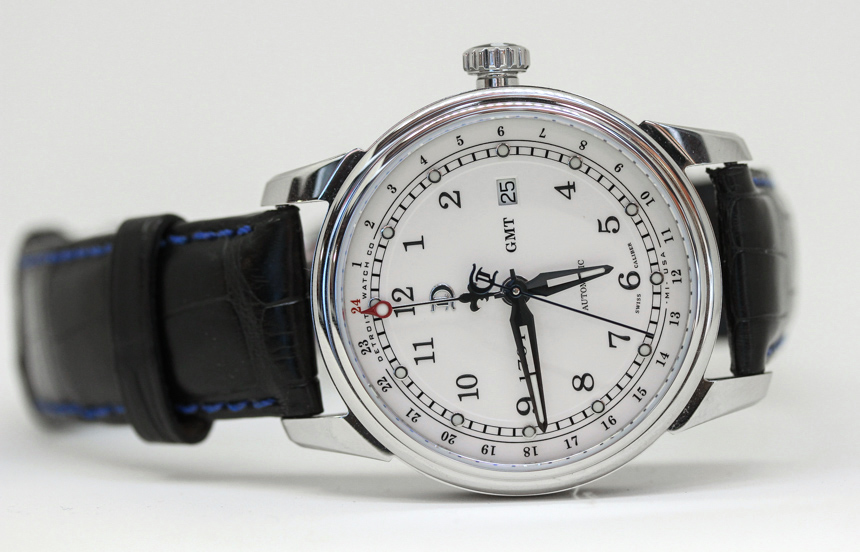 When I first got the Detroit Watch Company 1701 GMT Pontchartrain in, I was wondering why in the world I received such a large box. I’ve been pondering this more in general as of late, why brands insist on having so much packaging on presentation boxes. Particularly for a reviewer, that’s never interested me – just put it in a zippered, cushioned case, and away we go. Well, with this watch, it actually makes sense. You see, as the Detroit Watch Company 1701 GMT Pontchartrain is a limited edition of 100 pieces (and we were spending time with number 001, the prototype), Ayoub is also including a framed print of the design drawing. This is a nice touch, and I think many collectors will enjoy having this on their desks – a little bit of sophisticated watch nerdery that you can show off. 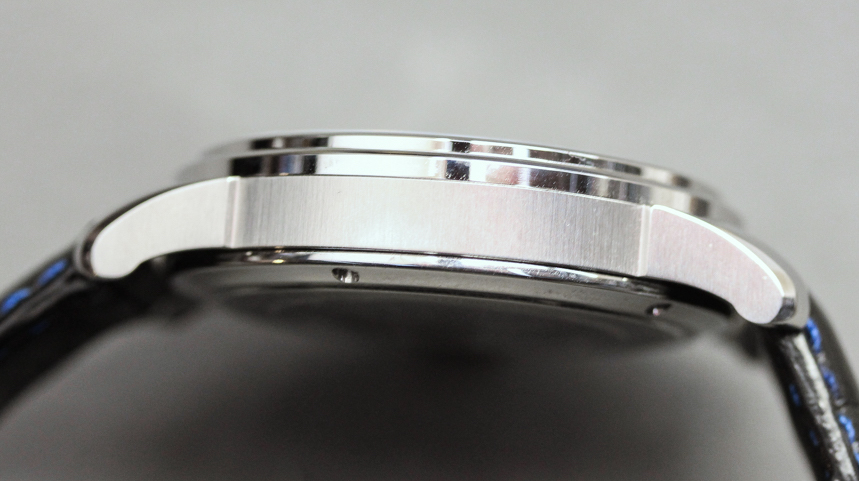 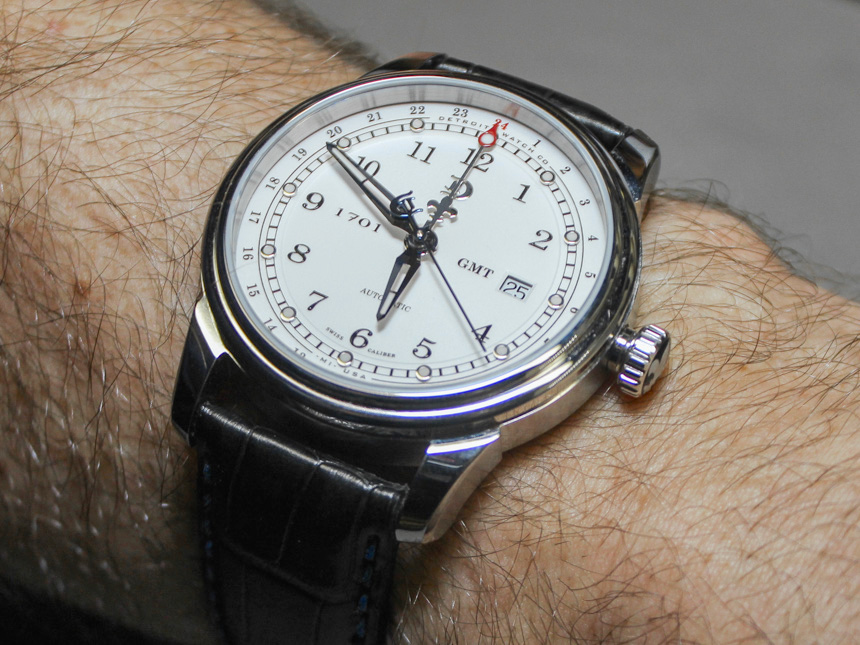 Of course, you’ll likely want to be showing off the Detroit Watch Company 1701 GMT Pontchartrain in its own right, as well. Even with the vertically brushed sides on the case, this is a watch that will grab some attention. All of the remaining portions of the case are polished, as is the handset, lumed indices, and the deployment clasp. A note on the clasp (yes, it worked well and kept things secure) – what we had was a prototype, so this will be getting some changes in what you’ll see should you pick one of these up. So, with all that polish, this is a watch that catches the light, especially those beveled hands. 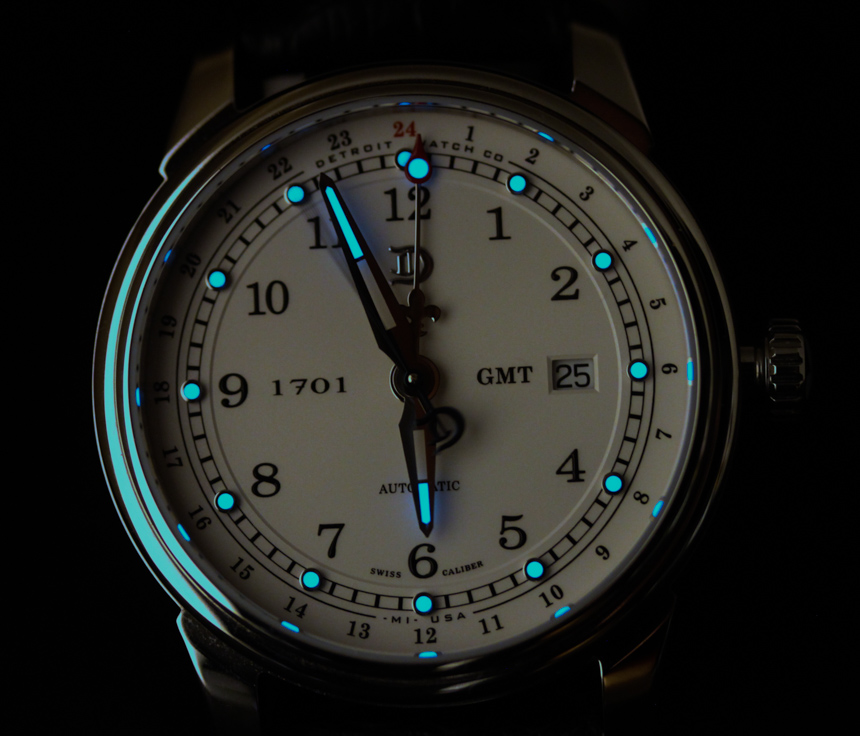 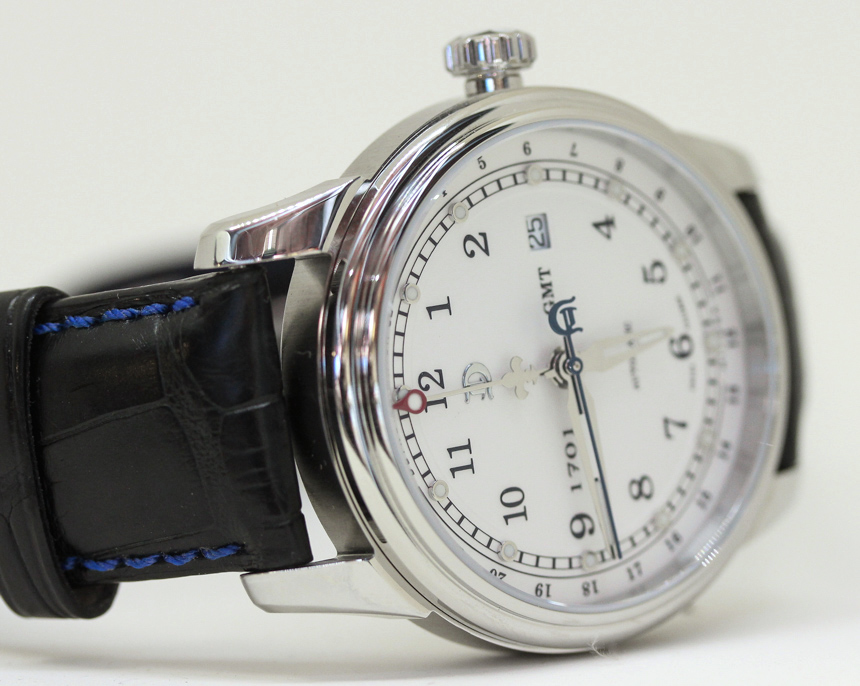 On the Detroit Watch Company 1701 GMT Pontchartrain, I’m glad to see luminous paint being used on the handset. It’s only half of the cutout in the center of the hands, but it’s enough for you to be able to tell time in the dark. In many ways, it’s reflective of the watch – it’s a compromise between something that is dressy and something that is a bit more casual, a.k.a. the sort of watch that you would want for traveling. Whether it be for business or for pleasure, this mix of elements creates a watch that will be versatile for the situations you find yourself in. Just don’t go for a dive with the 50m water resistance rating. You’ll be soaking that Swiss assembly if you’re not careful. 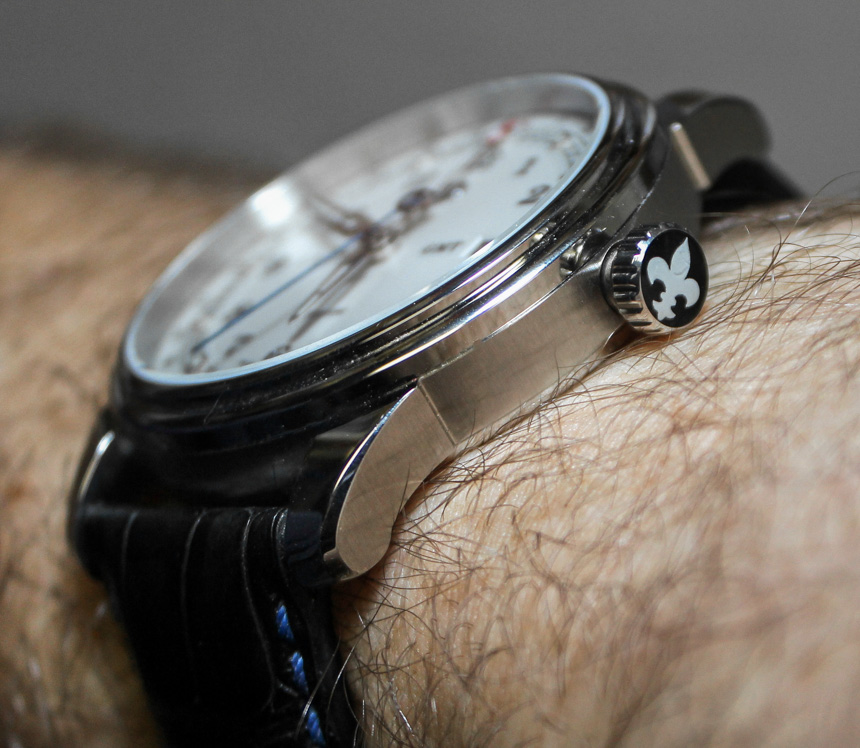 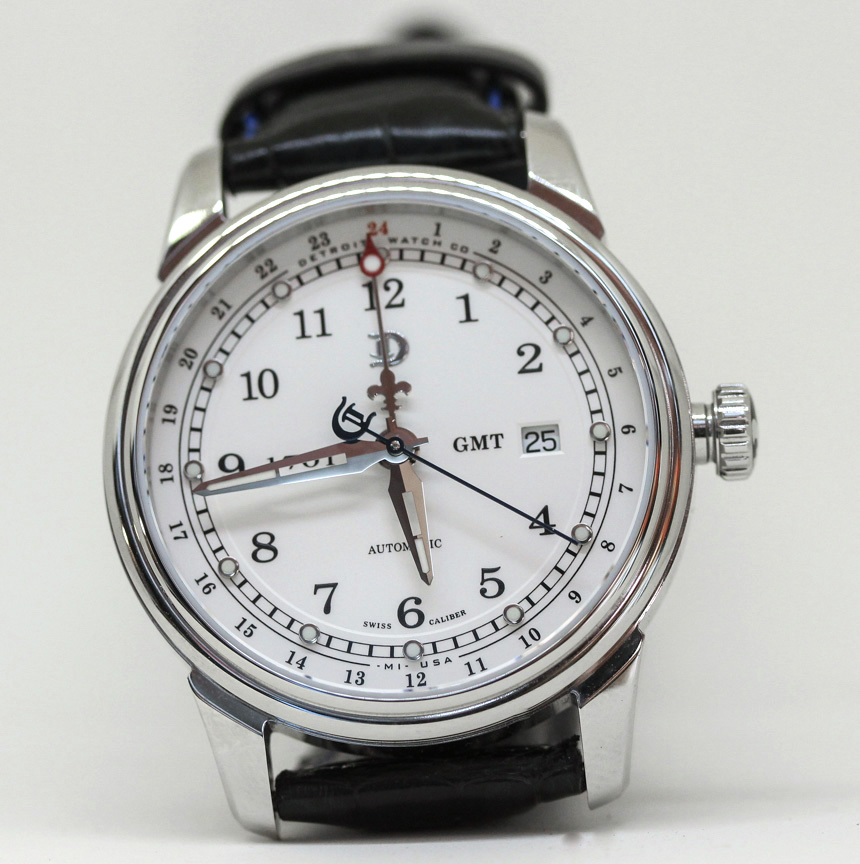 For the time that I had with the Detroit Watch Company 1701 GMT Pontchartrain, I wore it mostly to the office, and, for a few occasions, with a suit. And, as I thought, it blended just fine into both environments. I will say that, though the spec sheet lists the thickness of the watch as under 10mm, it does look bigger than that, somehow. It doesn’t prevent it from slipping under a shirt cuff by any means. Rather, it’s just a different take on “wears bigger than the spec sheet suggests.” While alligator leather straps (sourced from Mississippi and made by Hadley Roma in this case) aren’t my thing, I did like the blue contrast stitching (which picks up the second hand), and as I mentioned earlier, the deployment clasp is good. It does add some bulk under your wrist, of course, but I didn’t have any issues with it digging into me as I worked through the day. 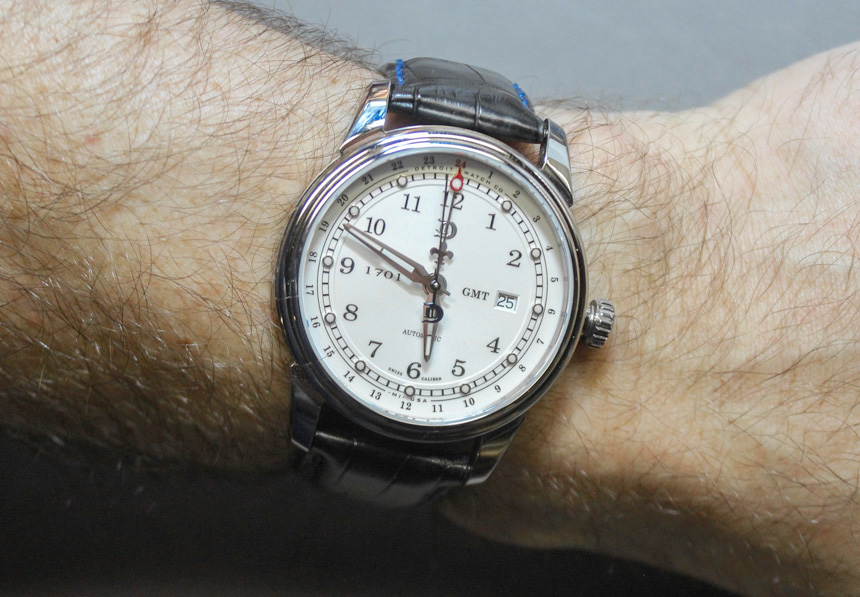 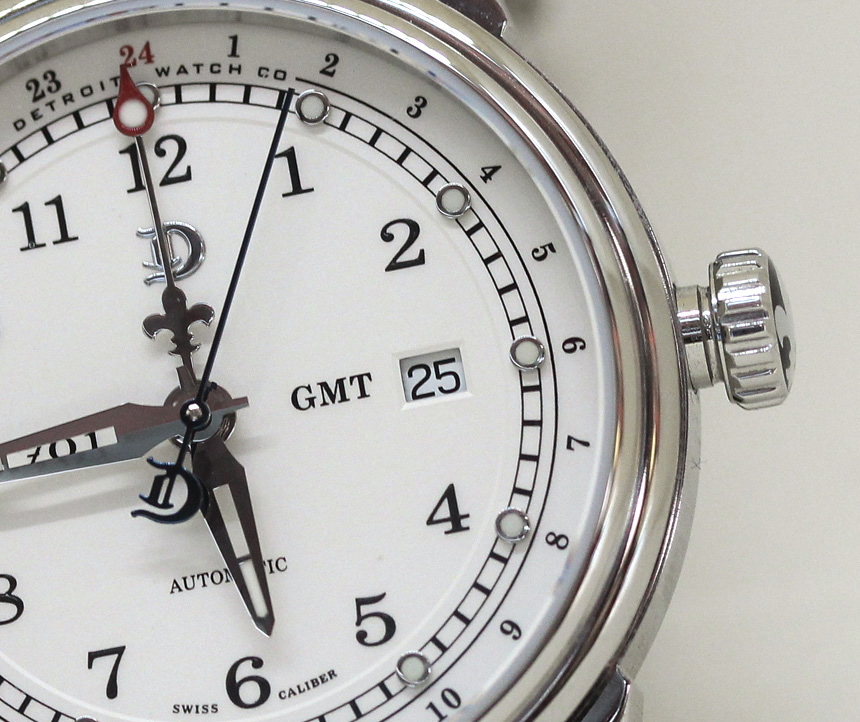 At the end of my time with the Detroit Watch Company 1701 GMT Pontchartrain, I came away favorably impressed. I might opt for a more compact GMT for daily wear (like something from Sjöö or Michelsen), but this is a good option for the right wrist. It’s also great if you want a bigger, more visually bold watch, and you also want to show some Detroit pride while you travel the globe. Pricing for the Detroit Watch Company 1701 GMT Pontchartrain starts at $1,350, and goes to $1,475 for the exhibition caseback version. detroitwatchco.com

Necessary Data
>Brand: Detroit Watch Company
>Model: 1701 GMT Pontchartrain
>Price: $1,475 (as reviewed)
>Size: 42mm
>Would reviewer personally wear it: I would – but if I were adding something to my watch box from Detroit Watch Company, I’d probably opt for a different model.
>Friend we’d recommend it to first: You proclaim your Detroit roots with pride, and you want a watch to travel the world with that does the same.
>Best characteristic of watch: For me, I really found myself drawn to the case finishing, of all things.
>Worst characteristic of watch: Sticking with the “tiny details” theme, it would have to be the croc strap.