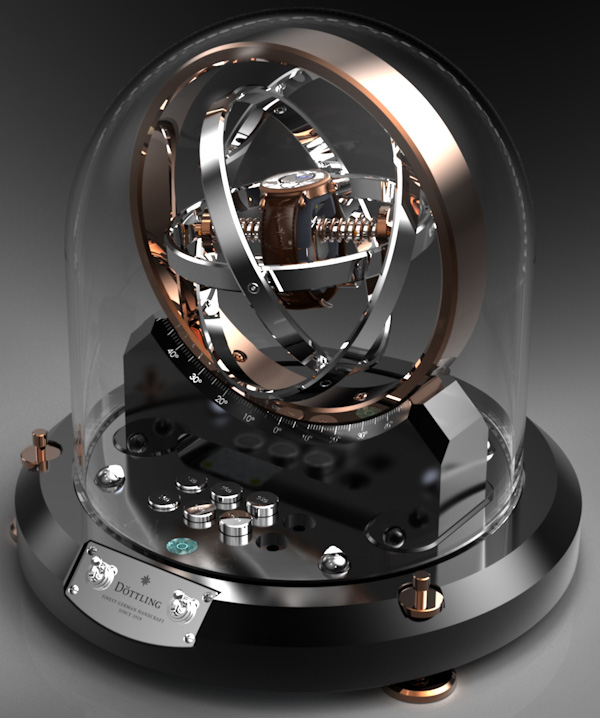 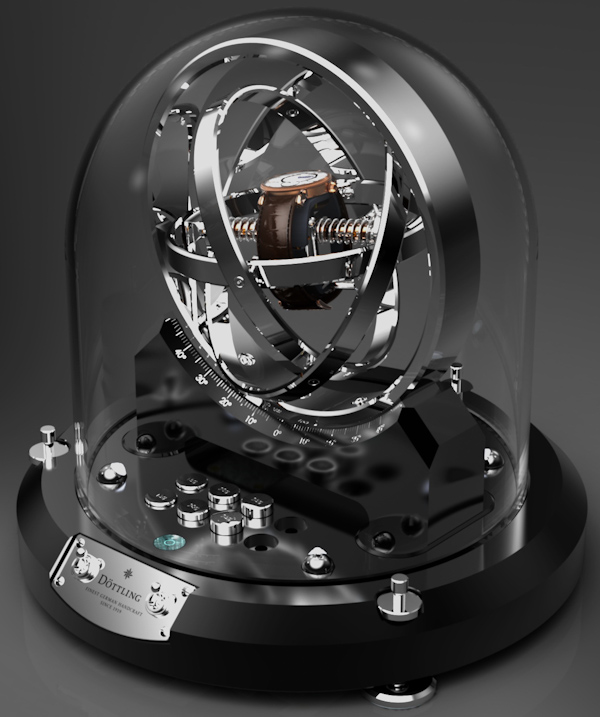 What do you get when you combine the simple task of winding a mechanical automatic watch with the sci-fi possibility of a 1990’s era virtual reality gyroscope harness? You get the Gyrowinder – which is the newest high-end “presentation” watch winder from German Dottling. I call it a presentation watch winder because none of this is strictly necessary to wind a watch. Such high-end toys like this do double duty in winding a watch as well as offering a visually stimulating way of presenting it (usually just to yourself). In a sense, it is functional art that sits on your desk or on some shelf. You know those little swinging metal balls on strings that people used to have on their desks? The Gyrowinder is like a really expensive version of that, which also keeps your timepiece wound.

I can see myself coming to the office, getting ready for the day by removing my watch and putting it in the Gyrowinder. Why? Well aside from keeping it wound and off my wrist while typing, I learned from movies that it will make my watch smarter, more capable, and possibly telekinetic. If the movie “The Lawnmower Man” is right, my watch will eventually outsmart me and plot my demise. All when I was simply just trying to help it. If all of that doesn’t happen, then the worst case scenario is that my watch will simply get a headache and perhaps feel a bit nauseous after being all wound up in the Gyrowinder. 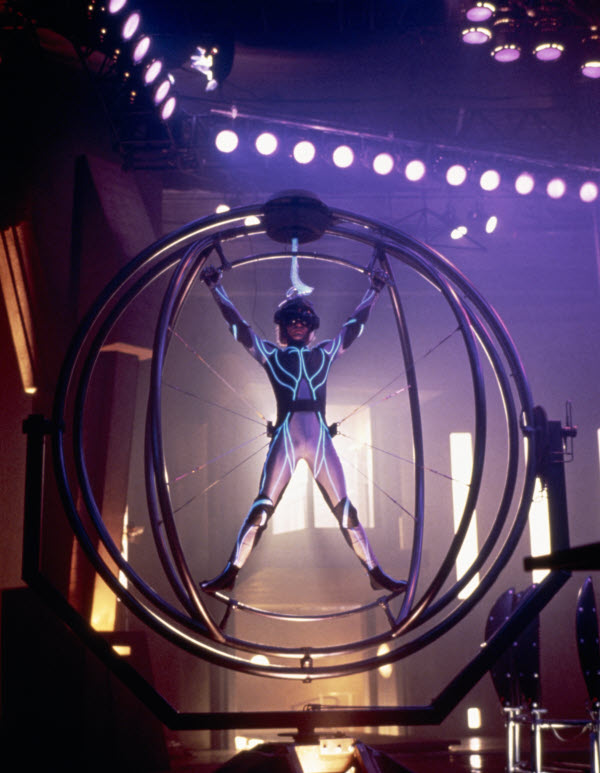 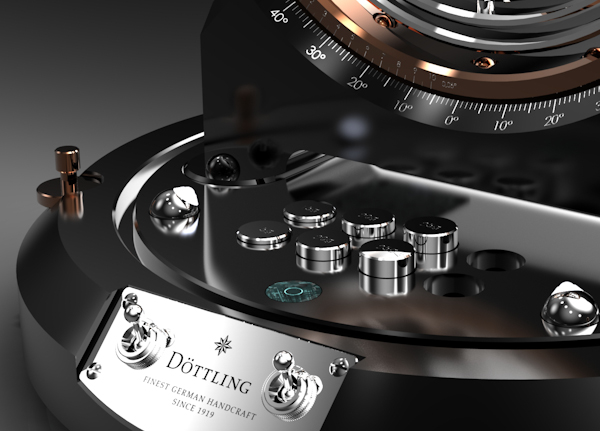 The point of the Dottling Gyrowinder is to create movement sufficient to wind the rotor in the automatic watch. This unique system moves it in a 360 degree space, which they claim comes very close to simulating what it is like to actually wear the watch. Now, your timepiece simply won’t know whether you are even wearing it or not – the things they think of these days. They need to sell these at a store which someone needs to create called “The Pampered Watch.”

The Gyrowinder consists of a base with the gyroscopic winding system as well as a hand-blown crystal glass dome cover. It also comes with a series of counterweights that can be optionally used in order to keep the face of the watch pointed in a particular direction. This will certainly help keep your watch from getting too dizzy. No doubt serious enthusiasts will joyfully play with the weights to ensure their timepiece is happy. I believe this function is actually intended to make it so that if you are watching the winder in action, the dial of the watch can be set to always face you. 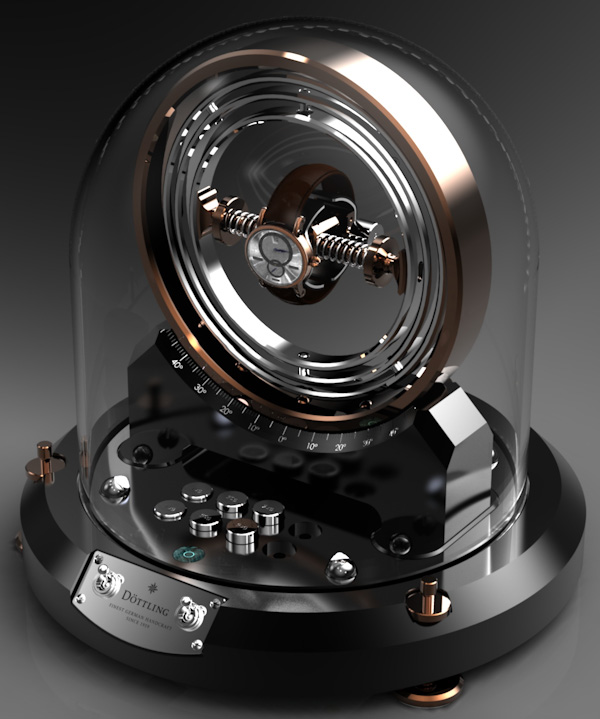 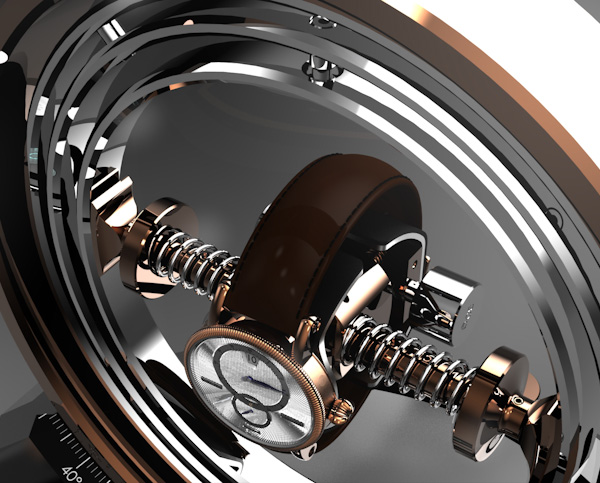 The control area of the Gyrowinder also has a series of LED lights that illuminate the watch for you – like spotlights. I don’t see how this product could exist without a spotlight feature – that is sort of the whole point. The Gyrowinder is for that special breed of collector who considers each of their timepieces to be part of their family. The type of family member that you sometimes love more than the rest of your family.

On the base of the Dottling Gyrowinder are legs which can be adjusted to keep the unit level. Dottling prides itself on all the adjustments and display options available in the Gyrowinder. You might spend more time playing with it than the watch it was meant to house. As a winding device, the Gyrowinder will probably work very well, despite the fact that it is rather overkill given the task. 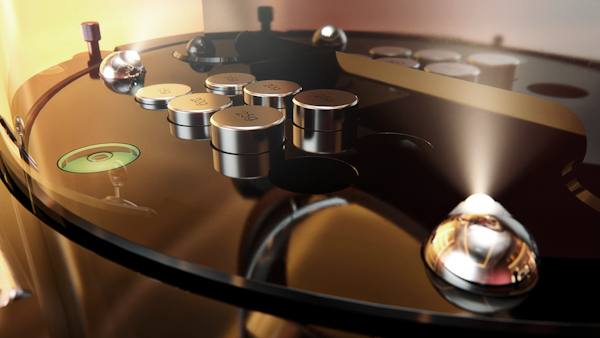 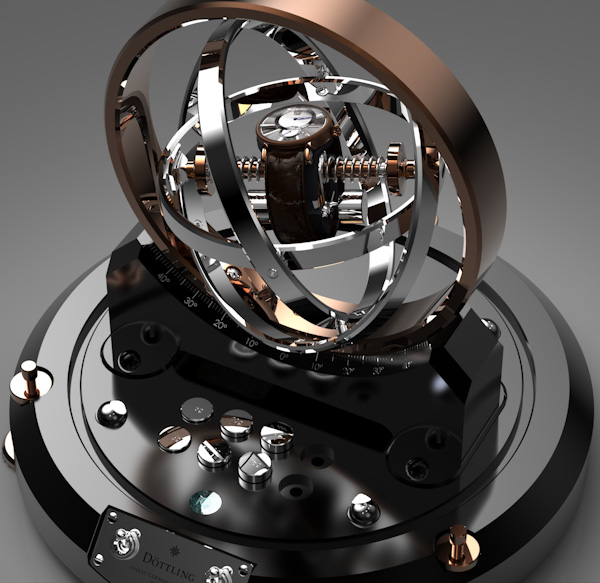 Visually it looks like the Dottling Gyrowinder is available in at least two models. One in highly polished steel and a black base, and another that mixes gold or brass elements with the steel for a two-tone look. While the Gyrowinder’s excessive showiness is easy to poke fun at, the system is pretty cool. You know you sort of really want one for your desk. I know I do, and then I can joyfully laugh about my first-world problems such as needing such a device to keep my luxury timepieces wound. Prices for Dottling Gyrowinder start at 11,800 Euros.