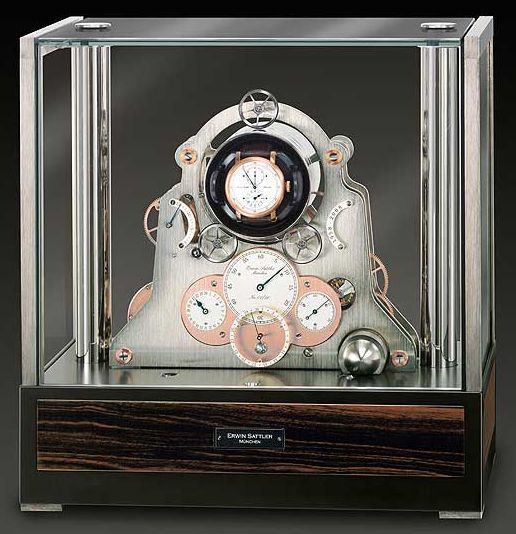 Here is a piece of innovative watch technology and integration from a brand you probably haven’t heard of. That is OK, because Erwin Sattler does not tend to make wrist watches. As a segue into dabbling in this market, they built a steampunk looking device that is very beautiful and functional combining a watch, watch winder, and clock. All in an expensive looking (and costing) crystal and leather case (the crystal case can be lifted electronically). The various elements of the Trilogie set can be traced to Switzerland, Germany, and Austria. 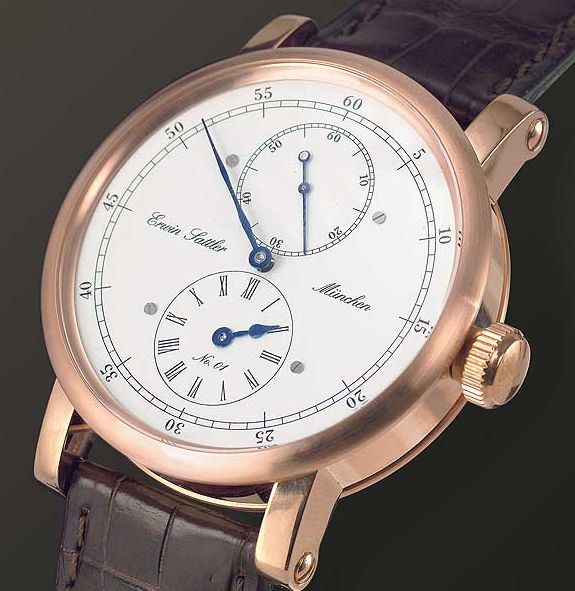 Lets start with the watch itself. Using a modified Swiss automatic Valjoux 7750 movement Erwin Sattler creates an attractive regulator with a classic looking, yet high functional look. While the dial may look white, it is actually solid sterling silver. The watch is impressively large at 46mm, which I love because most of the time classically styled watches such as this are 42mm or smaller. I have no doubt that this Erwin Sattler watch will look impressive on the wrist regardless of the material used (steel, silver, or gold). Hands are blued steel with that turn of the century instrument look that is so popular now with the industrial revolution look revival. 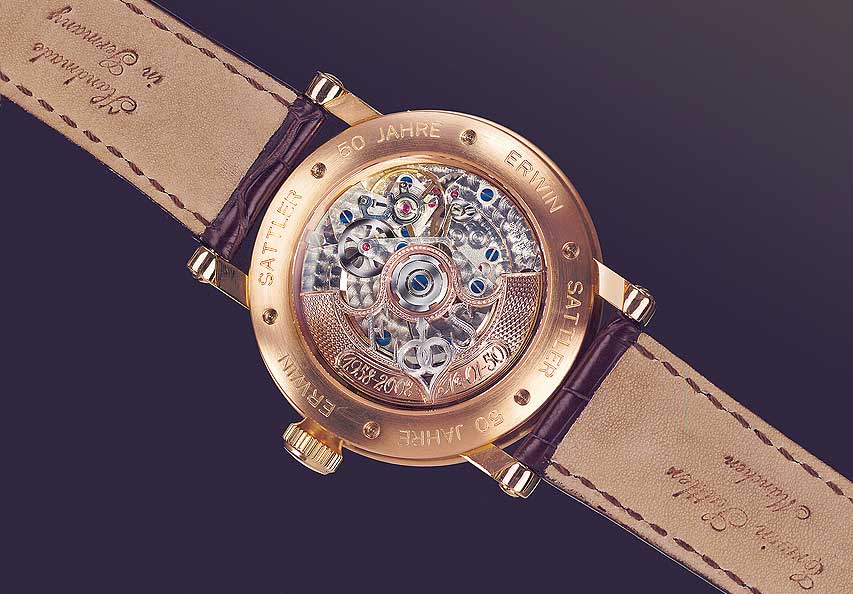 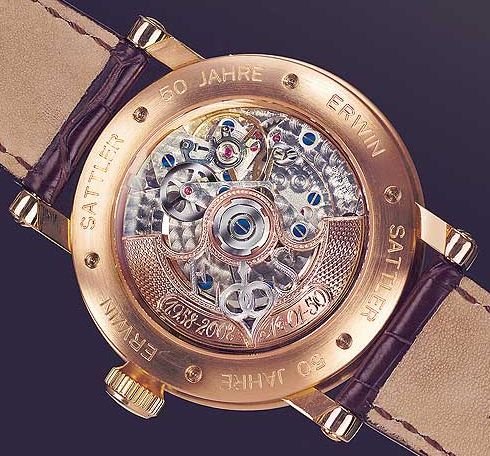 In another homage to old world and German watch making, Erwin Sattler uses the famous Jochen Benzinger to engrave the movements of the watch as seen in the picture. Benzinger uses turn of the century machinery that only they know how to operate and upkeep it seems, to apply a large variety of polishes, engravings, and other decoration on watches and movements. It is a pleasure and a treat in itself to own anything with the Benzinger touch. The case of the watch is also German being sourced from Fricker. Honestly, this is the most attractive looking Valjoux 7750 movement I have seem. The combination of perlage, engine tuning, and engraving make it look amazing, really. I’ve noticed that Benzinger decoration is becoming more and more popular. 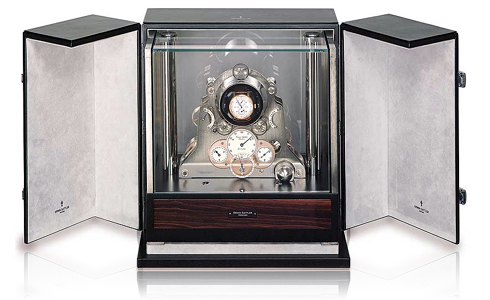 Aside from the watch, there is the unit that serves as both the watch winder and clock. This structure is beautifully crafted, and you can really see where the steampunk influence comes into place. Exposed gears, both decorative and functional reveal themselves among a series of gauges and knobs. The Trilogie can be either plugged in or connected to a power source via USB. It is really a mix of electronics and mechanics. The clock is part of Erwin Sattler’s Nautis series and is a regulator just like the wrist watch. Funny enough, the Nautis clock is not that much larger than the wrist watch, put probably enough to to be useful. Again, this is going to be mostly a super ultra showpiece.

The winder itself features various most, and is almost completely silent. It part of Erwin Sattler’s Rotalis series. Lots of effort was placed in the winder to ensure its usefulness for not just the Erwin Sattler watch, but any watch you place it it. Most of the electronics go to the winder, but are shared to power the otherwise mechanical clock. Basically, a motor winds the mainspring, so the clock is purely mechanical in function. There is even a power reserve indicator for the 15 day power reserve of the clock.

Overall, the Trilogie has a resemblance to early Breguet clocks, and this is no coincidence, as Erwin Sattler makes this whole project as an homage to pre-industrial clock art; with an industrial twist. No expense is saved in the materials used. The case is make of crystal, precious metals (gold or platinum), makassar wood, and two diamonds.

More about the Erwin Sattler Trilogie at ErwinSattler.de here.