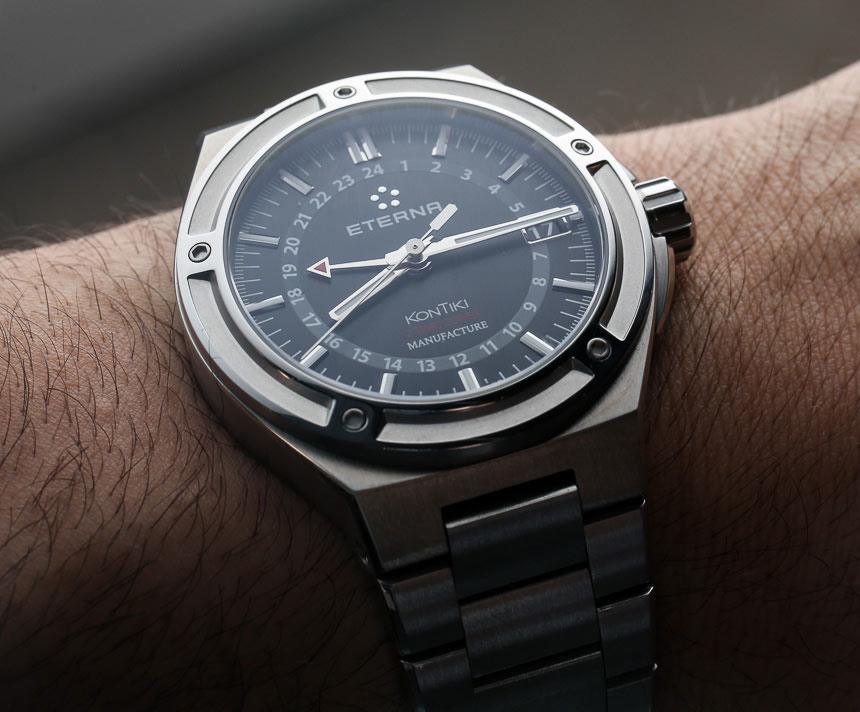 For 2014, Eterna is new. How is an historic brand new? Well, Eterna is under new ownership and new leadership. While much of the brand is the same, the next few years will see a lot of differences – especially as their relationship with Porsche Design has recently ended. Many of those differences will start with a return to some of the brand’s major products of the 20th century. Enter the new Eterna Royal KonTiki Manufacture GMT watch, a piece which has incredible promise in design, movement, and price. All it needs is a refined dial and I think Eterna has a serious hit on its hands.

aBlogtoWatch debuted the Eterna Royal KonTiki watch last year here, when it was first announced. The real story then was that it was Eterna’s official debut of their new Caliber 39 in-house made movement. The Caliber 39 is said to have “88 possible configurations,” from a simple three-hand watch to a chronograph – and so much more. The Royal KonTiki Manufacture is the first watch to feature the Caliber 39, here in a GMT style layout, known as the Caliber 3945A. 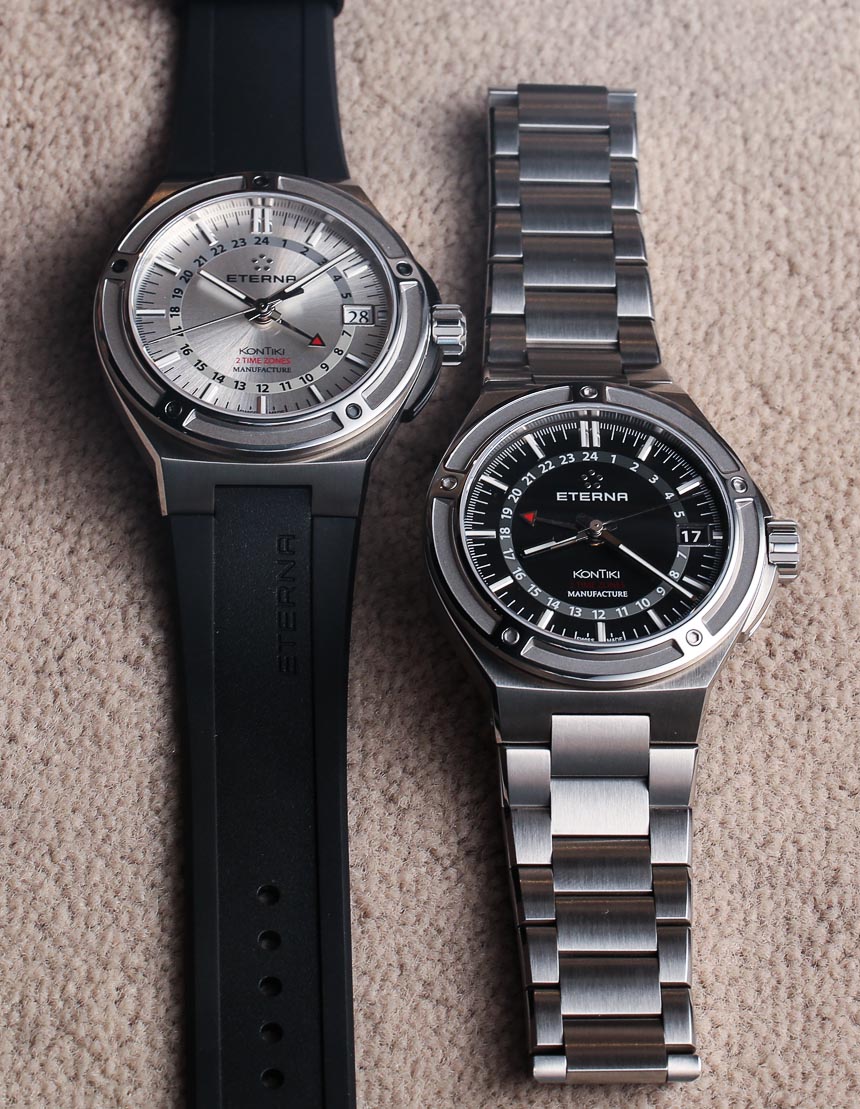 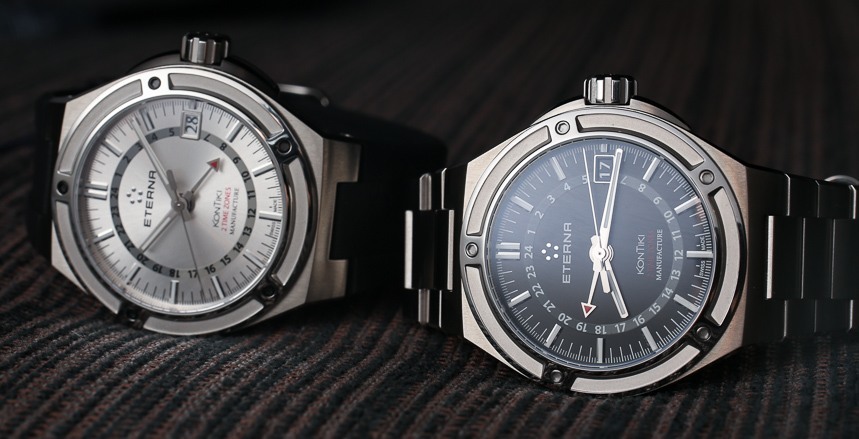 Eterna’s challenge in the coming years is one of mostly marketing. If they play their cards right, they will have an amazing product, both in design and value, that could embarrass the pricing of some of the competitors. How’s that? Let’s start with the fact that the Caliber 39 – a movement from the company that actually began ETA – in its GMT form, with some special features that no other movements have, is in a watch that, in is most expensive configuration, still comes in at under $6,000. Yes, that is the pricing of an entry-level Zenith or Jaeger-LeCoultre watch, but not one with this type of case and on such a bracelet.

One of the special features that Caliber 39 has is Eterna’s in-house developed Spherodrive system, which is a much more durable mainspring barrel system. The movement further operates at 28,800 bph (4Hz) and has a power reserve of 68 hours. That is much more impressive than the competition at this price for sure. Don’t forget that the Caliber 39 was designed as a base, so there will be many more configurations of it in the future.

Aside from the exhibition caseback window showing a movement that clearly doesn’t look like anything else, the only hint about the fact that the Eterna Royal KonTiki Manufacture GMT has a special movement is the “Manufacture” part of the name. Eterna would be unwise not to really stress this element of their value proposition. 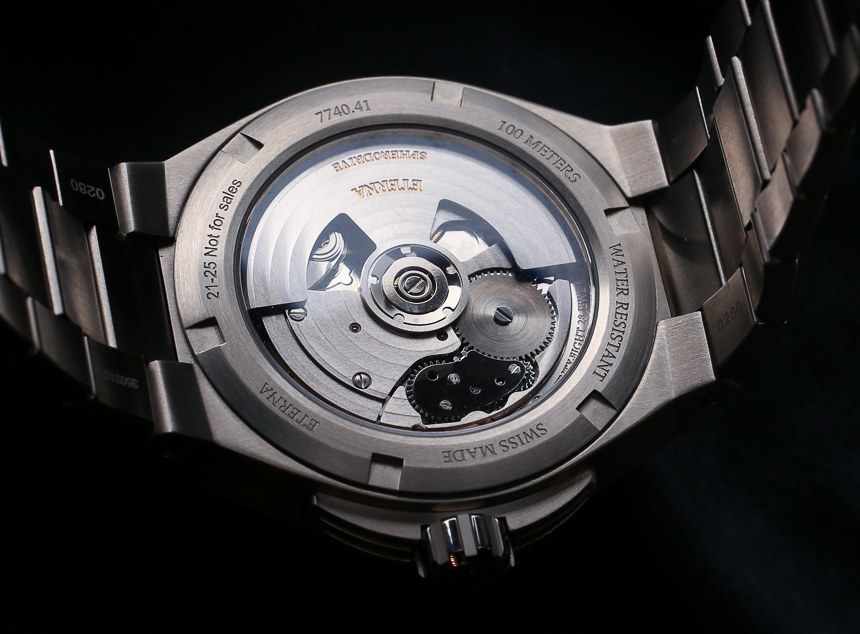 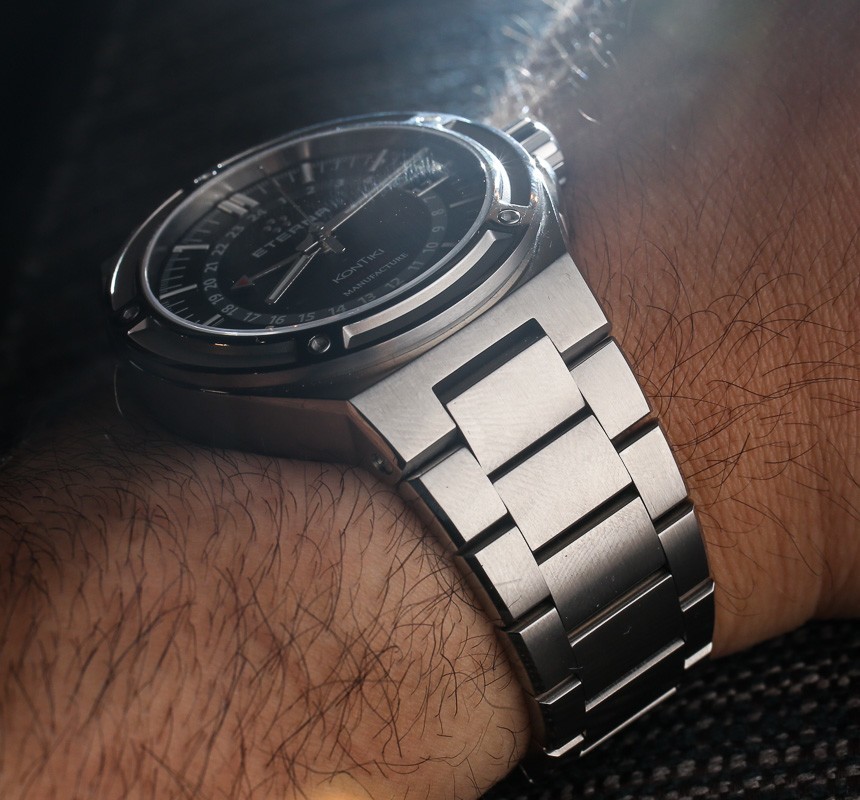 Let me talk about what I think needs to be improved on these watches before I talk glowingly about the case design. Eterna offers the Royal KonTiki Manufacture watch with either a black or silver dial. The dials aren’t bad, but in my opinion, they could be much better. The problem is a complex one because they were actually designed to be highly legible and to make the best use of space for the GMT hand. Thus, you have an inner 24-hour scale for the GMT hands, while the outer part of the dial is used for the time. There is also a window for the date.

I’ll admit that the logic behind the dial layout is sound, and it works. The only problem is that it falls short of being very attractive. Nothing on the dial is distinctive or bold enough. What it really needs is a sort of Genta-esque mix of flair and minimalism. The dial needs a bit more “white space,” so that the eye can naturally gravitate toward the areas of importance. What you instead have, is something that is too generic and has a sense of unrefined utilitarianism. It prevents the Eterna Royal KonTiki Manufacture GMT from living up to its full potential. 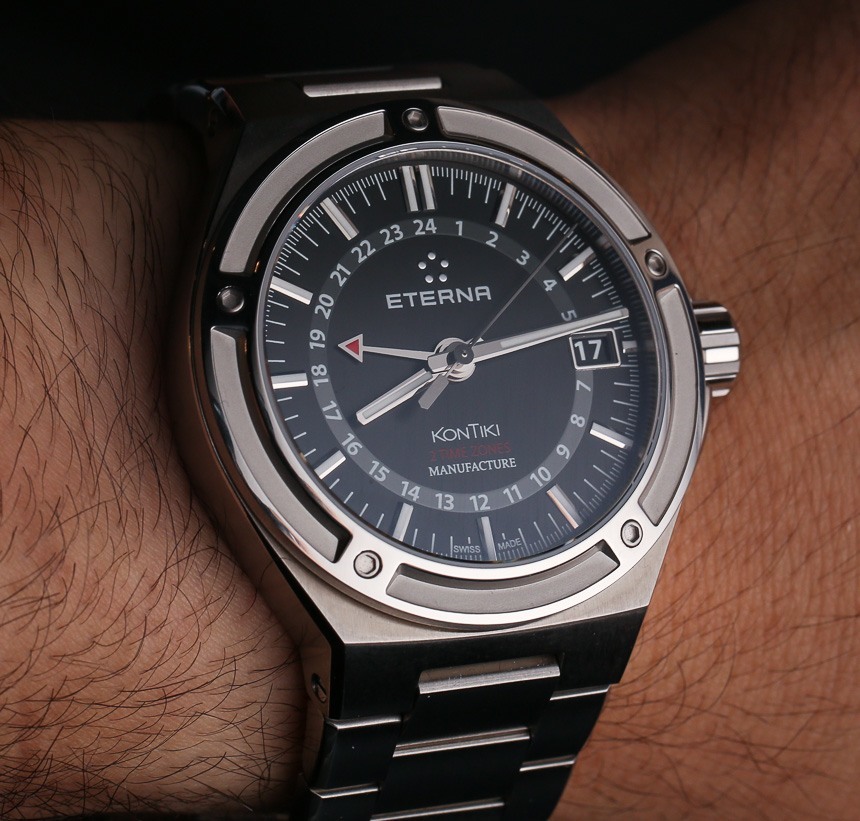