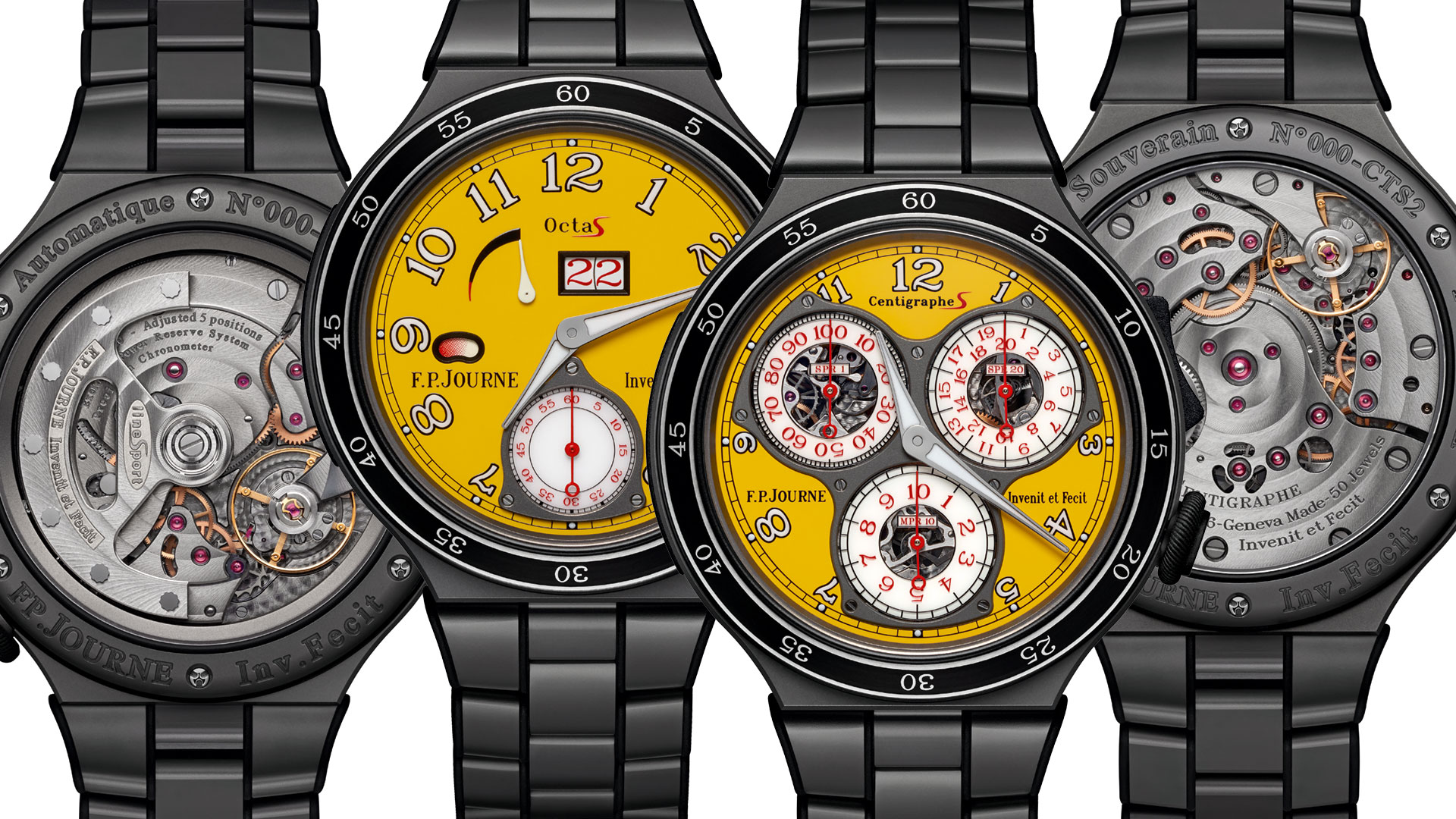 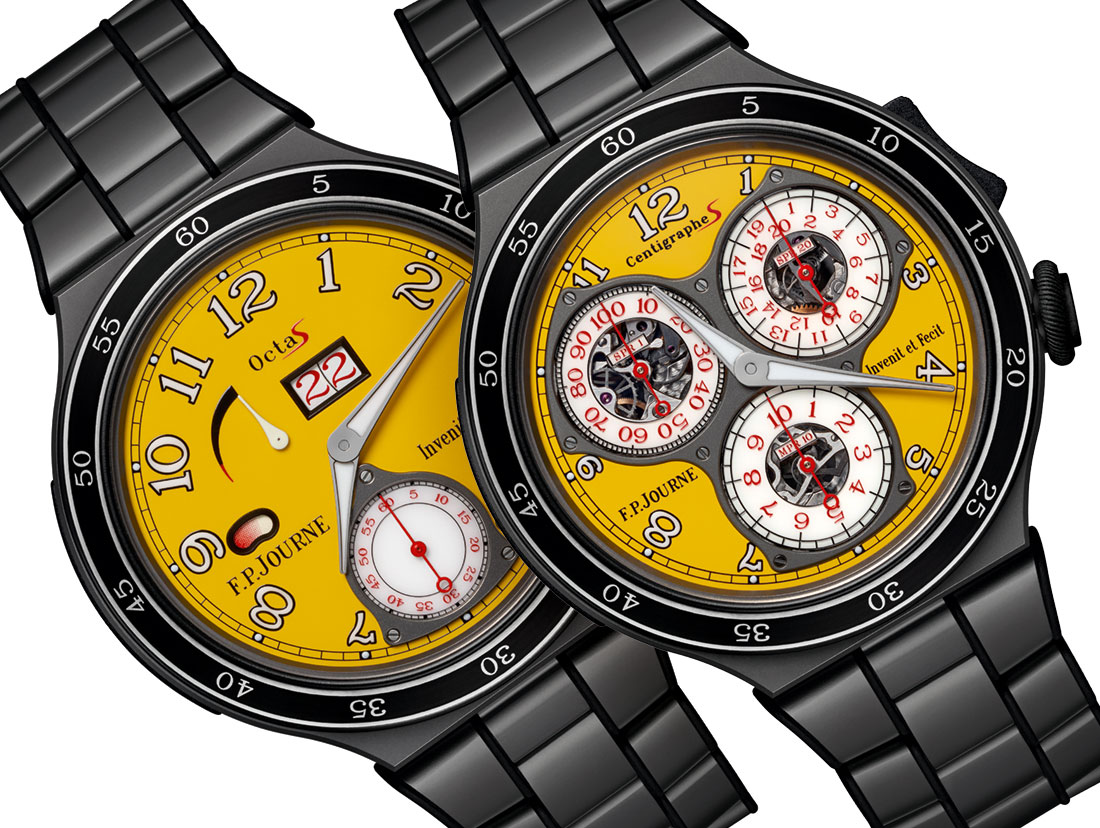 Did you know F.P. Journe has a collection of sports watches? Don’t worry if you didn’t. Understandably, the brand is more well-known for its classic looking pieces. After all, its signature pieces such as the Chronomètre Souverain, Chronomètre a Résonance, and Tourbillon Sourverain are among the most elegant watches you can buy today. That said, F.P. Journe does have a collection of sports watches called the Line Sport that look very different from the rest of its brethren. Nevertheless, like all other Journe pieces, these sports watches have thoughtful construction and features that will delight watch connoisseurs. The Line Sport recently received new additions in the form of the new F.P. Journe Centigraphe Sport and the F.P. Journe Octa Sport watches, so let’s quickly take a look at them now. 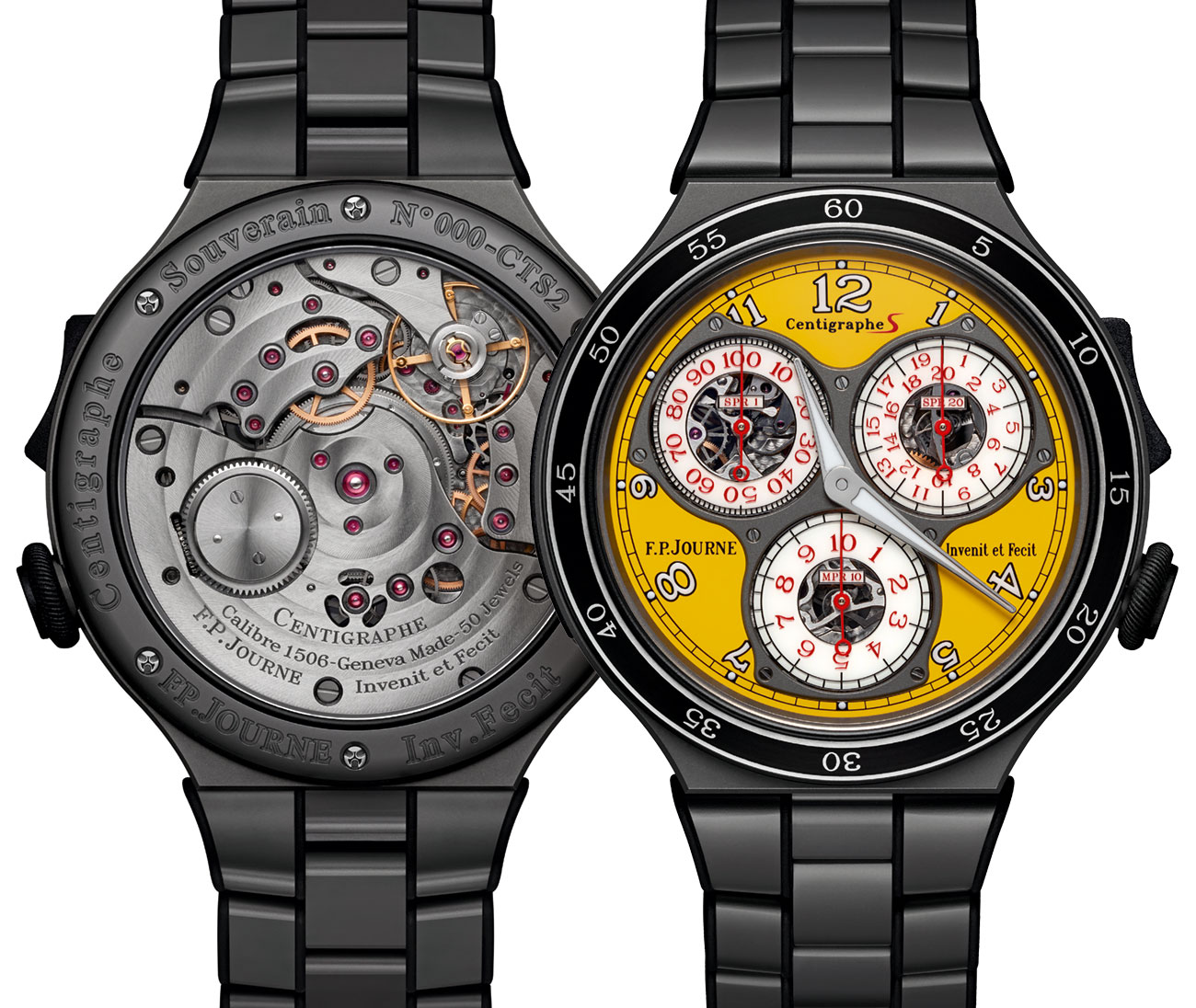 As I mentioned, the Line Sport watches don’t really look like any of the other F.P. Journe watches, and that’s partly because they are made out of different materials. The new Centigraphe and Octa Sport come in 44mm wide grade 5 titanium cases and they are paired with matching grade 5 titanium bracelets, all having been treated to give it an anthracite color. Both the case and bracelet have rubber inserts to give contrast and aid in comfort, and the bezels of both watches are made out of ceramic. Despite extensive spec sheets, there is no word on water resistance from the brand, and that is something one tends to want to know for “sports watches.” The new Centigraphe and Octa Sport will also be available in platinum and hammered red gold cases but we don’t have images of these versions yet. 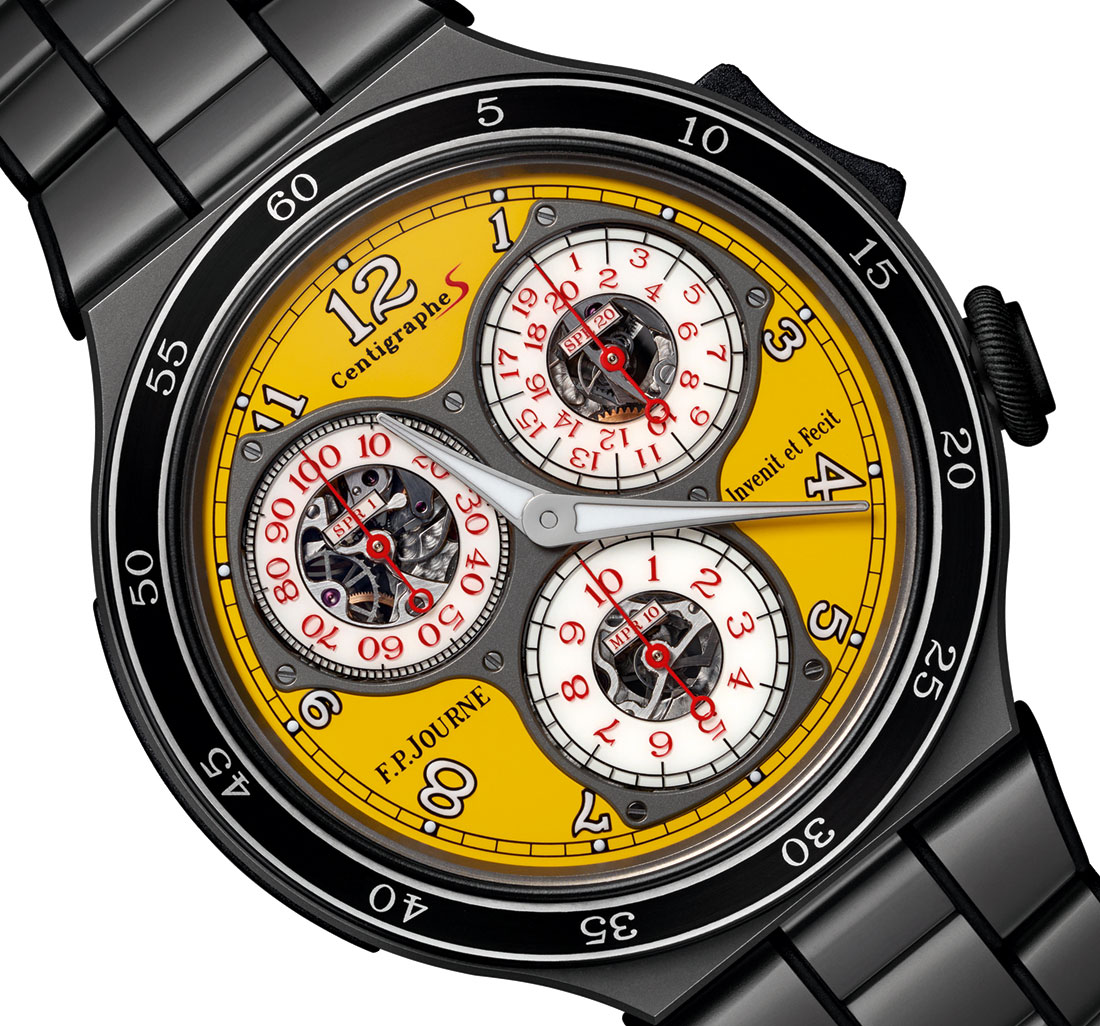 The standout feature of these two watches has got to be their bright yellow dials. It’s very bright to my eyes, and it creates a bold look that is a departure from what we tend to associate with F.P. Journe. The Centigraphe Sport with its chronograph indications is easily the busier-looking of the two. The F.P. Journe Centigraphe Sport is very unlike typical chronographs. To begin with, there’s no central chronograph seconds hand. Instead, at 10 o’clock you have a subdial that measures 1/100th of a second. In other words, the hand makes one revolution every second. At 2 o’clock, you have a 20-second counter. And finally, at 6 o’clock, you have a 10-minute counter. Also unusual is the way you operate the chronograph. Instead of your usual pushers at 2 and 4 o’clock, the F.P. Journe Centigraphe Sport uses a single rocker mechanism at 2 o’clock. The F.P. Journe Octa Sport has a less hectic dial. It has a large date display at 1 o’clock, a power reserve indicator at 10:30, a day-night indicator at 9 o’clock, and a subdial for the running seconds at 6 o’clock. 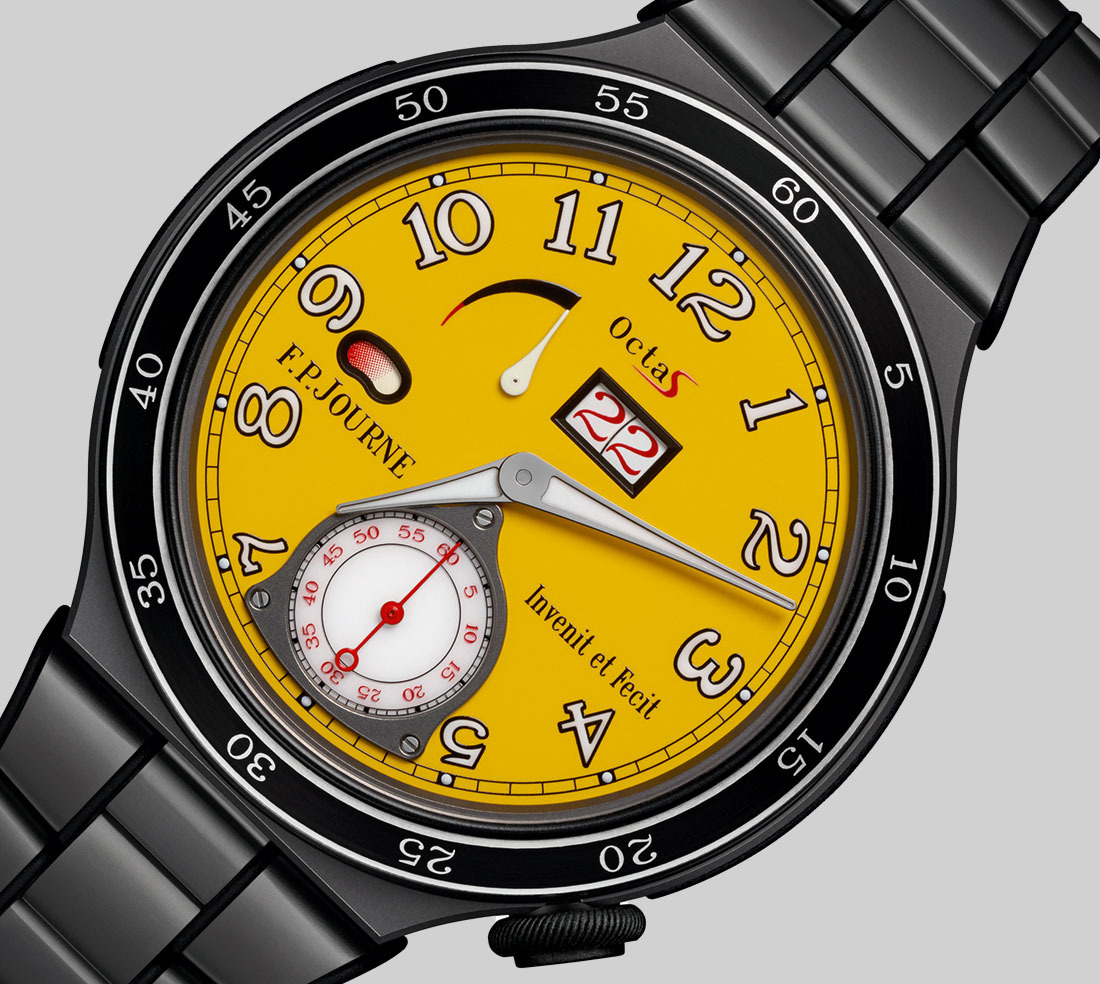 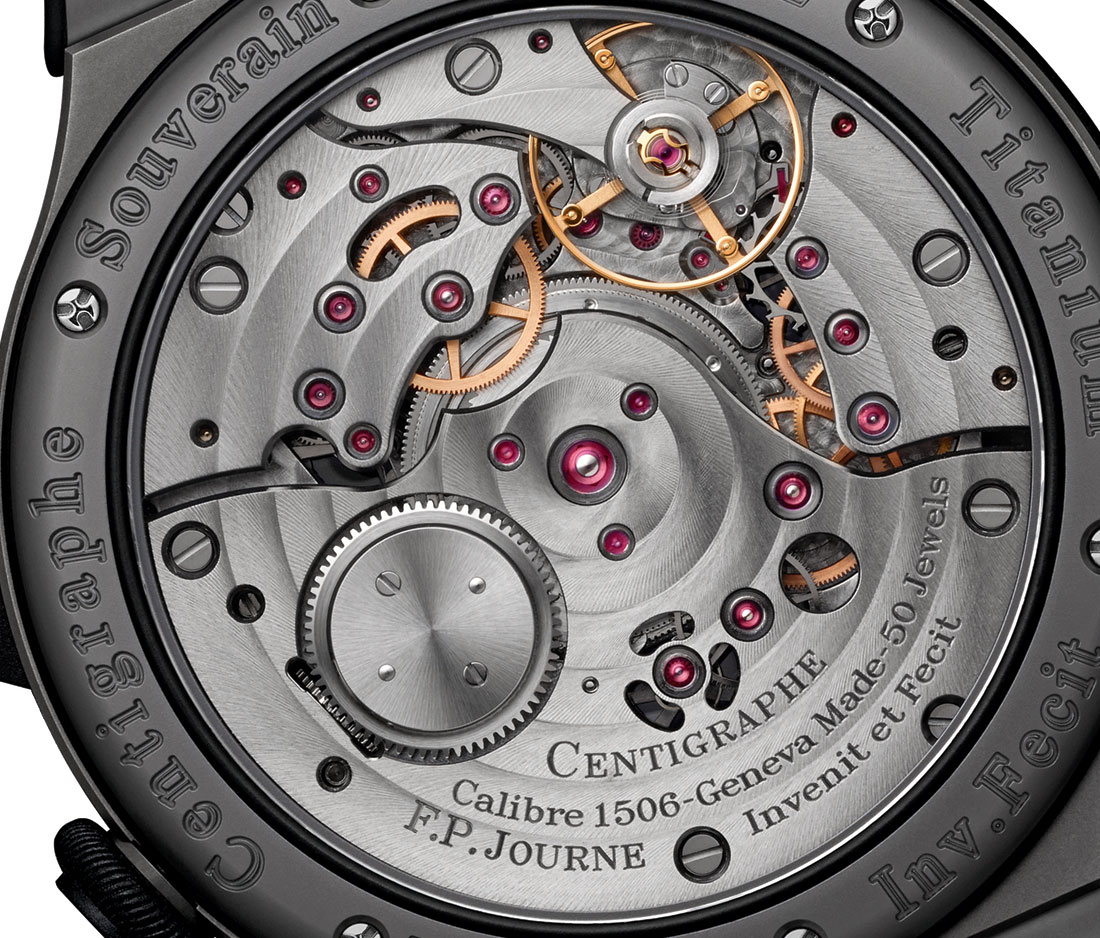 The Centigraphe Sport is powered by the manually-wound caliber 1506, and we discussed it in greater detail when we looked at the non-Sport version of the F.P. Journe Centigraphe Souveraine hands-on here. The movement consists of 284 parts and has a power reserve of 80 hours without the chronograph running. If the chronograph is run continuously, then power reserve drops to around 24 hours. The aluminum movement is highly finished with circular stripes on the bridges, circular graining on the baseplate, polished screw heads with chamfered slots, and more. 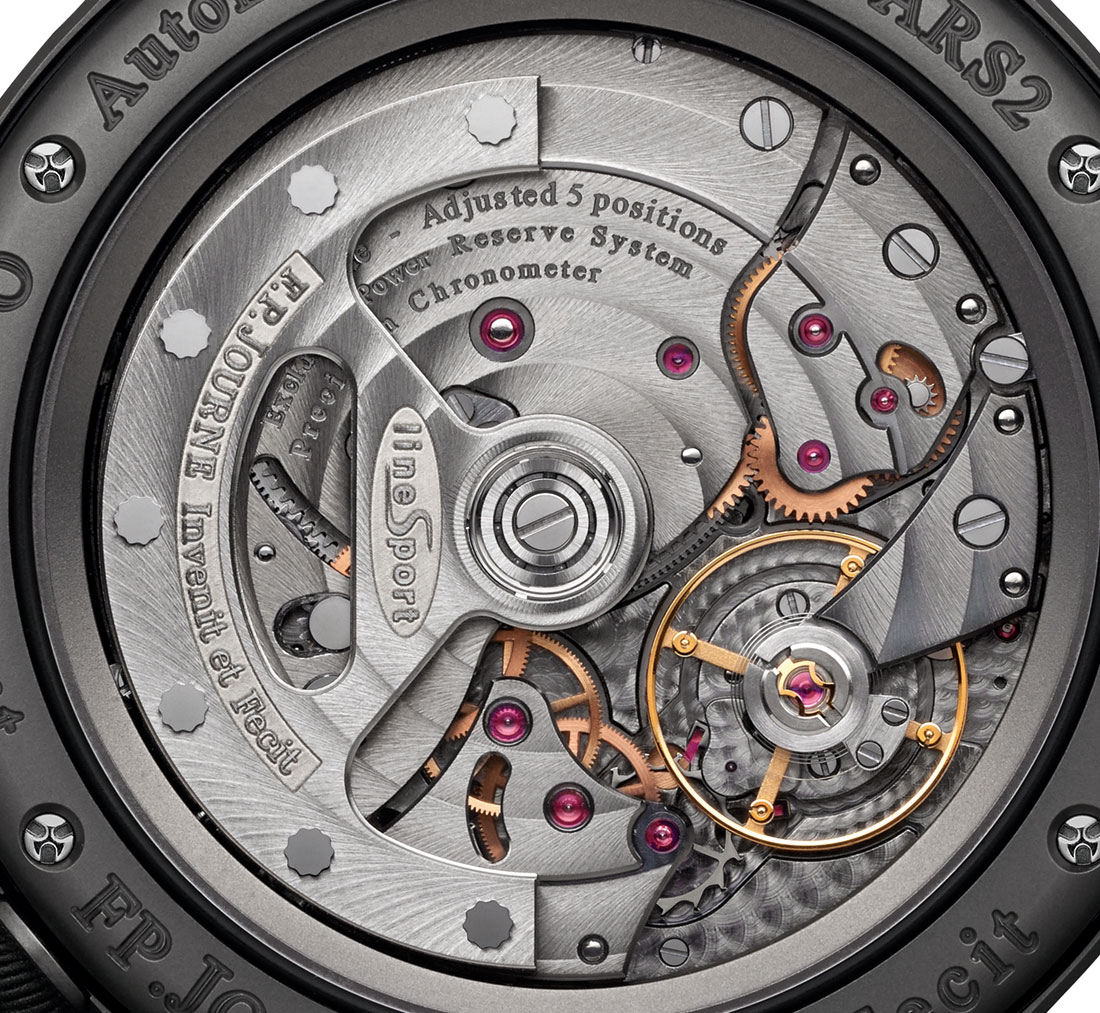 On the other hand, the Octa Sport which we reviewed here in aluminum, is powered by the automatic caliber 1300-3. This movement consists of 286 parts and has a power reserve of around 160 hours. Likewise, it is highly decorated with Côtes de Genève on the bridges, circular graining on the baseplate, chamfered and circular graining on the wheels, and more. The winding rotor is a mixture of titanium and tungsten. While most F.P. Journe watches have movements made out of rose gold, the Centigraphe and Octa Sport’s movements are both made from an aluminum alloy. Coupled with their titanium cases and bracelets, this makes the watches very light. Both watches only weigh about 75g. 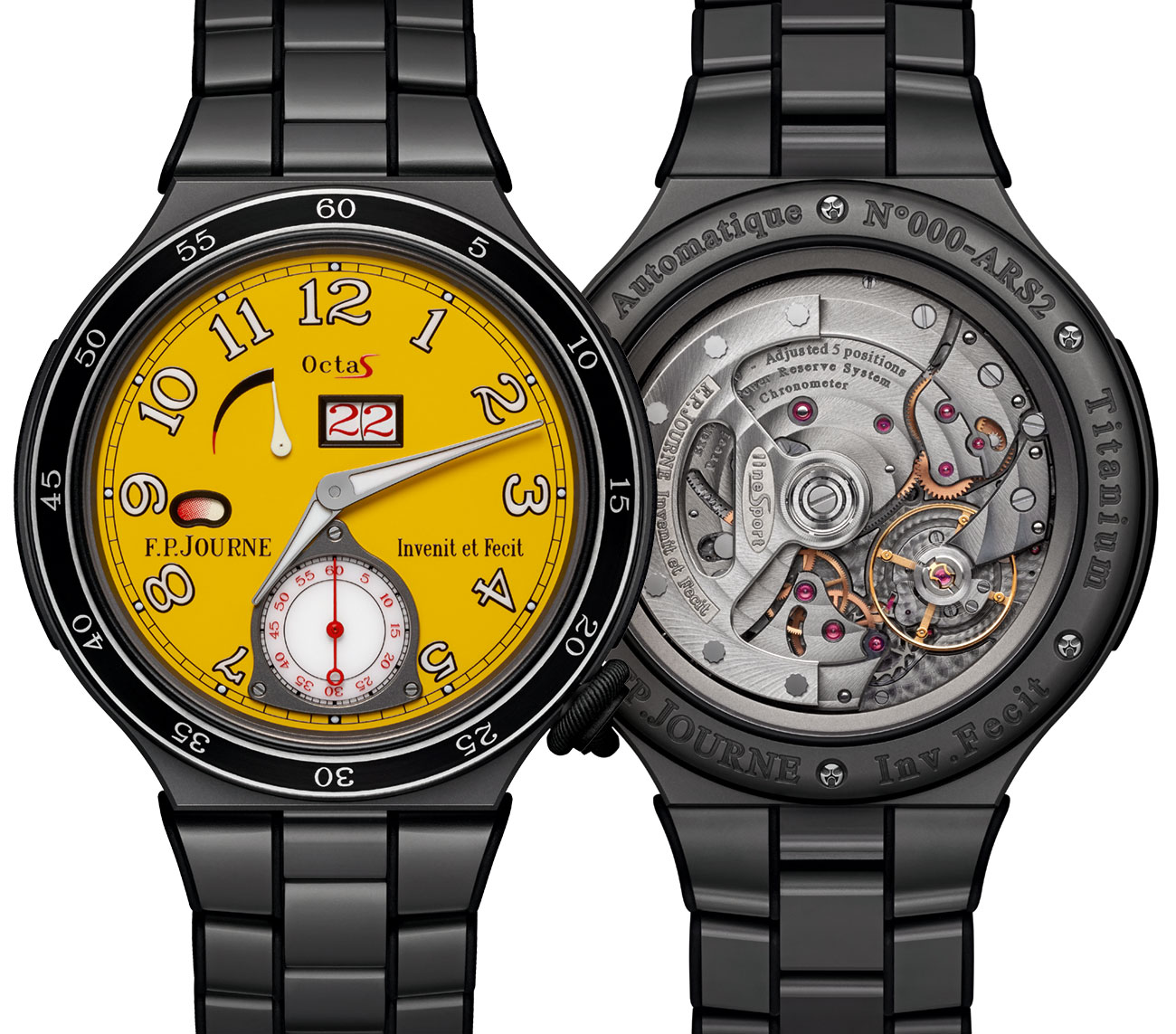 I think it is safe to say that the bright yellow dials will not be to everyone’s tastes but at least these two new watches uphold Journe’s philosophy of creating thoughtful watch lovers’ watches. The Centigraphe Sport, in particular, is noteworthy for its ability to measure events down to 1/100th second despite not having an ultra-high-frequency movement. The new F.P. Journe Centigraphe Sport is priced at 56,000 CHF while the F.P. Journe Octa Sport for 2018 is priced at 36,000 CHF. fpjourne.com