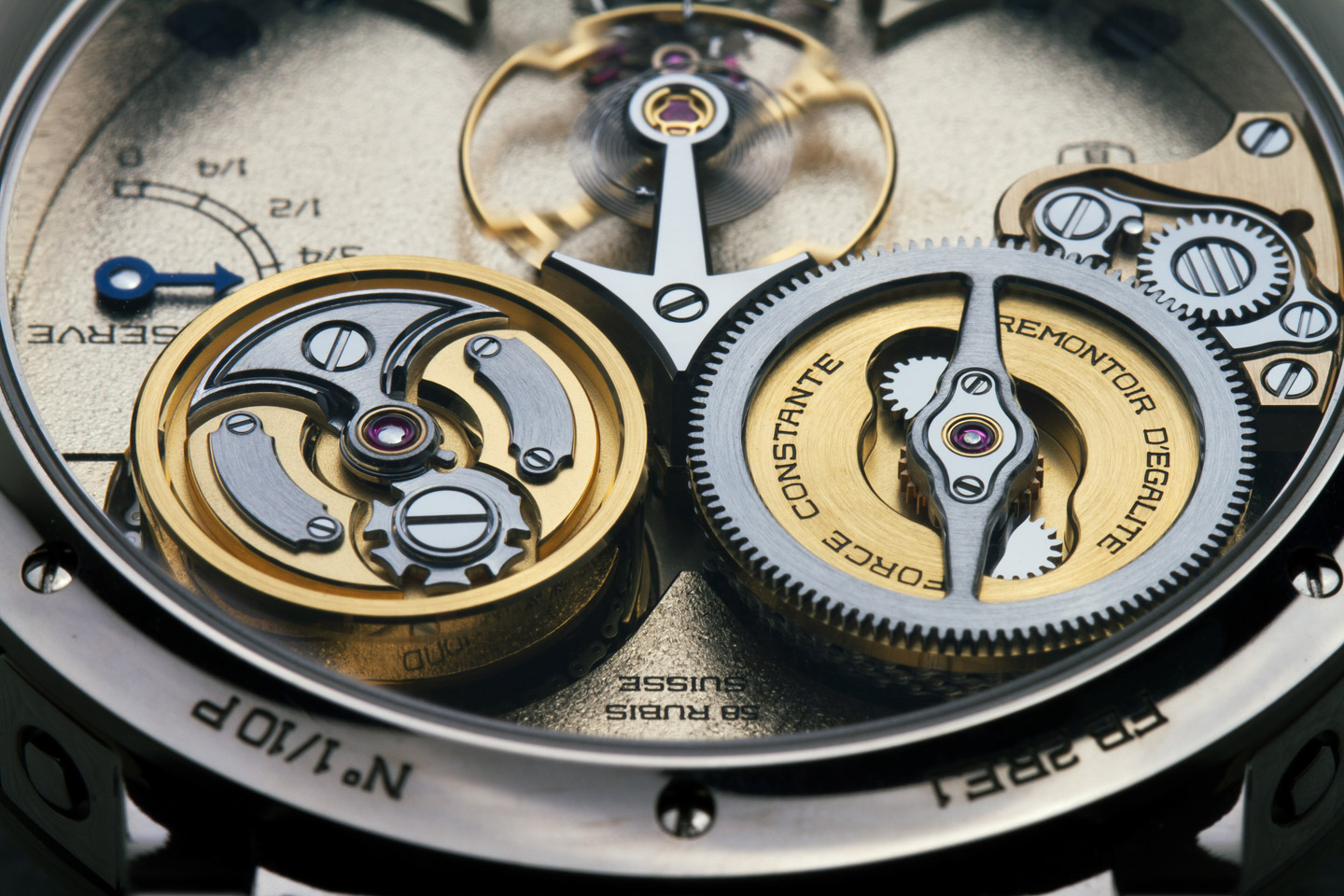 For those who still don’t know, Ferdinand Berthoud is the most high-end watchmaking arm of Chopard and is named after a celebrated historic clockmaker. Chopard had been slyly working on the new brand for several years before debuting it on aBlogtoWatch in 2015 with the FB1 watch. Earlier in 2020, it released this FB 2RE model, which represented the first new case design since the original, and much more distinctive, geometric case of the other Ferdinand Berthoud watches. Even though the FB 2RE is a more simple Ferdinand Berthoud timepiece, at a lower cost, this is still an elaborate ultra-luxury timepiece costing over $200,000. The watch is lovely, but you can’t truly understand that if you haven’t been through a large number of watches and more or less known the competitive landscape. For that reason, I think it is safe to say that Ferdinand Berthoud very much is a brand for seasoned collectors only.

That’s an interesting place to be because, at some point, watch collectors have both “seen it all” and they expect top-quality and prestige when it comes to what they want to wear on their wrist. Ferdinand Berthoud is not exactly a household name, but if you are in a room of real watch nerds and bring an FB 2RE piece out, no one is going to win a debate arguing that the watch is either too expensive or outdone by some other watch. For the money, Ferdinand Berthoud actually does deliver. Now, let’s keep looking at this epitome of stealth luxury that will earn anyone wearing it huge points with a tiny group of in-the-know timepiece enthusiasts.

There are several interesting anecdotes that one can tell about the Ferdinand Berthoud FB 2RE that help explain what makes this a “wow” watch. For example, most watches that only tell the time with minutes, hours, and seconds have movements with 200 parts. This watch contains a rather wild movement, known as the calibre FB-RE.FC, that has 1,200 components. It doesn’t take an intellectual to wonder what all the rest of those parts for. That is a good question.

Let me venture to describe how I might explain the Ferdinand Berthoud FB 2RE to a fellow watch lover you might not understand horology on a Masters level yet. First, of all, as I said the 2RE is the tamest watch Ferdinand Berthoud has come up with yet. While I really like the eight-sided brand watch case on my wrist, it was a bit too wild-looking in pictures for some timepiece enthusiasts. More troubling for mainstream appeal is that until the FB 2RE, most all Ferdinand Berthoud watch dials are a bit weird looking even though they fit the brand theme and history perfectly. Thus, the 2RE, with its round case and traditional three-hand dial is supposed to be the conservative choice for the brand.

The brand itself makes watches that are original-looking but very (very) heavily inspired by traditional watches. What separates Ferdinand Berthoud from other brands that celebrate historic/classic/vintage watches is that Ferdinand Berthoud only celebrates the absolute top of the ladder of horology in what inspired it — of an era in the watch industry that saw its zenith around the year 1800. Ferdinand Berthoud himself was one of those elite “scientist watchmakers to the king.” (He was from Neuchâtel but, at the time, the now-Swiss canton was part of the Kingdom of Prussia.)

Many of today’s timepieces that are designed to celebrate truly landmark timepiece movement design and decoration techniques and structures are mostly for art — meaning they aren’t always very good watches or particularly accurate. Many of them are discussed as being “functional” or “mechanical” art as a means of promoting their visual beauty but also rinsing over the fact that they don’t keep a very good time. Ferdinand Berthoud always wants to make sure its owners know that its movements aren’t just stunning to look at, but that they also perfor well. In this case, the FB 2RE watch is a COSC-certified Chronometer. This means that, in addition to being incredible emotionally satisfying to look at, you can wear it as a reliably daily watch and keep good time.

To make the FB 2RE dials beautiful and also legible, Ferdinand Berthoud used a grand feu enameling technique for both the white- and black-dial versions. The dial is a wonderful blend of scientific instrument-dial markers, with a subdued classicism that is actually quite modern when considering Ferdinand Berthoud’s actual historic era. The hands are in 18k gold, but the seconds hand is titanium. It is so because it is a dead-beat seconds hand, and my inclination is that the ticking action might bend a gold hand over time.

Yes, ticking. The Ferdinand Berthoud FB 2RE is of course entirely mechanical, but it has a deadbeat seconds complication that was used in the past for timepieces where to-the-second accuracy was needed for reading purposes. This timepiece is essentially supposed to be a classic marine chronometer for the wrist — something many timepieces have wanted to be (but very few have succeeded in doing).

The rear of the watch is an expansive sapphire crystal window with a money-shot view into the heart of the sexy mechanism. Nice symmetry and a “pillar” construction give so much for the eyes to lap in. The level of detailing and the quality of the polishing are nearly bar-none. If you thought Chopard L.U.C was good, just consider Ferdinand Berthoud’s finishing way better. There are only a handful of nerdy collectors in the world who can truly point out top-quality finishes in the world. I don’t know of any group-owned brands that finish to this level, save for Greubel Forsey (since it has some partial ownership by Richemont). The others who finish this well are painstaking independents who do it for the love of the art. Patek Philippe, Breguet, and A. Lange & Söhne are top-tier finishers for shopping mall luxury, but Ferdinand Berthoud is up there with Philippe Dufour and Greubel Forsey in attention to detail, from what I’ve seen of the brand.

That is where the bargain comes in. If you want a watch with this many parts from Greubel Forsey, you need to spend several times the price. Again, even though this watch is nowhere near chump change in its price, it does represent a rare bargain in the segment within which it competes. Ferdinand Berthoud designed this new mechanical manually wound movement to be accurate by including a rather impressive constant force mechanism. The watch operates at 3Hz (18,000 bph), with about 50 hours of power reserve. There is a nice-looking power-reserve indicator located on the movement side of the case, on the movement itself. Here’s how the watch ensures as much accuracy as possible: It uses two constant force systems. 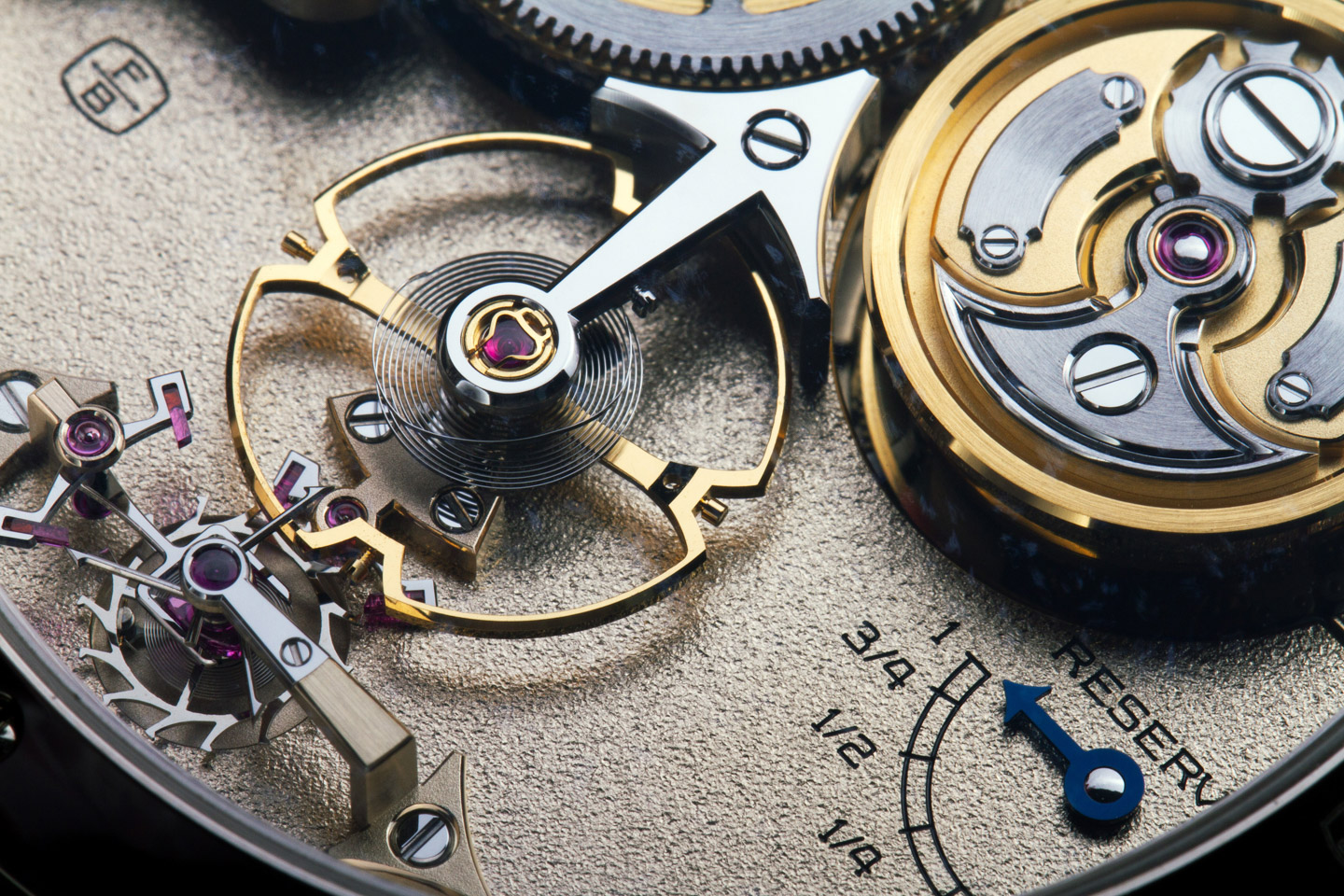 The calibre FB-FE.FC probably isn’t the only watch movement in the world to combine a remontoire and a fusee and chain transmission system, but I’d not seen one before. What helps is that both of these systems are really neat to look at. The fusee and chain transmission system is the older of the two concepts and dates back hundreds of years. The system is a complicated execution of a basic principle. A conical-shaped gear unwinds at a different rate to compensate for the change in torque coming from a mainspring barrel that is gradually unwinding and losing power. If the two forces are balanced, an effective compensation action will take place, resulting in more smooth and consistent power moving from the mainspring barrel to the gear train.

To accomplish this in a watch that doesn’t wear out easily, a tiny chain similar to a bicycle chain is used. These are tiny and need to be assembled by hand. They are also very crowded with parts, and I would guess that several hundred of the 1200 parts used in the movement are used for the chain part of the power transmission system. 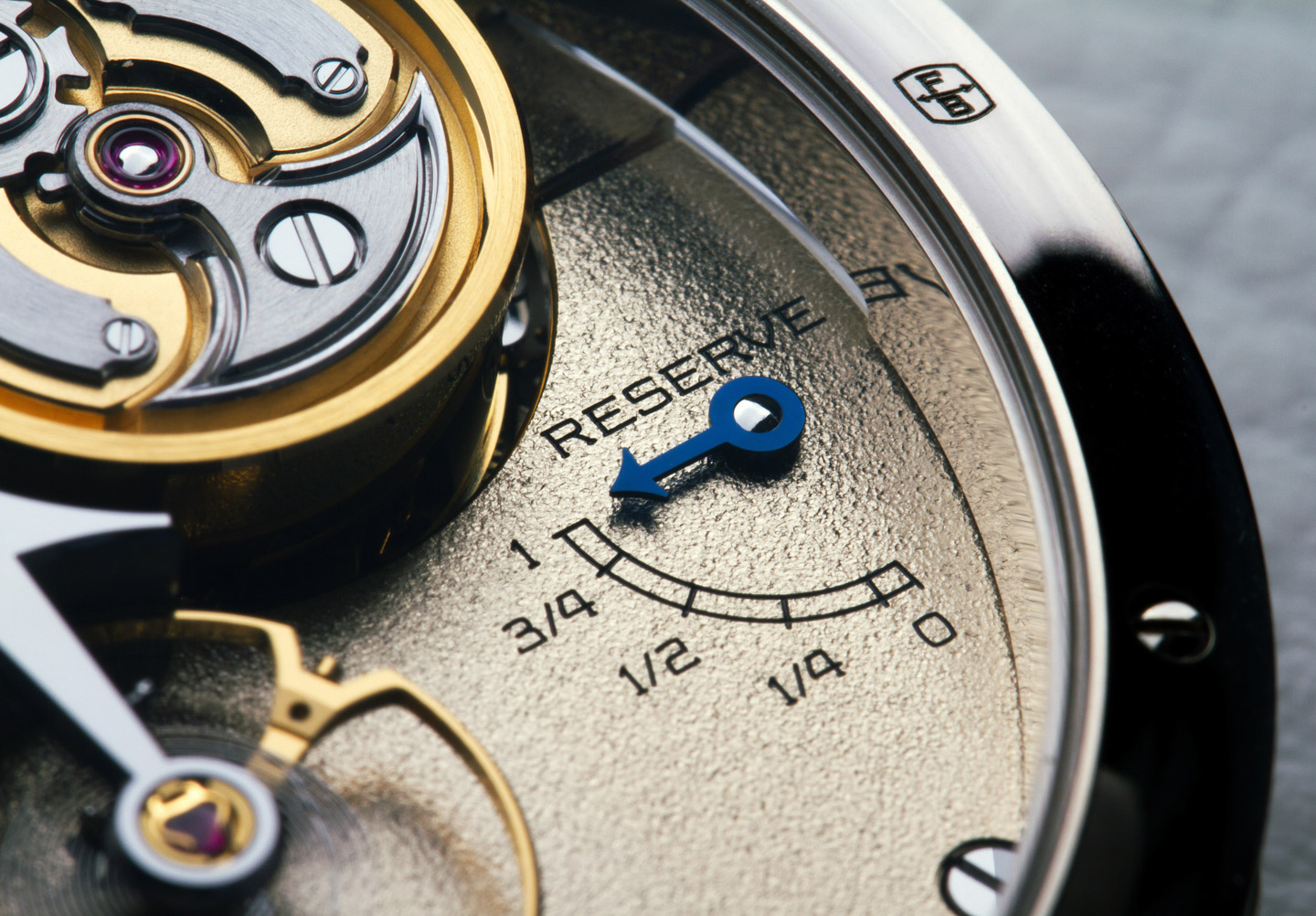 Then we have the one-second remontoire. This is also based on a rather ancient principle, which is that power can be doled out in more consistent chunks if a system is designed to first store and then emit consistent amounts of energy. Think of them as consistent pulses of energy, which is what a remontoire emits. The pulses comes once a second, and thus this action is what powers the dead-beat seconds hand. The balance wheel’s action feeds a sort of mechanical accumulator which is similar in construction to a mainspring. In a sense, it is like a secondary mainspring in how it operates. All of this is designed to ensure that a consistent level of power feeds the gear train so that the time displayed on the watch dial doesn’t advance too quickly or too slowly. This is itself a concern because the mainsprings that power watch movements have an appreciably different level of torque when they are either fully wound or almost fully unwound (in comparison to the torque in the middle 60-70% of spring-woundedness range).

While the pursuit of timepiece accuracy is not every collector’s cup of tea (“why do you care if it looks pretty? I already check my phone a few times per hour”), more than enough watch lovers are already salivating over the notion that this classic-looking supercar of horology has got the looks and the brains. In the looks department, the case is on the bulkier side, but its’ got inviting curves and angles. Best of all, the more proportionally petite lugs offer comfort when the FB 2RE is riding on your wrist. The case is 44mm wide by 13.95mm thick (small for a Ferdinand Berthoud). These two limited-edition models are produced from either 18k rose gold with a black grand feu enamel dial, or in 18k white gold with the white grand feu enamel dial. Both models have black ceramic “medallions” inset in the crowns. One of the tactile pleasures that comes from the watch in the action of winding the crown. Ferdinand Berthoud seemed to have given the crown a name: dynamometric.