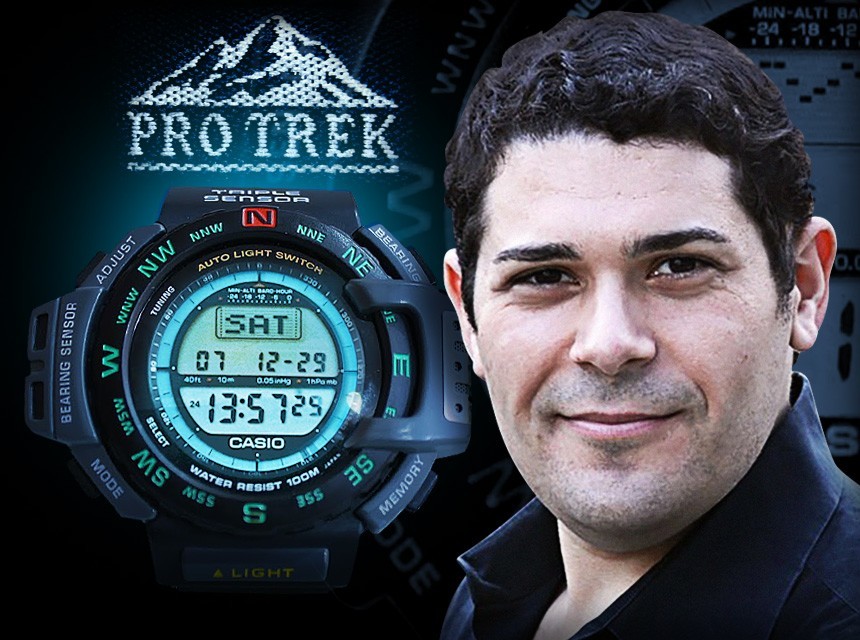 Welcome back to an original aBlogtoWatch feature, “My First Grail Watch.” In this series, we ask prominent people in the watch industry about the first timepiece that they lusted after. Today, we’ve got an interview that’s – well, let’s call it a belated birthday present for the interviewee. We’re speaking with the man, the myth, the legend – aBlogtoWatch’s founder, Ariel Adams.

Advertising Message
Ariel Adams (AA): My name is Ariel Adams, and you may have heard of me. I am the founder of aBlogtoWatch and discuss watches in publications all over the world.

AA: I became a “watch guy” when I was about 20 years old, but looking back at my history, I’ve worn a watch on my wrist since early childhood – sometimes two of them.

AA: That would go back many years, to the 1980s. The first watch I ever recall really wanting and didn’t have was a Casio Pathfinder (now called the ProTrek). I can’t think of the specific model and there may have been more than one, since Casio made a lot of them.

AA: First of all, I was being raised on Japanese video games, toys, and gadgets… so a techie watch with a futuristic look and a lot of features was right up my alley. It really wasn’t that I had use for most of the features, but the sensors in the watch and the sheer list of functions was enough to sway my child heart.

ABTW: Given the relatively affordable price point, it’s a safe bet that you ended up with your grail.  When did you finally haul it in?

AA: As a kid, no one wanted to spend a few hundred dollars on a watch for me. So I was never able to enjoy it then. In my 20s I got my first ProTrek and instantly loved it. I’ve since acquired several of them and continue to appreciate how Casio keeps improving the collection. To this day, I get a giddy feeling each time I get a new one, even though I’ve probably not had reason to use at least half of the features.

ABTW: Do you still have the Casio ProTreks that you’ve acquired?

AA: The good thing about the Casio ProTrek is that it cost pennies compared to some of my adult grail watches. So yes, I still have them, but they aren’t in the same category as the exotic mechanical watches I lust for.

ABTW: Even though we’re well removed from the era, have you ever been tempted to get an older ProTrek, to truly fulfill that childhood dream?

AA: None of the 1980s or 90s Pathfinders have much appeal anymore since newer does tend to be better in that context.