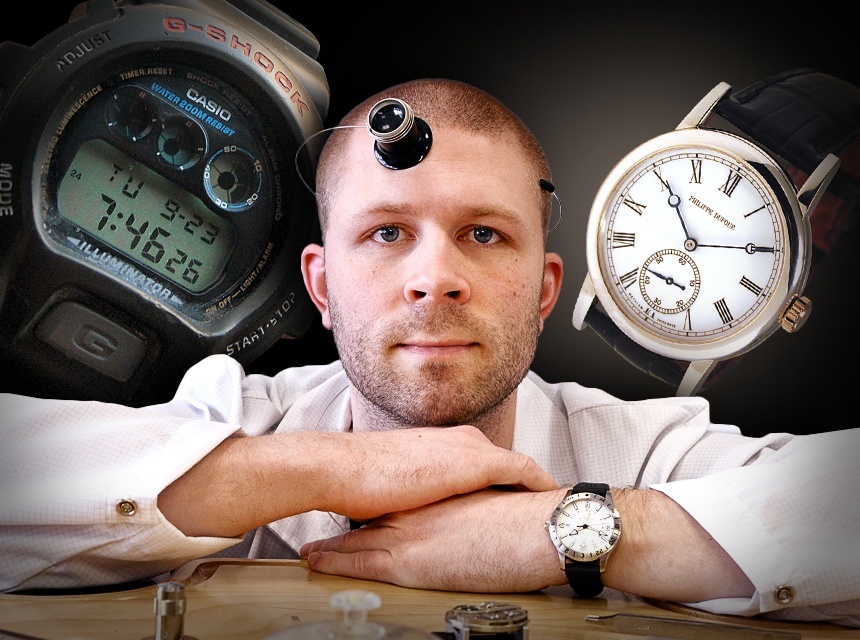 Welcome back to an original aBlogtoWatch feature, “My First Grail Watch.” In this series, we ask prominent people in the watch industry about the first timepiece that they lusted after. Today, we’re speaking with Robert Michelsen, a fourth-generation watchmaker who, along with instructing students, oversees production for Icelandic brand Michelsen. Read on to learn what grail has eluded him, even to this day.

Robert Michelsen: My name is Robert Michelsen, and I hail from Reykjavík, Iceland. Watchmaking is in my blood: I‘m the 4th generation of watchmakers in my family, and the family company, Michelsen Watchmakers, is the oldest watch company in Iceland, founded in 1909 by my great-grandfather.

I live in Switzerland, where I‘m an Instructor at K&H Watchmaking Competence Centre which is a small & independent watchmaking school in the heart of the watchmaking industry, Le Locle. Besides teaching watchmaking to promising future watchmakers, I design and oversee small production of watches for the micro brand Michelsen in Iceland.

Robert Michelsen: I can‘t say exactly, since I was so young. When I was a kid I was always around my dad‘s and grandfather‘s shop, and I showed interest in watches and watchmaking quite early. Often I became totally hypnotized trying to fix and assemble old alarm clocks. I remember the thrilling satisfaction I got when I all by myself dis-assembled and assembled an old alarm clock from Poland and made it “tic-toc.”

Seeing all the components working together in harmony, not really understanding completely what I was looking at, is an experience I still remember very clearly. I was just a kid, and I was so proud of myself. After that, I had to have one of those hand wound, super loud alarm clocks to wake me up in the mornings. 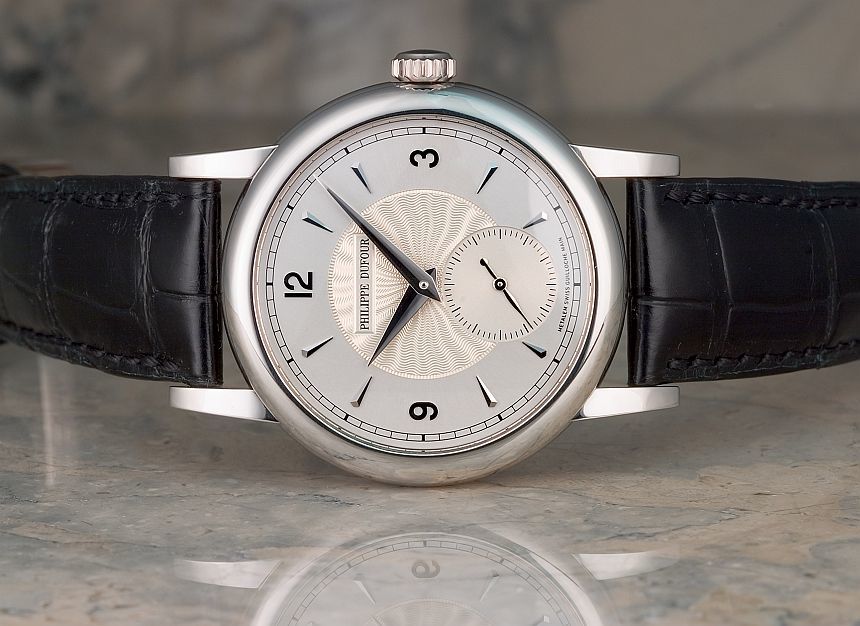 ABTW: You definitely had some very early (and deep) exposure to the world of watches. What was your first grail watch?

Robert Michelsen: My absolute first grail watch was a Casio G-Shock, when G-Shocks first became popular in 1994/95 or so. I was 10, and I wanted that watch soooo bad. My dad and I made an agreement: If my average grade from school would be to a certain minunum, he would give me that G-Shock. I didn‘t let that opportunity go to waste, and 19 years later, I still wear that same G-Shock every day when I come home from work and I wear it when I exercise.

My actual grail watch does not exist, since I‘m so critical of watches and I haven‘t found the perfect watch, so I guess I have to make it myself someday. However, a watch that I would love to own is Philippe Dufour‘s Simplicity.

ABTW: What drew you to the Simplicity?

Robert Michelsen: It‘s Philippe Dufour! He‘s the greastest living watchmaker, a true master of his craft. I have a deep respect for the man and what he has accomplished. To own a watch from him would be a dream, since I am myself a watchmaker and can tell the true value and the amazing craftsmanship his watches hold.

His watches look good, yes, and they are minimalistic, simple, and beautiful. It‘s when you turn the watch and look at the movement where true watchmaking can be seen. His watches scream quality, and what‘s also great about his watches is they are just basic hand wound watches. No bullshit what-so-ever, just pure quality in its most simplified form.

In an industry which has been quite obsessed with gimmicky complications and exotic metals/materials for years now, to have a watchmaker like Dufour making so simple and beautiful watches, where quality and craftmanship are priority, is fantastic. 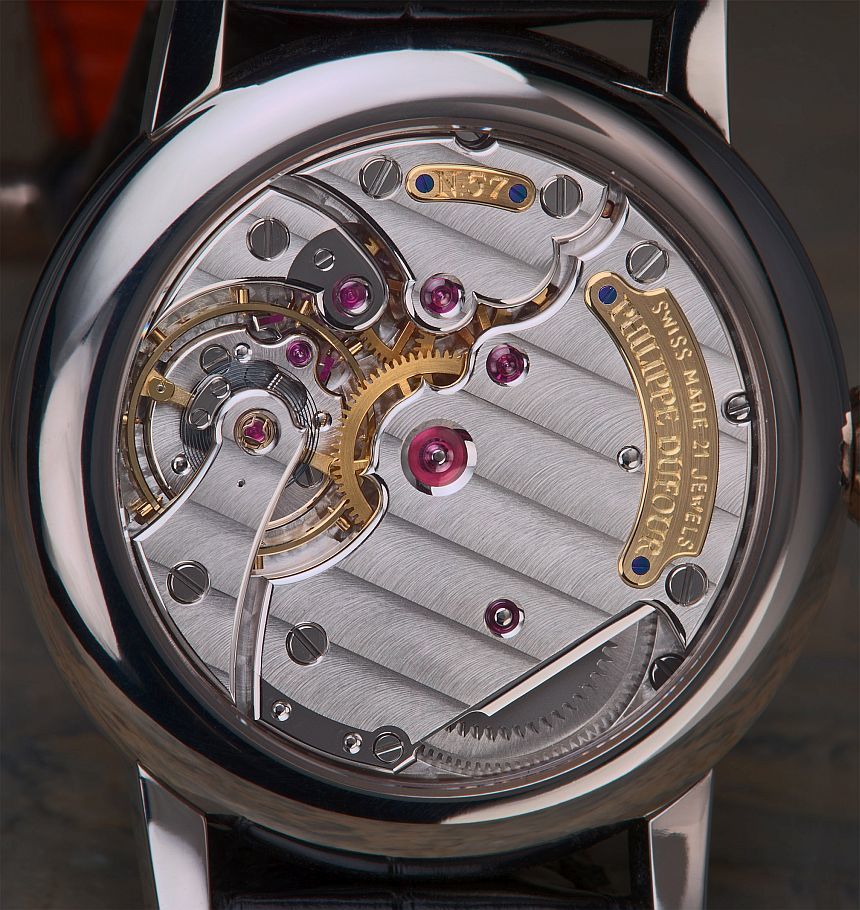 What makes his watches stand out from many of the independents is that Mr. Dufour is a one man army, he‘s sitting at the bench and doing the work himself; he doesn‘t have an group of watchmakers doing the bulk of the work for him, or even all the work.

This finishing you see on Philippe Dufour‘s watch is his hard work and his frustration of getting things right. To work at this high-level, to do this kind of finishing and this kind of quality movement, involves a lot of sweat, blood, and tears. I want a piece of this sweat.

ABTW: So, do you have a timeline for when you’ll be able to own a piece of Mr. Dufour’s sweat?

Robert Michelsen: Hell no, and I probably never will. There will only exist 200 Simplicities when he finishes them, and the buyers are carefully chosen by Mr. Dufour himself. And forget about second hand Simplicities, since the prices only go up on the after market. I will most likely never be able to afford that kind of luxury. So a Philippe Dufour watch is only a dream, but what a dream to have, huh? 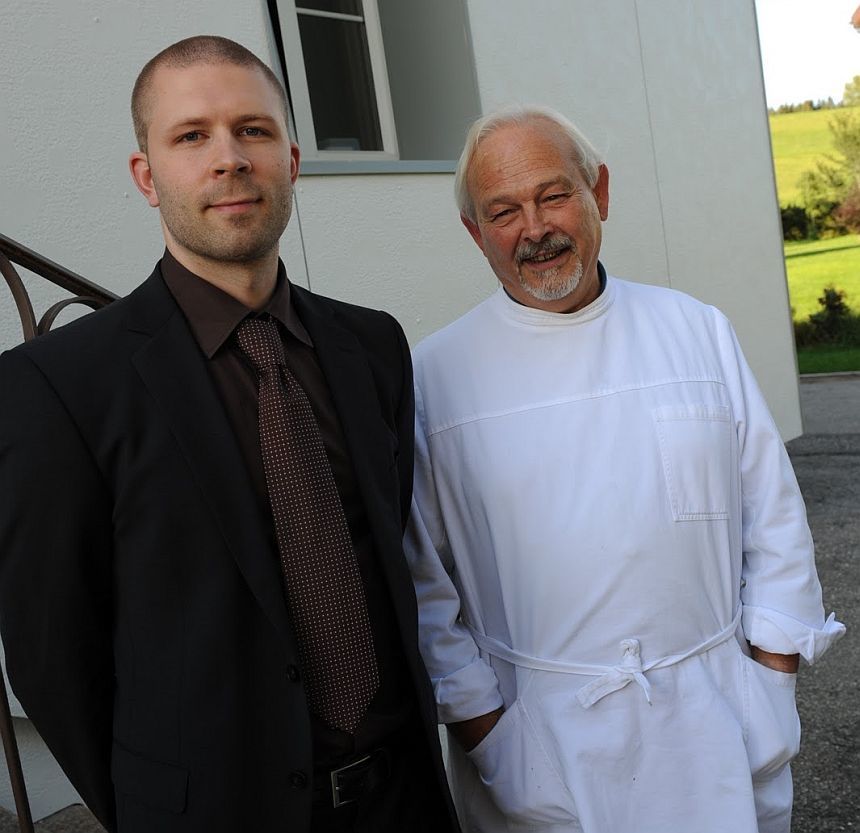