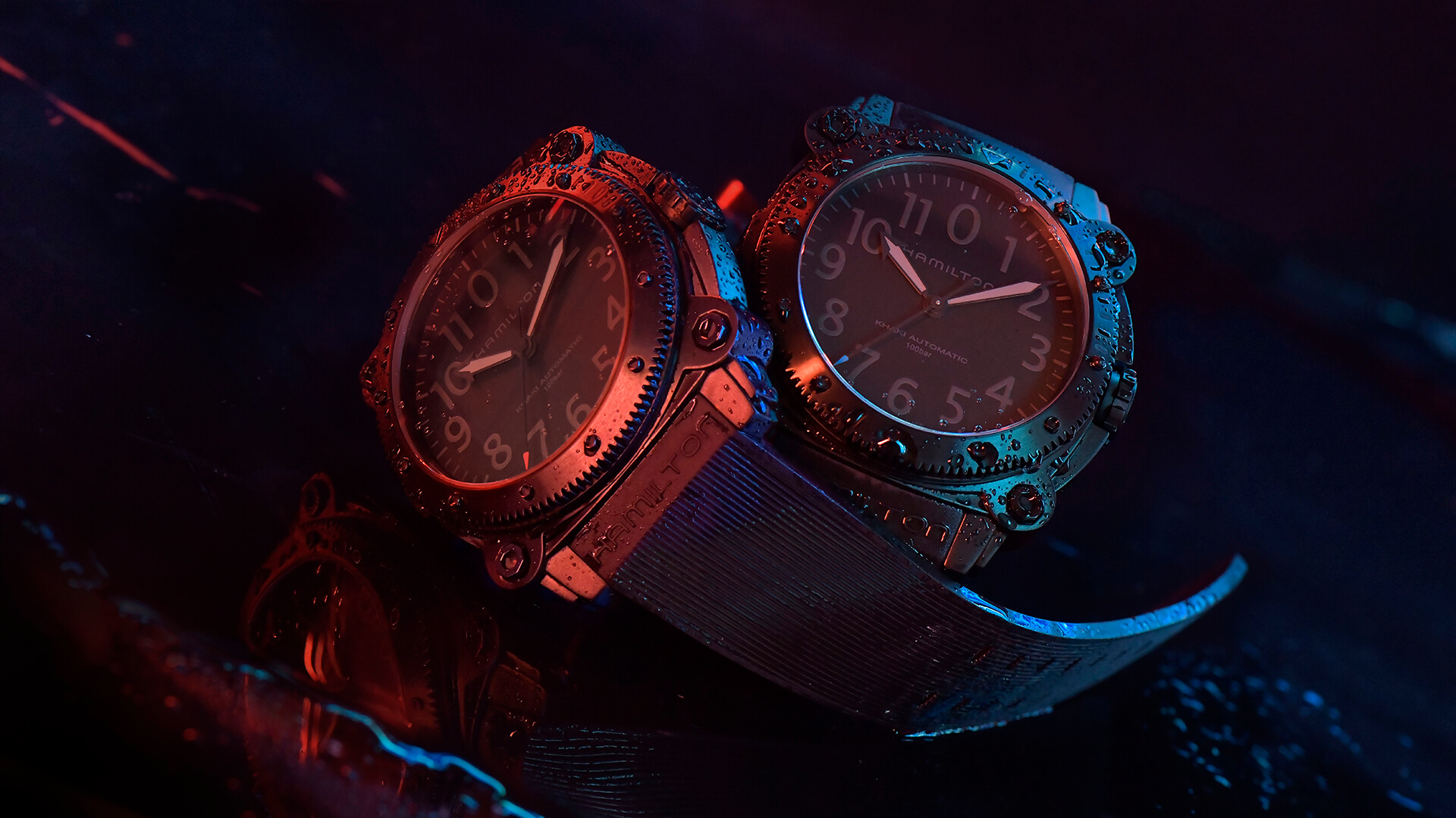 When it comes to watches in film, perhaps no brand has a more impressive track record than Hamilton. From “2001: A Space Odyssey” to “Men In Black” and “Interstellar,” the marque has a long history of providing distinctive timepieces to Hollywood, and for its latest star turn Hamilton has once again partnered with acclaimed filmmaker Christopher Nolan, creating a unique version of its rugged Khaki Navy BeLOWZERO diver for his upcoming thriller “Tenet,” set to release July 31, 2020. While the watch featured in “Tenet” will be heavily modified with changes including a digital display, Hamilton has taken the opportunity to release not one but two limited edition versions of the BeLOWZERO inspired by the film, both known as the Hamilton Khaki Navy BeLOWZERO Tenet Special Edition. 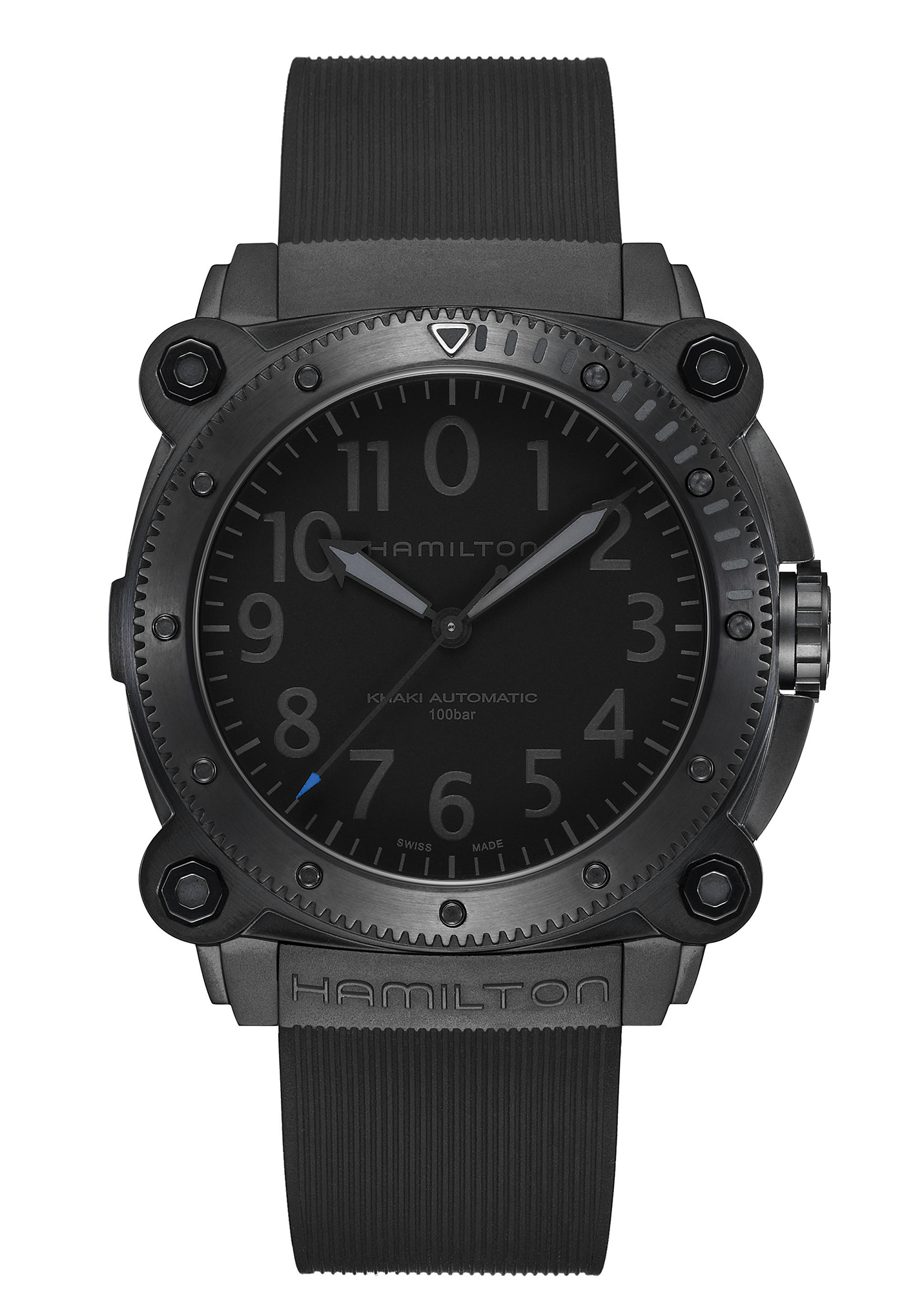 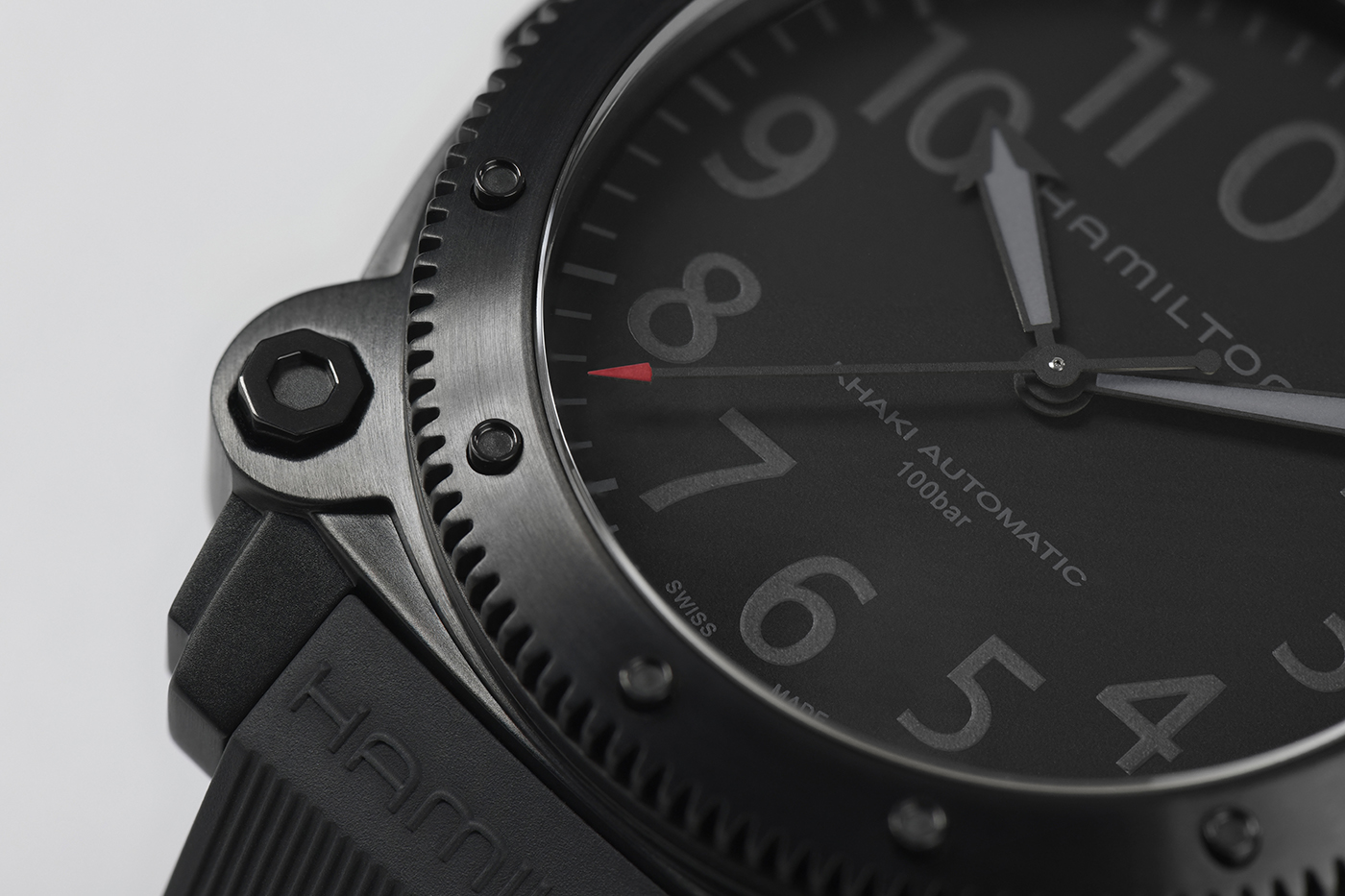 The Hamilton Khaki Navy BeLOWZERO is not a new watch by any stretch, standing as a stalwart in the brand’s collection since 2008, and “Tenet” is not the BeLOWZERO’s first starring role, having appeared on the wrist of Matt Damon in 2015’s “The Martian.” That said, the watch to be used in “Tenet” is slated to play a major role in the plot to save the world from World War III by manipulating time thanks to some truly extensive modifications. The Hamilton Khaki Navy BeLOWZERO Tenet Special Edition available to buyers, on the other hand, should be extremely familiar to those familiar with the brand. The beefy 1000 meter rated black case, ETA 2826-2 automatic movement, ribbed rubber strap, and stealthy blacked out dial remain the same as previous iterations, with the addition of a special arrow tipped seconds hand in either bright red or electric blue. It’s a small change, but as the only punch of color in these murdered-out designs, it’s surprisingly noticeable. The other major change that comes along with the new seconds hand is dazzling new packaging inspired by the film and designed by “Tenet” production designer Nathan Crowley. 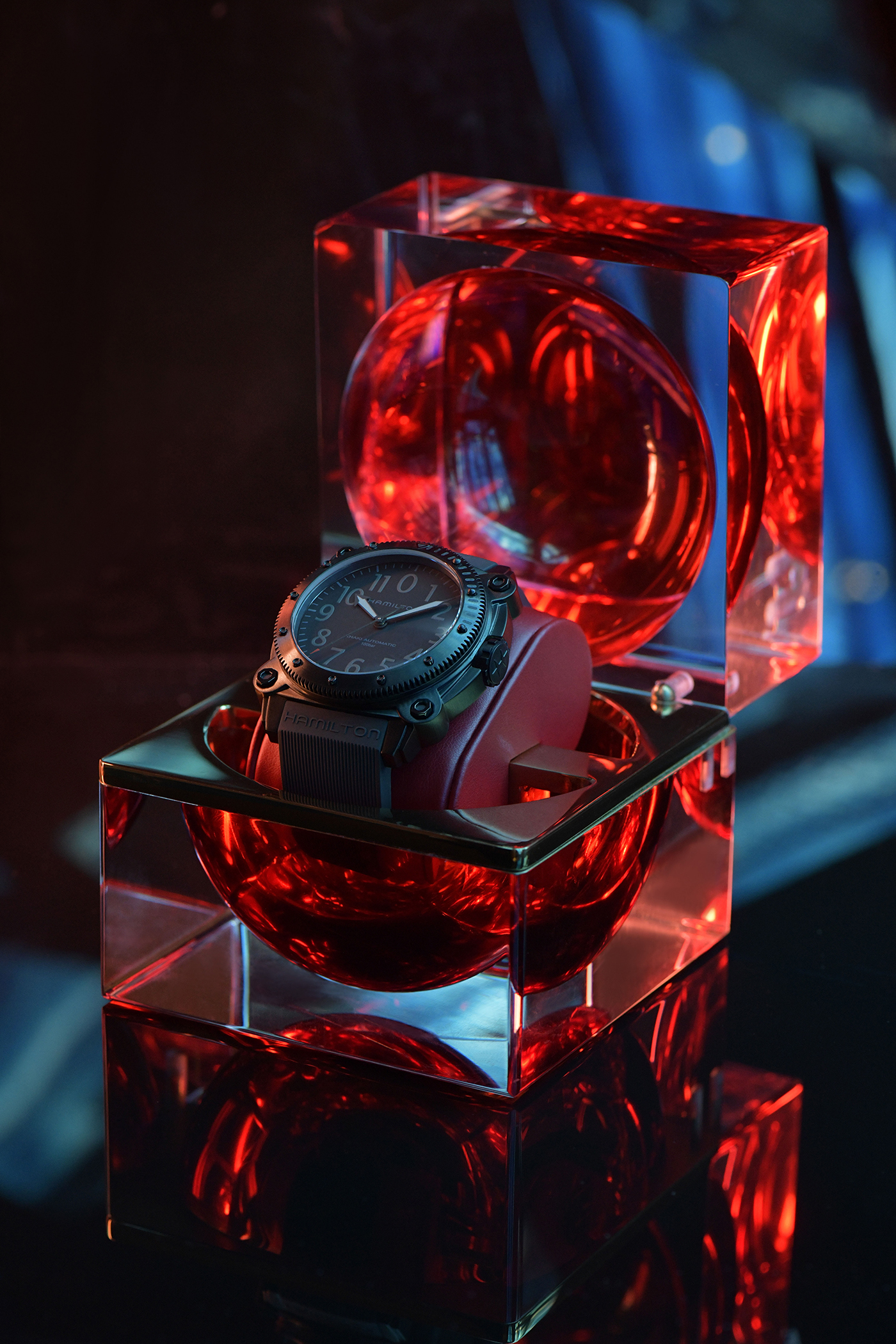 While not the most dramatic of special editions, the subtlety of the Hamilton Khaki Navy BeLOWZERO Tenet Special Edition’s changes may ironically make it an easier sell to enthusiasts. Beyond film fans, those who were turned away by the standard BeLOWZERO’s complete lack of color may just find the pop of red or blue gives this watch a bit more personality without feeling too overwhelming. The Hamilton Khaki Navy BeLOWZERO Tenet Special Edition is limited to 888 examples in each color, available through authorized dealers July 18 at an MSRP of $2,095. For more information, please visit the brand’s website.