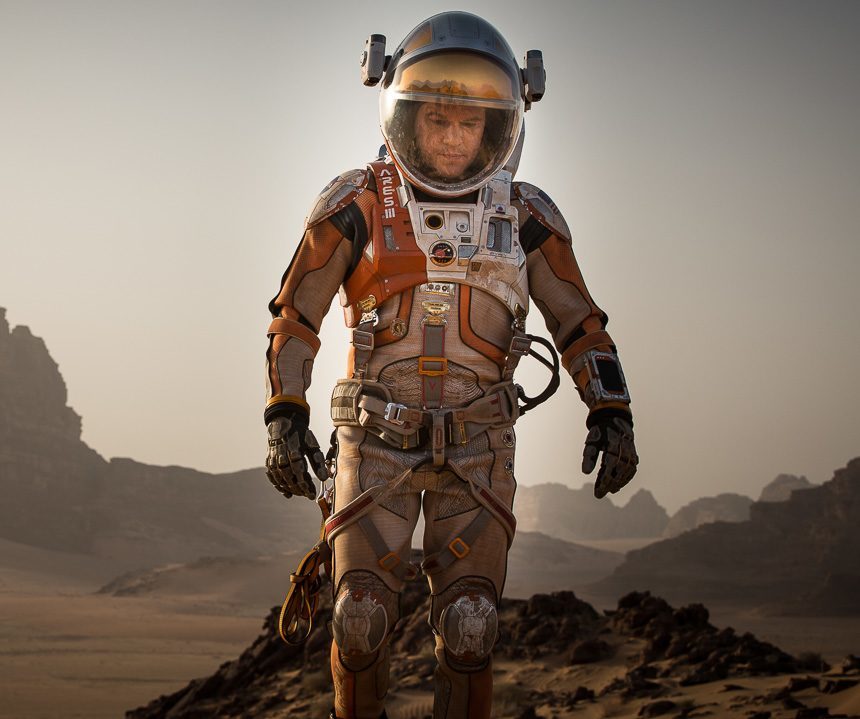 A few months ago, I read (well listened to, actually – thanks, Audible) a really cool book called The Martian (written by Andy Weir) that I later learned is about to be a “major motion picture.” I mean, listen, I consider anything by Ridley Scott that involves space to be a major movie. Matt Damon plays the lead character whose name is Mark Watney, and apparently, he is going to wear a Hamilton watch in at least part of The Martian movie.

The funny thing is that, because I haven’t seen the movie yet – and because the pictures available from the film aren’t particularly illustrative of Watney’s wristwatch wearing habits (when he isn’t wearing a space suit) – I don’t really know how prominent this Hamilton Khaki Navy BeLOWZERO watch is in the movie. Though, I hope it gets some good screen time. Hamilton has confirmed to aBlogtoWatch that Matt Damon will indeed be wearing the watch in the movie. 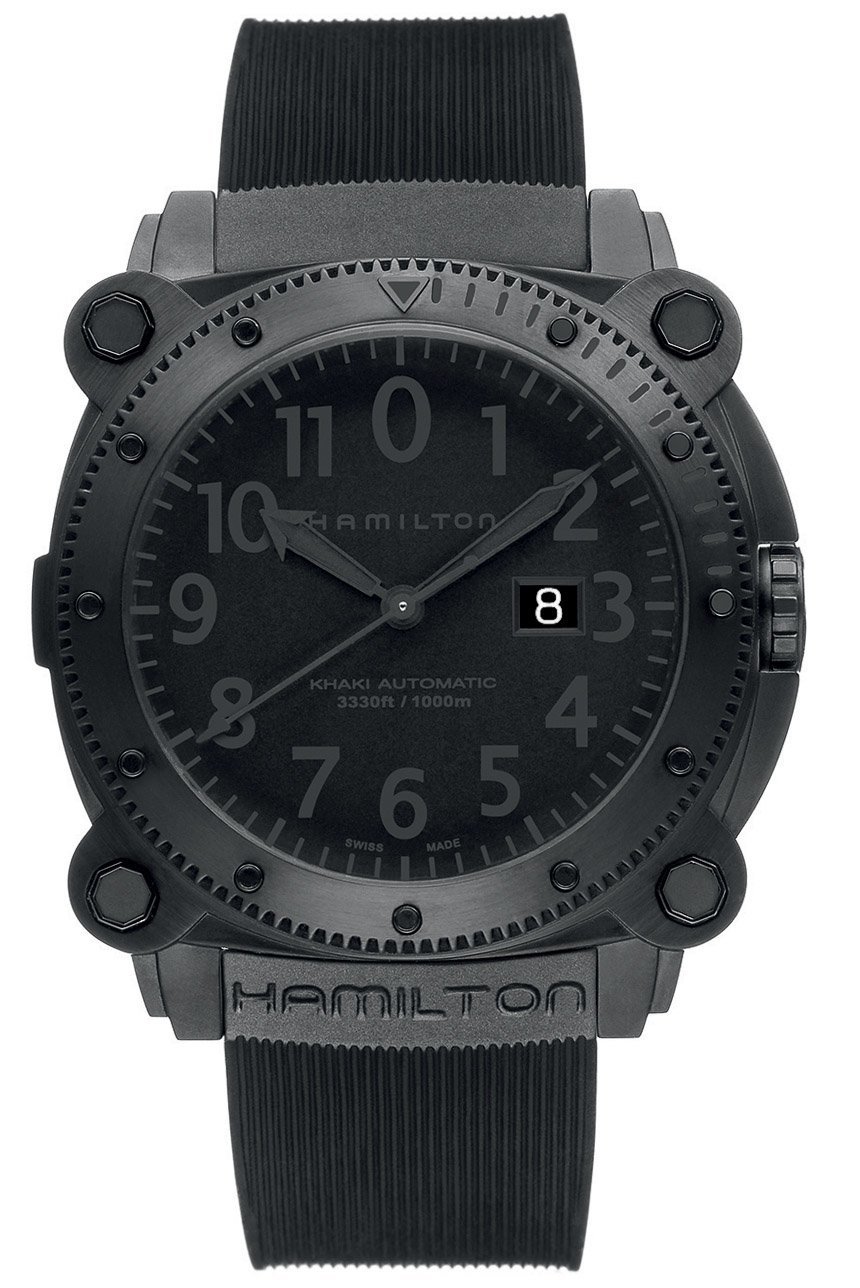 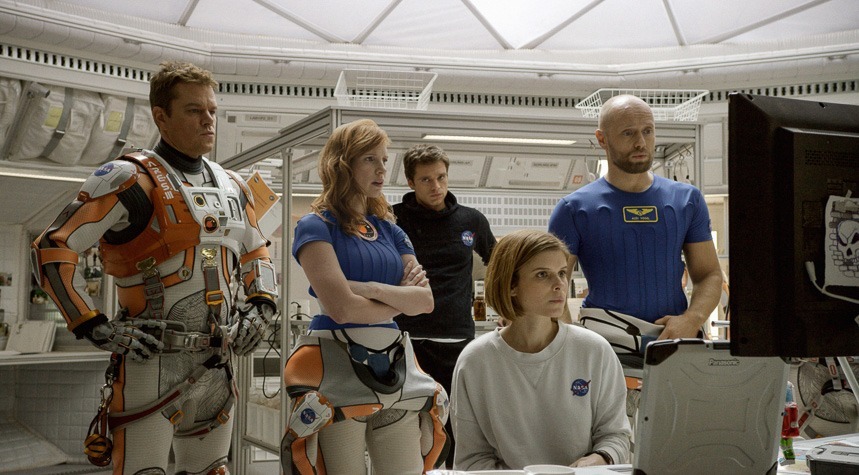 Those who know watches will probably be asking themselves “isn’t that a relatively old (though modern) Hamilton watch?” That’s true, actually, as the Hamilton Khaki Navy Below Zero (as it was more logically called back then – what exactly does “BeLOWZERO” mean, exactly?) was originally released in around 2008 (check our aBlogtoWatch article on the Hamilton Khaki Navy Below Zero watch here from years back). I am pretty sure it wasn’t Hamilton’s idea to include such an old model, but rather the wishes of The Martian‘s producers. You see, Hamilton has a nice reputation among movie makers as a friendly watch brand to work with. With that said, it is still up to the movie makers what watches to use – and sometimes they just ask watch makers they work with (like Hamilton) to create something unique.

The Hamilton Khaki Navy BeLOWZERO does tend to fit the interesting aesthetics of the movie, its gear, vehicles, and structures. It was actually a clever choice for the producers to pick, even if Hamilton probably wanted them to choose a newer model. As a diving watch, the Hamilton Below Zero (sorry, I just can’t keep writing “BeLOWZERO…” I don’t want to “be a lowzero!”) is water resistant to 1000 meters (with a helium escape valve and 5.6mm-thick sapphire crystal) and should probably handle the depths of space pretty well. This reference H78585333 all black “phantom” version comes in 46mm-wide steel case with a rotating diver’s bezel. Inside the watch is a Swiss ETA 2826 automatic movement. 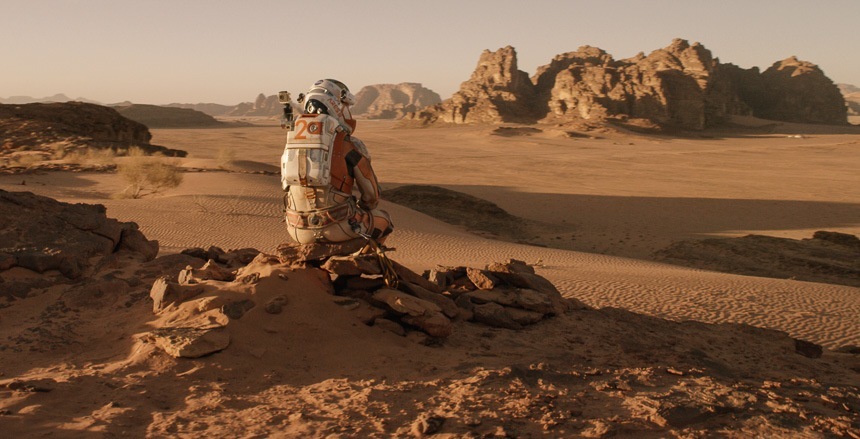 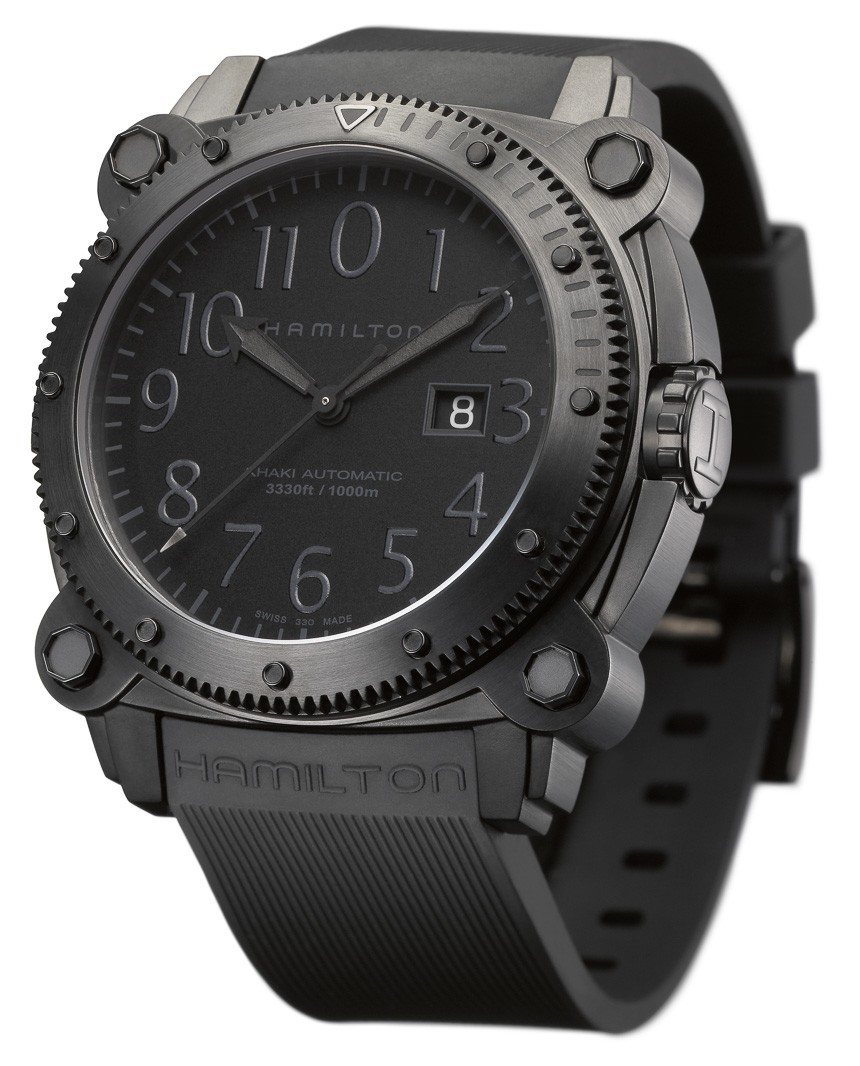 I hope that Matt Damon’s Mark Watney character wears the Hamilton Khaki Navy BelowZero (a bit better like that, right?) watch while trying to survive on Mars. If you aren’t familiar with the plot of The Martian, let me explain it to you. Basically, it’s Robinson Crusoe in space… on Mars (with, of course, all of Earth rallying for the rescue of one dude). There aren’t aliens or supernatural creatures. The real enemies for our hero are the cold realities of space, science, and the laws of physics. This is like the movie Interstellar, if an actual astronaut wrote it. Coincidentally, Hamilton watches play a pretty major role in the movie Interstellar.

So much of the plot in the book version of The Martian is Watney just trying to survive by using his wits, materials around him, and some super brilliant problem solving skills. Survivalist genre movies and shows are really popular, and in the scope of that category (without the addition of zombies), The Martian is an excellent “plausible” tale of near future survival on the planet Mars. So suffice it to say that I’m pretty stoked about seeing it. 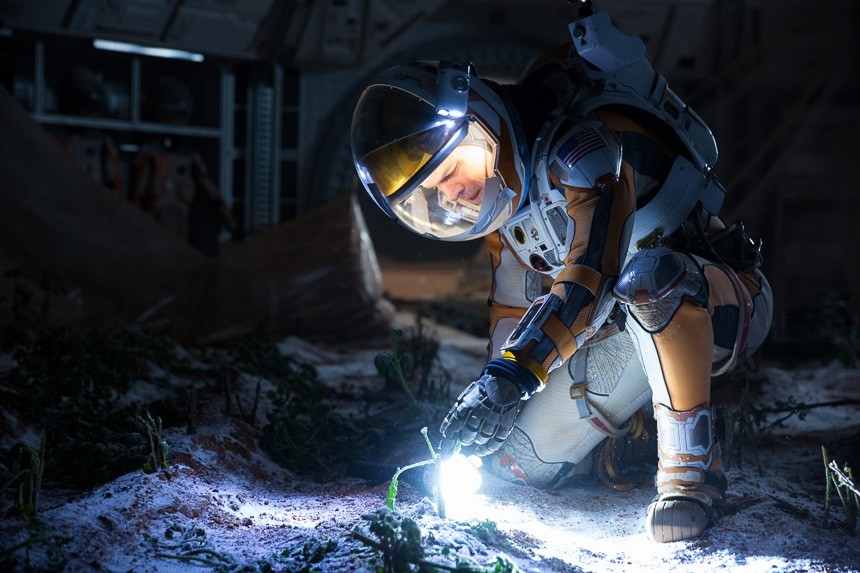 Apparently, there are other Hamilton watches in The Martian worn by a few other characters. That is typically the case with movies such as this when Hamilton makes an appearance – and at least a few other members of the cast wear Hamilton timepieces. The good news is that the watches tend to fit the character often rather well, and no doubt, continued participation in movies is very good for the Swiss brand. I’m sure that the Ridley Scott-directed space survival film with a intellectual twist is going to be really good… and I further hope to see some cool onscreen time with the Hamilton Khaki Navy BeLOWZERO on the wrist of Matt Damon as Mark Watney. If you don’t mind either way and want to be just like him, the Hamilton Khaki Navy BeLOWZERO is still available at a retail price of $1,845. hamiltonwatch.com