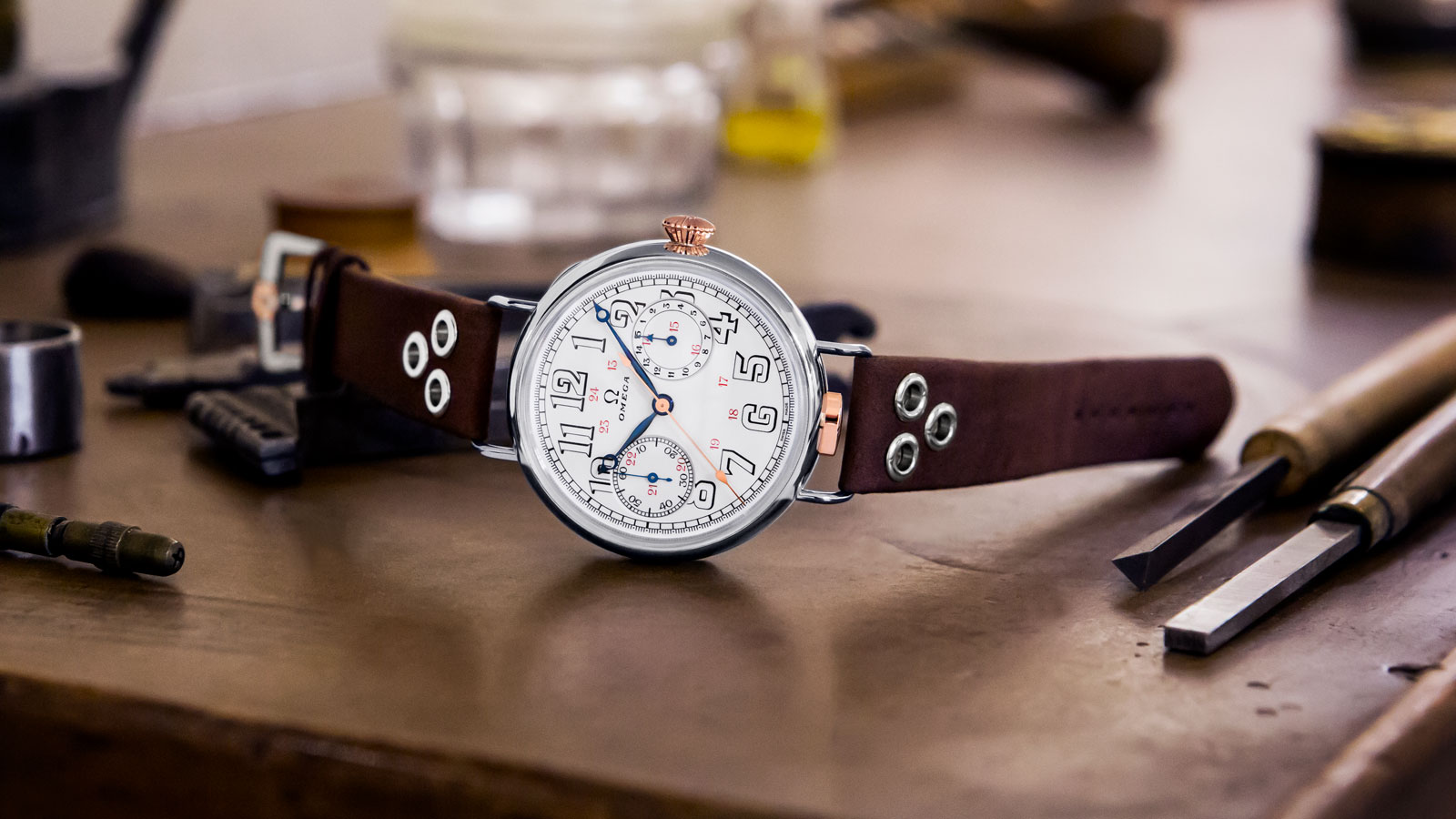 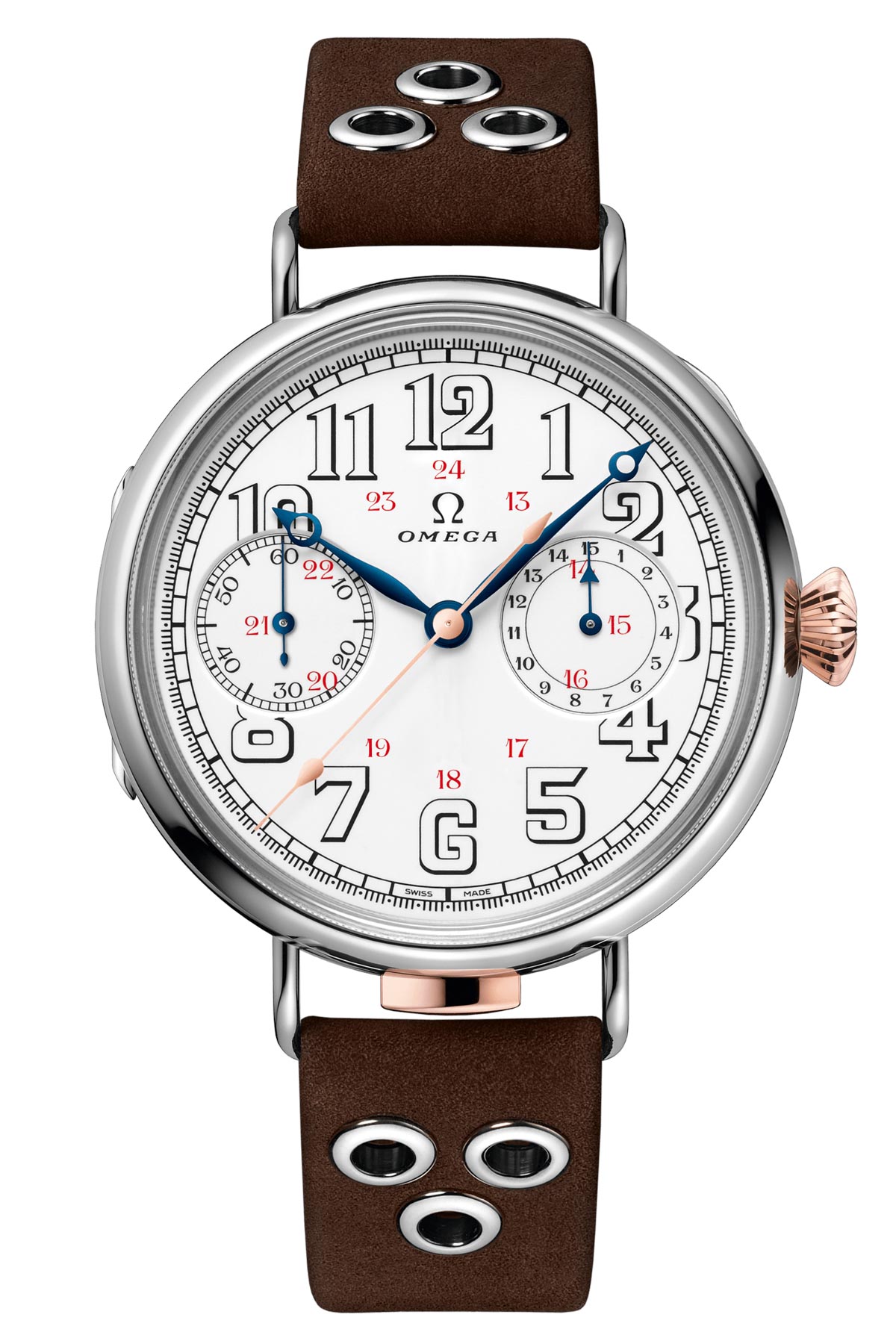 Omega just launched a new limited edition collection of 18 pieces with the “First Omega Wrist-Chronograph” reference 516.52.48.30.04.001. Unlike previous Omega watches that are totally new with a “vintage-inspired” aesthetic, the First Omega Wrist-Chronograph combines new and old parts including a very attractively restored Omega calibre 3018 (name given to these newly restored movements) that was originally produced in 1913. The movements are also known by their original name as the 18”’ CHRO calibers and by virtue of their age and condition will each look slightly different in each of the 18 pieces of the set. 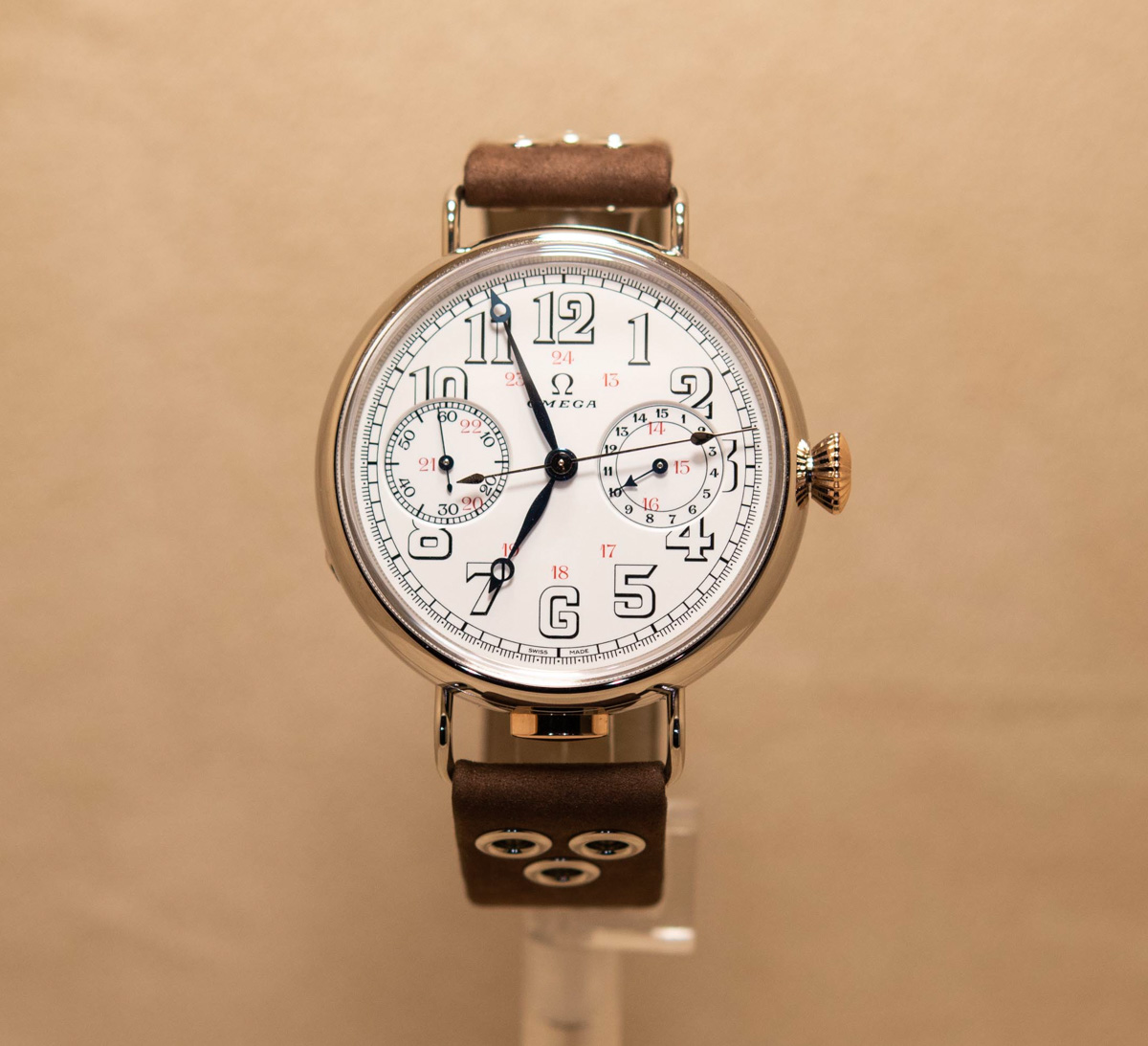 Upon debut at an event taking place in Omega’s own museum in Biel, Switzerland, the First Omega Wrist-Chronograph launch demonstrated the painstaking effort Omega undertook to bring each of the movements back to life in a case inspired by the very first wrist-worn chronograph produced by the brand. The 105 year old movements need replacement parts as well as copious amounts of refinishing and cleaning – as well as decoration, of course. Omega points out that in its opinion “each of the movements is unique” as a function of the refurbishment process. Omega actually refurbished the movements in their esteemed Omega Atelier Tourbillon department. This is a special area of Omega where a few master watchmakers are trained to make Omega’s tourbillon timepieces. The same team, as I understand it, is responsible for the 18”’ CHRO restoration project. 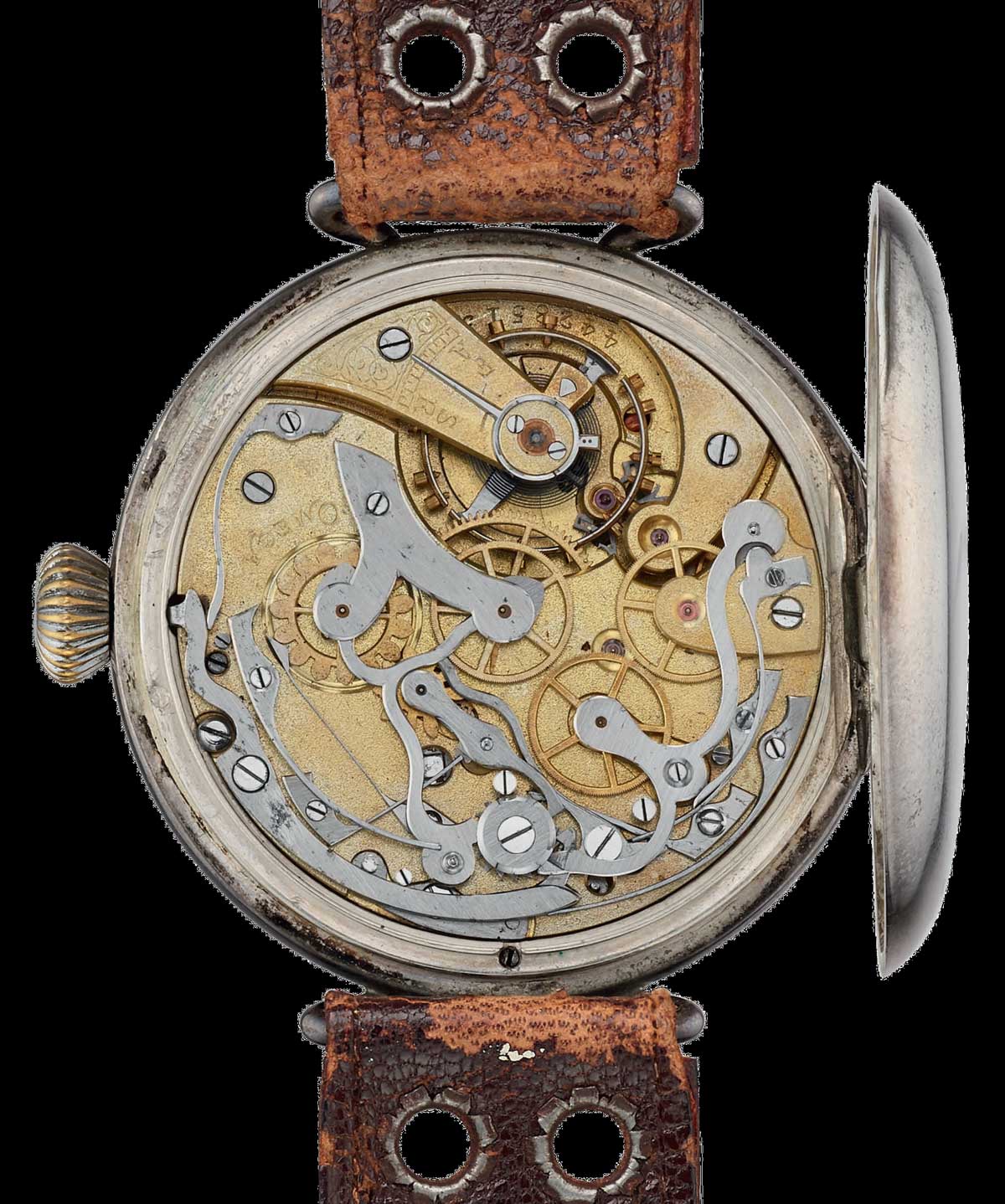 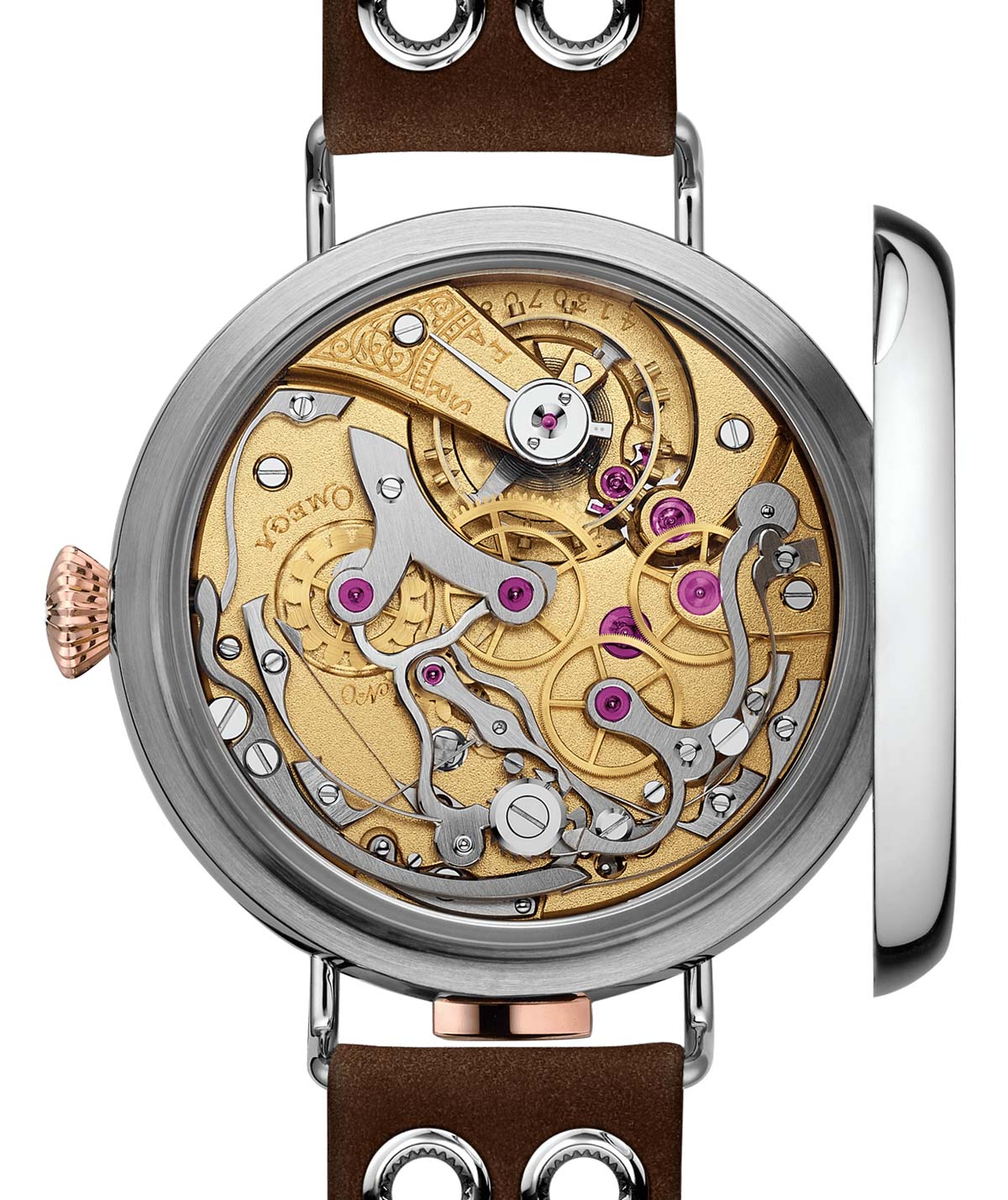 The 18”’ CHRO movement is manually-wound featuring the time and a 15-minute monopusher chronograph (pusher is located at 6 o’clock on the case). I believe the movement operates at 2.5Hz and has a power reserve of about 40 hours. In most all ways, these movements in their refurbished form are more attractive and probably better looking than they were originally over 100 years ago. Originally such a watch would have likely been used by a pilot, which makes sense given its aviator-style design. Similar dials have been seen on military pilot watches that became popular during World War I. 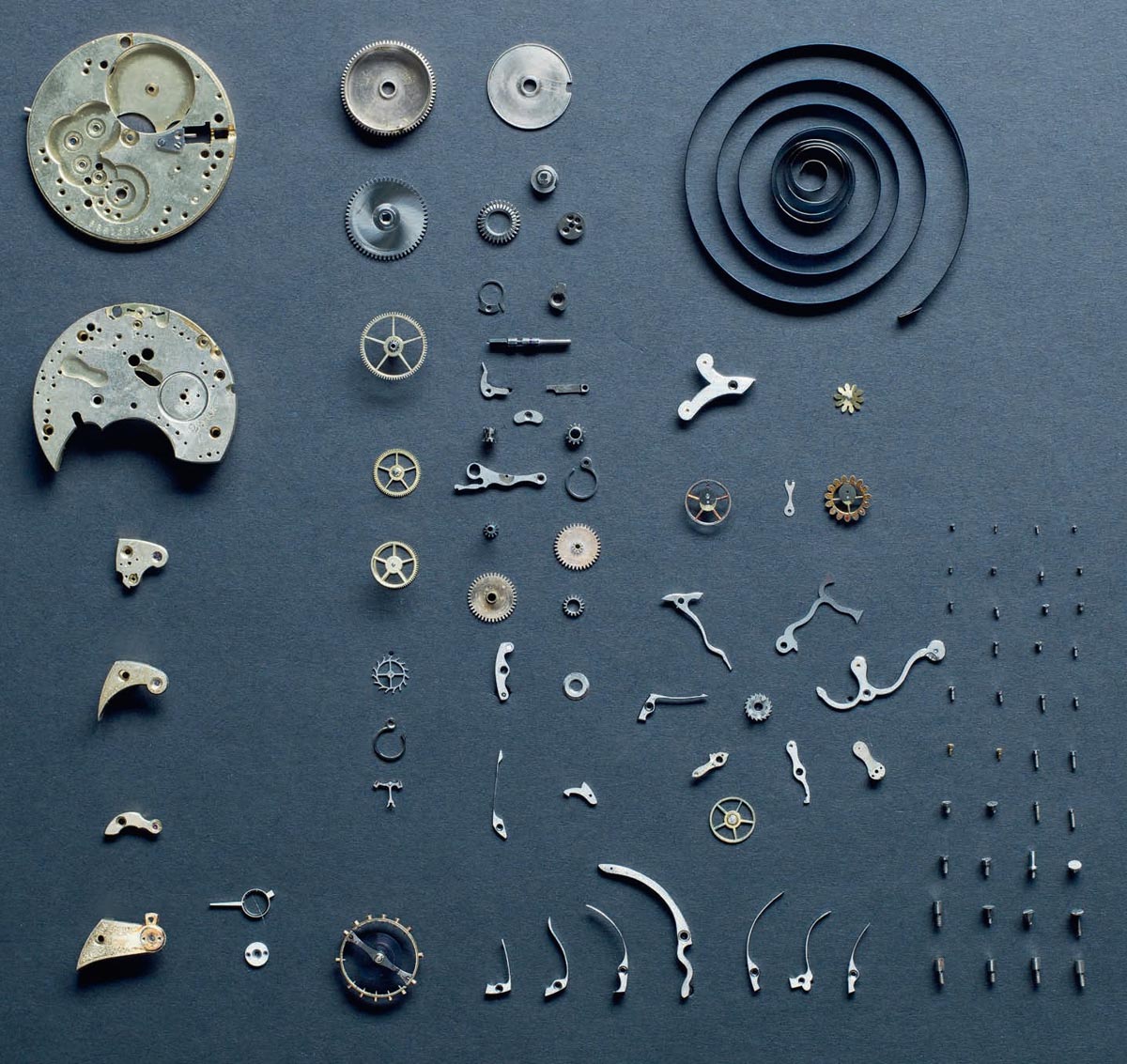 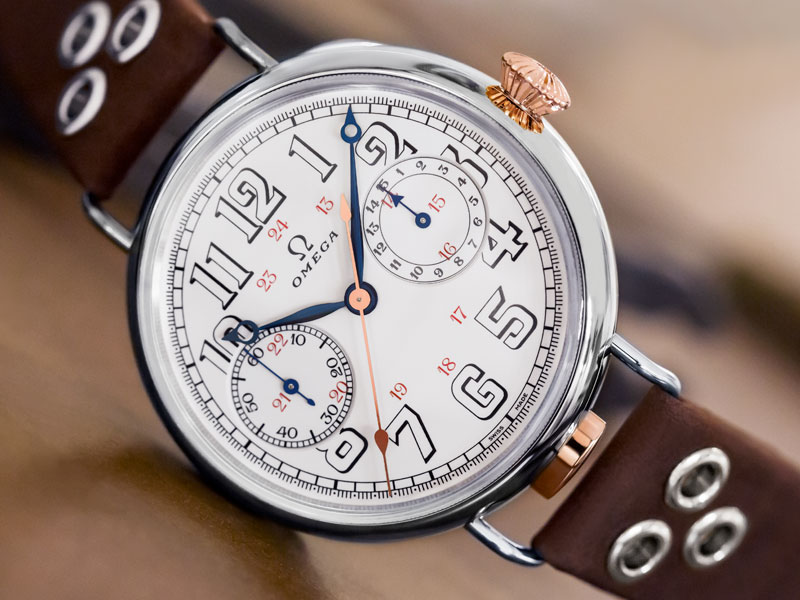 Each of the First Omega Wrist-Chronograph watches has a specially made grand-feu enamel dial inspired by the original model from the early 20th century. Blued-steel hands on a vintage sport-style dial make for a very attractive face for this piece. The case is 47.5mm wide (water-resistant to 30m) in 18k white gold with 18k Sedna (rose) gold for the crown and chronograph pusher. I found the “three porthole” style 20mm wide brown leather strap to be an eye-pleasing compliment to the design. Despite the large case size, the relatively minimized historic-style lugs allow for the watch to be quite wearable. Note the hunter-style caseback that opens to reveal a view of the movement inside of the case protected behind a sapphire crystal. 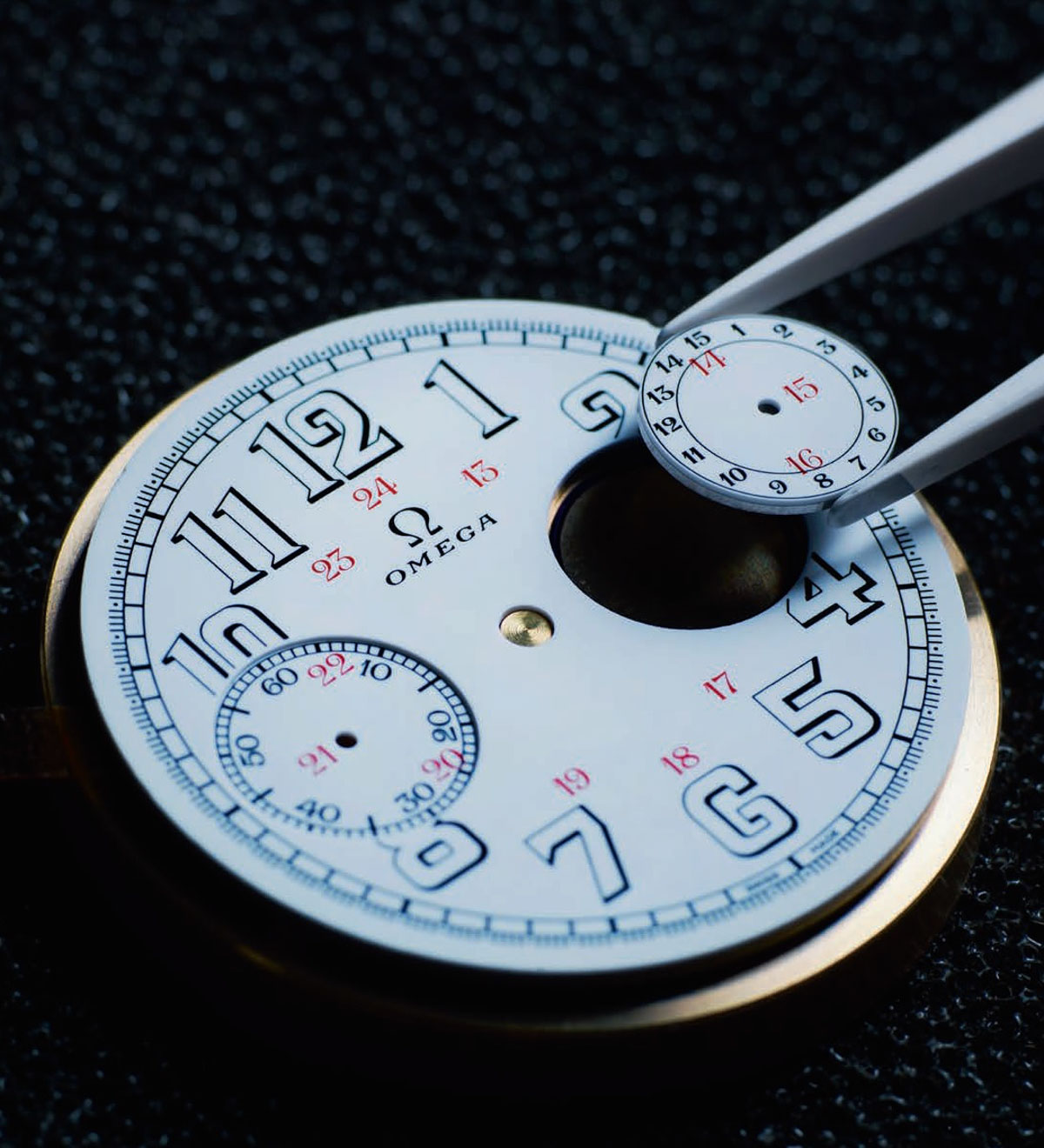 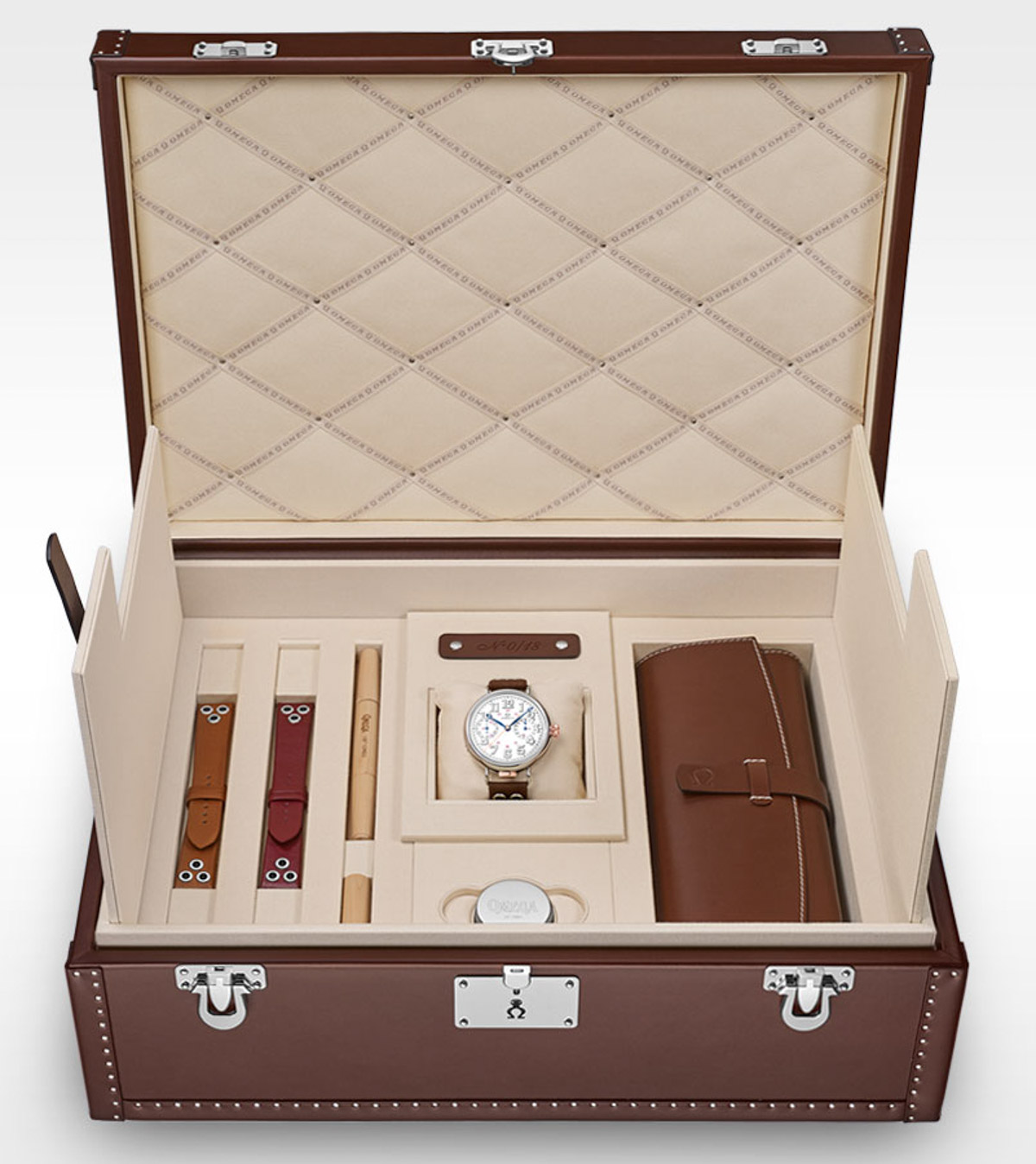 As is often the case, Omega went overboard with the presentation and packaging. Vintage era-appropriate Omega branding was used as well as a leather presentation box complete with tools and extra straps. Omega certainly knows how to present its limited edition models in a lovely and compelling manner. Price for the First Omega Wrist-Chronograph Limited Edition 18”’ CHRO reference 516.52.48.30.04.001 is 120,000 CHF and the watch is part of a limited set of 18 pieces. omegawatches.com