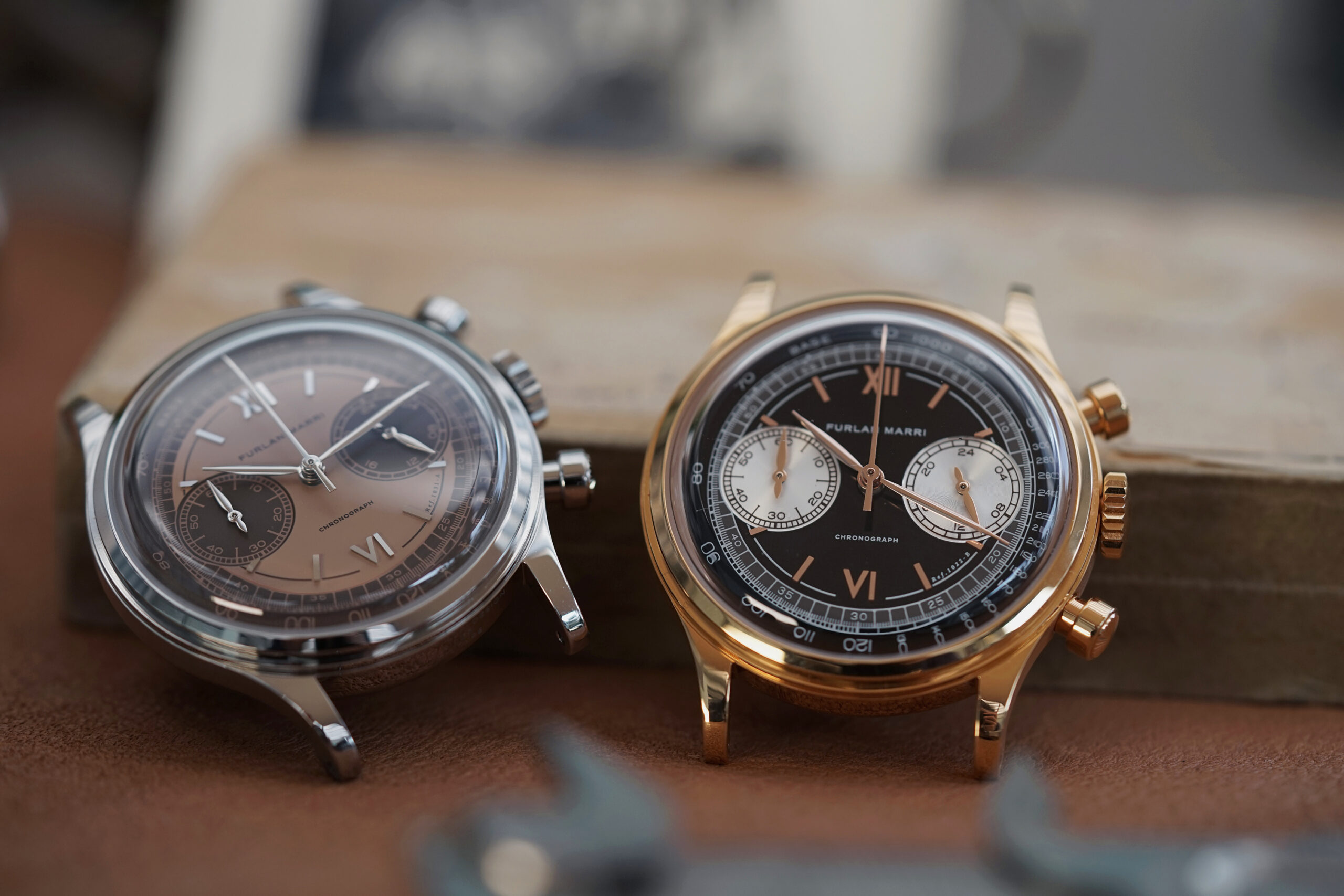 19 Comments
by SponsoredPost
Sponsored post presented on aBlogtoWatch by advertiser

The aptly named “Furlan Marri,” brainchild of Swiss industrial designer Andrea Furlan and Middle-Eastern artist/collector Hamad Al Marri, is a Geneva-based company born of respect and admiration for vintage aesthetics. Amidst the challenges of the pandemic and subsequent lockdown, Furlan and Al Marri seized the opportunity to collaborate and focus on the launch of their own line of classically styled and affordable timepieces. Utilizing experience gained from working as an intern with industry leaders such as Chopard and Hublot since the age of 15, Furlan gained notoriety as the designer of the Dominique Renaud million-dollar watch. As both entrepreneurs and enthusiasts, each of the co-founders can trace their horological passion back to the formative years of early childhood. In fact, the moniker of this newly formed brand is a testament to the support and influence of their respective families.

The concept of Furlan Marri is built upon the dream of what it may have been like to be involved in watchmaking a half-century ago, back when trails were blazed and designs were pioneered by craftspeople looking to make functional timepieces that would go on to accumulate decades of stories and history. The “form follows function” mentality that existed at the onset of watch design led to the creation of pieces that were as comfortable in a cockpit as they were at a glamorous gala. A modern take on heritage design means each element that goes into a Furlan Marri timepiece is meant to elicit the romance and nostalgia of the golden age while blending them with contemporary functionality. 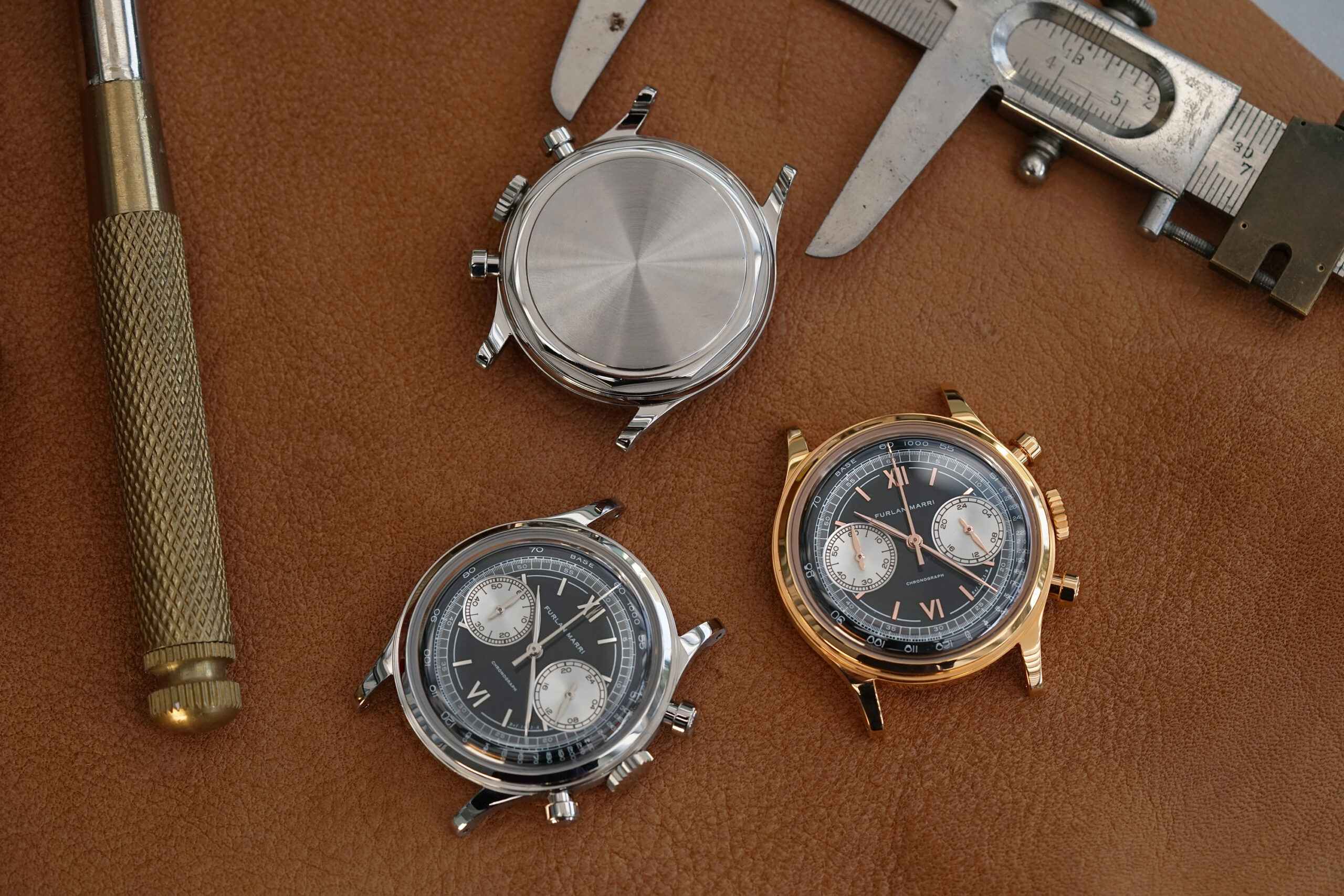 It is apropos that the first model lineup to be released by the brand draws heavy inspiration from the case design and styling of chronographs from the 1940s and 1950s. This flagship foray consists of five distinct meca-quartz-powered chronographs that will be available on Kickstarter. Prominent pushers and subtle detailing serve as a nod of reverence to the panache of a bygone era that, for many enthusiasts, represents the pinnacle of watch design. Of the five different iterations to be released, two will be available exclusively on Kickstarter. After the initial campaign has run its course, this exclusive duo will not be reproduced or made commercially available again. 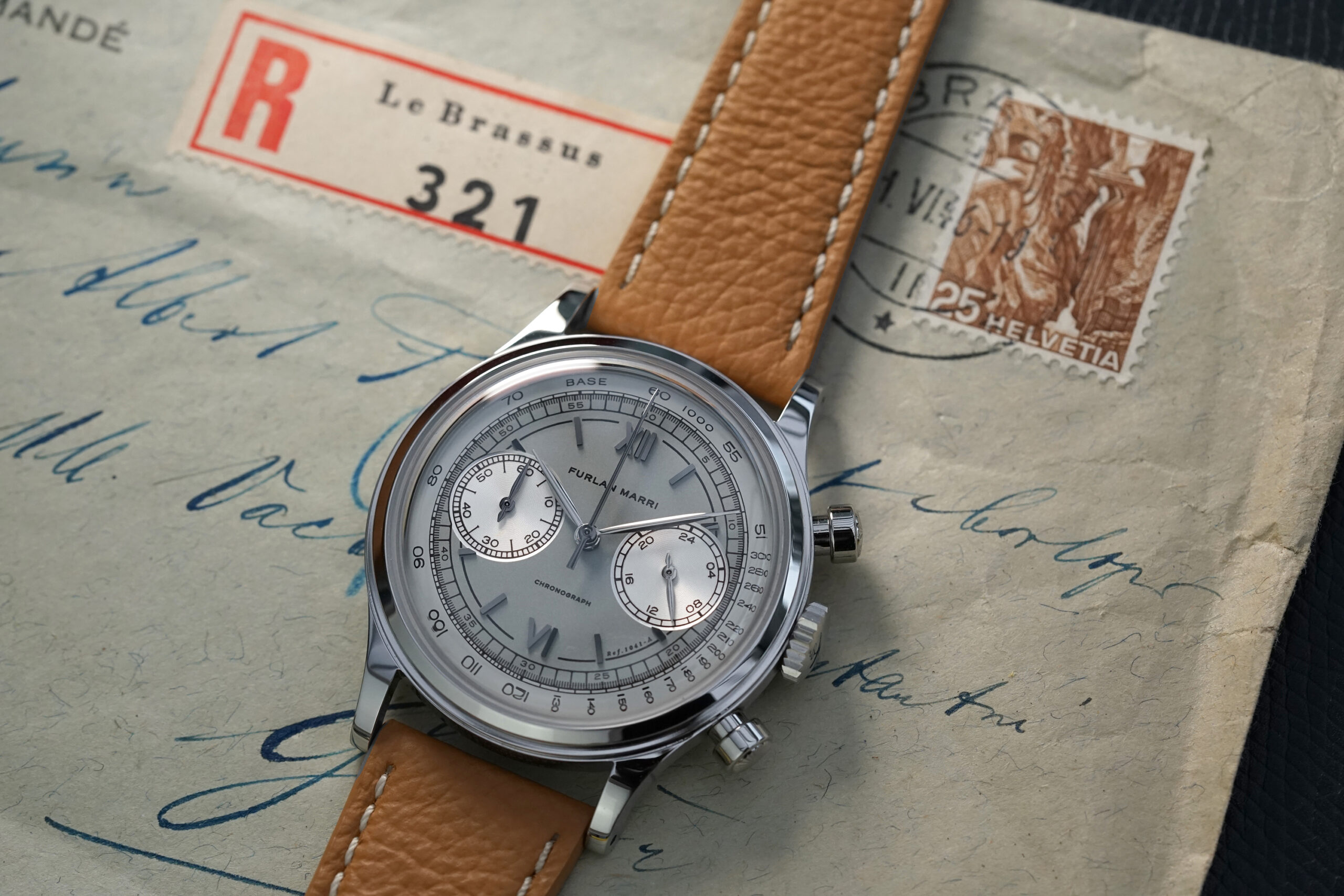 Each of these five chronographs features a 316L stainless steel case that measures 38mm in diameter and a svelte 11.3mm-thick, including the domed sapphire crystal. Featuring a combination of brushed and polished hand-applied finishes, each model has its own unique reference number along with the brand engraved on the case at 6 o’clock.  The pronounced pushers measure 5mm in diameter and feature a decorative sun pattern, sometimes referred to as “tasti tondi,” which is Italian for “round buttons.” The large chronograph pushers make for easy operation of the bicompax-style subdials, while also adding visually to the overall presence of the timepiece while on wrist. Powering these decidedly debonair devices is the Seiko VK64 meca-quartz, a robust and reliable movement capable of providing accurate timekeeping while offering a consumer-friendly price tag. 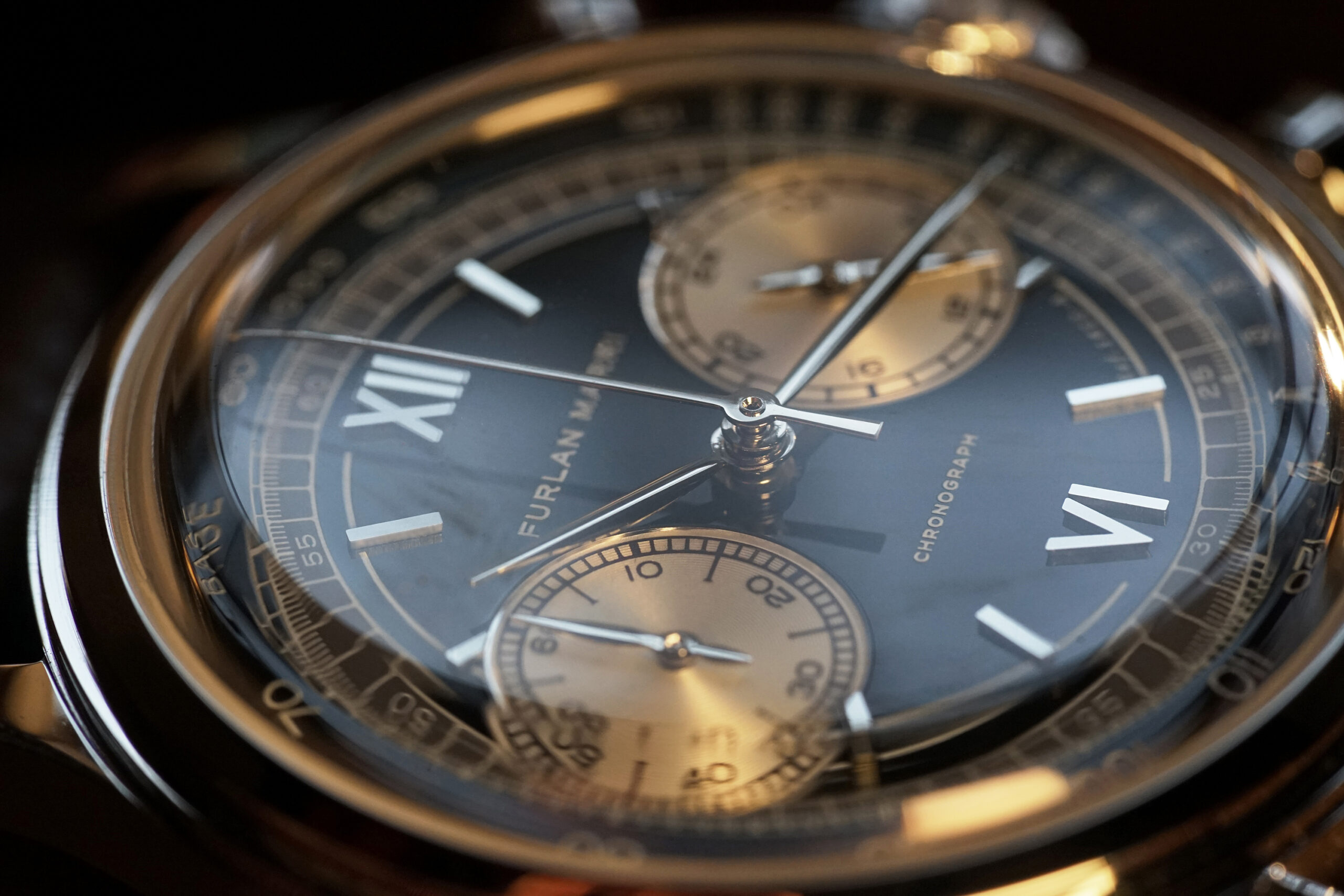 Beneath the sapphire crystal (which features an inner anti-reflective coating), each dial features dual registers. There is a 60-minute counter at 9 o’clock and a 24-hour display at 3 o’clock, along with an outer tachymeter scale circumnavigating the dial. Every distinct colorway utilizes diamond-cut and custom-tooled hands that are domed and curved to tie into the underlying theme of the respective timepiece. Furlan Marri’s chronographs are water-resistant to 50m, ensuring that they are more than capable of handling the inevitable rainfall that goes along with daily wear. Keeping perfectly in sync with the overall style of the chronograph, each piece comes on an Italian-grained calfskin leather or suede strap that tapers perfectly from the 20mm lugs to 16mm at the buckle. This, along with the drilled springbar holes, is a prime example of the amount of forethought and detail that Furlan Marri put into these timepieces.

While the dimensions and general layout of each reference are identical, the use of contrasting and complementary colors is what makes them all unique. The three options not specifically limited to the Kickstarter campaign are the “Laccato Nero,” “Tasti Tondi,” and “Mr. Grey.” Each features a highly legible dial that utilizes a typeface meant to mirror the functionality and uniqueness of the watch itself.  The “Laccato Nero” features a lacquered black dial and taupe accents, which are coupled with domed and curved steel hands. The “Mr. Grey,” however, is on a masterfully monochromatic mission to show that grey is the way, with a two-tone dial consisting of different shades of the nicely neutral namesake. The applied indices pop nicely due to their dark grey electroplating. The “Tasti Tondi” takes some cues from Mr. Grey but goes its own way with a cream and grey dial matched up with tempered blue steel hands. Each of these references carries a strong sense of antiquity into these modern times. 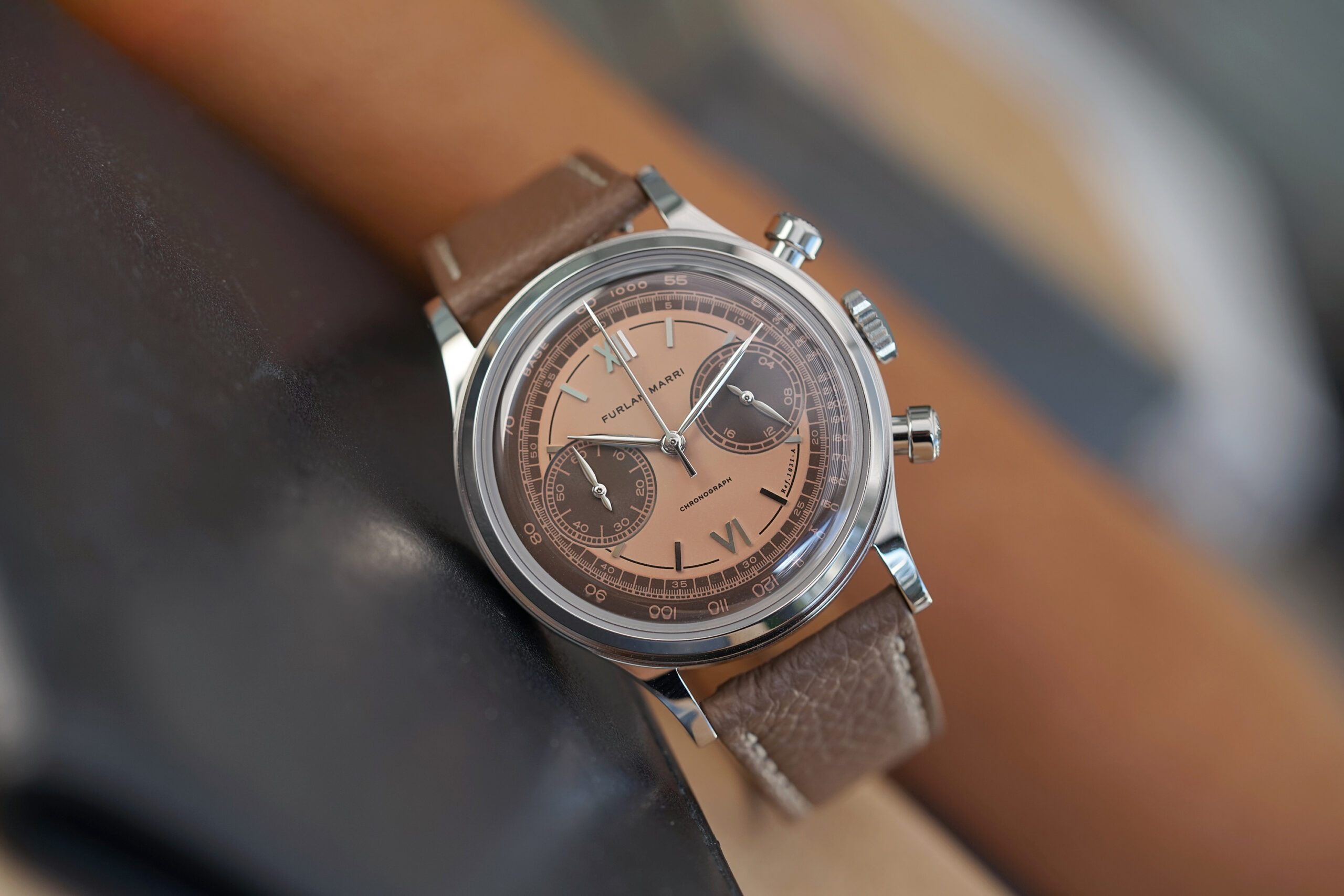 In addition to the three aforementioned models, there are two more avant-garde interpretations that will only be available during the Kickstarter campaign. They are not limited by volume, but rather by the defined duration of the crowdfunding endeavor. These two models are the “Farro” and “Havana Salmon.”  The “Farro” is the only member of the fab five to feature rose gold electroplating on the case, hands, and indices, which, when pitted against the black dial, proves exactly why it is a time-tested color combination. “Havana Salmon” is perhaps the standout of this group. It features a classic salmon and chocolate theme that is carried throughout the entirety of the watch, including the subdials. The sheer amount of diversity packed into this initial launch from Furlan Marri effectively ensures that there is a style for everyone. 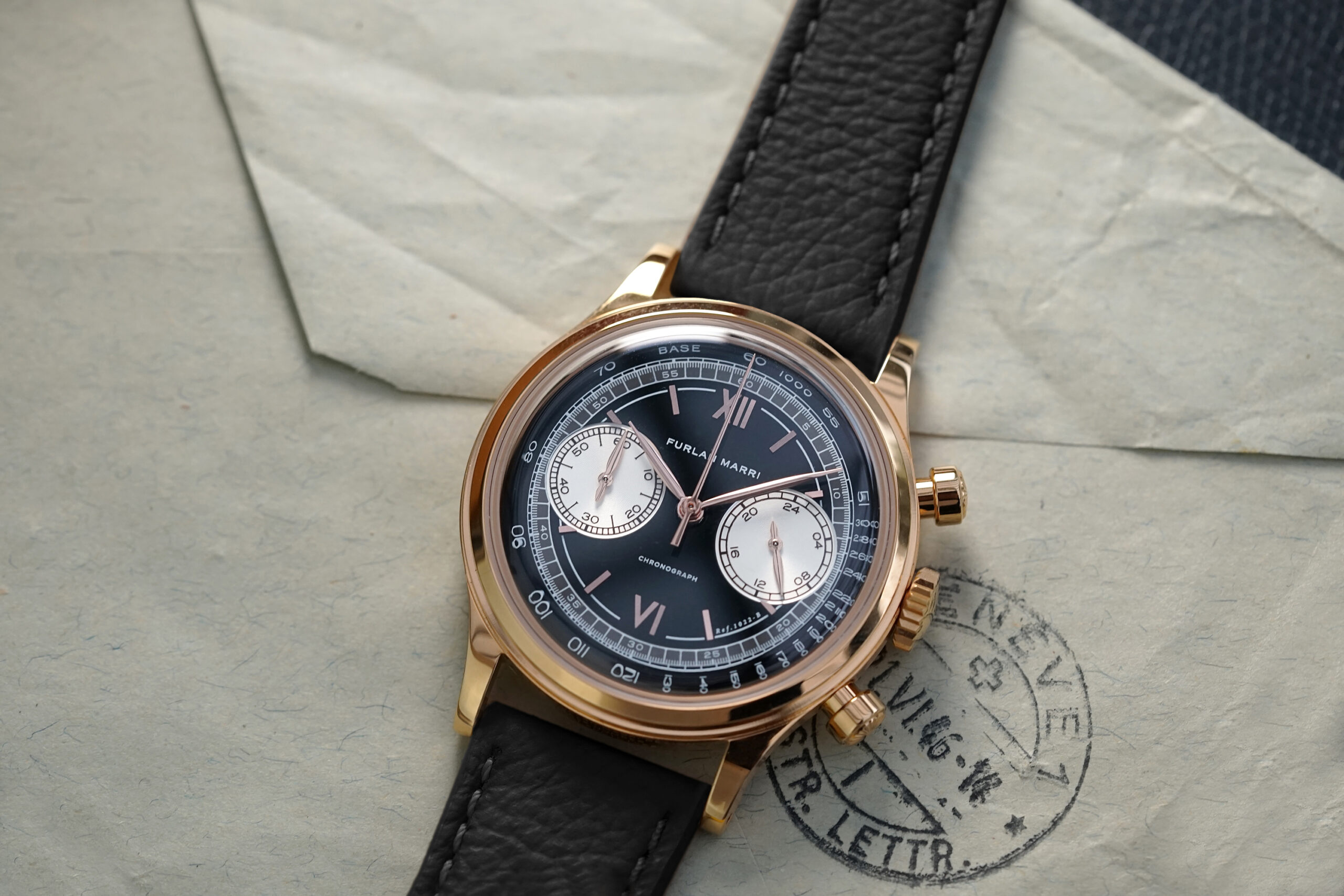 There is no denying that any initial foray into the watch world can be daunting for a microbrand, but the entrepreneurs at Furlan Marri have managed to create a truly exciting value proposition with this line of chronographs. For prices as low as $330 USD (which includes two straps, collector’s packaging, and a two-year warranty) for any single watch, this is a surefire way to get a handsome contemporary timepiece with the inherent vintage charm of a far more seasoned model. Check in here a few days before the highly anticipated March 10th release date of the Kickstarter campaign and prepare to experience the meticulous level of intricacy and thoughtful design that Furlan Marri brings to the table.