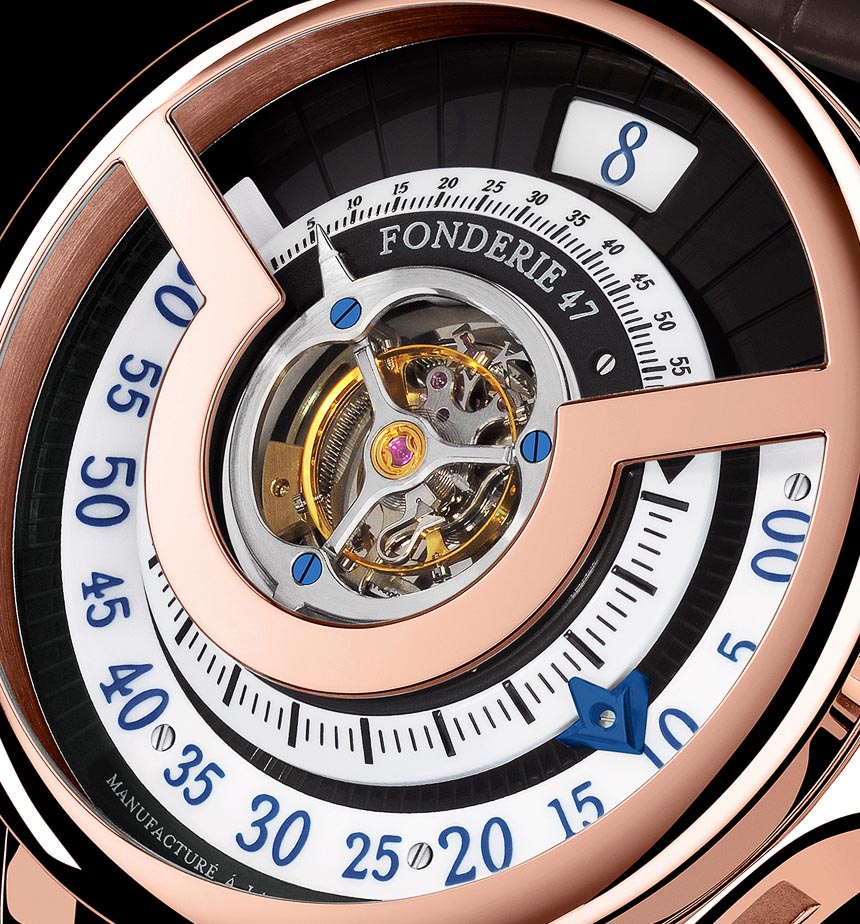 Fonderie 47, the company whose premise it was to use luxury product dollars to help clear Africa of AK-47 assault rifles released their first luxury watch, the Inversion Principle Tourbillon, in 2013. The mega-challenging timepiece was designed by Switzerland-based watch creator Adrian Glessing and produced by David Candaux, and focused on the idea of putting a series of retrograde indicators around a centrally-mounted tourbillon. The company began with a series of luxury jewelry products, but the ultimate goal was to have a watch collection to act as the face of the Fonderie 47 brand’s products – at least for men. 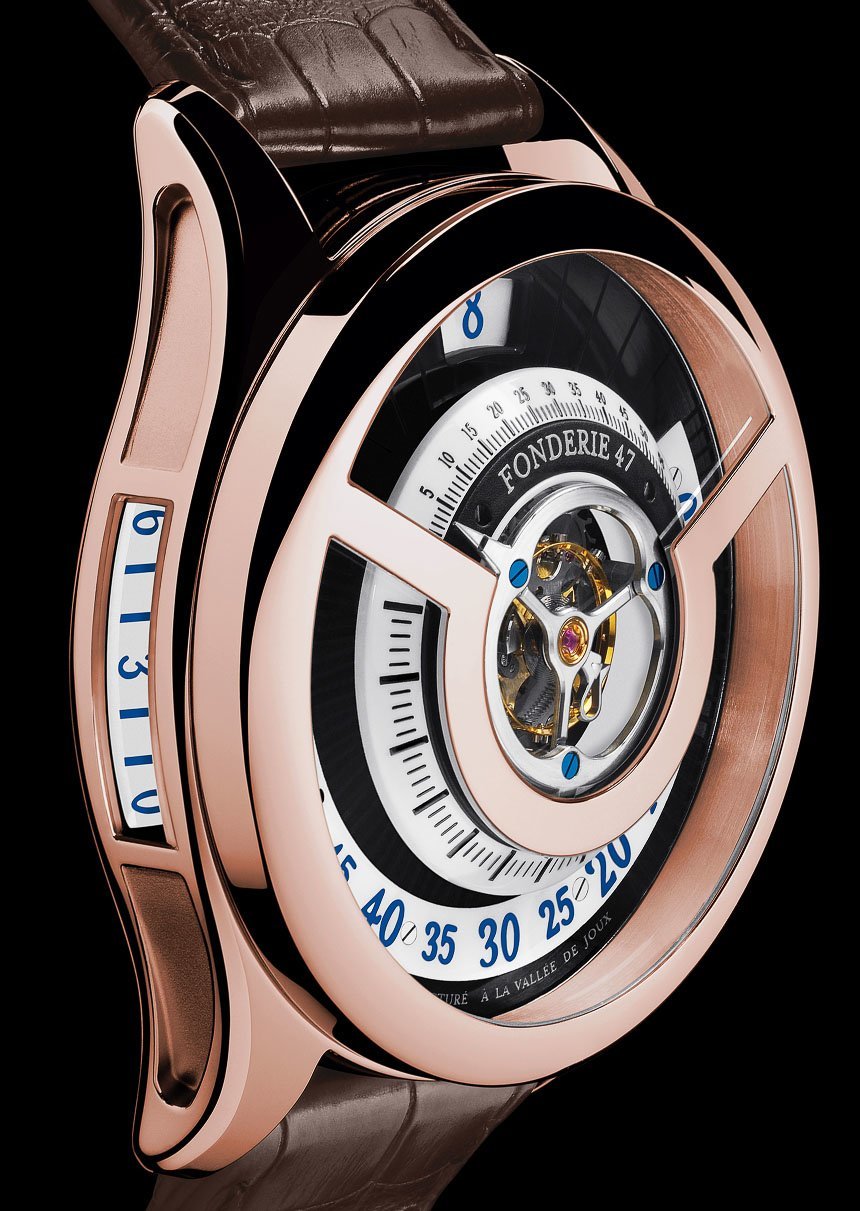 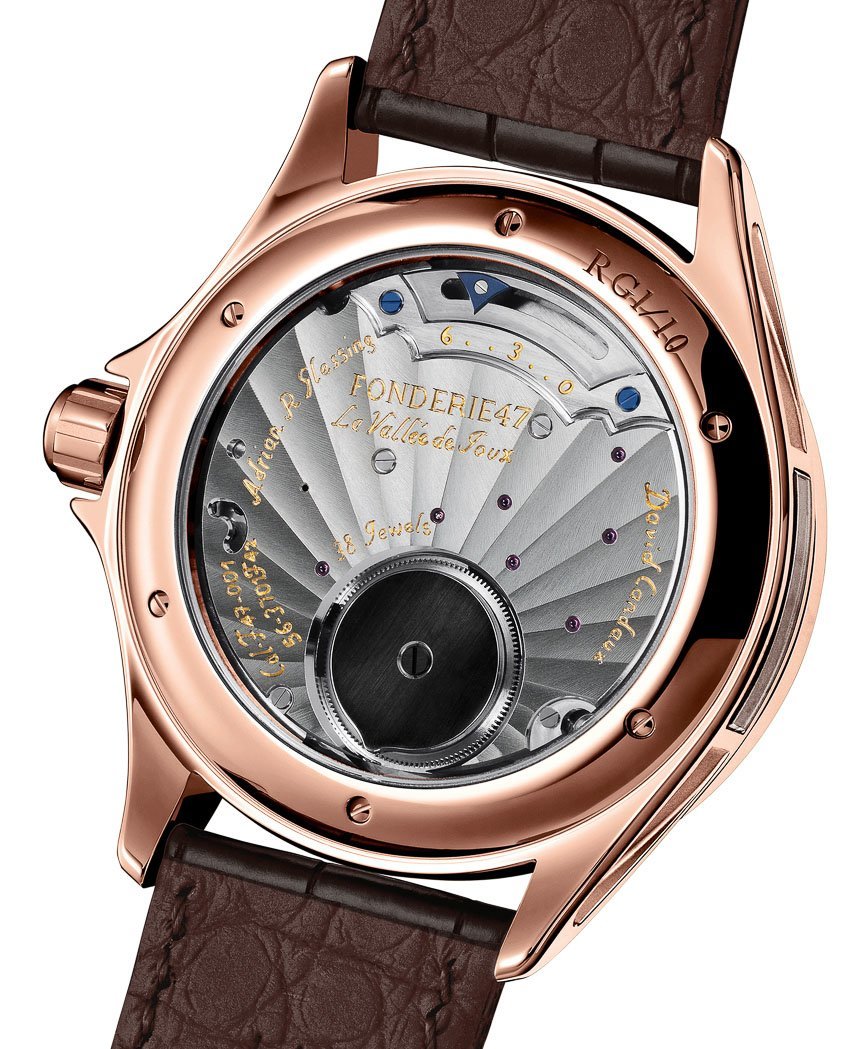 Thum turns the Fonderie 47 Inversion Principle Tourbillon watch over to its back and shows me the mainspring barrel which clearly has a different color metal used for its cap. “That is from the barrel of an AK-47. We melted down the metal and used it for parts like this.” Part of the promise of the Fonderie 47 brand is that each product they sold would have some element produced from parts recovered from destroyed guns. There it was on the back of the watch, and part of me wanted to see more of the movement, or even the case, produced from the recycled gun metal.

In person, the Fonderie 47 Inversion Principle Tourbillon is very impressive and beautiful. Reading it isn’t actually that difficult as it has a jumping hours indicator at the top of the case as well as a retrograde minutes hand. The three minute flying tourbillon has a three pronged hand, part of which is always running over the 60 second scale under the hour indicator window. The front sapphire crystal looks very unique as a piece of gold cuts the crystal in half in a shape the resembles an upside down omega character. The depth of the dial is further impressive, and overall what may look like a simple design offers a richly rewarding look on the wrist with its steady 42mm wide size. 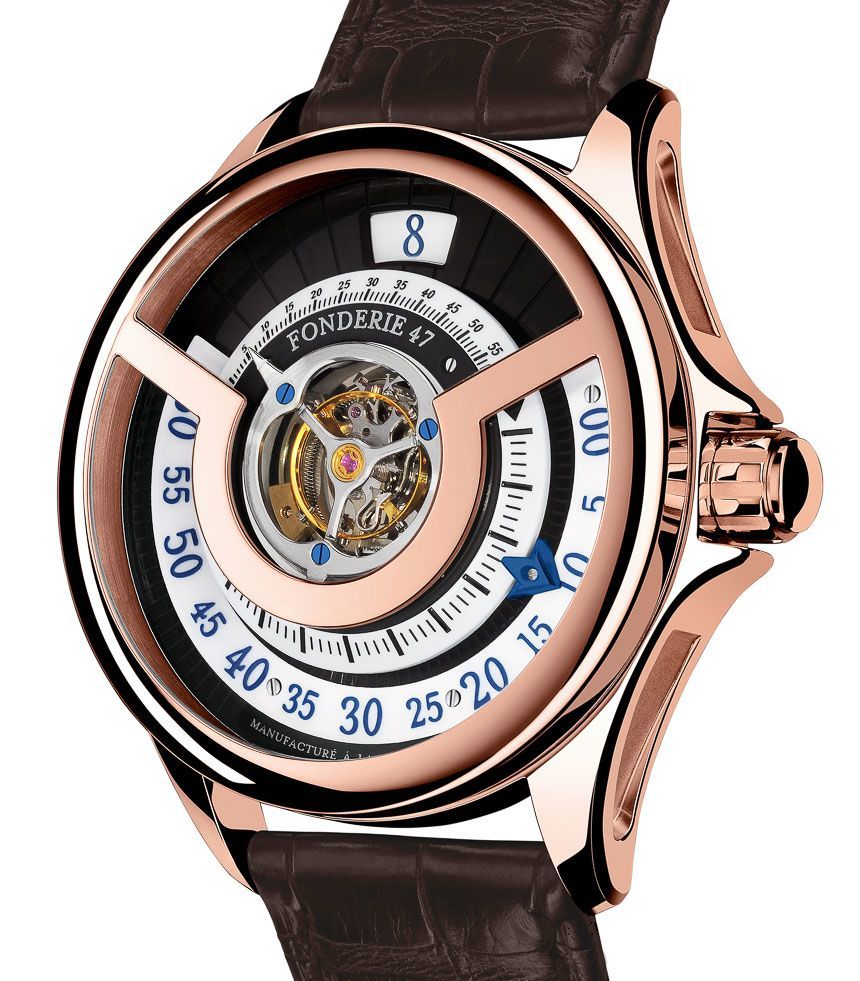 Manually wound, the caliber F47-001 movement operates at 18,000 bph and features a power reserve on the rear of the case. On the left side of the case is an interesting feature; a sapphire crystal window showing an hour disc as another means of telling the time from the side. On the movement, each Fonderie 47 Inversion Principle Tourbillon watch also has the serial number of a destroyed Ak-47.

Given that you have the cash to buy one of these, the theme of the brand is very romantic. These enterprising business people want to use luxury dollars to help rid Africa of guns (by buying them from locals). The actually philanthropic process uses a series of agencies as Fonderie 47 itself isn’t set up to have a placement in Africa to buy and ultimately destroy guns, but they seem pretty accountable. This of course is the main conversational part of the pitch, which then goes into the horological element of the discussion. Regardless of how effective the real outcome of removing guns is, the watches themselves are hard to debate. I look forward to being able to show hands-on pictures soon. I wasn’t able to take them during my meeting with Fonderie 47 given that the watch was still an unfinished prototype.

Perhaps the most interesting part of the story is that the price of the Fonderie 47 Inversion Principle Tourbillon watch has changed, and not in the way you might suspect. In 18k white gold the Fonderie 47 Inversion Principle Tourbillon watch was priced at $350,000, and in 18k red gold that price went down to $195,000. That isn’t an insignificant amount, so what happened? Thum was very straight-forward about it and indicated that the initial price factored in the margin retailers would want to help sell the watch (something that isn’t uncommon at all). Fonderie 47 has decided to work directly with its clients and cut out retail partners, so the price simply went down to what they wanted to charge and make a reasonable profit from. That simple. fonderie47.com 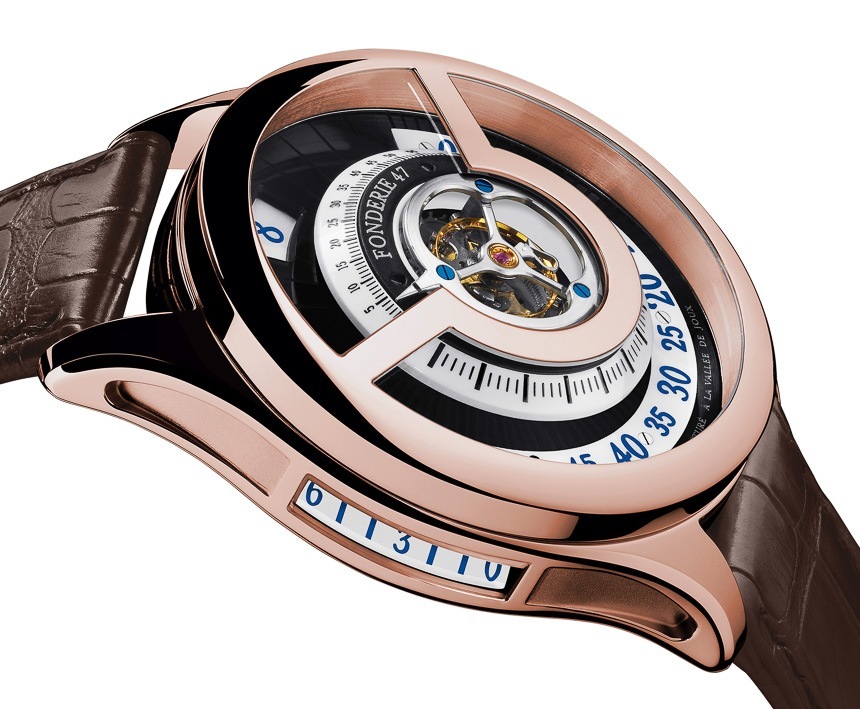