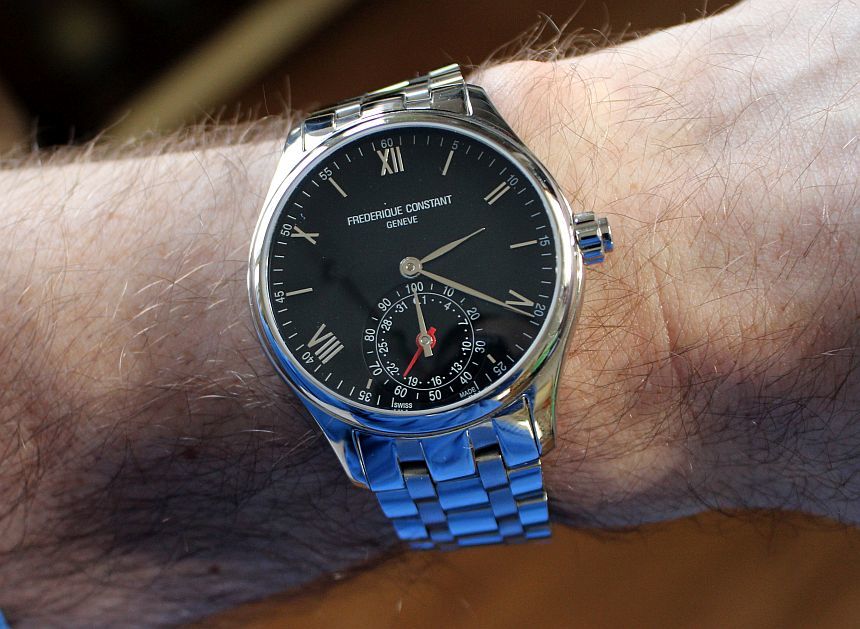 One day, we are going to look back and not consider it an oddity that the Swiss luxury brands have smart watches that go up against the capabilities offered by those coming from technology companies. For now, though, the field is decidedly more narrow. One of the first luxury brands to offer a smartwatch was Frédérique Constant, made possible through a partnership that enables the platform (Ariel wrote more about that here). Since its introduction, we have been spending time with the Frédérique Constant Horological Smartwatch, and can now give you our full take on the watch. 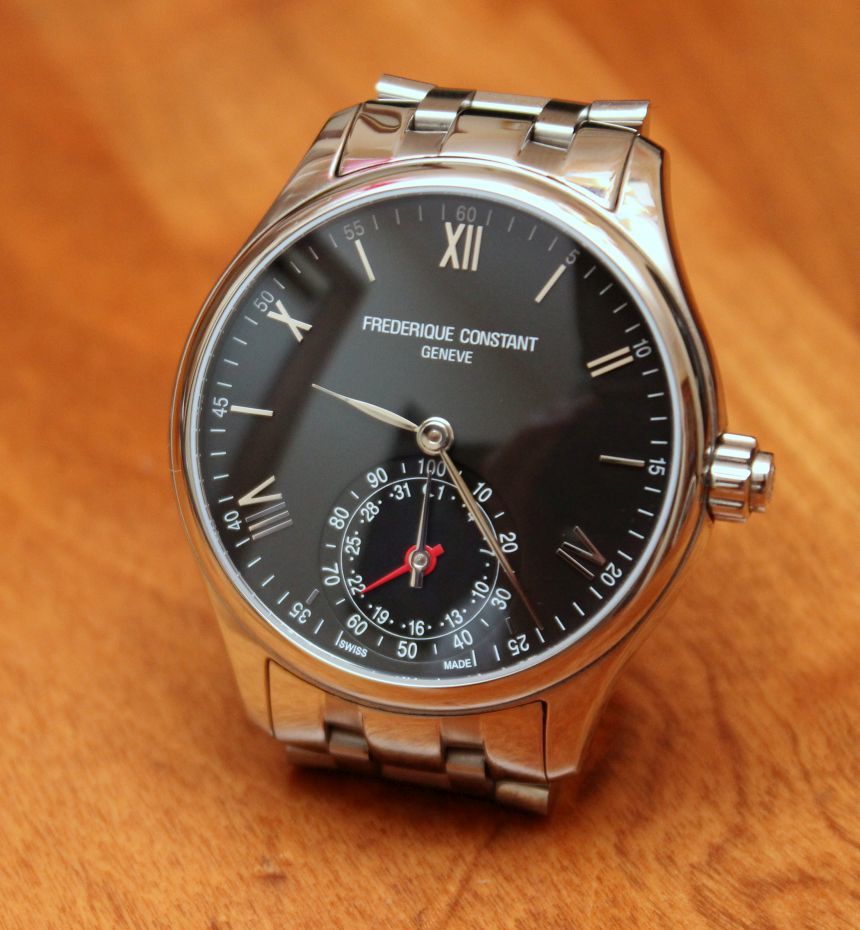 As far as smartwatches go, the Frédérique Constant Horological Smartwatch is very much the brand dipping its toes into the water, rather than diving in head first. I frame it this way because the functionality that is embedded in the watch is a bit more limited than those who have been playing with Apple and Android Wear watches might expect. Really, the best way to think about the Frédérique Constant Horological Smartwatch is that it is a classically designed luxury Swiss watch that has a Fitbit built into it. 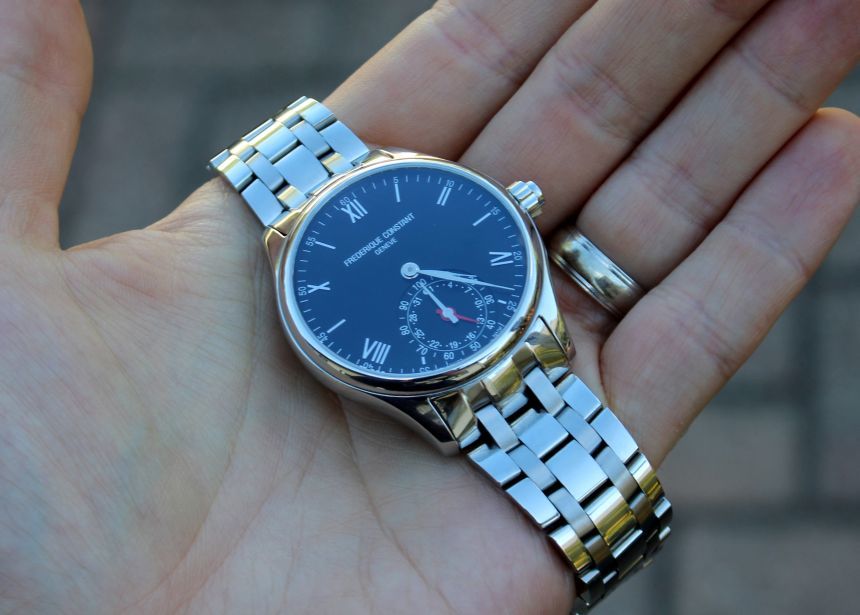 Yes, the Frédérique Constant Horological Smartwatch does offer a bluetooth connection to your phone, but that is not used to get data from the phone to the watch (well, other than the time, but more on that in a bit). Instead, it is used to push the data (either steps taken or sleep records) from the watch to the phone. Limiting it this way – and keeping the sync to a manually engaged affair – allows the Frédérique Constant Horological Smartwatch to run on a standard battery, and not require constant recharging. That is a major benefit, especially for those who might prefer a quartz watch’s ability to “set it and forget it,” with the watch always running and having the accurate time. 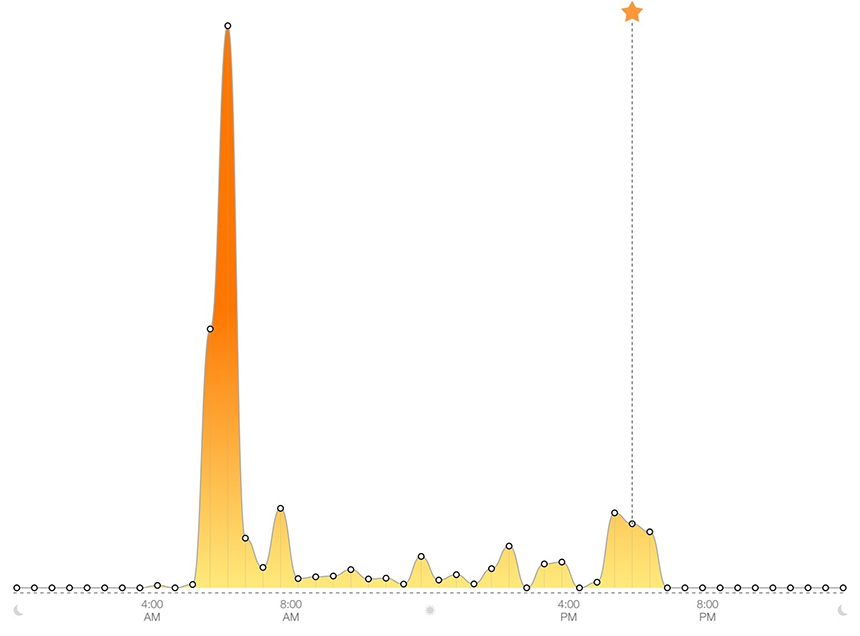 Since I mentioned a Fitbit, let’s talk a little bit about how the Frédérique Constant Horological Smartwatch stacks up to a Fitbit (as that is the tracker I regularly carry). They are comparable in that they both track steps and sleep patterns (though the Fitbit One offers additional things like stairs climbed and silent alarms). When I compared the records out of both, they were fairly close to each other. That is something I have noticed as I’ve been comparing the various fitness measures from different devices: none of them are identical, but they are reasonably close to one another. What this means is that, for the vast majority of us, these devices will be directionally (if not absolutely) accurate for what we are looking for out of them. 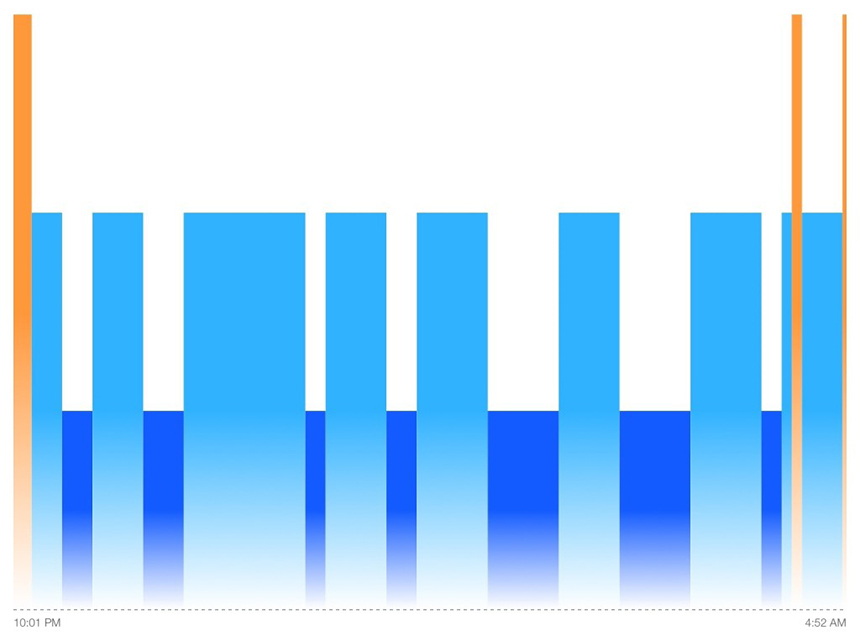 That is the other part of the equation – how you read the data coming from the Frédérique Constant Horological Smartwatch. As you might surmise, there is an accompanying app (from MotionX) that pulls the data out and displays the information, just like any other smartwatch or fitness tracker. That is where the extract stops, however – you can only see the data on your phone. I have become a bit spoiled, perhaps, by having the ability to see my data from the computer (not just via an app), and have become accustomed to being able to get disparate trackers to consolidate data into a single place. Perhaps, that consolidation is not as important, but keeping the data stuck on the phone is a little more of a stumbling block for me. Aside from not being able to see trends and the like on a bigger screen, it means that there is no backup in place. If the data file on your phone corrupts or is otherwise deleted, you have lost that history. The good news is that something like that would be relatively easy for the platform to add in to the app; hopefully, they’ll enable it to sync into established dashboards from other companies.

You can use the app to do some other interesting things with the Frédérique Constant Horological Smartwatch, as well. For starters, you set the time and date on the watch via the app. What looks to be a crown on the watch is actually a pusher; by default, then, any setting has to be done via the app. Past that, there are some other interesting capabilities. For example, you can enable a worldtimer (aka second timezone) feature. In the app, you select the city you are interested in, and then, via a triple-press on the crown, you will get about a 3-second check of the time in that second time zone. You also use the app to set alarms (only audible, not silent) for the watch, as well as reminders to get up and move. If you want to track steps from a specific activity (say, heading out for a run), you will need to use the stopwatch function in the app to denote the start and end of the activity, and catalog things that way. Perhaps not as intuitive for activity tracking, but you are limited by the form-factor a bit. 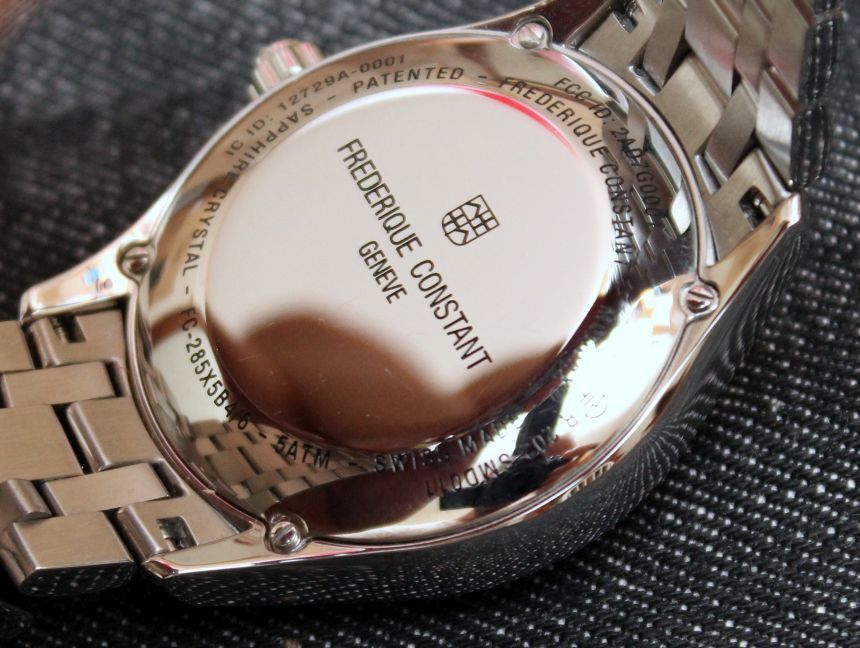 Speaking of form-factor, that is really where the Frédérique Constant Horological Smartwatch sets itself apart from the market of fitness trackers. Basically, if you did not know any better, this watch would look like a regular watch from the brand’s Classics lineup. In other words, this is an activity tracker that really just looks like a dressier analog watch. Frankly, I think that is the niche for the Frédérique Constant Horological Smartwatch. It is for people who like the classic look of a watch, and do not want to have another device on their wrist that is decidedly a gadget. With this platform, they get a classically styled watch that gives you the basic information (time and date), and packs in the extra tracking.