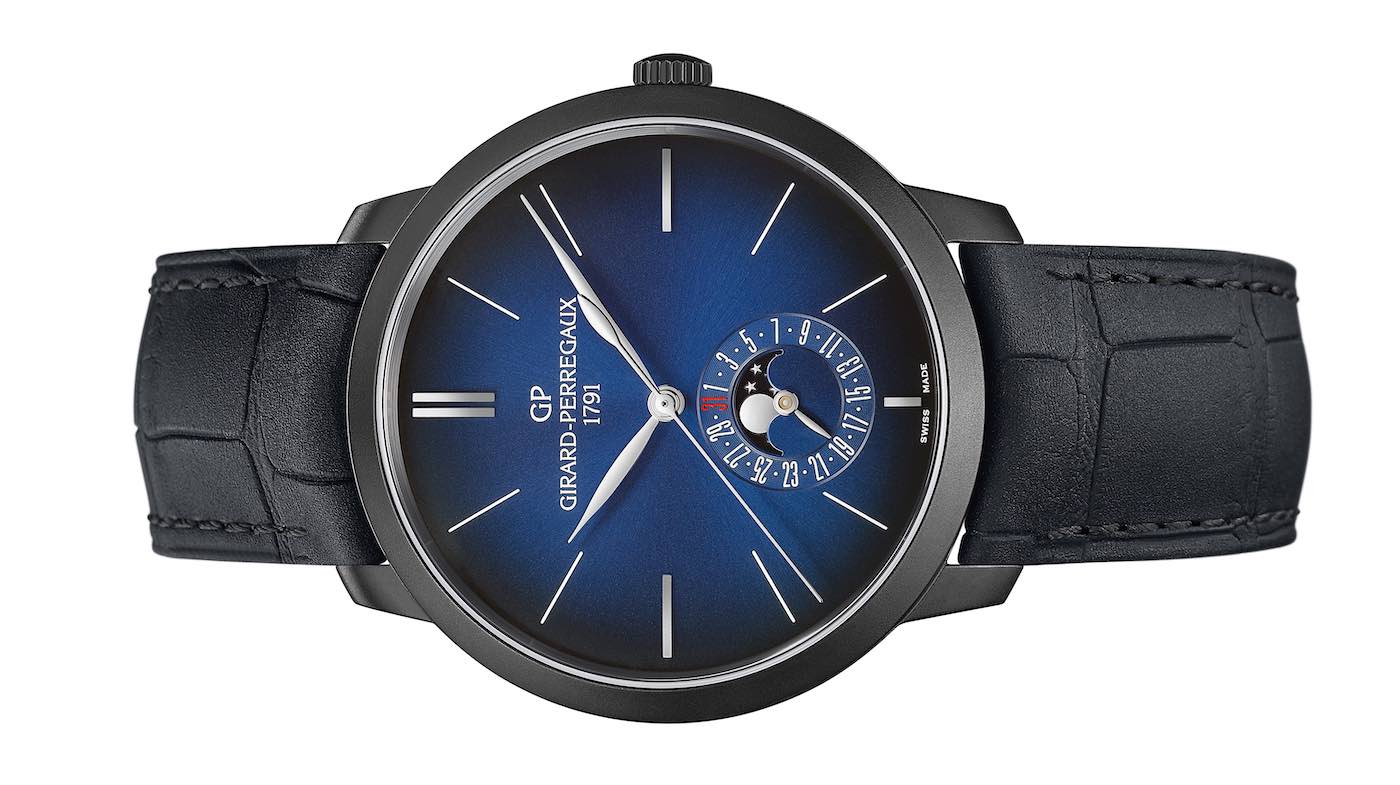 With its latest release, Girard-Perregaux continues the “Earth to Sky” theme the brand kicked-off at SIHH. The newest watch in the series, the Girard-Perregaux 1966 Blue Moon, boasts an elegant blue degradé dial, that fades from black to a rich royal in the center. Surrounding the focal point of this watch is an elegantly sized 40mm stainless steel case that has been micro-blasted and coated with DLC. Topped with an anti-reflective sapphire crystal, this watch — ref. 49545-11-432-BH6A — displays the hours, minutes, central seconds, date, and moon-phase display, which is located at 6 o’clock. 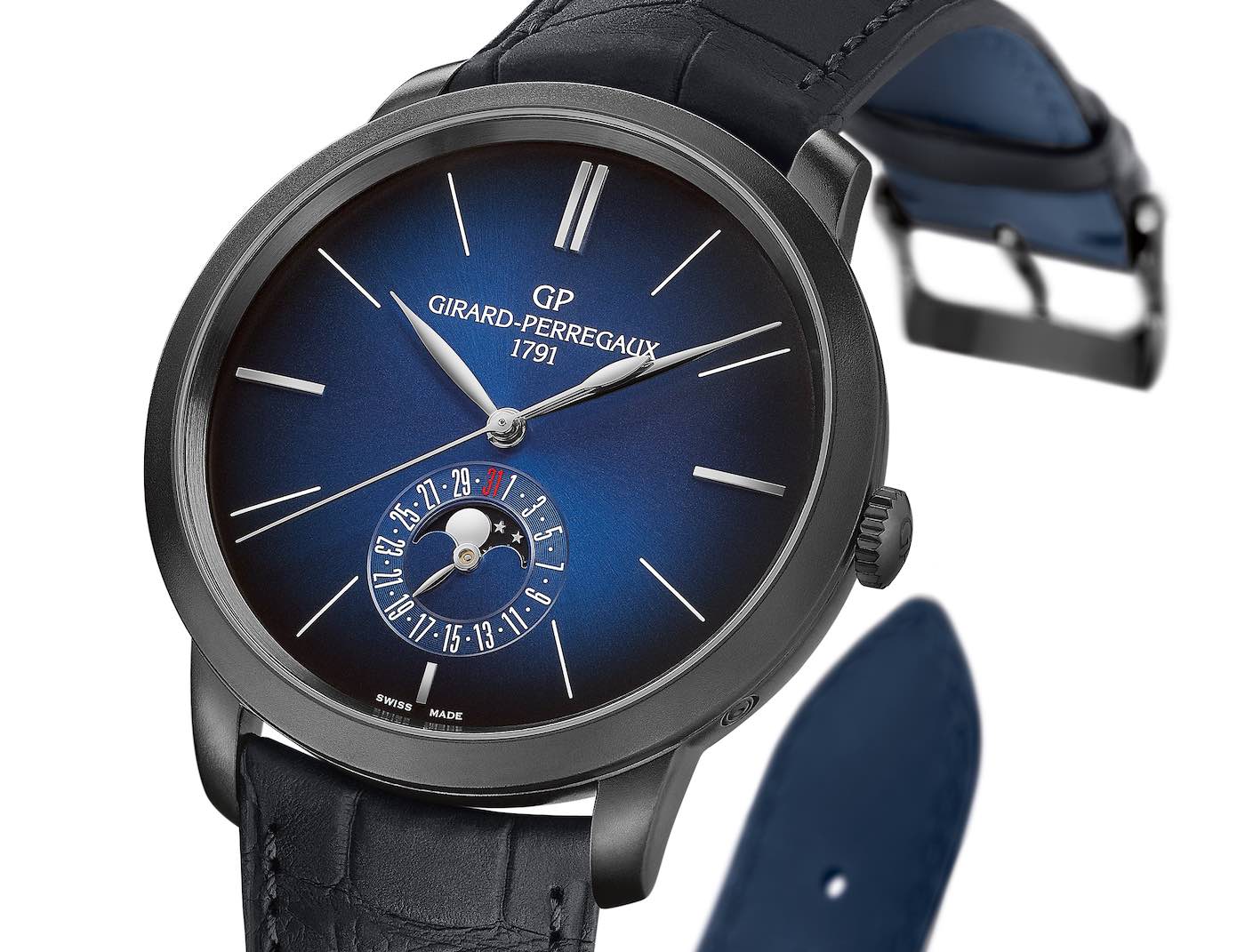 The movement that powers the Girard-Perregaux 1966 Blue Moon is visible through a metallic sapphire crystal caseback. Caliber GP03300-0115 is comprised of 276 components (27 of which are jewels), features automatic winding (despite being just 4.8mm-thick), has an operating frequency of 28,800vph and a power reserve of 46 hours. While that’s not a mammoth power reserve, it is quite a strong performance from such a slim movement and high train count (vph). 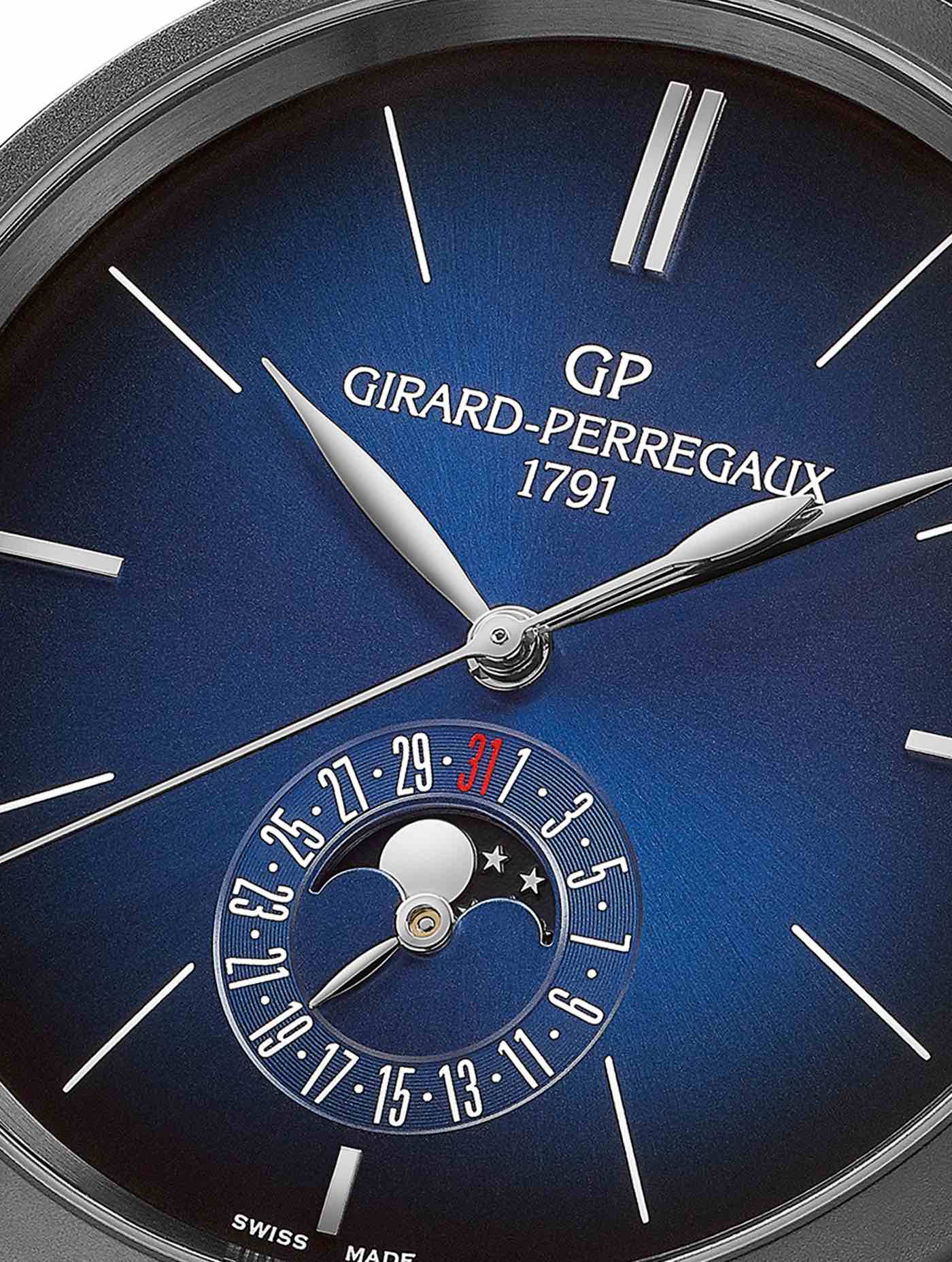 It was essential for the story of the Girard-Perregaux 1966 Blue Moon that this iteration was at least 28,800vph, as it is an homage to the brand’s first high-beat movement from 1966. These days, 28,800vph is regarded as the industry standard, but in 1966 it was yet to become so common. That made Girard-Perregaux’s release of a 36,000vph in that year all the more remarkable. 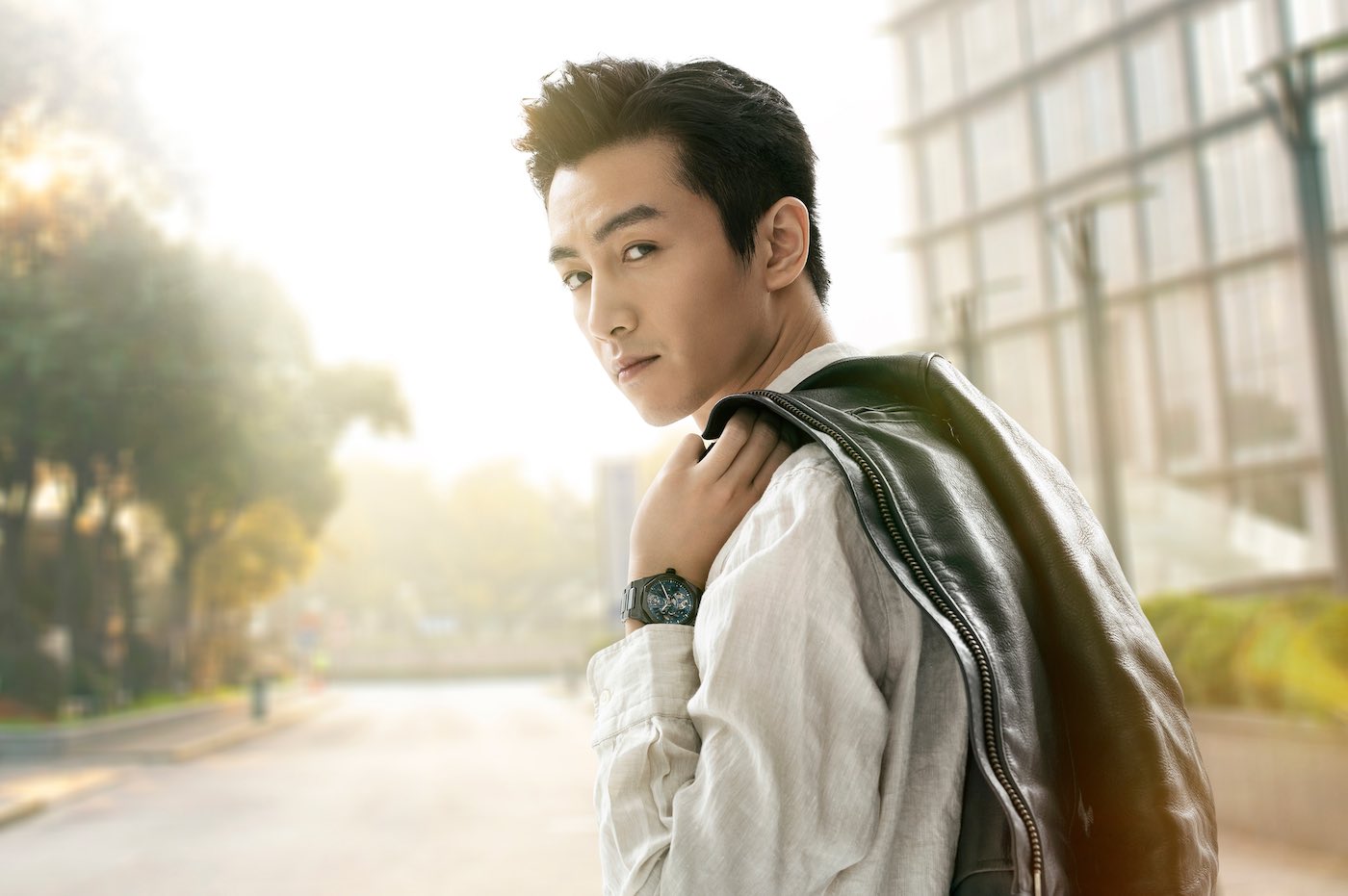 And as an extra cause for celebration, Girard-Perregaux has brought on board a new ambassador for China. As the brand appreciates that creating a watch is no longer just about the product, but also about the associations one can forge with it, Girard-Perregaux has approached famous Chinese actor Chen Xiao, as it believes he channels meaning and emotions through his performances in the way the brand does with watch design. 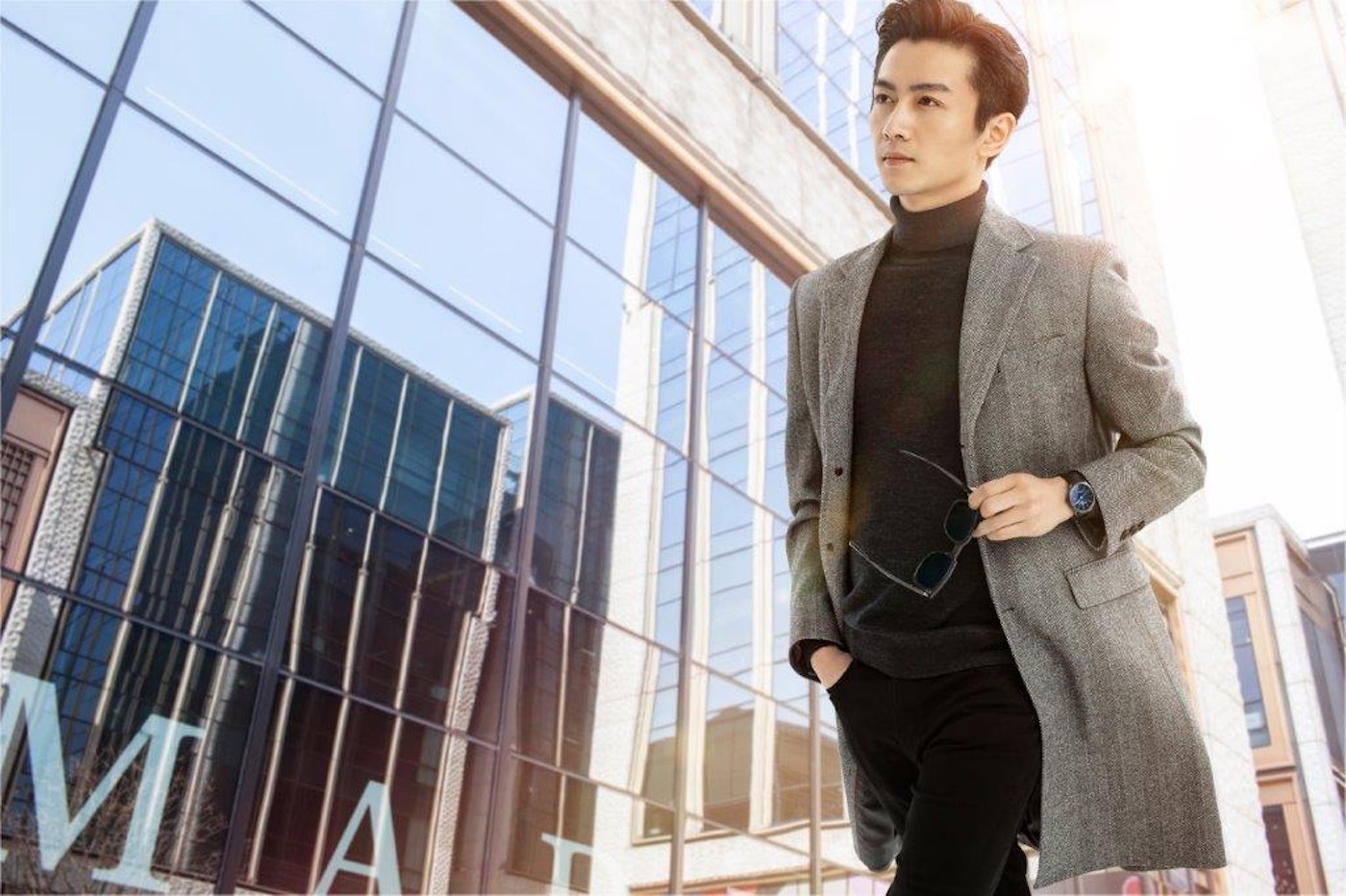 Chen Xiao began his acting career in the TV series Our Class Song before earning entry to the Central Drama Academy. Xiao’s profile has risen rapidly since. His credits include Swordsman (2013), Legend of Lu Zhen (2013), The Romance of the Condor Heroes (2014), The Taking of Tiger Mountain (2014), The Founding of An Army (2017), and Nothing Gold Can Stay (2017). His performance in In Love Journey (2019) garnered particular critical acclaim and exposed this young star to a wider audience. 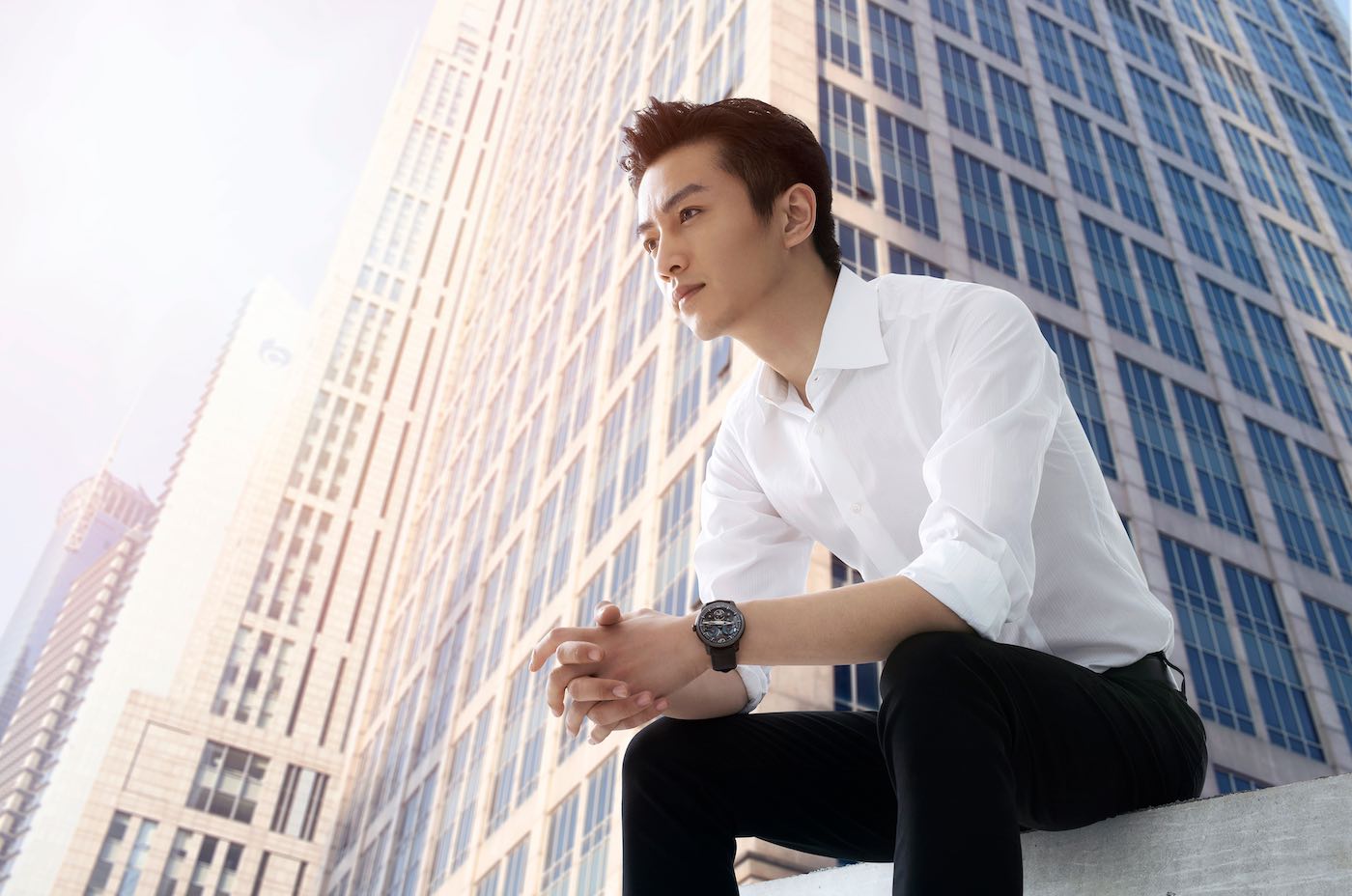 Says Chen Xiao, “No one knows what tomorrow will bring, but we deal with each situation when it occurs. These things come to us; our role is to welcome them and experience them. Time is our ally. Let’s live it with elegance.”

The Girard-Perregaux 1966 Blue Moon comes on a rubberized alligator strap with a matte black exterior and matte blue interior, with blue topstitching, and it will retail for $9,600. Learn more about this new release, and the recruitment of Chen Xiao, by visiting the official brand website at girard-perregaux.com.