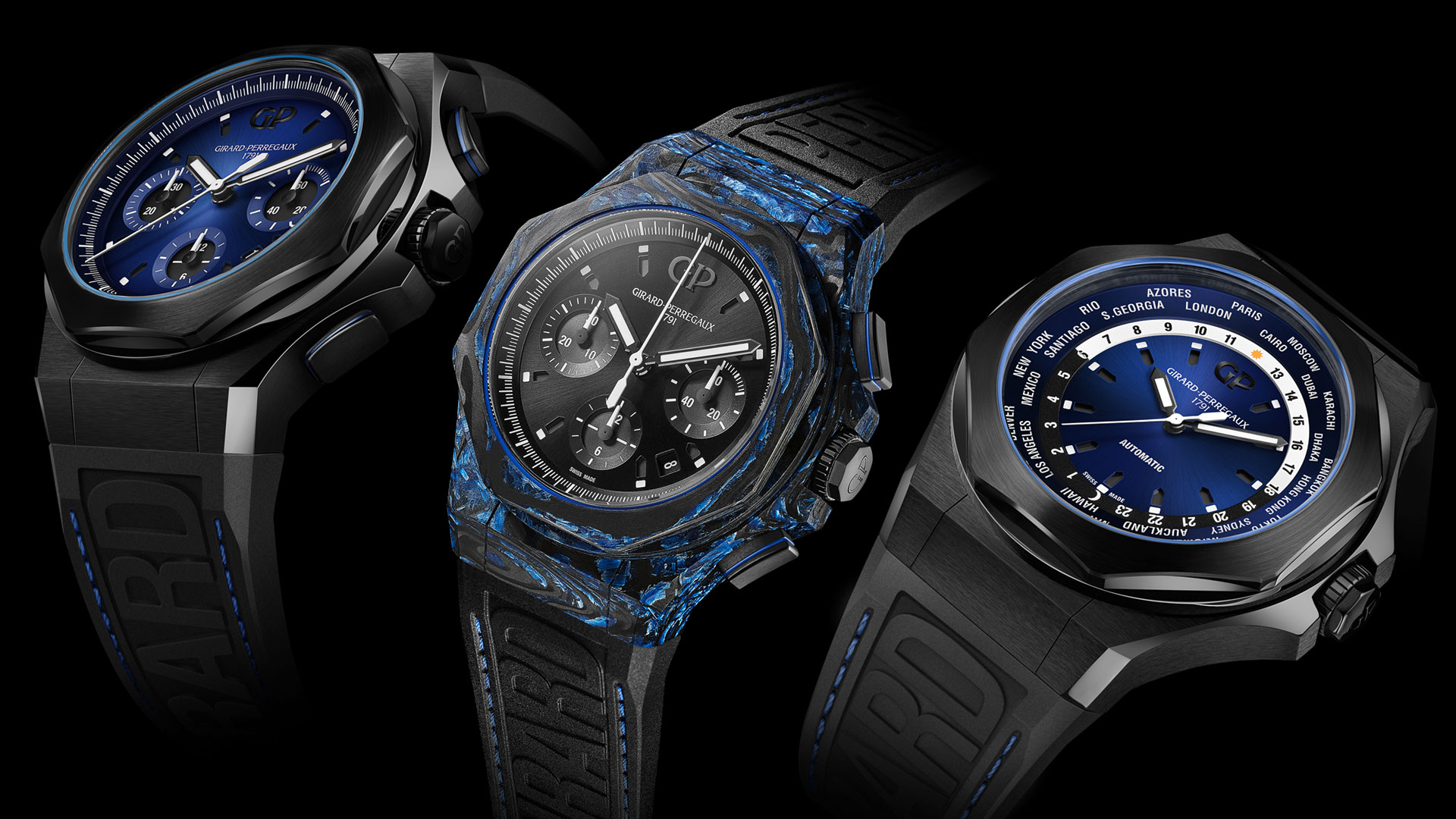 The Girard-Perregaux Laureato Absolute collection comprises four watches bound by a shared case silhouette (minus the addition/absence of chronograph pushers), but each with a distinct flavor. The wildest of the bunch is without a doubt the Laureato Absolute Chronograph with the “carbon glass” case. Visually, the closest things I’ve seen to this are cases by Dietrich such as the O.Time series and some from Cvstos. It’s a divisive look that places the emphasis on coolness rather than classiness, but for me it’s an exciting development that offers another avenue of aesthetic interest. Crucially, though, those examples of a similar look were actually forged carbon; what GP have done here is create something completely new. And it seems that the possibilities of so-called carbon glass are sky-high. 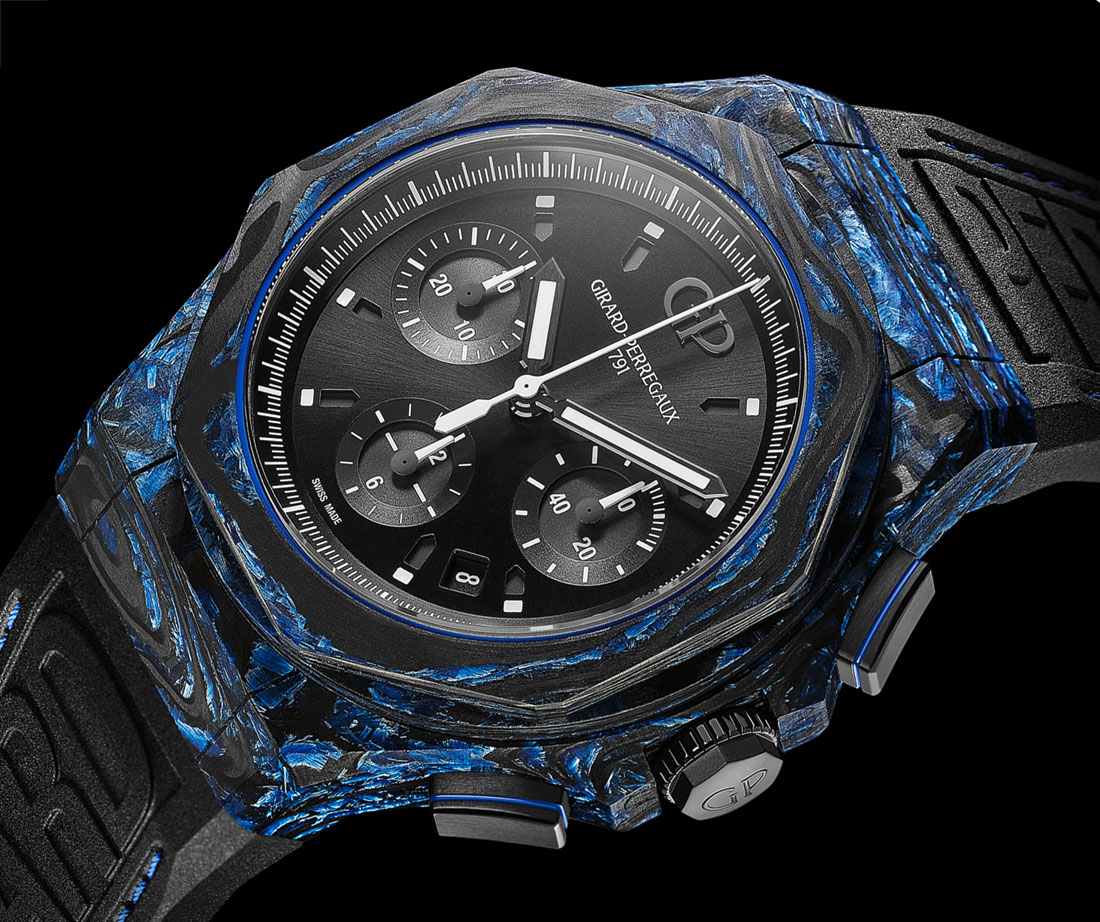 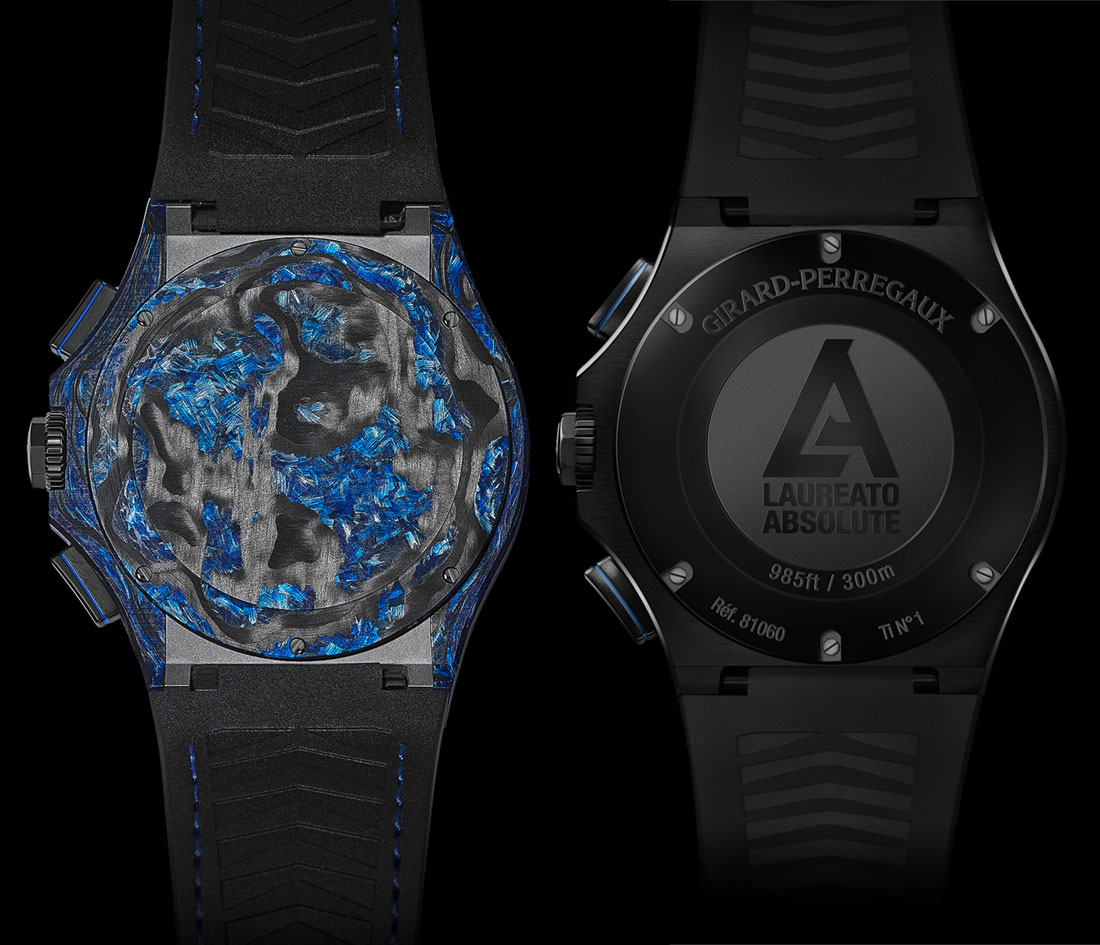 Carbon glass has excellent structural integrity, surface smoothness, and visual vibrancy. The first and second traits were achieved due to the manufacturing process, while the third is down to whatever additive is included in the mixture during its compression phase. In this case, the use of a blue glass riddles the case with explosive fissures of cerulean that give the impression the case is splitting apart due to some internal cosmic force. Thankfully, the opposite is true. Carbon glass is stiffer than steel by a factor of 100. It is also eight times less dense (meaning it will almost float on water). There will be an in-depth hands-on review of that piece, so let’s leave it there for now, and whip round the other three pieces in the collection. 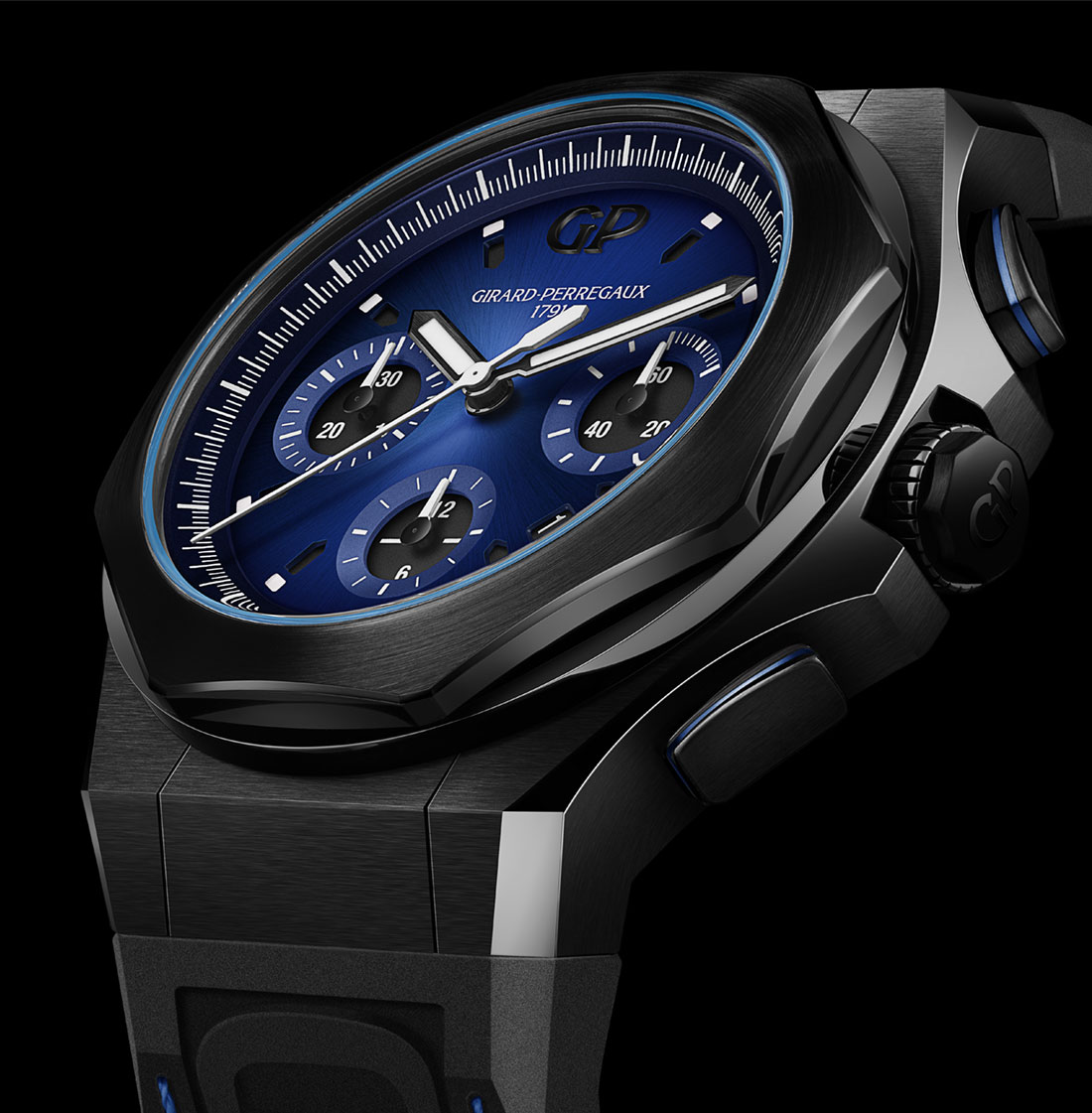 Firstly, there is a chronograph, boasting the same functionality as the carbon glass version, but encased in brushed and polished PVD-treated titanium. Without the distraction of carbon glass, the whole effect looks kind of like the Audemars Piguet Royal Oak had a baby with a Bvlgari Diagano Magnesium Chronograph. 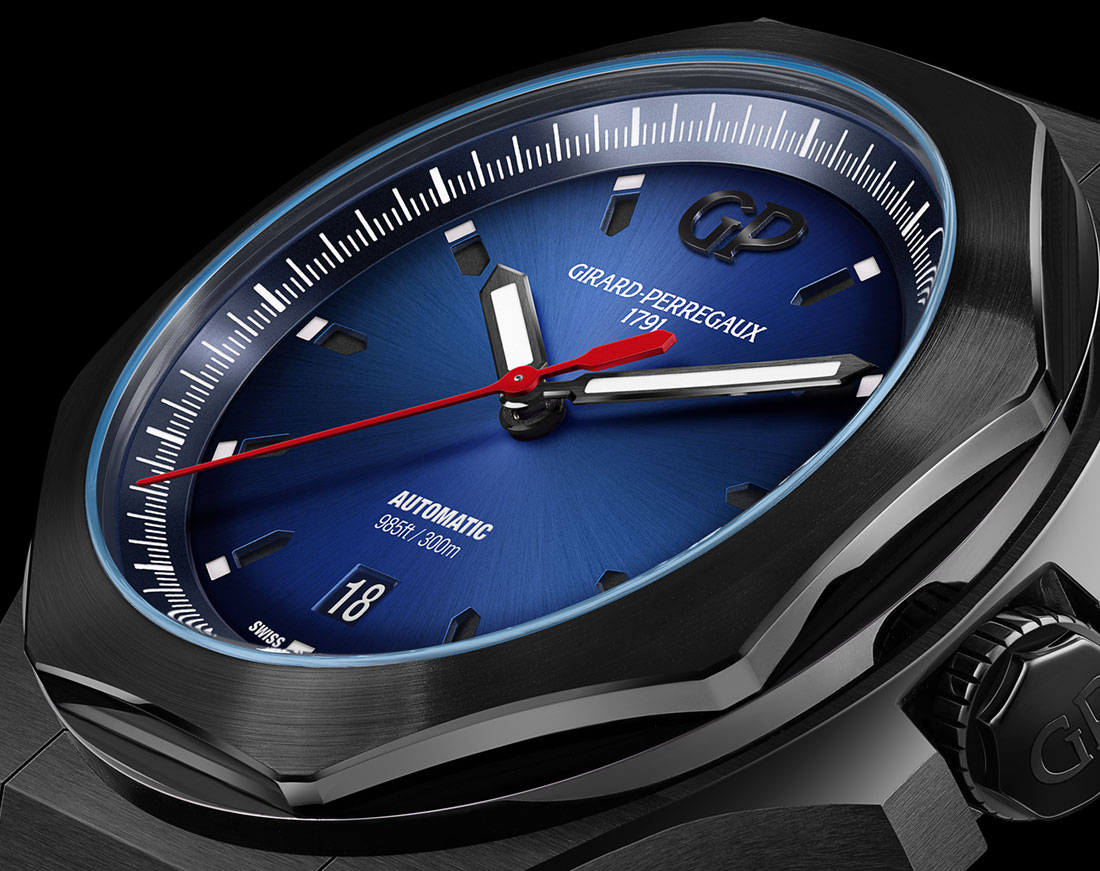 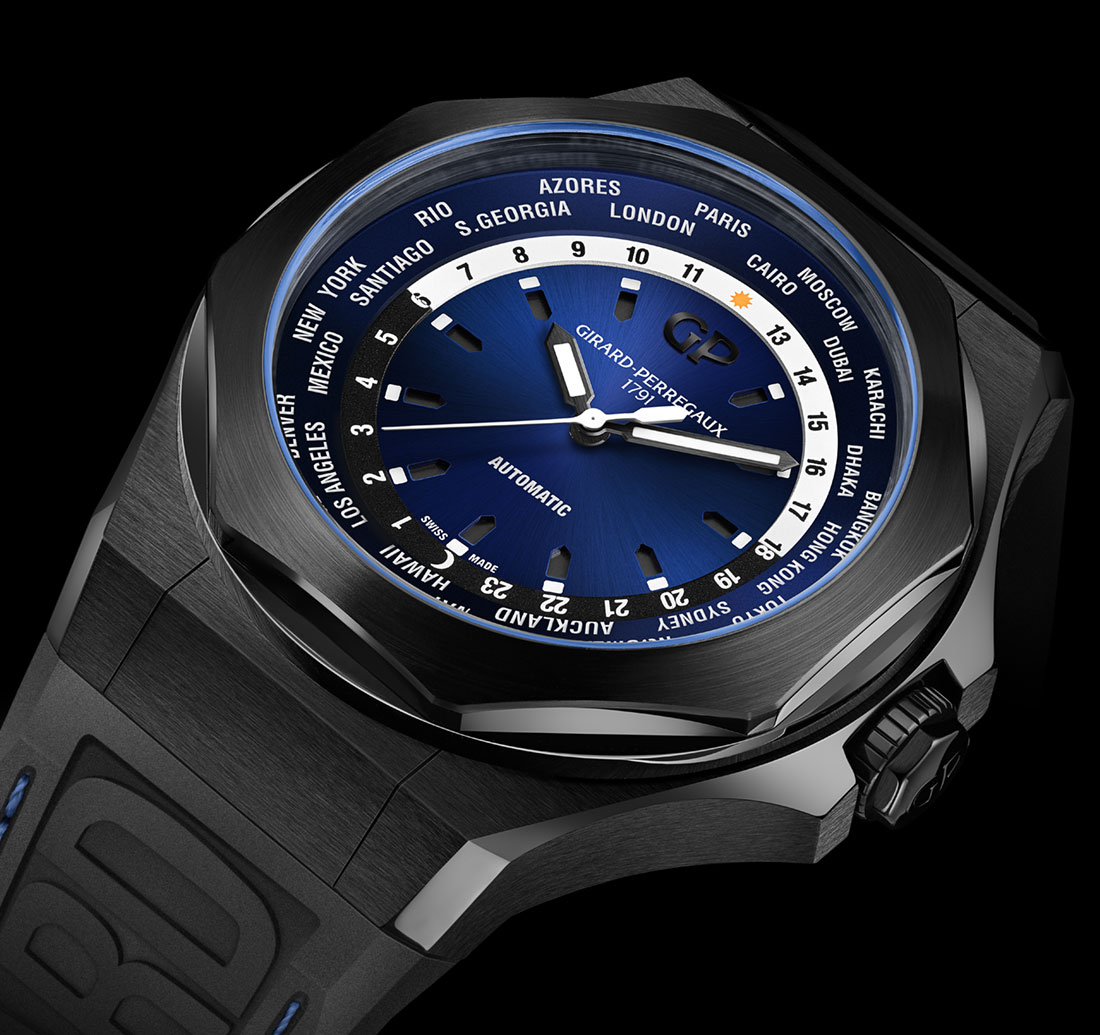 A time-only and a World timer model round out the release, with the latter being a particularly nice effort. The World timer uses GP’s typical layout, and is very clear and easy to use. The blue sun-ray dial adds enough character to justify it making its way into a seasoned traveller’s collection. 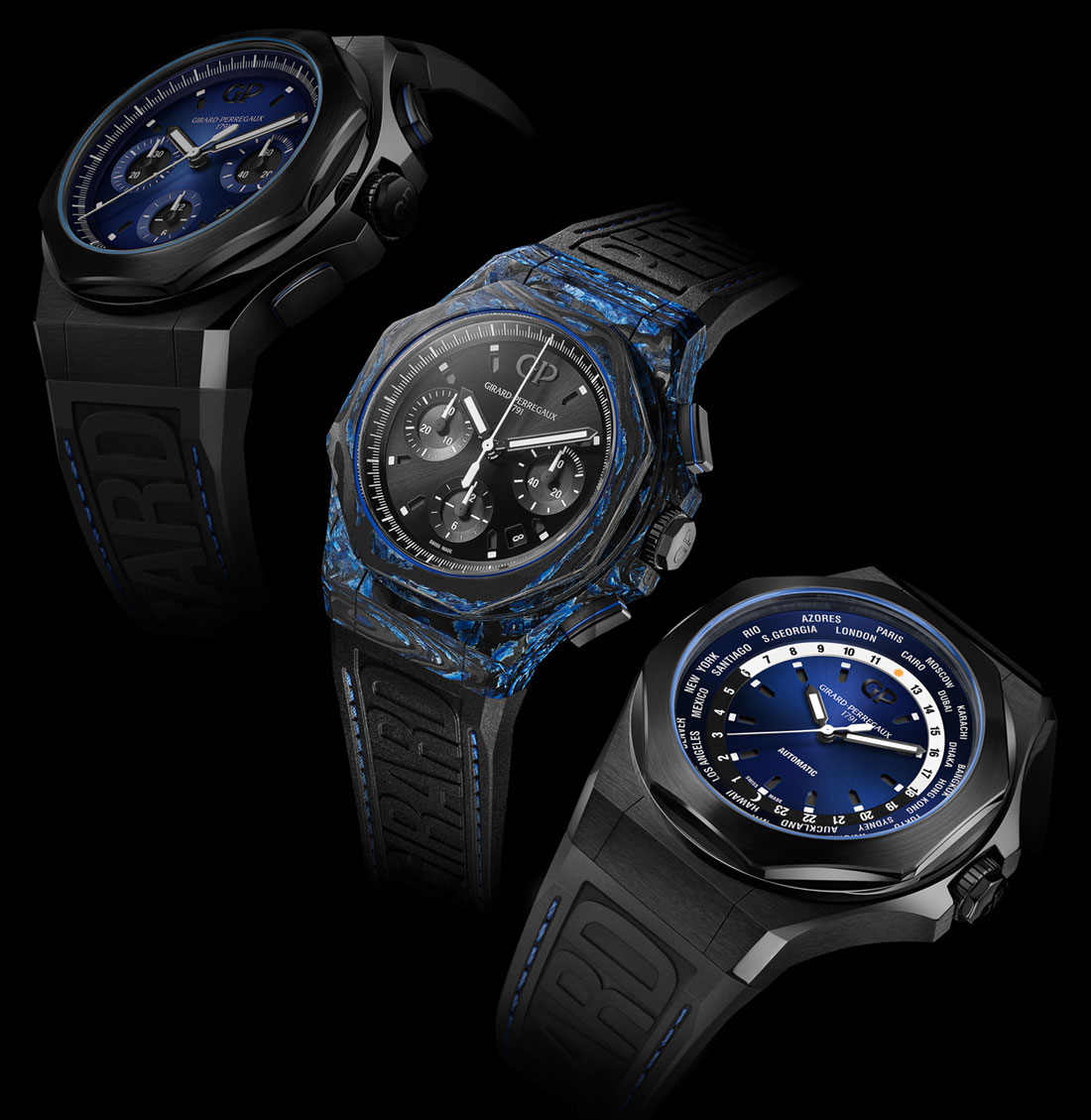 An aesthetically arresting group of watches, the Girard-Perregaux Laureato Absolute collection is a welcome addition to a brand that I respect, but rarely desire. The carbon glass is the pick of the bunch simply for its less common appearance and the novelty of a new material. However, the World timer is a really solid effort that offers supreme legibility, while retaining the avant-garde nature of the brand. Prices are yet to be confirmed. girard-perregaux.com