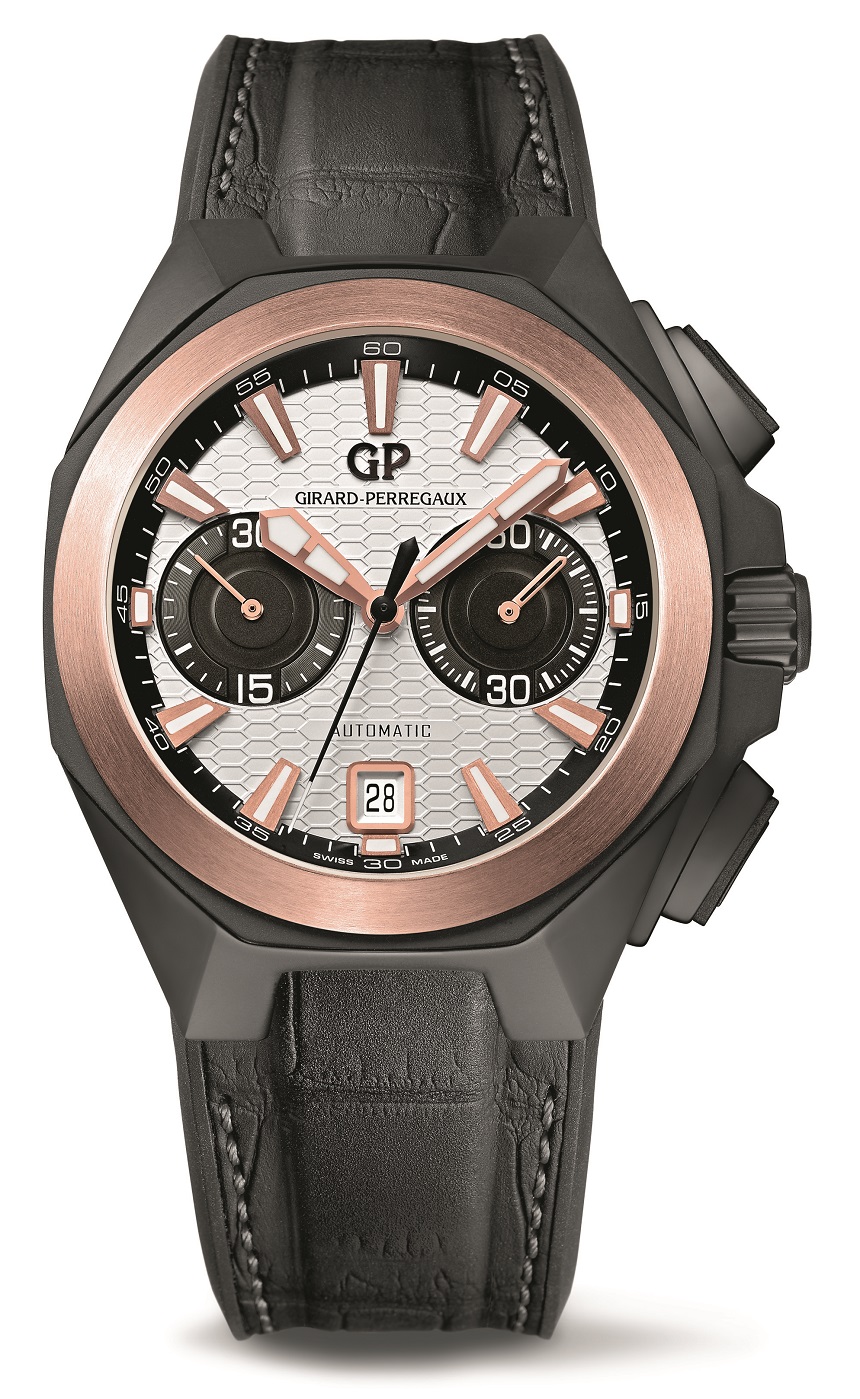 Girard-Perregaux is about to release a new version of the still new Chrono Hawk called the Hollywoodland. An unofficial homage to the movie making capital of the world, the Chrono Hawk Hollywoodland is the latest effort in the brand’s focus on entering the world of Hollywood. In 2012 Girard-Perregaux announced that it was going to be a sponsor and founding supporter of the Academy Museum of Motion Pictures. The museum is currently in construction and will stand as an important cinema museum here in Los Angeles. 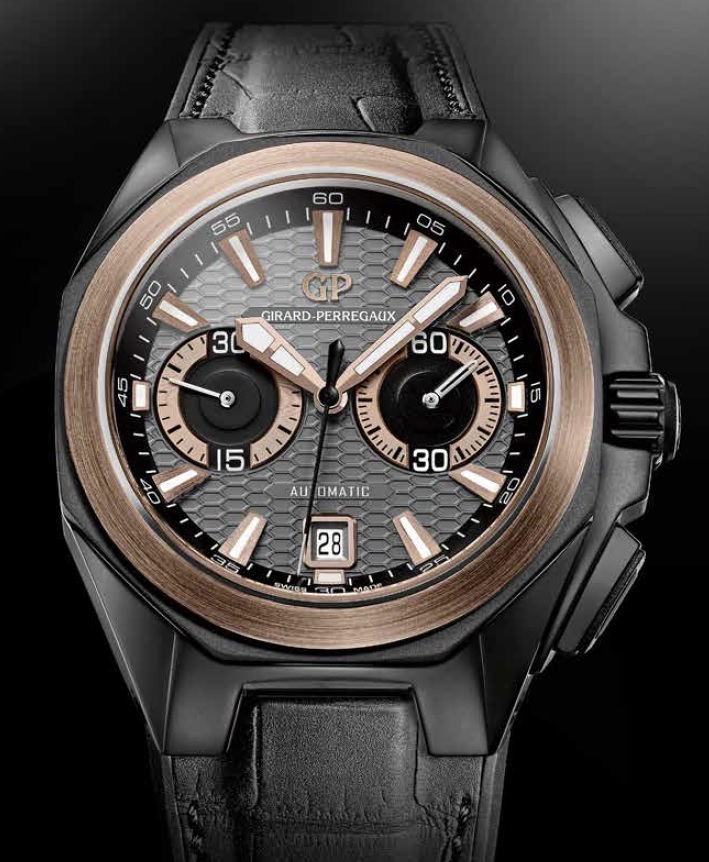 What is most unique about the Chrono Hawk Hollywoodland watches are the case materials. The 44mm wide case is produced in all black ceramic, while the bezel and dial accents are in 18k rose gold. Black and gold typically makes for a nice combination, and in this case (especially because the gold is brushed) the watch has a high-end, but not exactly blingy look.