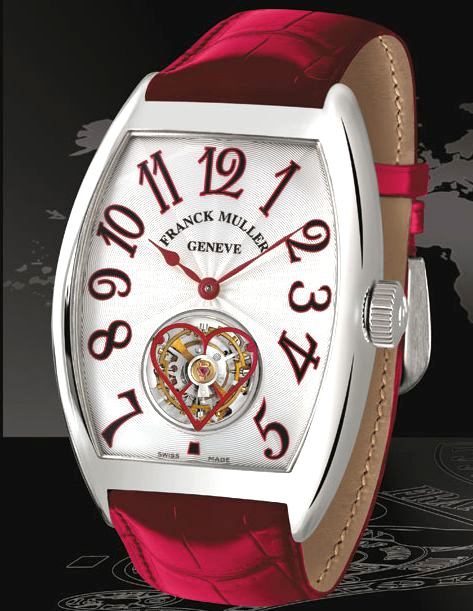 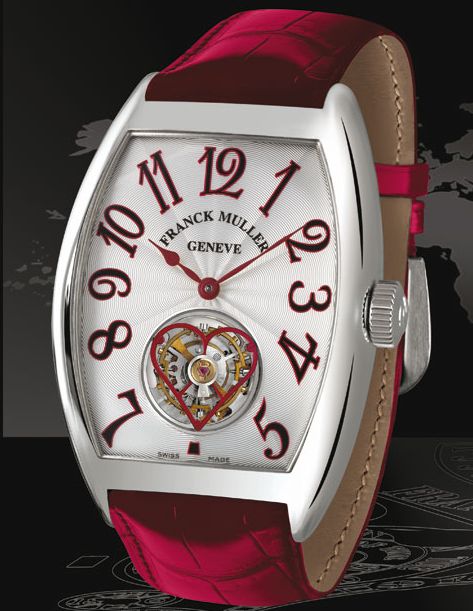 This has to be one of the most cutesy luxury watches I have ever seen. And at a price that is going to be well over $60,000 it might need some growing up to do. Underneath the heart shaped bridge lies the world’s smallest production tourbillon in a watch. The small tourbillon escapement is just 11.6mm wide. Very small, indeed.

The rest of the new Franck Muller Tourbillon Lady 3080 T is equally petite. The 18k white gold tonneau shaped case is 42mm high, and 30mm wide. Surprisingly, it is only 10mm thick, which makes it very thin for a tourbillon watch. It is manually wound in-house movement with 80 hours of power reserve in two barrels. Pretty nice for a such a small watch. On the back of the case is another sapphire window for a view of the movement.

I think about the placement of this watch in the market. You don’t need to make “the world’s smallest tourbillon” in a man’s watch, as that sort of defeats the idea of today’s men’s watch which are large. Franck Muller still wanted to embody its new feat in a watch, so really the only option was a woman’s watch, were small size is a virtue. It will be the rare, but not non-existent woman, who will really appreciate the difficult complexity involved in creating such a small tourbillon. Really just looking at the magenta hued pink all over the dial and strap makes you think of femininity and simplicity, not stark complexity. So this watch is a bit of a contradiction, but still looks quite nice. The right wrist will wear it on special occasions and appreciate the view fo the heart shaped bridge spinning to indicate the seconds. There really isn’t that much more to it. Start saving up.