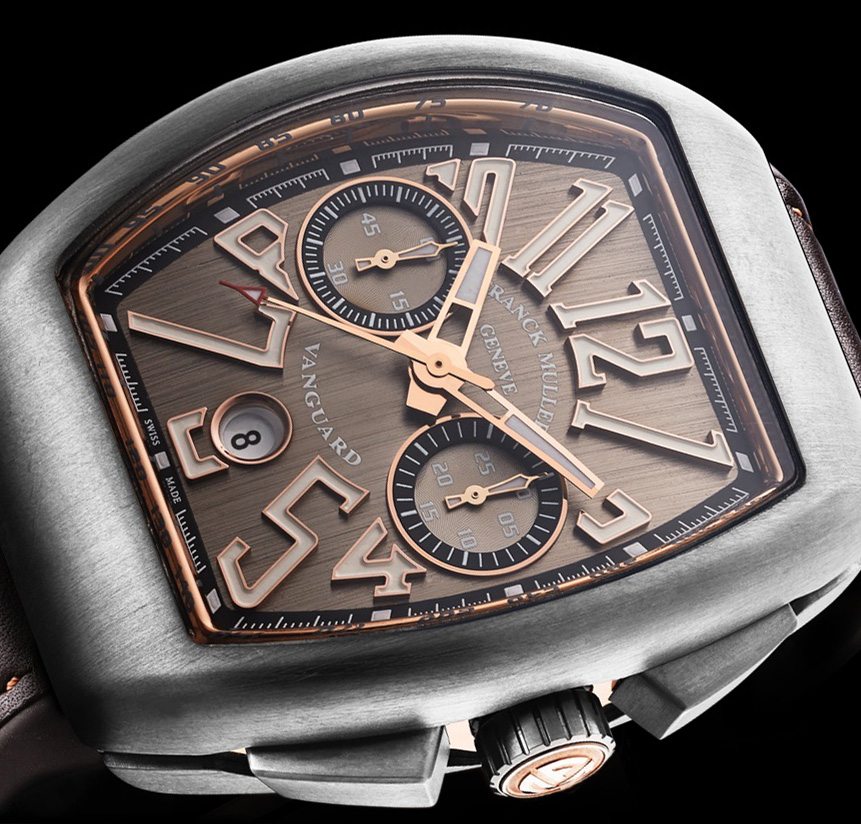 The Swiss watch maker Franck Muller has somewhat of a Charlie and the Chocolate Factory air to it. With an elaborate production facility named “Watchland” outside of Geneva, oftentimes over-the-top brand positioning, and watch collections with designs far from the traditional, it would not be too surprising if they were to announce that golden tickets were being hidden in the packaging. Unfortunately for fans of the brand, that isn’t the case, but the Franck Muller Vanguard Chronograph is still a noteworthy and exciting watch to consider. 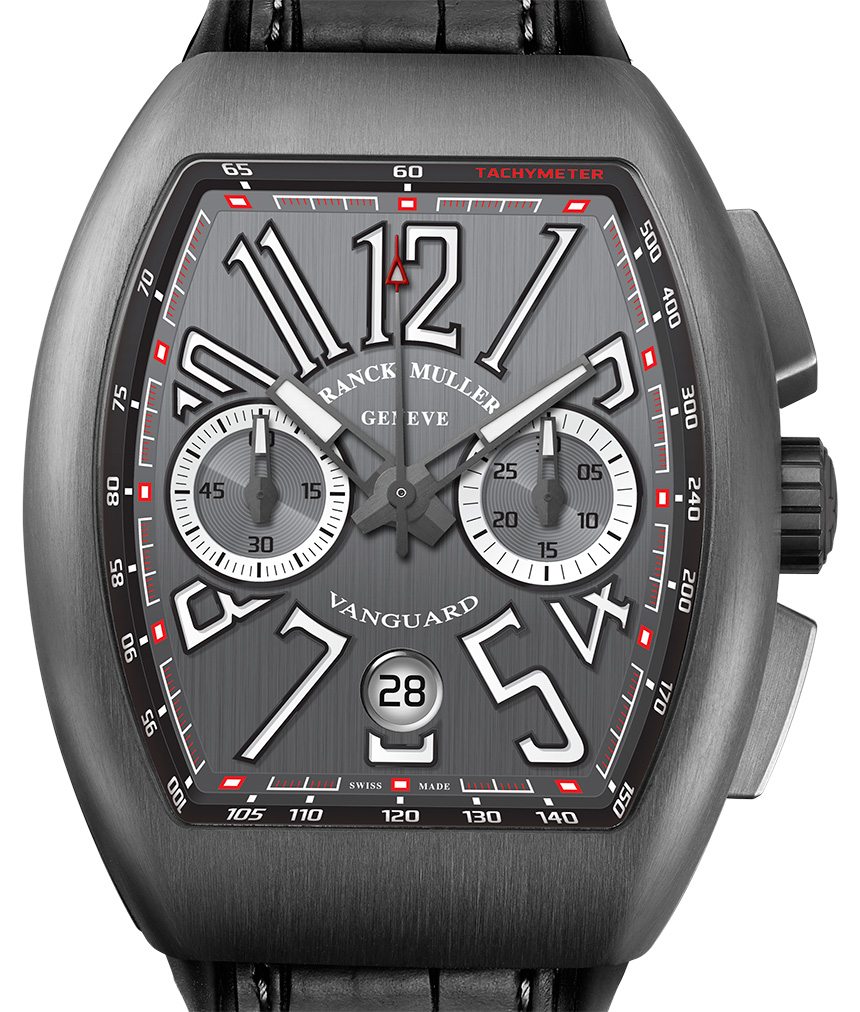 Note that the Franck Muller Vanguard Chronograph was released last year, but we have recently been provided additional information on the watch that we wanted to pass along. So what is so exciting about the Vanguard Chronograph? Well, just look at the thing. Housed in a tonneau-shaped case available in 18k rose gold, stainless steel, or titanium, it is quite the watch to behold. In his hands-on with the Franck Muller Vanguard Glacier, Ariel said, “In computer rendered images, the Vanguard looks both underwhelming and like it is trying too hard at the same time.” The addition of the chronograph pushers and subdials adds excitement to this model of the Vanguard, and though I have not yet had hands-on time with the Franck Muller Vanguard Chronograph, based on the images, the added complication fits better with the overall design of the collection than the standard model. 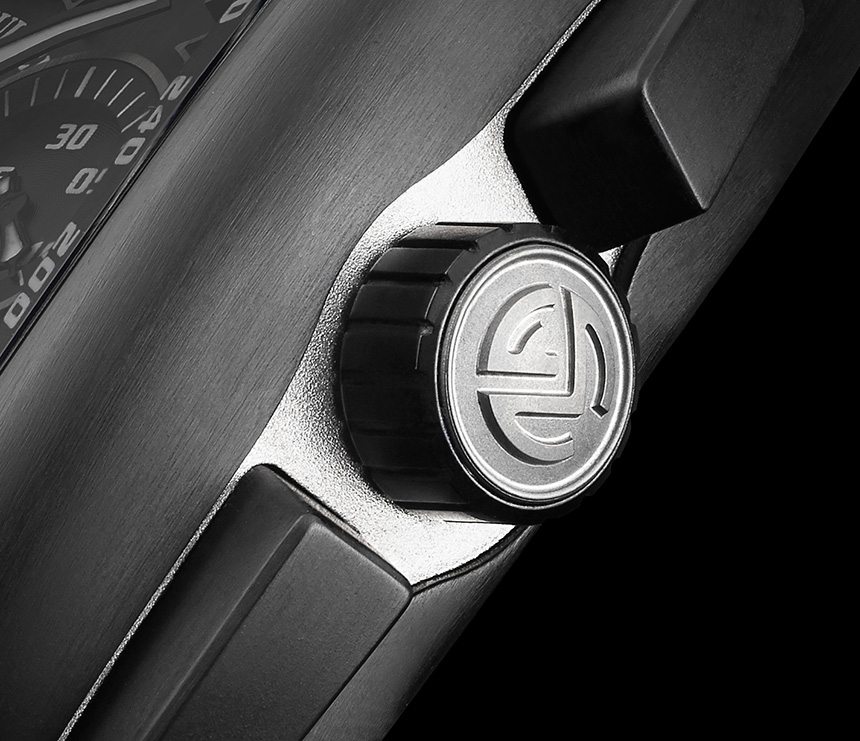 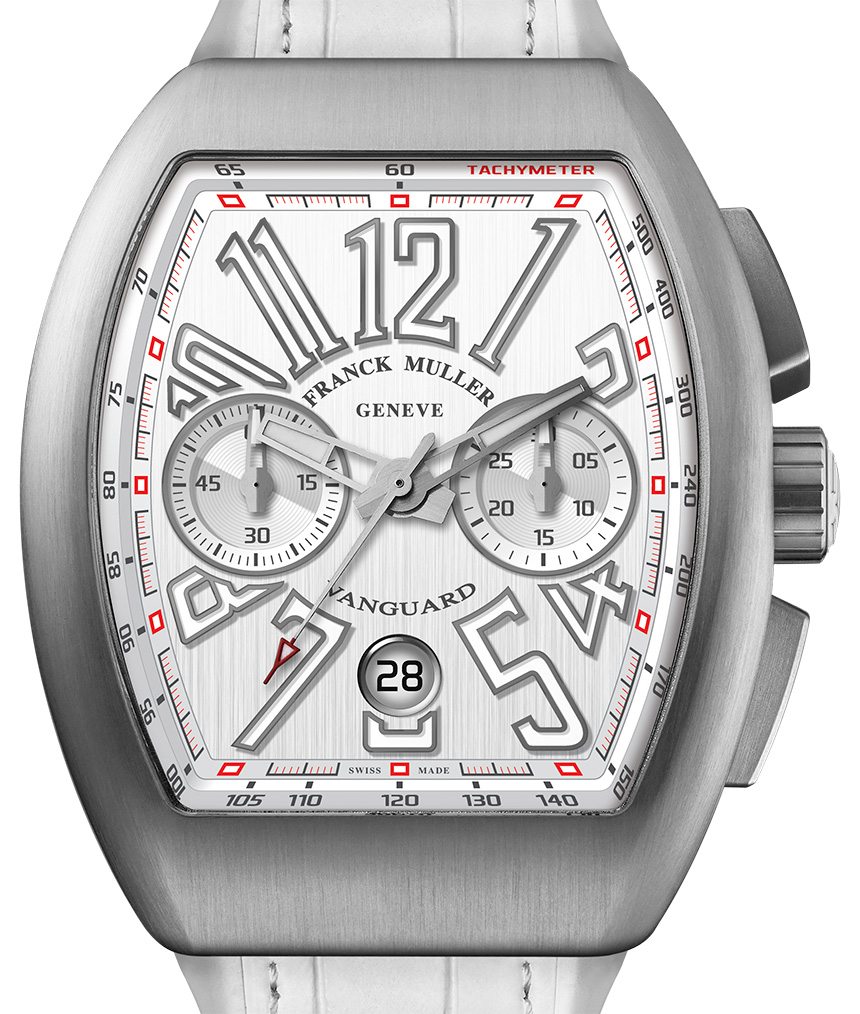 The Franck Muller Vanguard Chronograph is powered by the Franck Muller 7000 automatic movement. It has 27 jewels and a power reserve of 48 hours, with a frequency of 28,800 vibrations per hour (4Hz). It is also decorated with Côtes de Genève, circular graining, and rhodium plating so that the internals of the watch are just as beautiful as the outside.

The case is quite large. At 44mm wide, 53.7mm long, and 15.8mm thick, it is going to wear very prominently on most wrists. All the better to see the dial, which is sure to catch people’s attention with its applied, oversized Arabic numeral hour markers and large hands matching the case color. The dial color varies as you’ll see from the pictures, and my personal preference is the gray dial which I think gives the best background for the other components to stand out against. 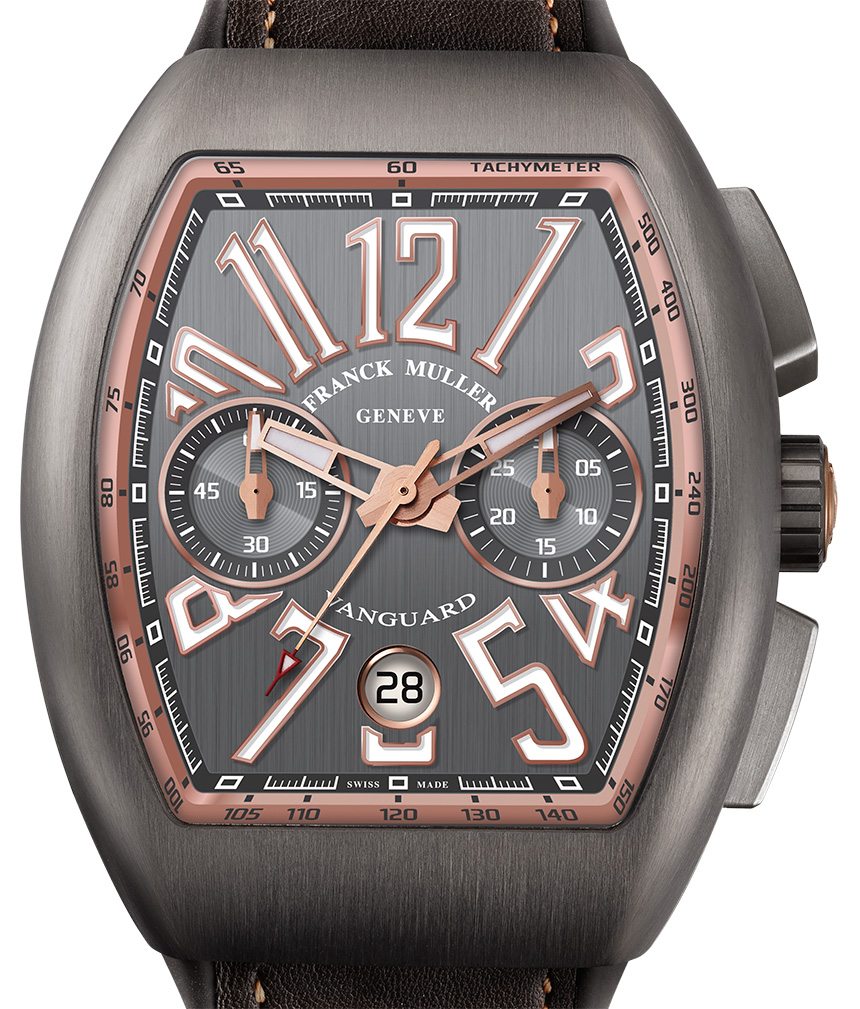 Cutting off the six o’clock marker is a small, circular date window which is sure to bug a lot of people. It doesn’t quite match the rest of the watch’s aesthetic and could have been better handled. In contrast, the strap has been very well done. The lugs have been integrated into the case design, and the strap is alligator leather on top and rubber on bottom. A deployant clasp allows for easy wearing and removing. 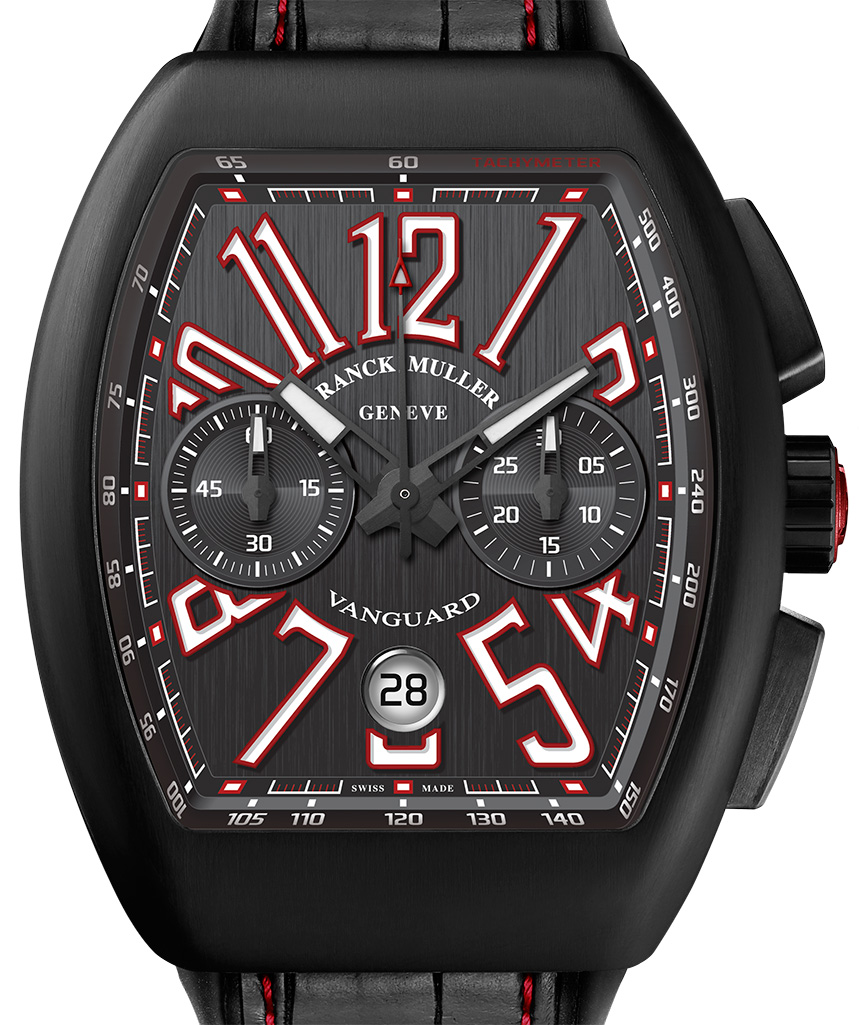 As Ariel also mentioned in his hands-on with the Vanguard Glacier, “…don’t judge any of these watches fully until you put one on your wrist.” With that in mind, I’ll say that I look forward to getting a hands-on with the Franck Muller Vanguard Chronograph, judging by the release images and information, I think it is the more exciting and balanced of the Vanguard models. The Franck Muller Vanguard Chronograph is priced at $15,800 and if you are one for bold watches, it may be worth seeing the watch for yourself and taking a step into Franck Muller’s world of “Pure Imagination.” franckmuller.com