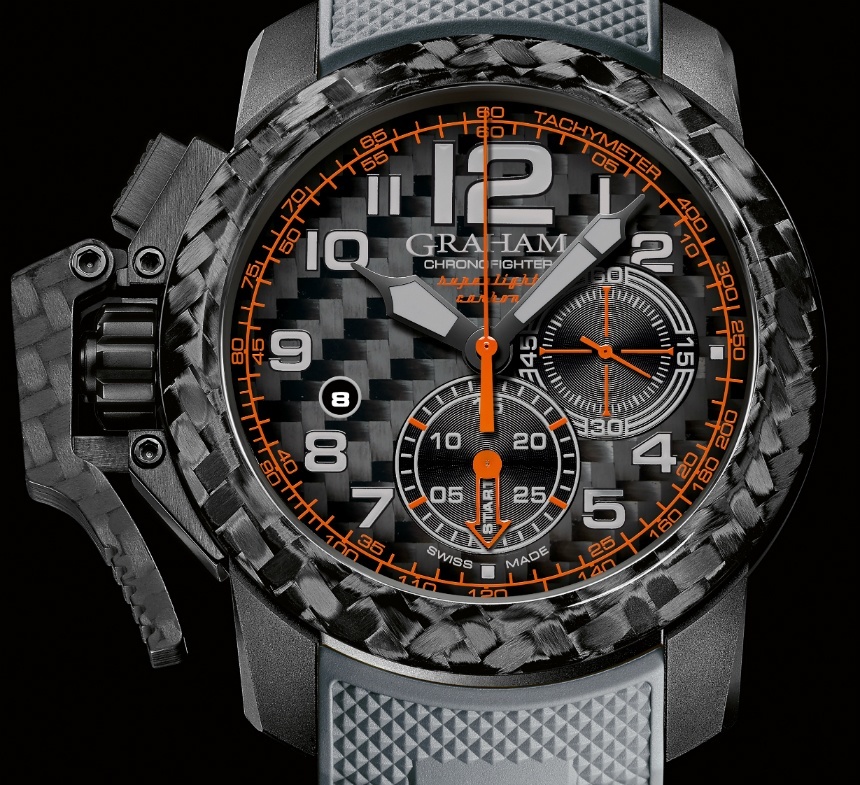 Exotic materials, bold styling, and innovative machining processes are all in a day’s work for Graham. The new limited edition Graham Chronofighter Superlight Carbon, freshly announced for Baselworld 2016, unsurprisingly continues this trend with a charismatic offering that’s arguably one of the British brand’s most ambitious yet. At under 100 grams, this third and final entry in the Superlight Carbon collection doesn’t use the “oversized” monicker of some peers but boasts a large 47mm case without a lot of the weight. 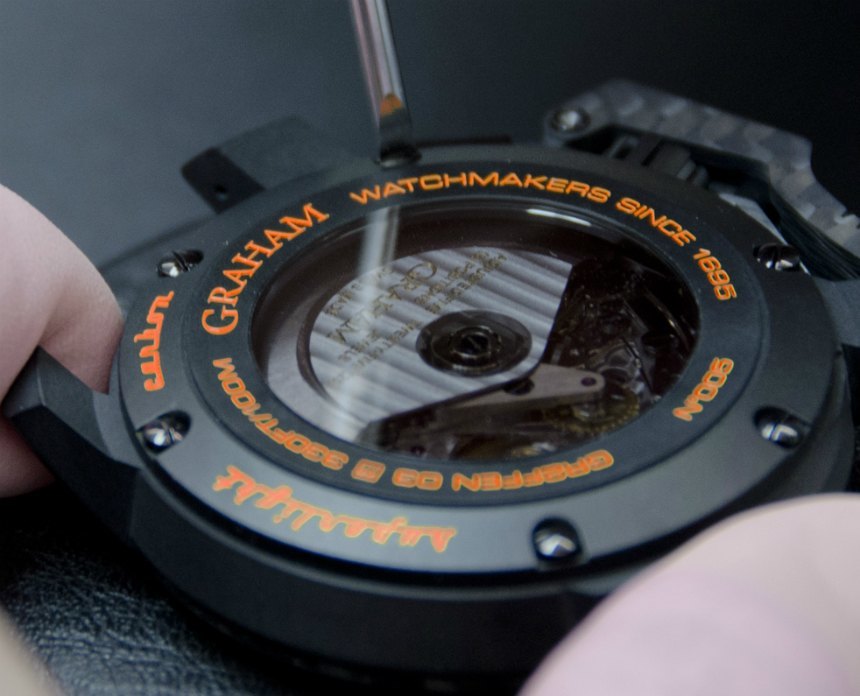 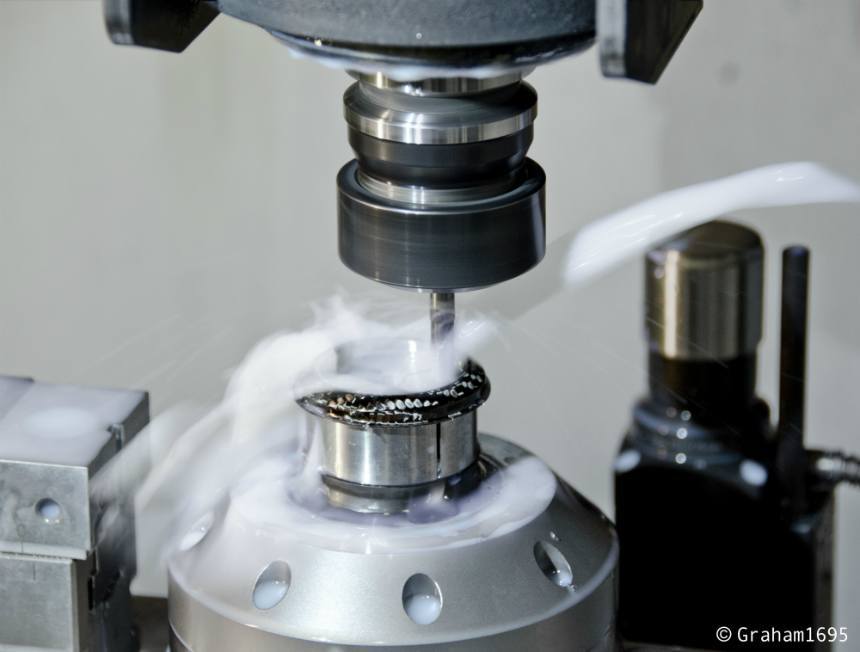 As a brand with roots traced back to the earliest manufacture of chronographs, Graham’s connections to the pursuit of speed come somewhat naturally, and thusly, so does a chronograph hewn from carbon fiber – a heavily favored composite in aerospace and performance automotive industries, due to its exceptional strength-to-weight ratios. Graham took cues from industry leaders in composites to develop the case used in the Graham Chronofighter Superlight Carbon, carefully machined from a special carbon fiber composite which has a higher capacity for shock absorption to meet the long-term durability needs of wrist wear. 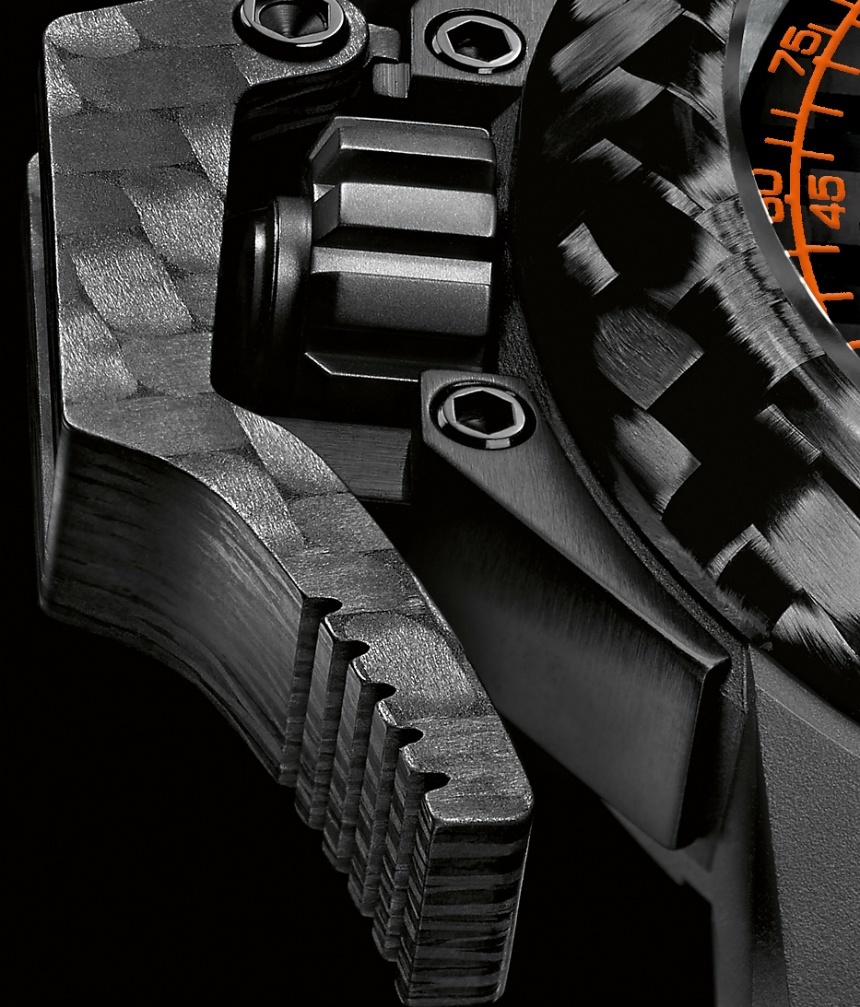 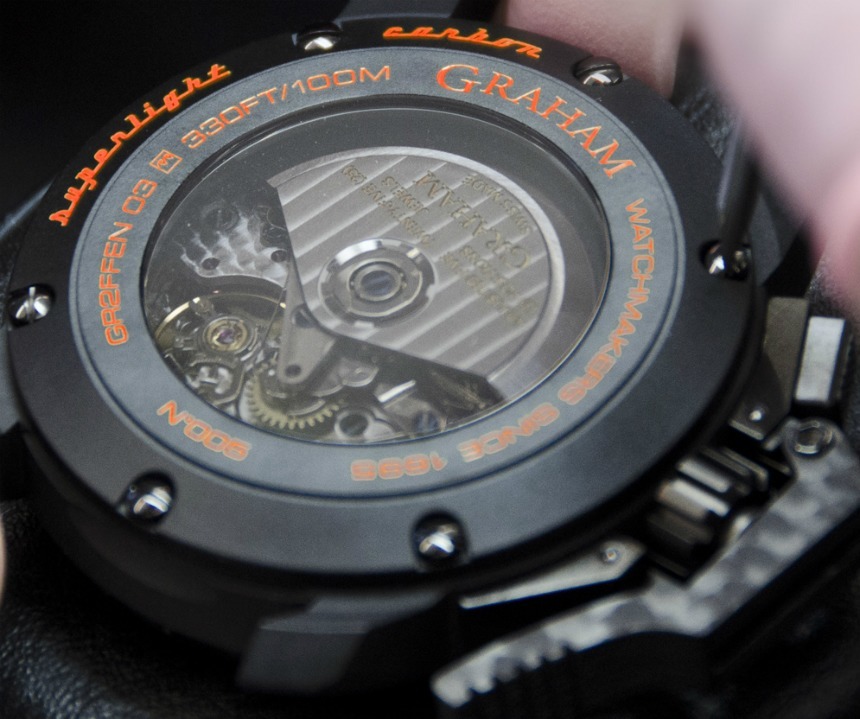 There’s no shortage of the typically exotic Graham flourishes on the Graham Chronofighter Superlight Carbon, like the large start/stop trigger – a very fun Graham signature specially designed for more “precise and immediate” chronograph actuation. The dial, bezel, and strap buckle are all also made entirely from machined carbon fiber. Beneath all that carbon, beats Graham’s calibre G1747 – a 25-jewel automatic chronograph movement with a reversed 30-minute counter that bears along at 28,800 vph, visible through the caseback’s smoked sapphire crystal. The G1747 is a relatively standard movement for Graham – it uses the Valjoux 7750 as a base, and is deployed in other two-register chronographs like the Chronofighter Oversize Target and the Chronofighter Oversize Navy Seals. 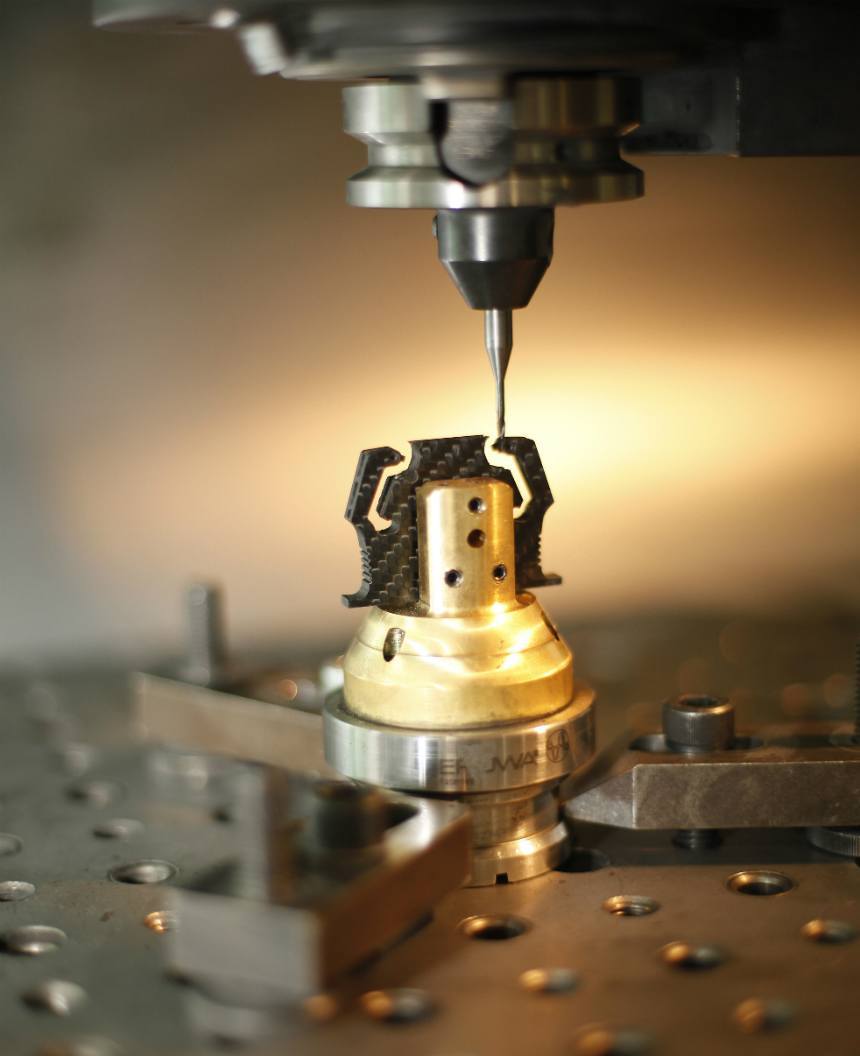 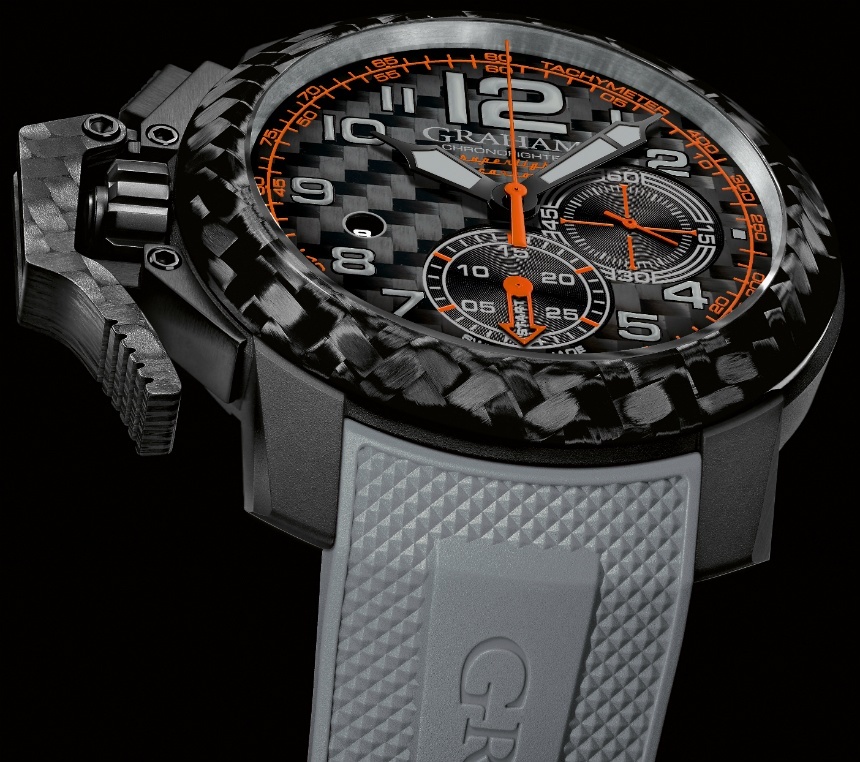 However, despite their similarities in design and dial layout, what’s particularly impressive about the Graham Chronofighter Superlight Carbon is how its 47mm case weighs in at a hair under a feathery 100 grams – no small feat, given its generous proportions, but also no huge surprise, considering carbon fiber’s significant weight savings over steel and even titanium. 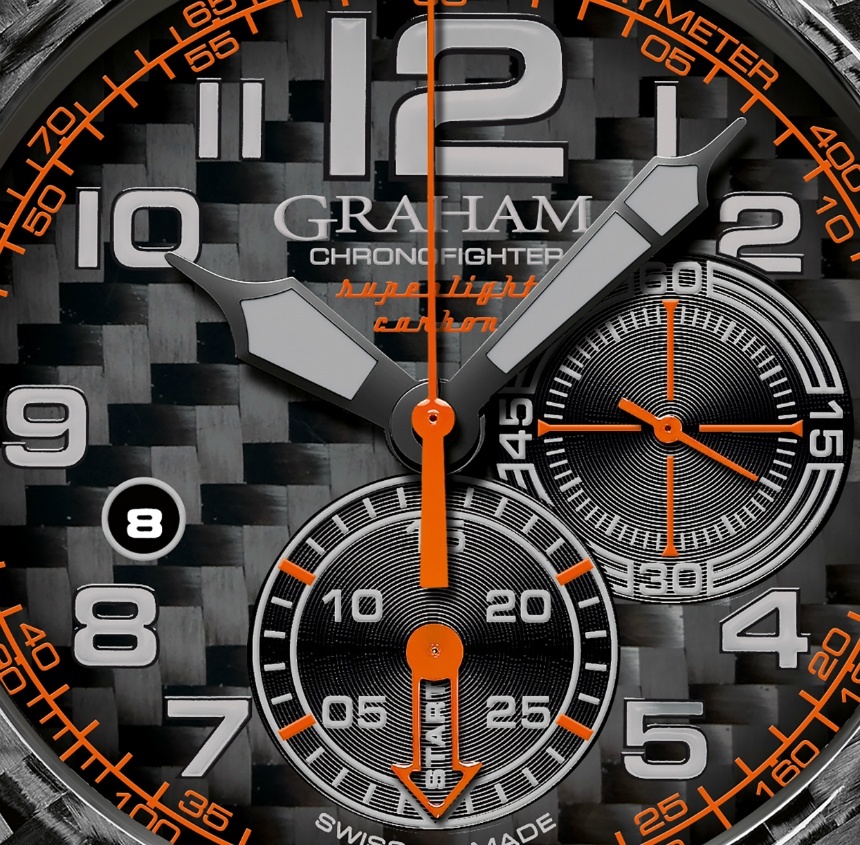 Given its complexity to manufacture, and Graham’s penchant for exclusivity, only 50 pieces of the Chronofighter Superlight Carbon will be produced, each carrying a price tag of $11,550. graham1695.com