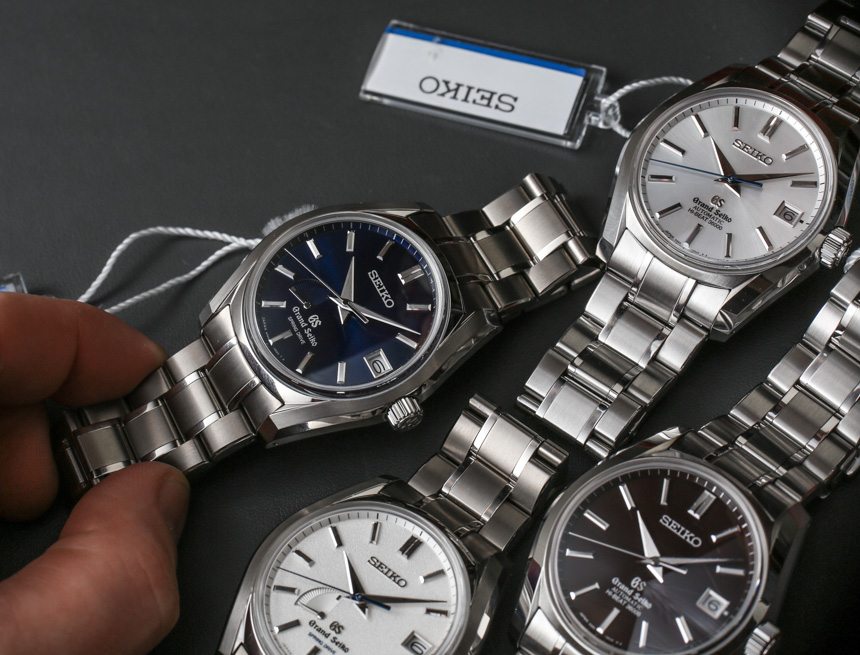 Way back at Baselworld 2015, Seiko introduced a load of new watches, many of which were limited-edition models. One such limited-edition watch, even though they’re not “new” at this point, was rather interesting because, in honor of the “55th Anniversary of the first automatic Grand Seiko,” Seiko released both a set of traditional-looking Grand Seiko models and modern ones intended to celebrate the Grand Seiko 62GS from 1967. 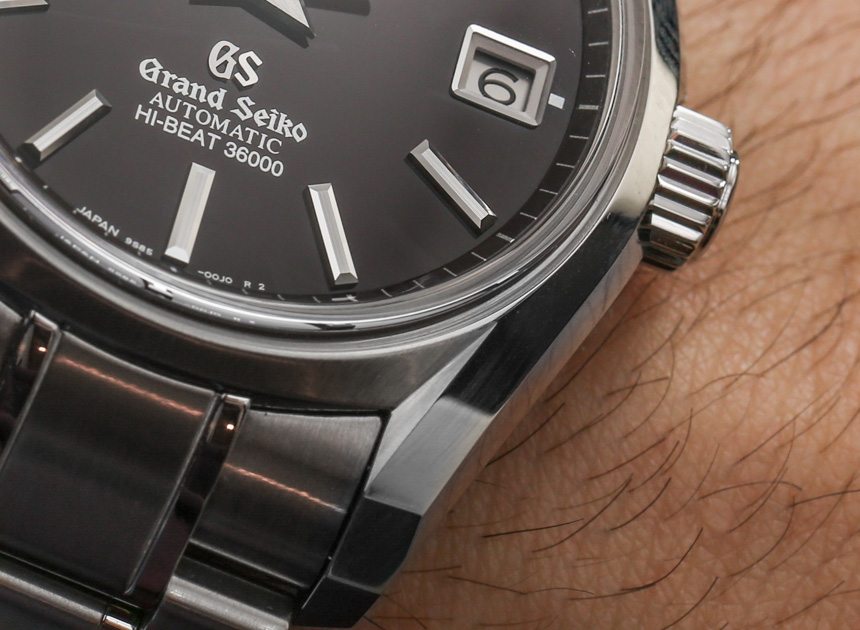 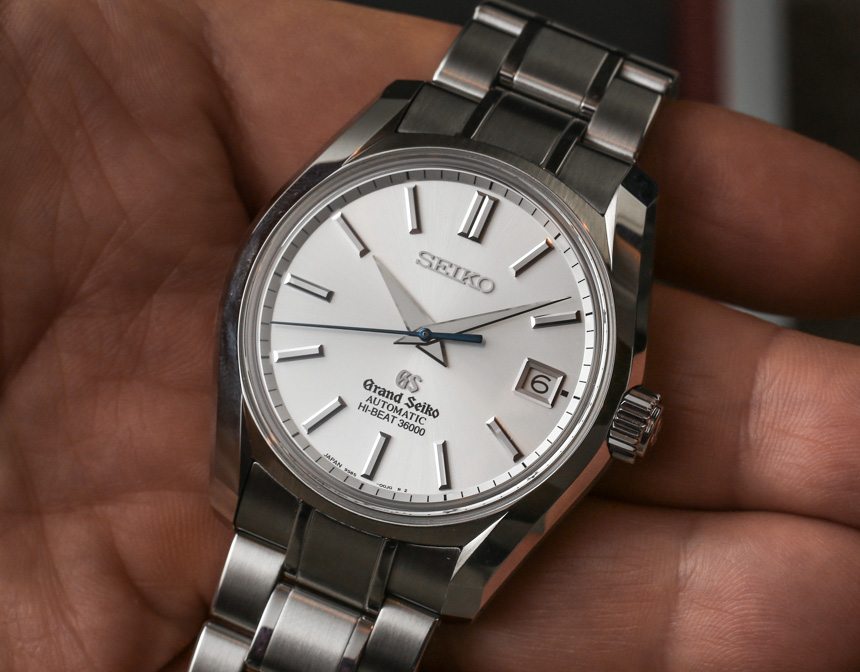 Seiko really just went sort of nuts with this one, producing eight limited-edition watches in honor of this 55th anniversary “milestone.” These 2015 limited editions are inspired by the original look of the 62GS and are referred to as being part of the “Grand Seiko Historical Collection.” Four of them look like the original but are a bit larger in size, offered in steel (SBGR095), 18k white gold (SBGR091), 18k yellow gold (SBGR092), and 18k rose gold (SBGR094). I am not, however, going to discuss those particular watches in this article, focusing instead on the “modern re-interpretation” watches which are inspired by the original 62GS. 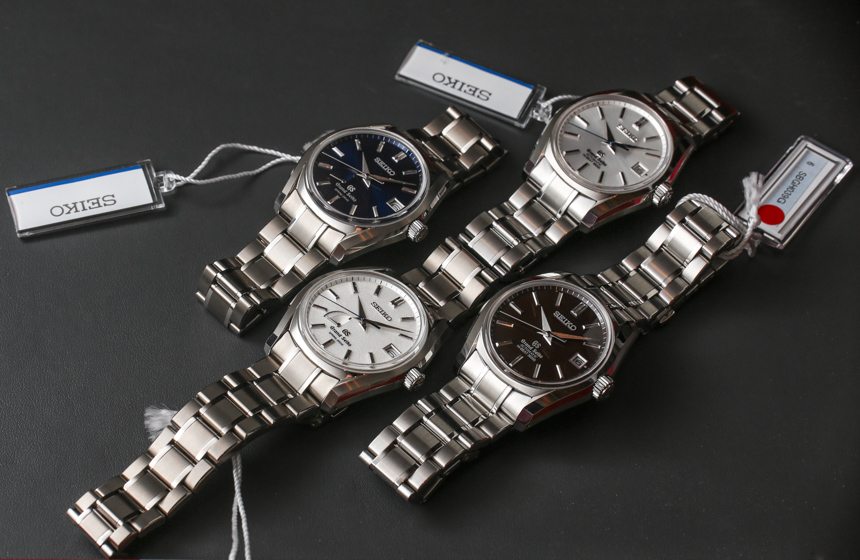 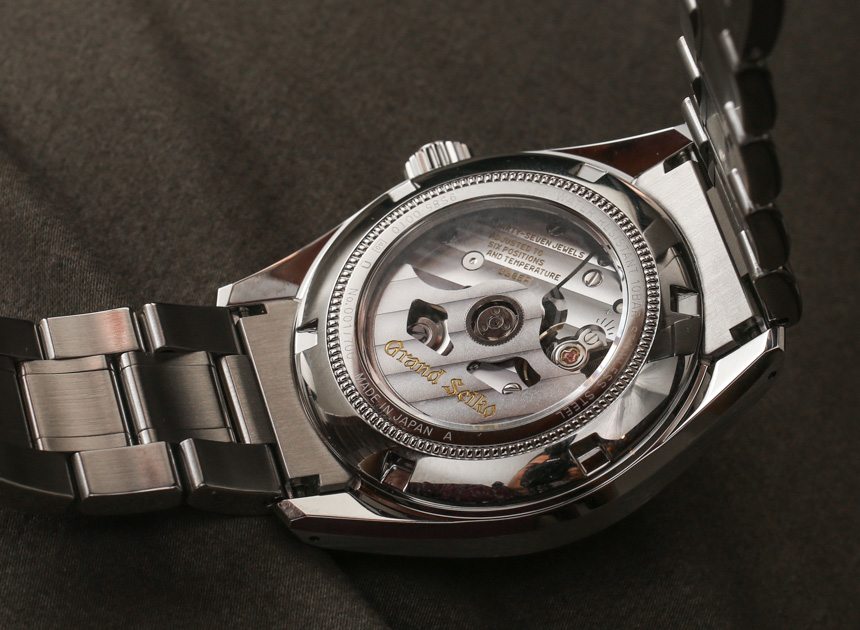 Once again, we have four models for these more modern-looking watches that are nevertheless inspired by the original 62GS. I should point out the obvious fact that while there are minor differences here, these limited-edition Grand Seiko watches look very similar to other models in the collection. In fact, the majority of the more dressy (as opposed to sporty) Grand Seiko watches have very visually similar cases. In some regards, the differences between the watches are as subtle as the differences between some Rolex watches. 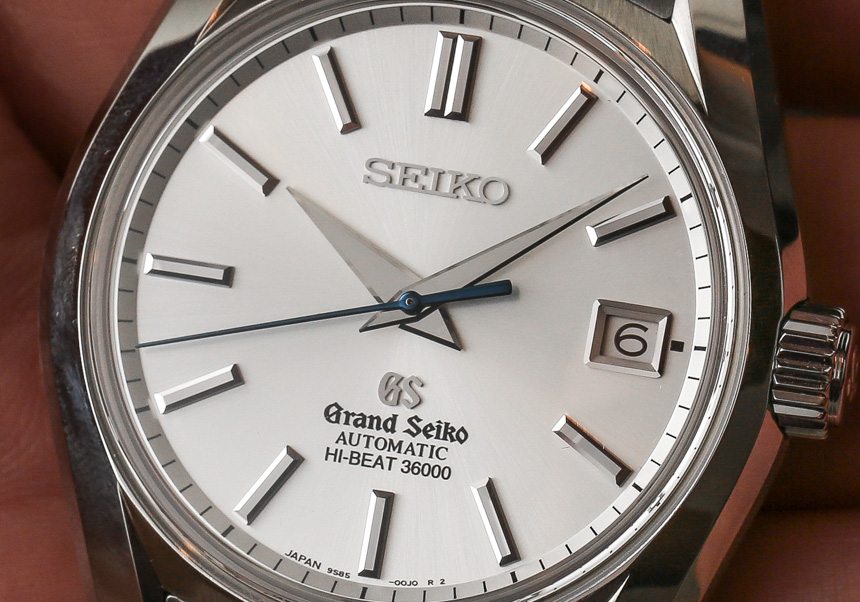 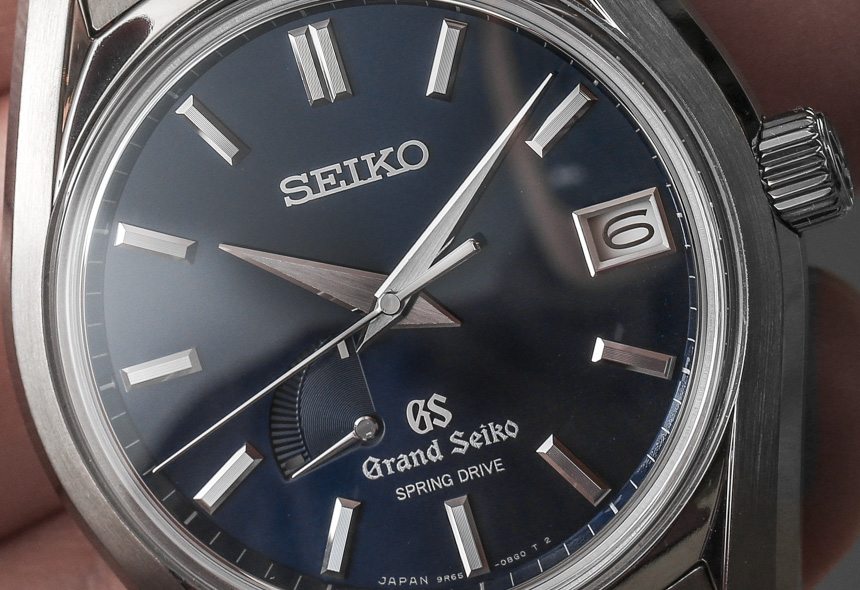 In this Grand Seiko Historical Collection set of watches, two contain Seiko Spring Drive movements and two contain Hi-Beat automatic movements. Both of these movements are fantastic, and Seiko probably knows that consumers will have a difficult time choosing which movement is best for them. At least each of the four watches have different dial colors which should help you choose which watch is right for you. Also, the dials which are more colorful are actually a bit more limited, with Seiko only producing 700 pieces each as opposed to the 1000 pieces each of the white and silver dial models. 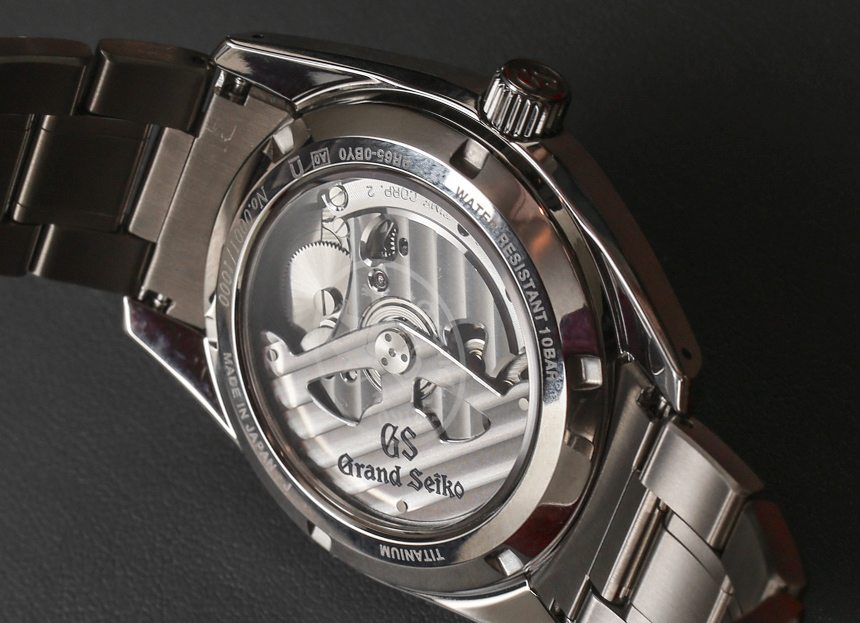 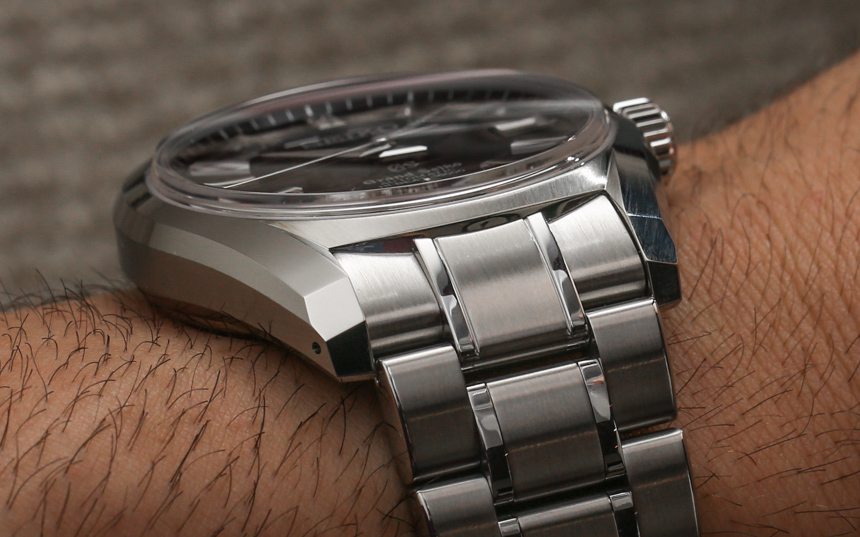 Actually, there is another difference between the Hi-Beat and Spring Drive models, and that is the case material. Each of the watches comes in a 40mm-wide case that is inspired by the 1967 original (but on bracelets). The watches with Seiko’s caliber 9S85 automatic movement come in steel, while the two models with the Seiko Spring Drive caliber 9R65 come in titanium cases. While there are other titanium Grand Seiko watches out there – the dressier versions such as these are less common. Moreover, Seiko uses their “high intensity” titanium which is supposed to be harder and thus more scratch resistant than most typical titanium metals used for watch cases. 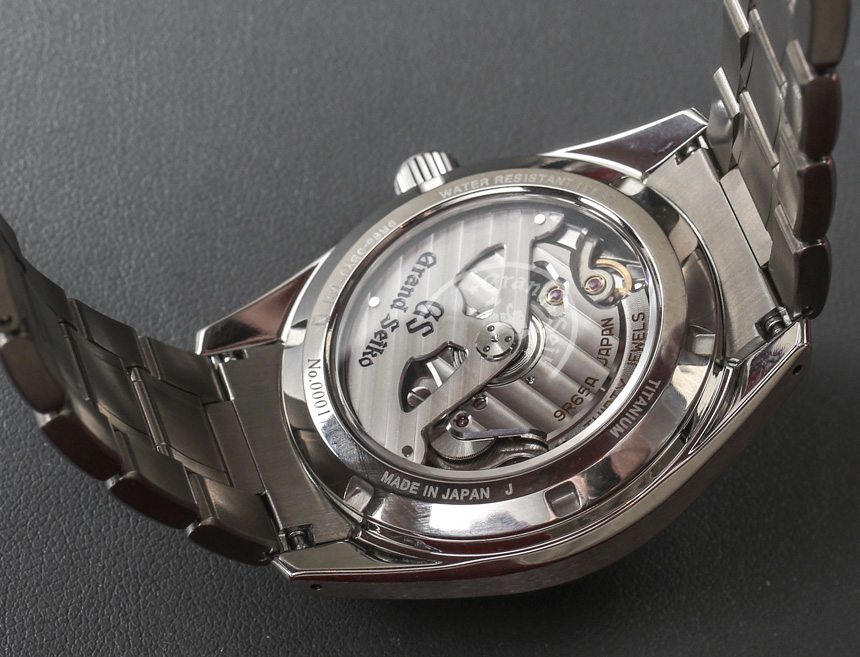 Seiko’s high frequency automatic caliber 9S85 operates at 36,000bph (5Hz) with a power reserve of 55 hours. Very accurate for a mechanical movement, this is a choice movement for horology purists who want the best in performance and longevity. Those a bit more adventurous or looking for something different may prefer the Spring Drive movements which are a bit more accurate (but not by much) since they incorporate quartz crystal regulation with a traditional mainspring powering the otherwise mechanical movement. 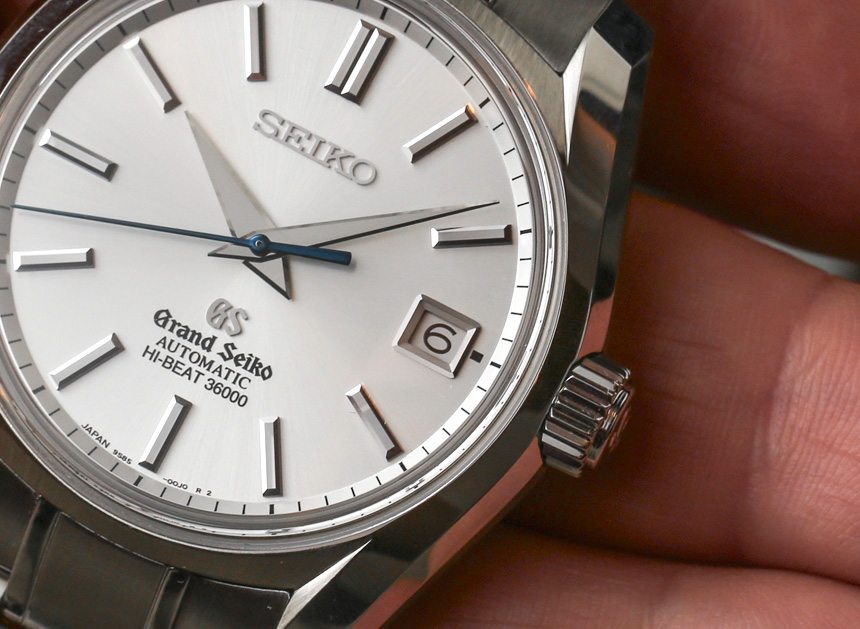 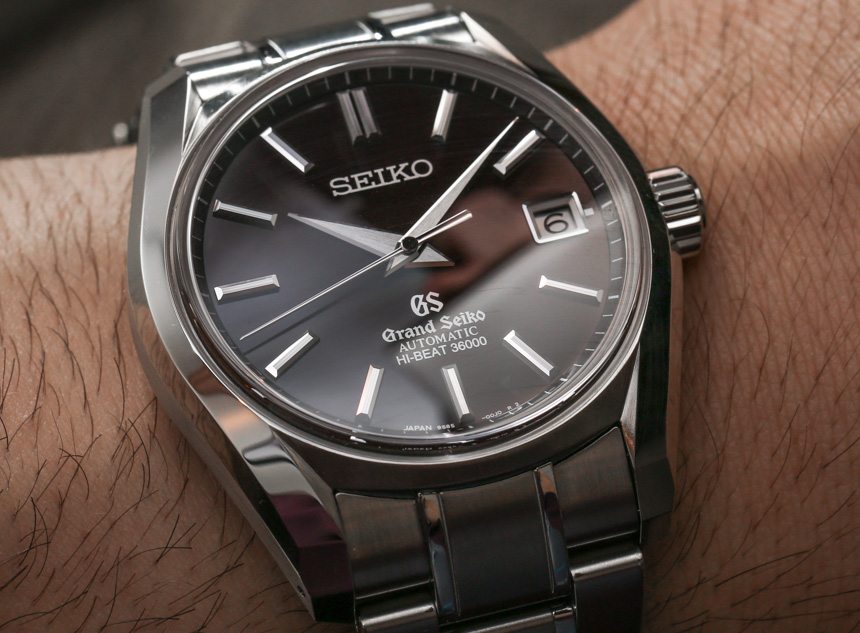 Seiko Hi-Beat fans will really like the wrist-feel of both the Grand Seiko SBGH037 and SBGH039 watches. The former comes with a silver dial that elegantly matches the case while the latter has a deep burgundy dial which ranges from dark brown to black depending on the light. Those perfectly polished and immaculately detailed dials along with the hands and hour markers never get old. Seiko utterly kills it when it comes to material finishing and legibility despite these classic designs.

Interestingly enough, the Grand Seiko Hi-Beat watches are 0.1mm thicker at 12.9mm thick than the 12.8mm thick Spring Drive-based watches, though that size difference is more or less negligible. I will, however, say that thanks to the flared lugs, these watches don’t wear small – which is a good thing for most watch lovers. 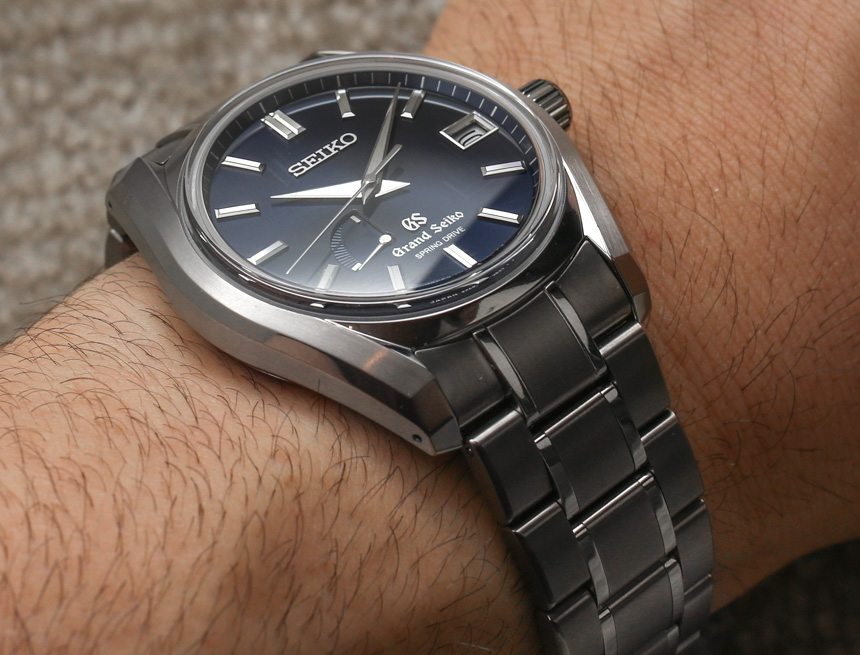 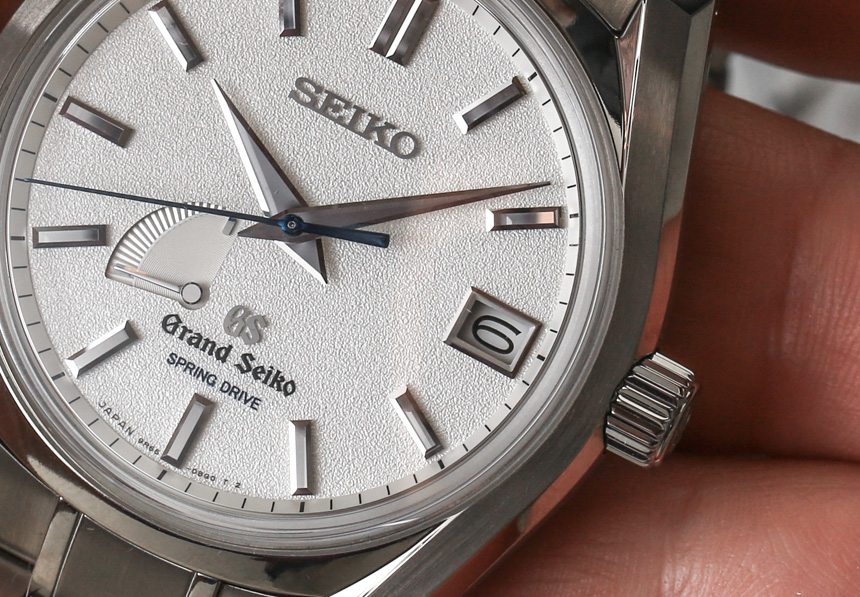 The titanium Grand Seiko SBGA125 and SBGA127 watches with the caliber 9R65 automatic Spring Drive movements for me are really the cherry. The Grand Seiko SBGA125 has a clean while dial with a blue “gliding” seconds hand, while the Grand Seiko SBGA127 is my favorite model of them all with a deep metallic blue dial that matches the titanium case which is slightly darker than steel. Honestly, though, it is almost impossible see the difference between the steel and titanium models unless you pick up the watches and feel the lighter weight of titanium. Seiko does such an impressive job with titanium that it is very much like steel in both look and polish. 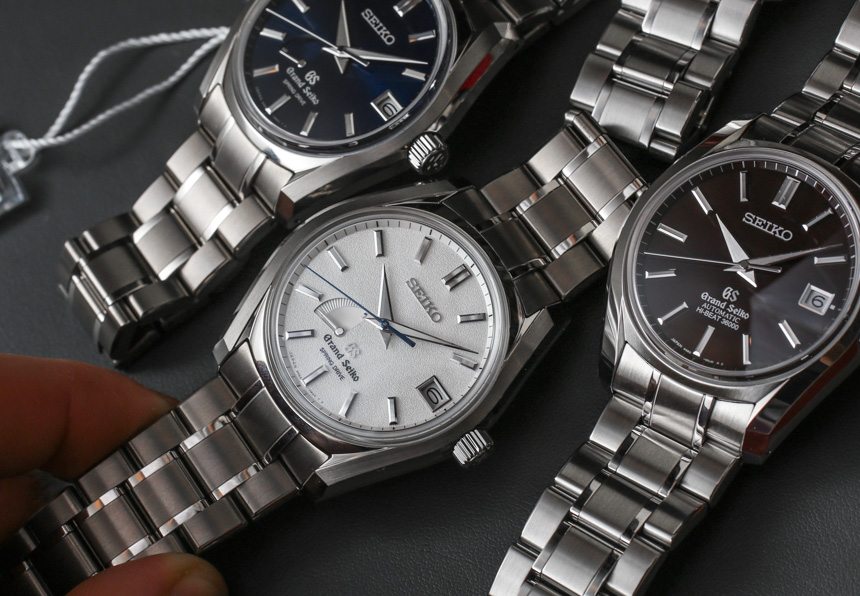 The differences between the the standard collection and these limited edition Grand Seiko Historic Collection models for the 55th anniversary of the 62GS are minor. If you already have a one or more Grand Seiko watches that are similar to these beauties then I am not sure yet another one will be necessary since the differences are so subtle. With that said, the most ardent collectors will want at least one of these because of the great dials. I think collectors who are interested in the look of the original 62GS are perhaps going to be more interested in the models I mentioned above which are intended to be more faithful analogs of the originals. 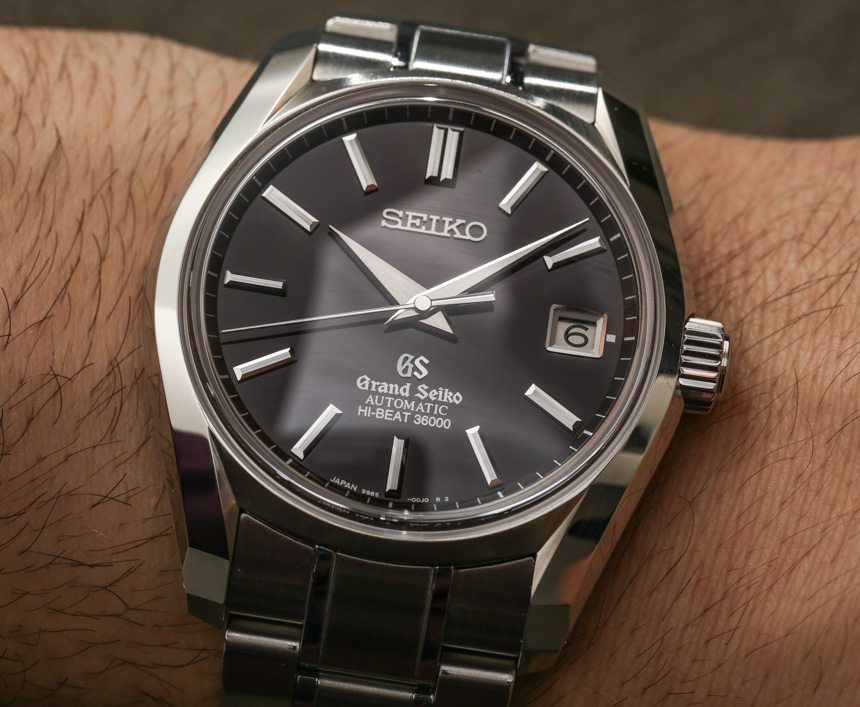 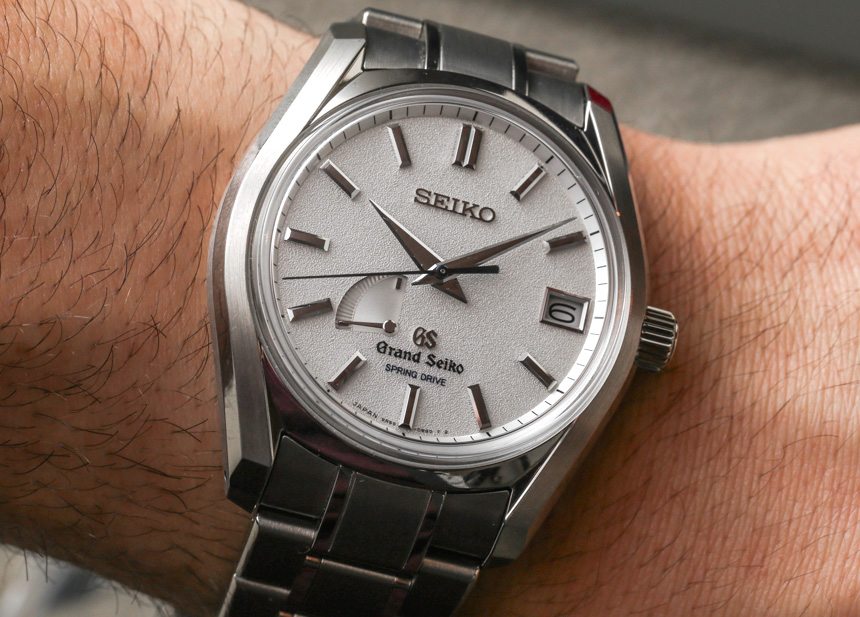