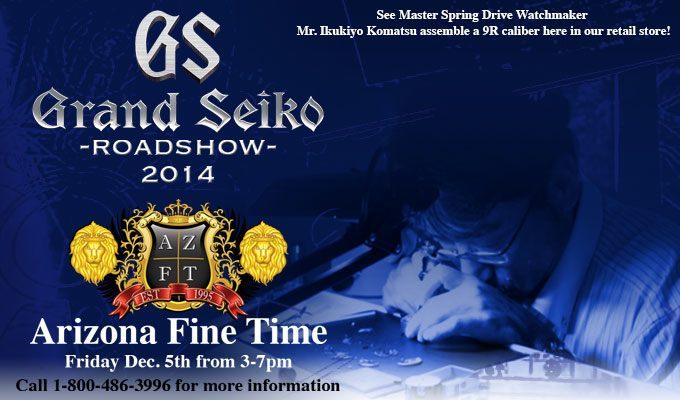 This year commemorates 10 years of the use of Seiko‘s in-house designed and developed Spring Drive movement found in Grand Seiko, known as the 9R caliber. To celebrate this, Arizona Fine Time is hosting our 5th annual Grand Seiko Roadshow, where Master Spring Drive Watchmaker Mr. Ikukiyo Komatsu is being flown in from Shiojiri, Japan, to build a Seiko Spring Drive 9R caliber right here in our retail store for all to see. If you are in the Phoenix area on December 5th from 3-7pm, please feel free to stop by and indulge in complimentary sushi, Asahi beer, and Yamakazi single malt whiskey, and to see an expert assemble the worlds most accurate movement powered by a mainspring. Also, we are proud to bring you a hands-on look at a limited edition model made to honor the 10 year 9R anniversary, the Grand Seiko Spring Drive SBGA109. 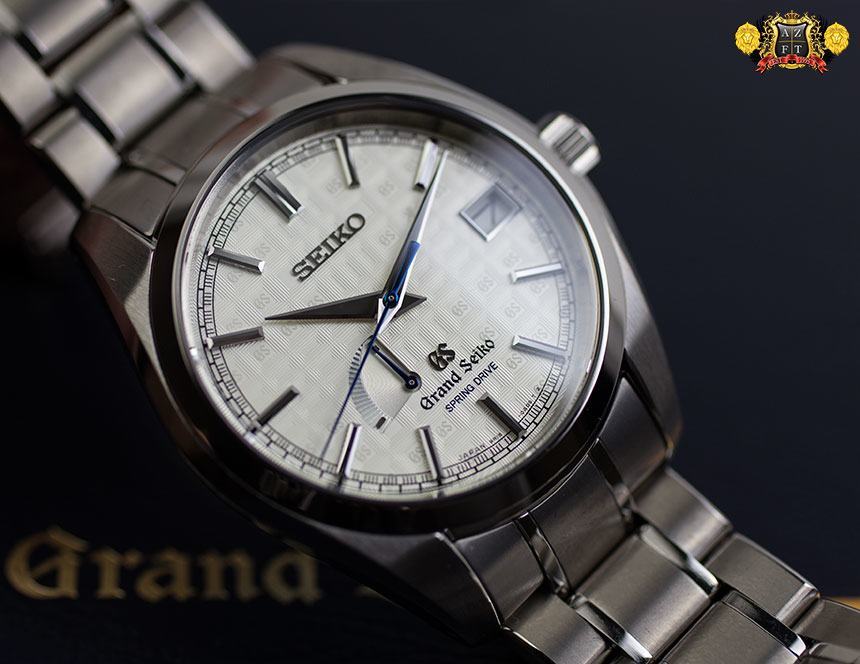 The development of Spring Drive was something that did not come without difficulty. In fact, the development process was something that involved over 600 prototypes, 230 patents, and over 27 years of development. The concept was conceived by an engineer named Yoshikazu Akahane, who had started working with Seiko in 1971. In 1977, he came up with the concept of “the perfect watch” that combined the elegance and craftsmanship of mechanical movements, but the accuracy of quartz. A small number of limited pieces had featured a hand winding Spring Drive movement previously, but in 2004, Akahane’s vision was first introduced to Grand Seiko in the self-winding Seiko Spring Drive 9R caliber. 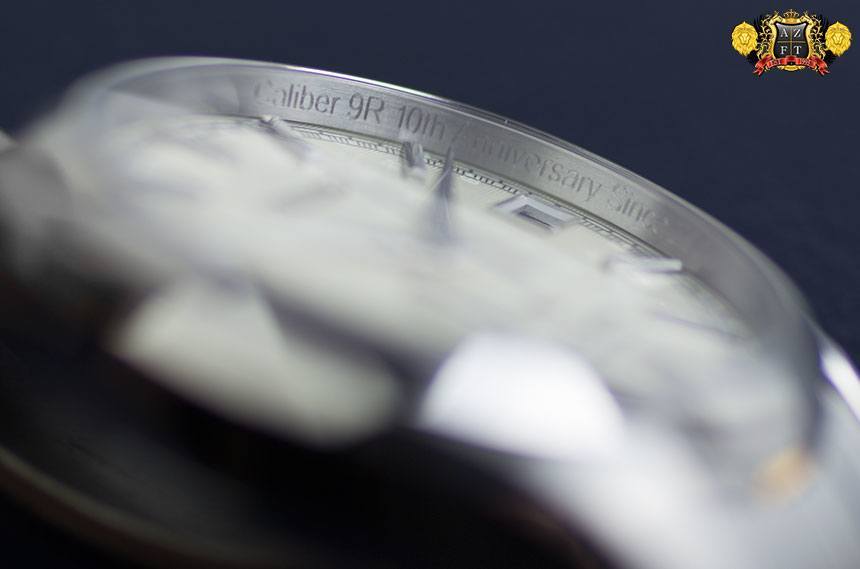 The SBGA109 pays tribute to the introduction of the Seiko Spring Drive 9R in many ways. To start, the dial’s pattern is symbolic of the Japanese kanji symbol for the number ten, which looks similar to a cross or “+” sign. This criss crossed pattern also narrows towards the center of the dial expressing a look of an actual “10” as the smaller squares meet the larger ones.  Spread across this grid-type pattern are small “GS” logos. They are quite subtle, but once exposed to light at the right angle, can easily be seen. At the 10 minute marker, you will instead find the Grand Seiko lion logo, again expressing the 10th Anniversary of the Seiko Spring Drive 9R. 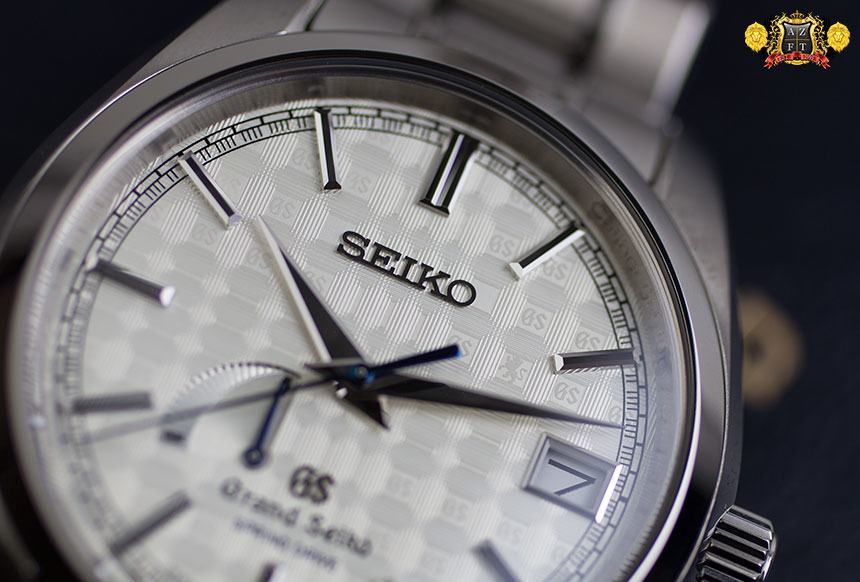 The dial also uses a double track railway pattern measuring 1/5th of a second to express the incredible accuracy of Spring Drive, which I will elaborate more on shortly. The second hand and power reserve hand are both in a heat treated blue, adding a nice color compliment to the dial to give it character. The hour and minute hands are meticulously diamond cut to razor sharp edges with 5 angles and are so highly mirror finished, you can see your own reflection in them. The indexes also carry this attribute, allowing them to reflect even small amounts of light, making them legible in low light situations. A dual curved sapphire crystal protects the dial and uses Seiko’s proprietary anti-reflective coating preventing glare, with no blue hue to it, just crystal clear. 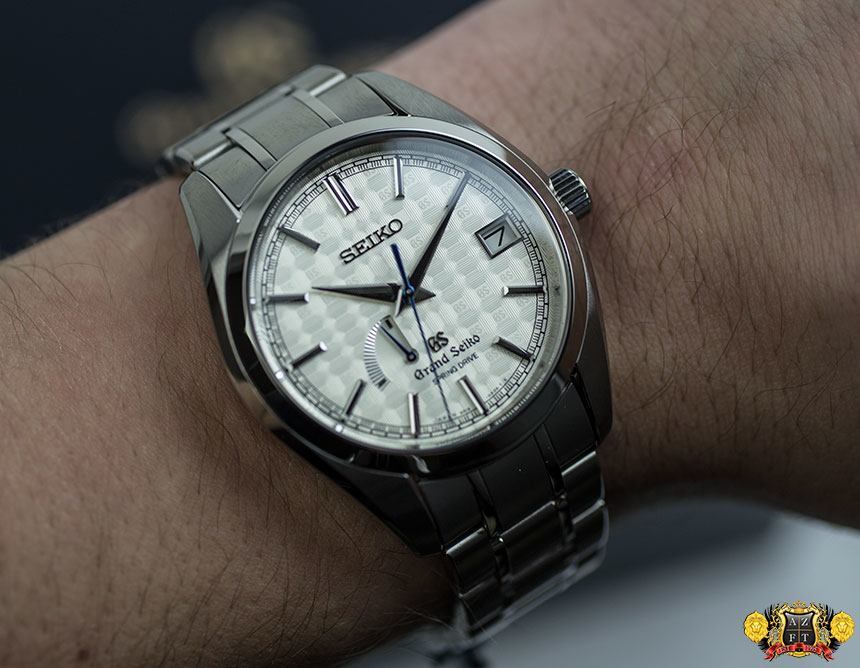 The case of the SBGA109 is 41mm wide and 12.5mm thick. The material used is Seiko’s proprietary “Bright Titanium,” a special alloy that is harder then pure titanium, but also retains its corrosion and allergenic resistance, but is 40% the weight of stainless steel. At only 100g, it is incredibly lightweight and comfortable. The case and five piece link bracelet also utilize Zaratsu polishing, an art form of katana blade polishing that has been implemented on Grand Seiko since 1964. This gives the metal a distortion-free mirror finish that can only be achieved by hand, and by only a small handful of very experienced craftsmen. 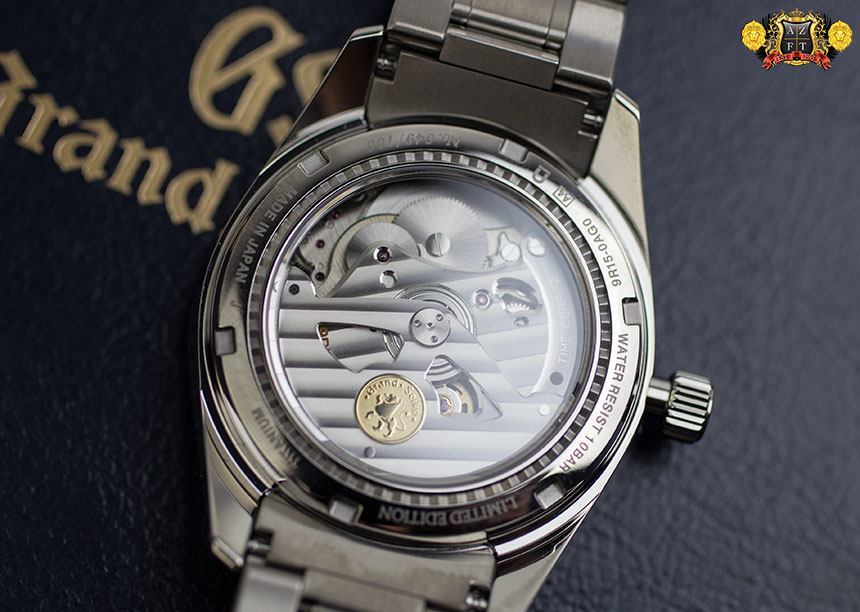 Now onto one of my favorite parts about this piece: the movement. Typically, in Grand Seiko 3-hand power reserve models, you will see the 9R65. This movement uses a mainspring as with most mechanical watches, and as the mainspring unwinds in its barrel, it in turn moves the gear train, moving the hands. In a traditional mechanical piece, the regulating of the mainspring unwinding to keep appropriate time is done by the escapement, which relies on the balance wheel rocking back and forth on the small and sensitive hairspring. 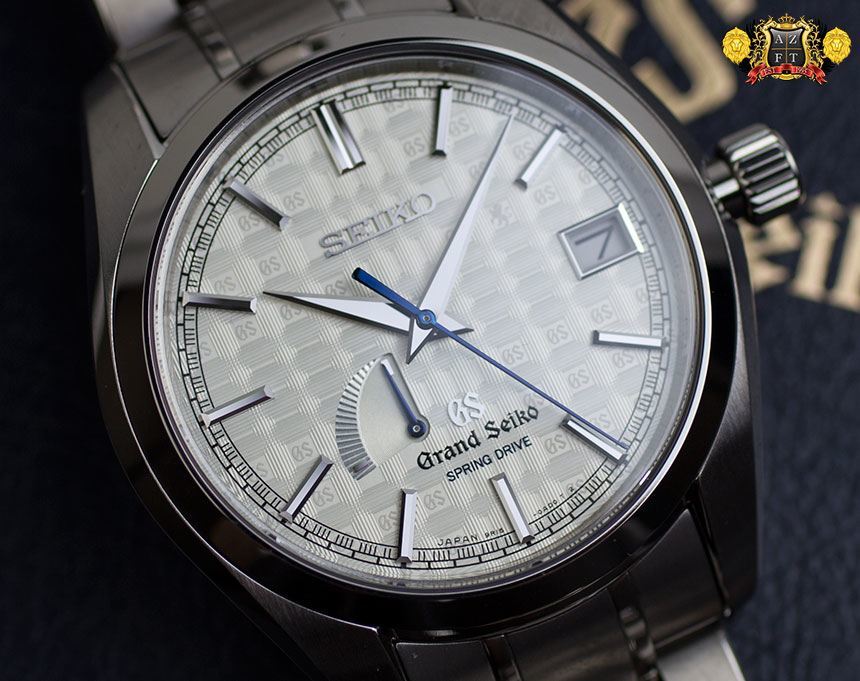 In Spring Drive, the traditional escapement is replaced with what is called the Tri-Synchro Regulator. As the mainspring unwinds, it provides movement to the gear train, but instead of propelling the escapement, it turns a uni-directional gliding wheel at the end of the gear train. When this wheel turns, a small amount of electricity (25 nanowatts) to power an IC and quartz crystal. The high frequency from the quartz crystal (32,768 hz) is relayed through the IC and sends timing information to an electro-magnetic brake which controls how fast the gliding wheel turns, allowing it only 8 rotations per second. In the end, you have a smooth gliding second hand with no stutter, thanks to its uni-directional motion, and quartz-like accuracy of +/- 15 seconds a month with no battery, just the power of the mainspring. 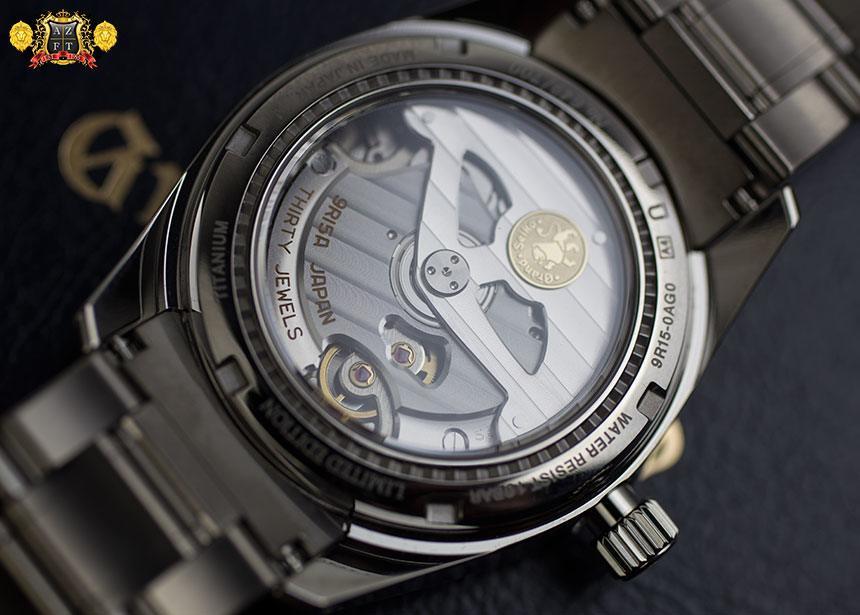 However, this is not the typical 9R65 found in most Grand Seiko, this is the 9R15, which debuted in 2010. The difference aesthetically is only in the rotor, bearing an 18k gold Grand Seiko lion medallion, but both do have a tremendous amount of striping and perlage noticeable on lower portions of the movement. The real difference is in the quartz crystal used for regulation. Due to the fact that Seiko grows their own quartz crystals in house, they have the advantage of specially selecting the highest performing ones. In the 9R15, this specially selected quartz crystal provides the movement with an outstanding accuracy rating of +/- 10 second per month. Because of the limited availability of these quartz crystals, the 9R15 movement is only produced for limited edition models, with the SBGA109 limited to only 700 pieces for the world. MRSP on the Grand Seiko Spring Drive SBGA109 is $7,000 USD and can be purchased at AZFineTime.com.