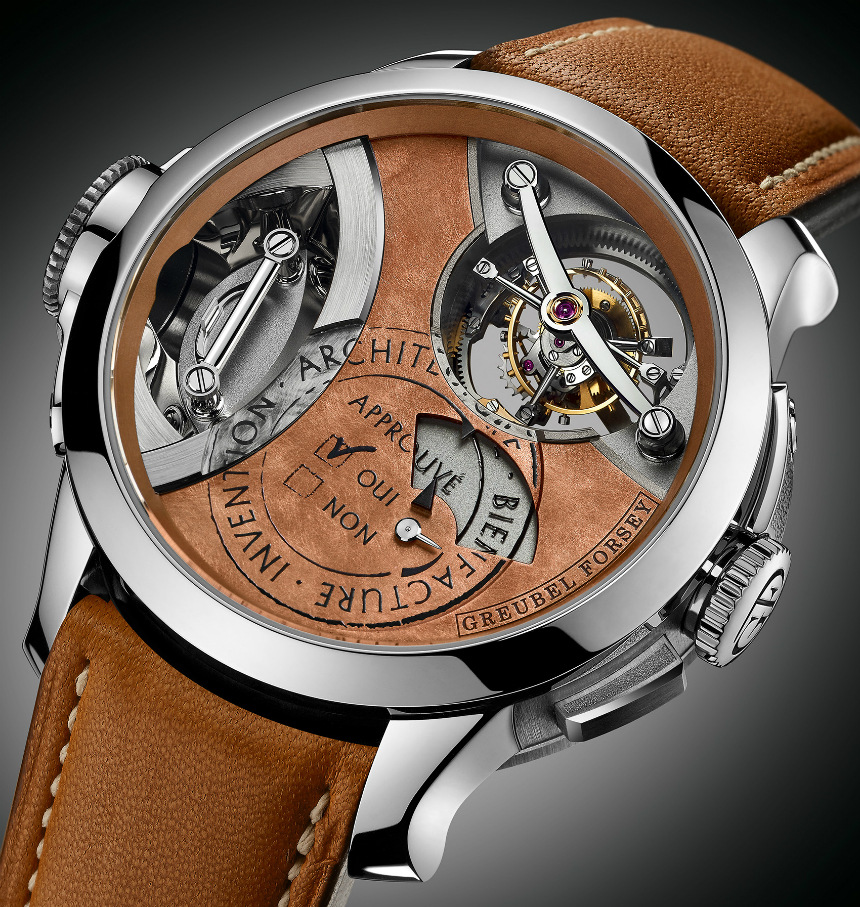 Greubel Forsey typically launches its novelties during the SIHH watch salon in Geneva, but they chose the Baselworld stage to present the latest addition to their Art Piece collection. The new Greubel Forsey Art Piece 2, Edition 1 is an introspective, “insiders-only” watch that is something of a coded celebration of the two men behind the brand and their gravity-defying Double Tourbillon 30º creation. Packed with “secret messages” and horological illusions, this is a watch that connoisseurs of Greubel Forsey will enjoy on a deep level. 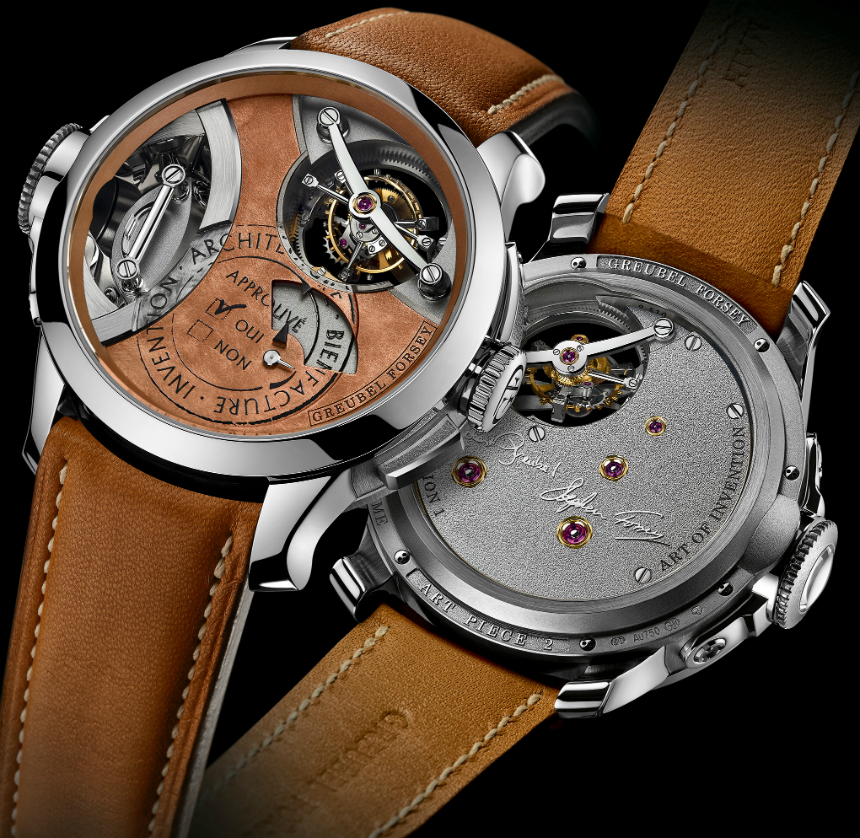 The first Greubel Forsey Art Piece 1 watch (hands-on here) was launched in 2014, followed by a second watch called Art Piece 1 Tribute to Robert Filliu in December of the same year, and now we have the Greubel Forsey Art Piece 2, Edition 1. In spite of the confusing numerical naming, the third watch in the Art Piece series shares all of its siblings’ traits – like the miniature sculpture hidden in the crown, which can only be seen through a series of lenses. In this case, the miniature effigy lodged in the crown is a microscopic engraving of the Double Tourbillon 30º, a complication intimately associated with the brand and the first invention patented by Greubel Forsey in 2001, presented to the world at large in 2005. 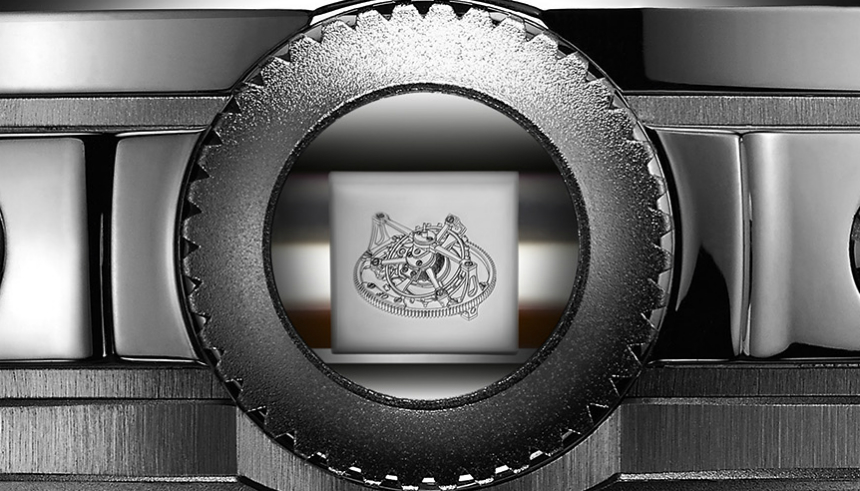 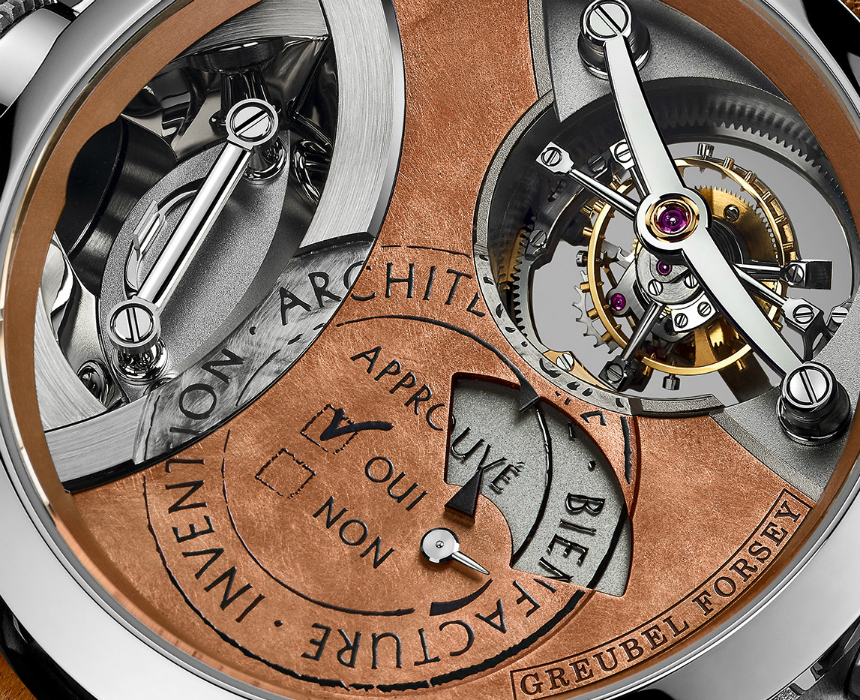 For the Greubel Forsey Art Piece 2, Edition 1, the Double Tourbillon 30º floats freely in a vacuum from 12 to 2 o’clock and is held in place by two bridges, beautifully polished to a mirror-like finish. What looks like a rubber-stamp seal of approval appears just below with Robert Greubel and Stephen Forsey’s horological tenets of invention, architecture, and good quality all checked and approved. What a surprise if they weren’t. 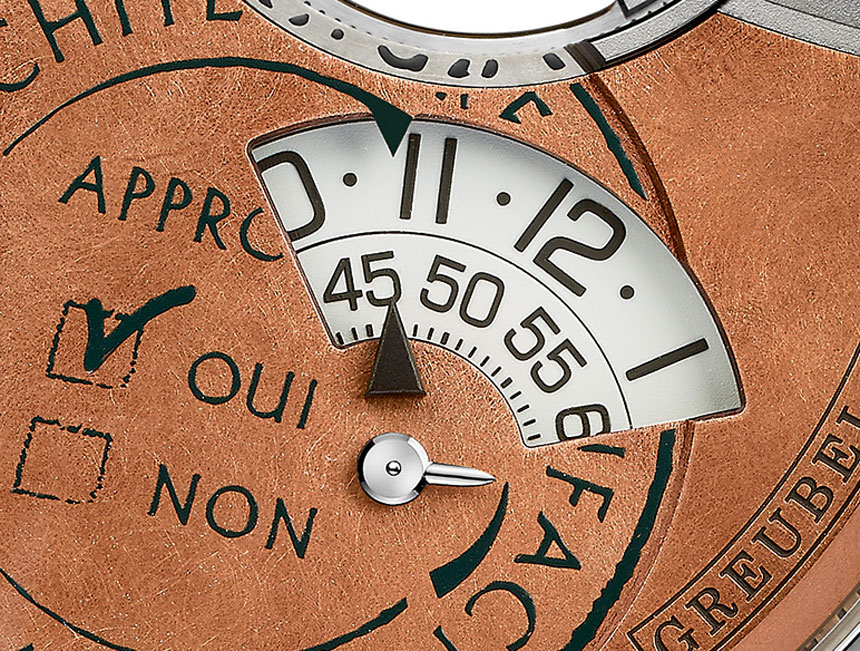 Since this Greubel Forsey Art Piece 2, Edition 1 is intended as a treat for those in the know, nothing is obvious, and telling the time requires insider knowledge. By depressing the pusher at 4 o’clock, a fan revealing the hours is activated to show the hour and minute, indicated by two of Greubel Forsey’s omnipresent triangles. As you can see, this is hardly an intuitive reading of time, but that was never really the spirit behind the watch. The power reserve, however, is always visible. The attractive texture of the bronze dial adds warmth to the cool titanium case, although we still don’t know its exact dimensions. 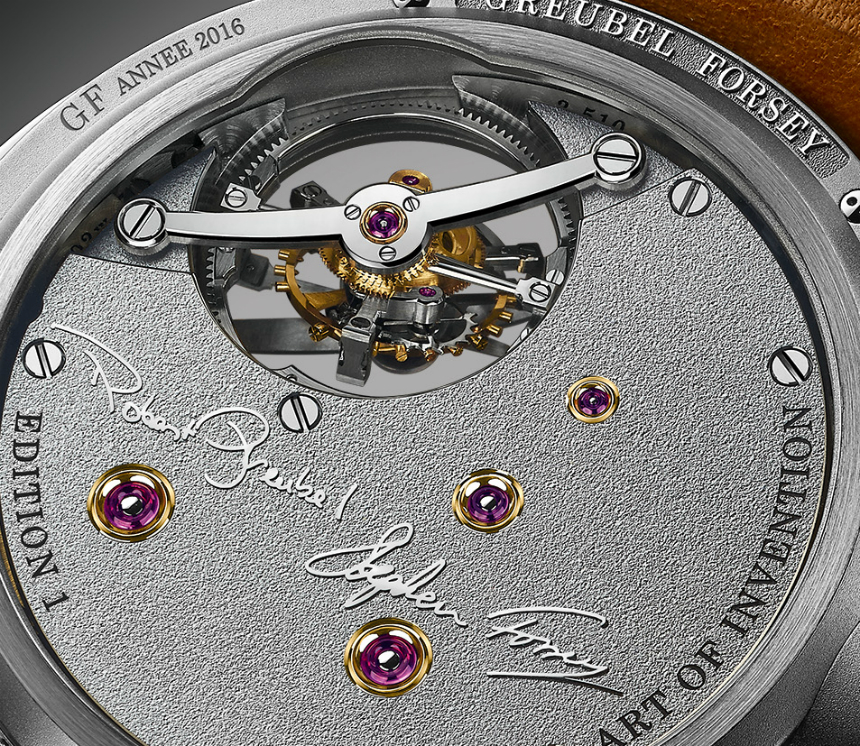 The beautifully finished caseback is engraved with the signatures – dare we say “autographs” – of the two watchmakers and provides a serene contrast to the busy dial. Only a few units of the Greubel Forsey Art Piece 2, Edition 1 will be produced every year, and will be priced at 590,000 CHF. gruebelforsey.com.