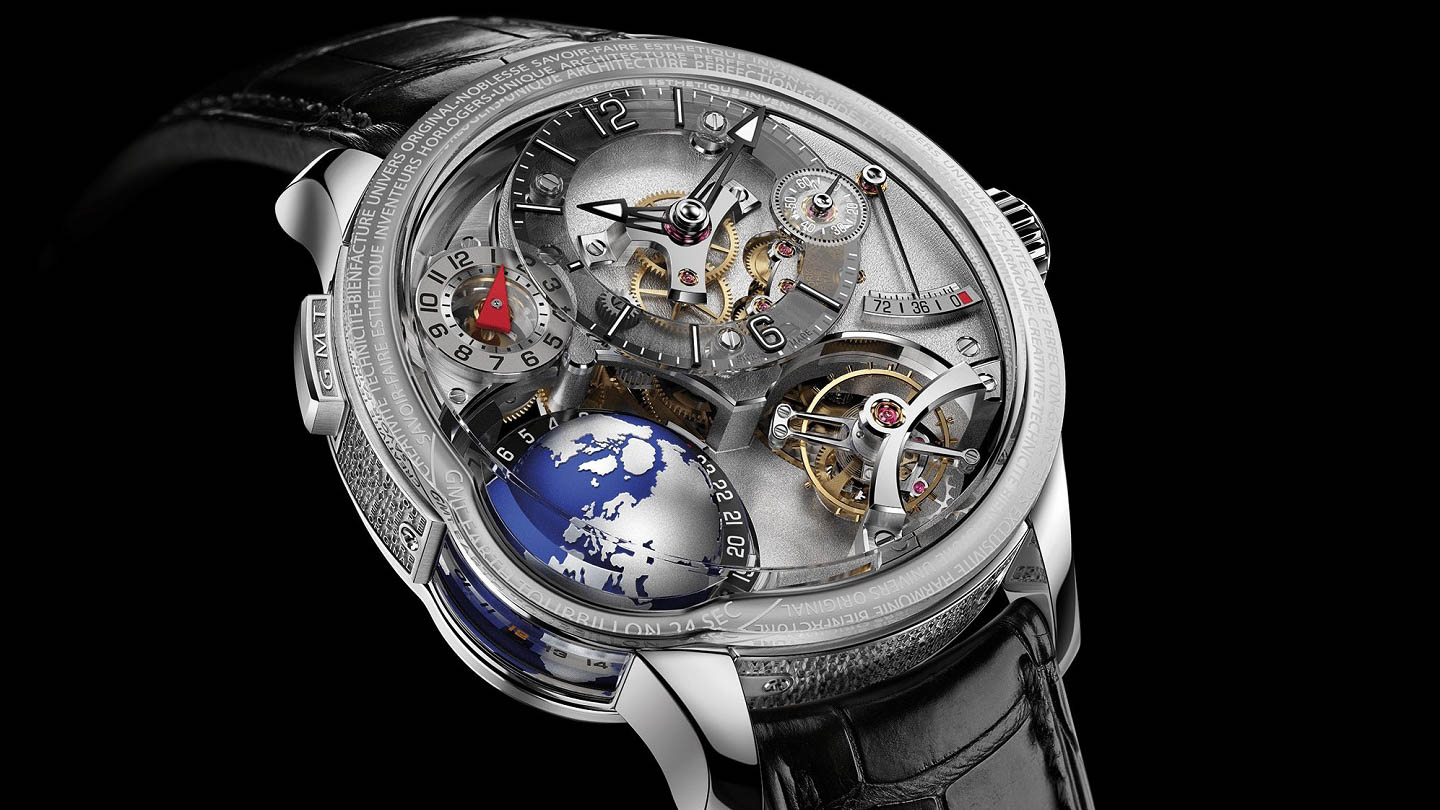 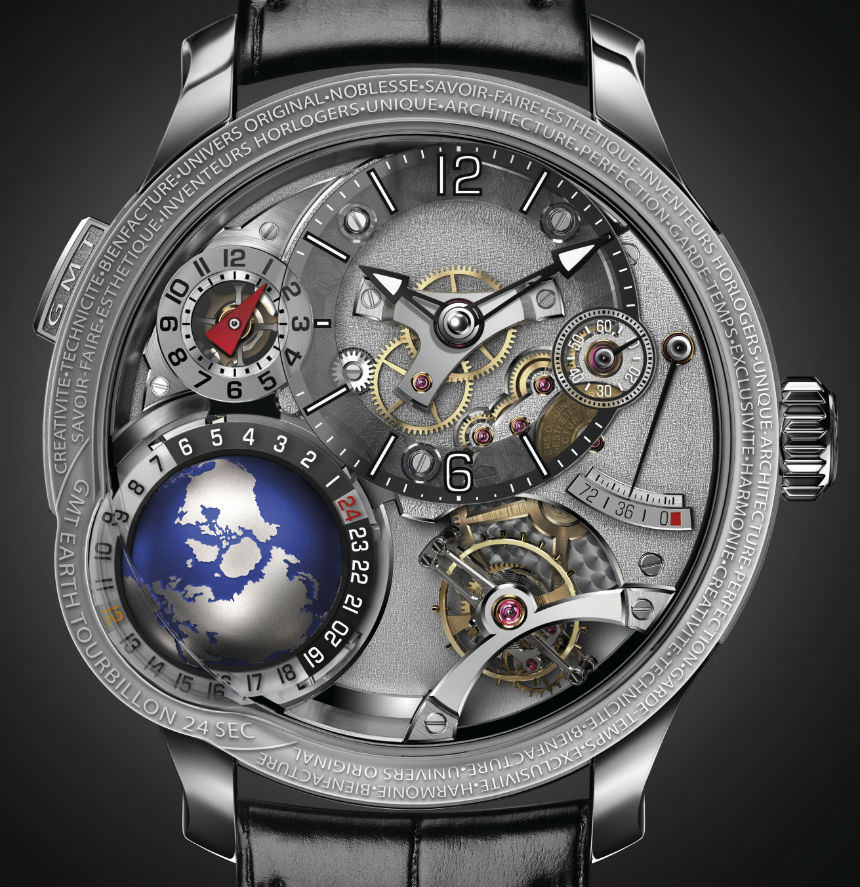 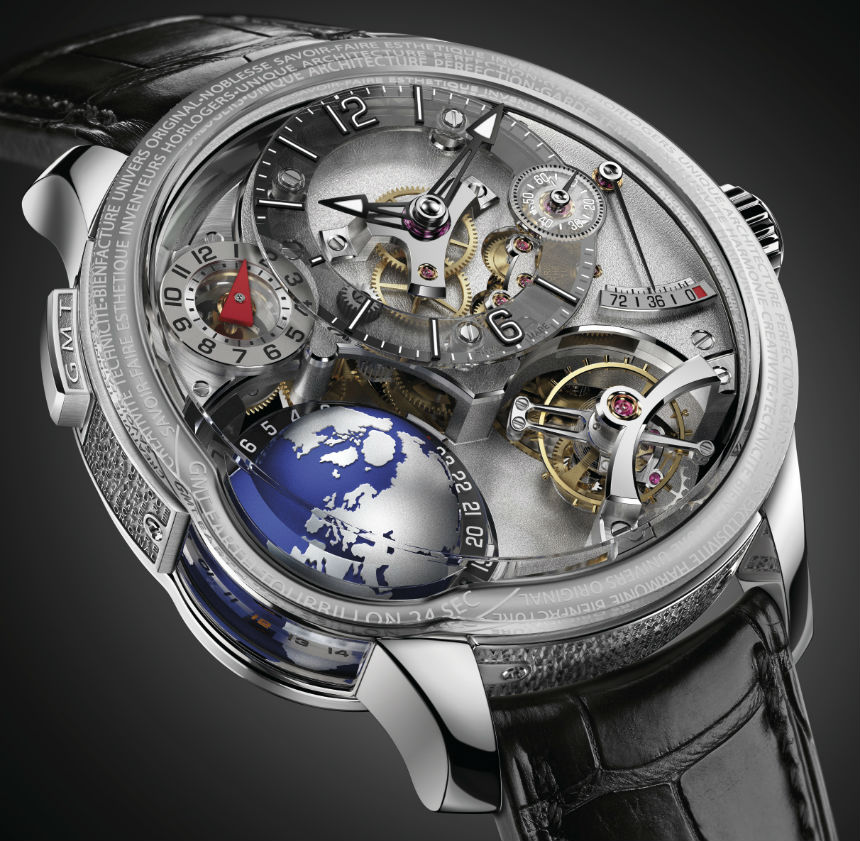 The Greubel Forsey GMT Earth only comes in white gold and is, as I mentioned earlier, and updated version of their GMT watch. You know, the bonkers watch with an inclined 24 seconds tourbillon and an actual spinning globe on the dial? Case diameter is 45.5mm and case height is 16.18mm, making the GMT Earth a chunky watch. In terms of complications and functions, the GMT Earth is identical to the original GMT. What has changed, however, is some aesthetic detail on the dial and most importantly, the globe. The globe on the GMT Earth is now entirely visible from the North to the South pole.

Achieving this is no mean feat and required Greubel Forsey to exercise all their knowledge about applying sapphire crystals to the movement. The end result, at least from the press photos, seems to be worth it as there is a greater sense of drama and airiness that comes from having a fully exposed globe. Elsewhere, the GMT Earth has all the same functions and complications as the original GMT watch. The time is displayed on an off-center dial and to the left is a sub-dial for a second time zone. The spinning globe is positioned below the GMT sub-dial and can be used to quickly (and roughly) tell the time anywhere in the world. Finally, at the bottom right corner of the dial is the 24 seconds tourbillon and power reserve indicator. 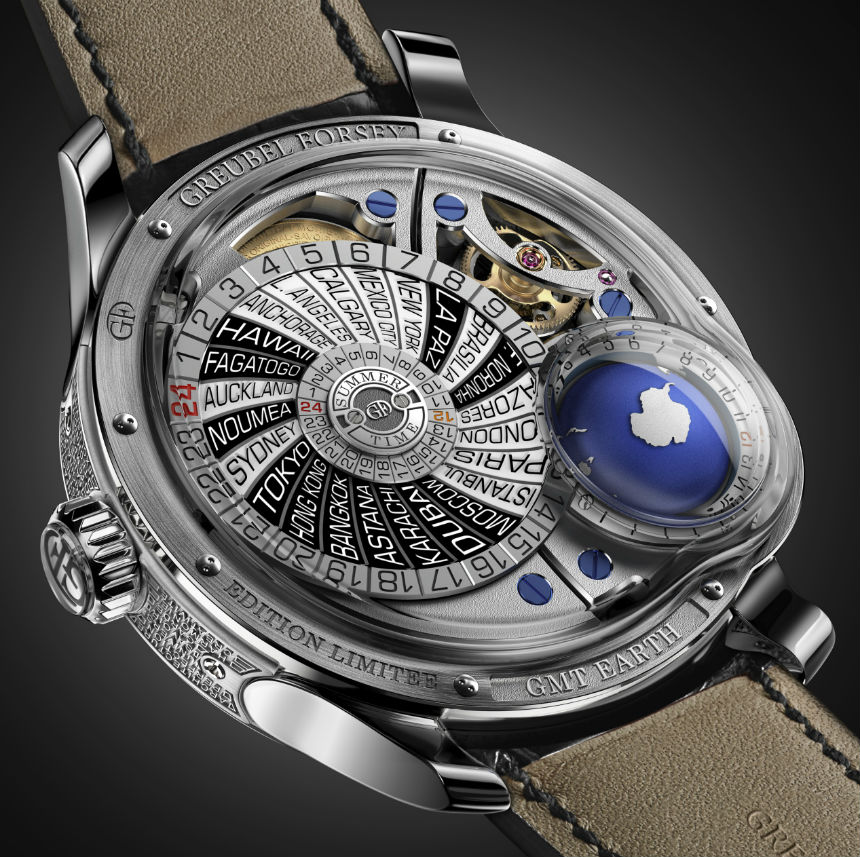 Turning the watch around, you can now see the bottom of the globe and you still have the useful 24-city world time disc, which shows the time in 24 time zones. The disc even has handy indicators to show which cities observe daylight savings time. Like all other Greubel Forsey watches, the GMT Earth is finished to an extremely high degree. The GMT pusher at 10 o’clock, for example, has a raised engraving on a hand-punched background. The main plates of the movement are made of nickel silver and are frosted and spotted with polished beveling. Likewise, the bridges are frosted and beveled and have special nickel-palladium treatment. The tourbillon bridge features flat black polishing, which is extremely laborious and difficult to accomplish. This is just a handful of the finishing treatments done to the GMT Earth. 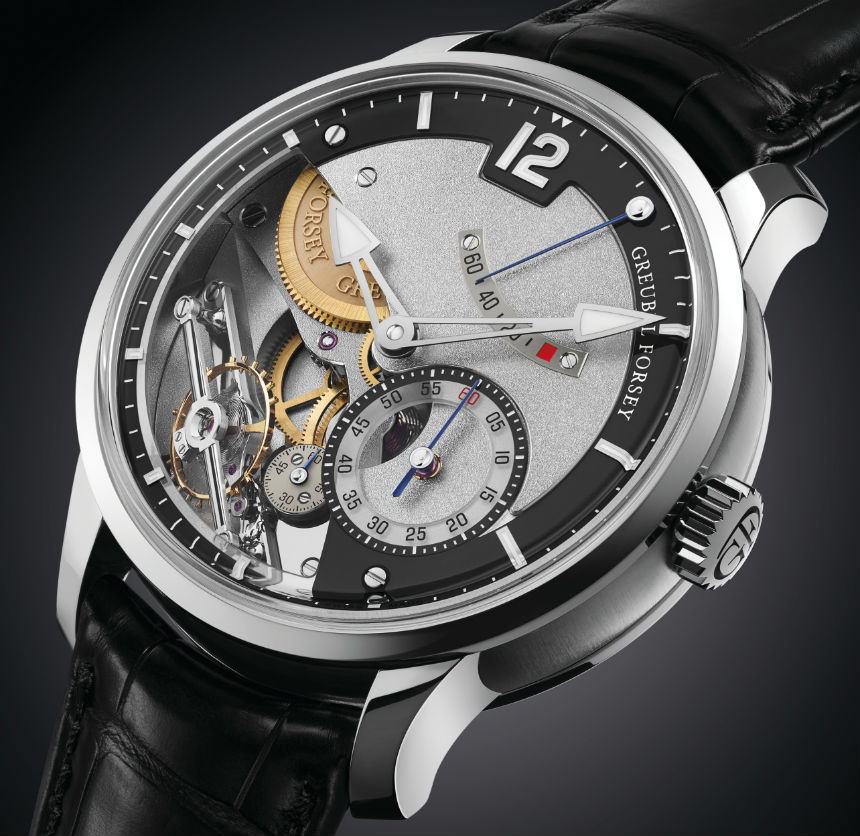 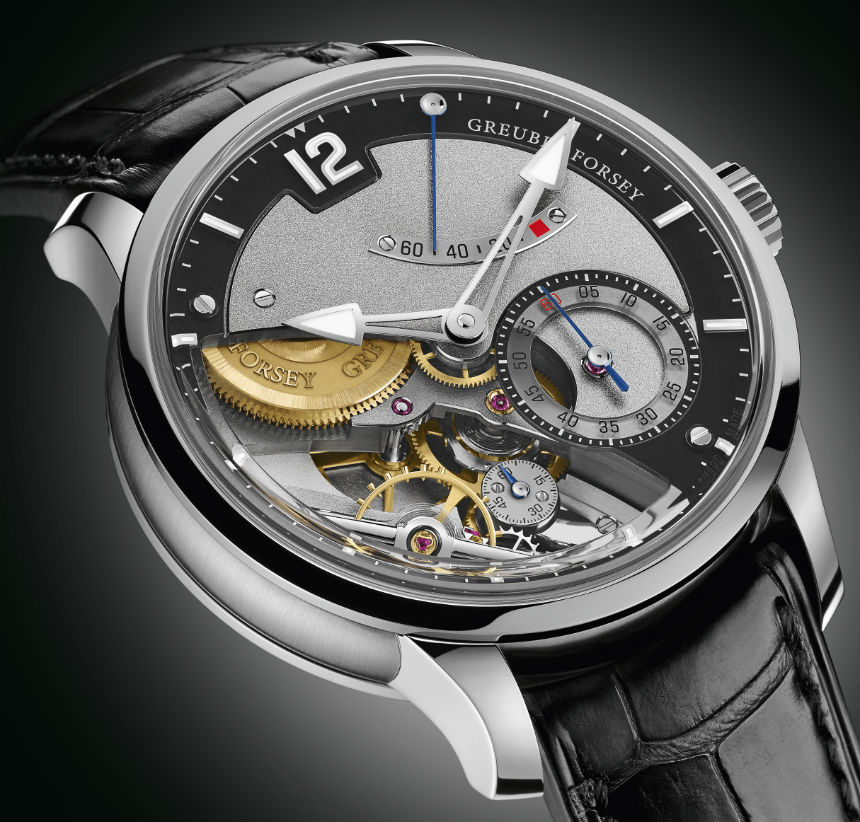 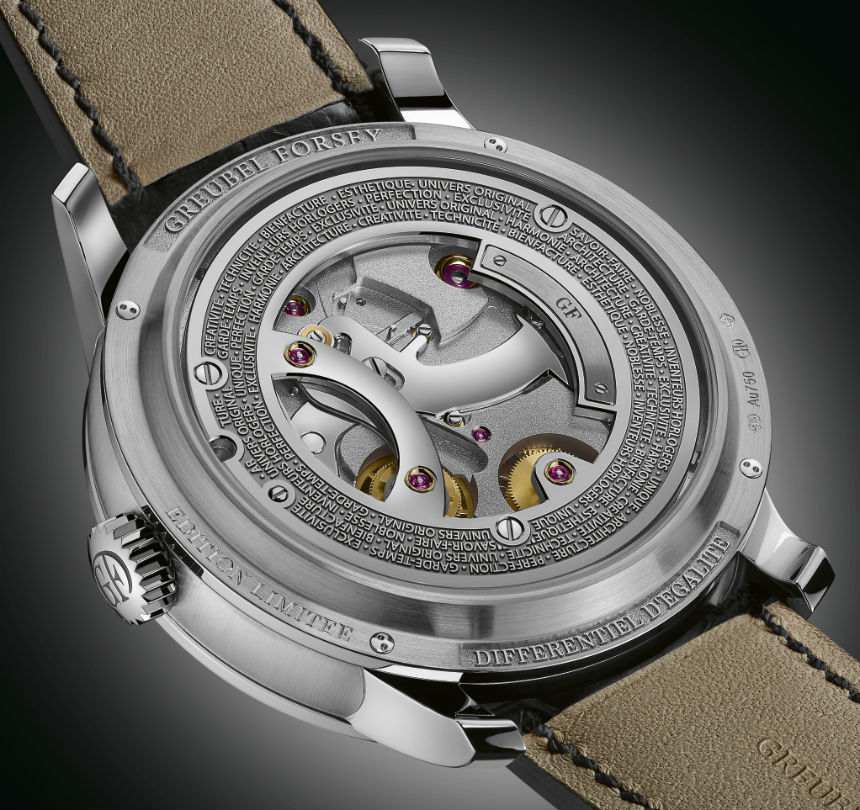 The Greubel Forsey Différentiel d’Égalité has a manually wound movement consisting of 359 parts and a power reserve of 60 hours. The movement is highly finished with frosted main plates and bridges, polished bevels and jewel countersinks, and relief engraving on components like the barrels.