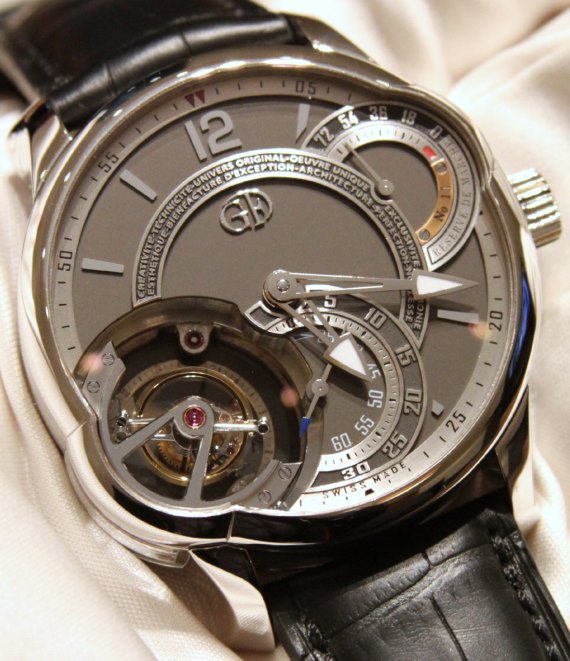 In platinum, the watch case and dial of this Greubel Forsey Tourbillon 24 Secondes (yes, spelled like that) watch feel as though they were milled from a solid piece of the precious metal. There is so much platinum in this watch – it boggles the mind. Actually, the the dial, markers, and hands are in gold – but they are toned to look like platinum. I believe that 2010 model of the Tourbillon 24 Secondes is only available in platinum. I am sure there will be gold models soon, but gold is… so pedestrian, right? Unlike the watch that is featured in the video, the platinum model for 2010 has a redesigned dial – which is better in my opinion – as well as some other changes. 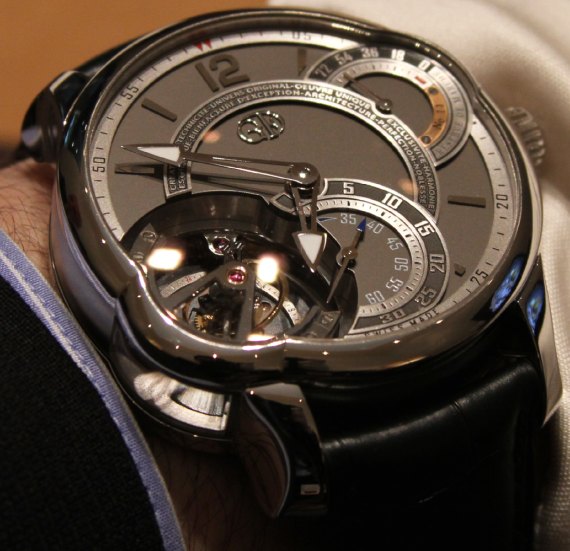 In that video you can see exactly how this movement operates. The tourbillon is oriented at an incline, and moves around its axis once each 24 seconds. For that reason there is a subsidiary 60 seconds dial that is placed right next to it. Movement is the Greubel Forsey made calibre GF 01, and like all Greubel Forsey movements, it is beautifully designed and finished. I want to mount out (because you’ll likely miss it), that the bridge over the tourbill0n is different in this model (compared to previous models – that were actually called the Tourbillon 24 Seconds Incline watch. The bridge is now an elegant arch. There is actually gold in the movement as well, and on various other parts of the watch (such as for the chatons, some bridges, Greubel Forsey logo, etc… If you look carefully, you’ll also notice titanium parts of the movement as well. The movement has 72 hours of power reserve, and in addition to the time and tourbillon, has a power reserve indicator on the dial. Realize that the movement is all hand decorated and finished. The work is so detailed, so meticulous that it is hard to believe someone would take the time to do it. But at Greubel Forsey, and at Greubel Forsey prices, that is part of what you are paying for.

In addition to the sapphire crystal on the dial and caseback, there is a curved crystal on the side of the case with a nice view into the happenings of the tourbillon. Everything about the watch aside from looking at it head on involves the movement and its beauty. At the same time, unlike other watches like the beautiful Greubel Forsey Double Tourbillon Technique, the 2Tourbillon 24 seconds doesn’t have the most “open” of movements. Still, it is amazing to look at, even just the polishing. 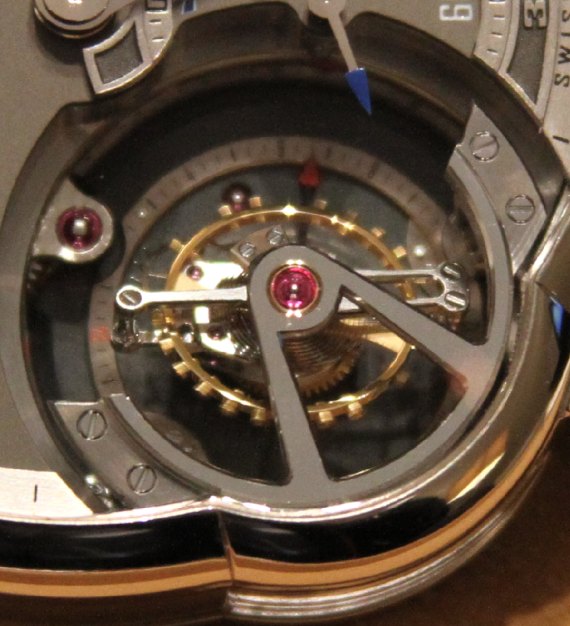 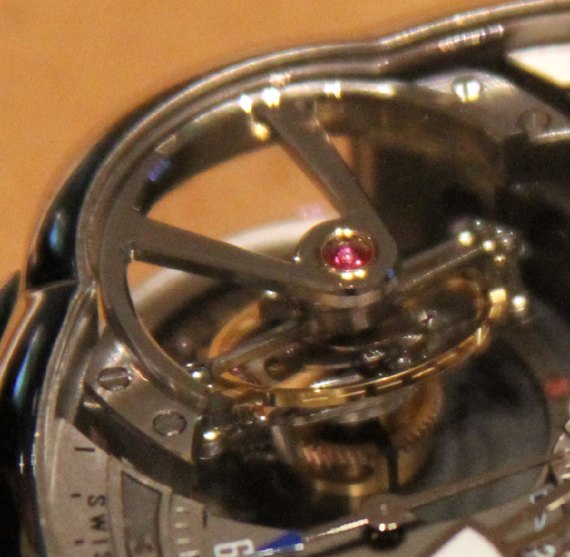 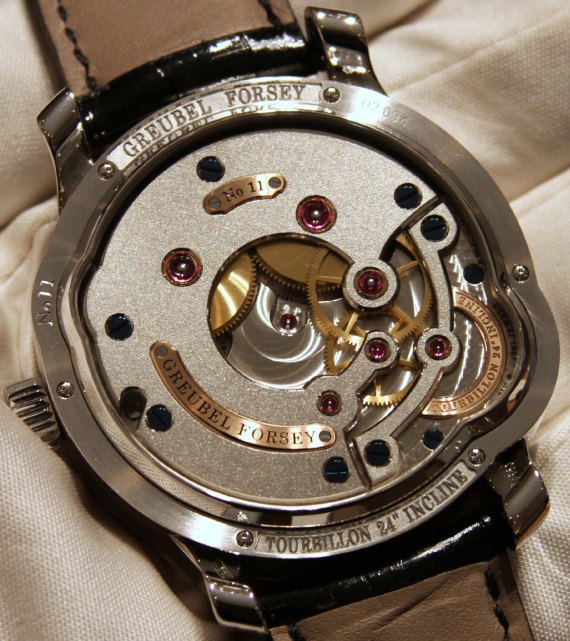 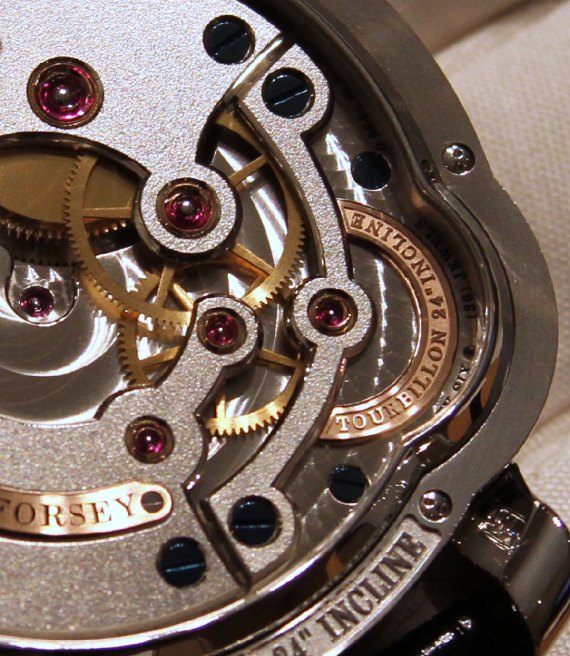 The watch case itself (heavy with metal) is 43.5mm wide and just over 16mm thick. It has a very good polish to it (hard to do with platinum), and while it is round, there are bulges for the tourbillon and power reserve indicator. There are stylistic really – you either love them or you don’t. The first Greubel Forsey Tourbillon 24 Secondes watch was certainly a bit underwhelming in the dial department, but this 2010 version is getting better. What Greubel Forsey is starting to understand, is that they need to make watches that dials that are as impressive as the movements inside of them. Only the most knowledgeable watch geeks in the world know how to appreciate these pieces. Though as the dial designs get better, the brand gets more and more impressive to “lay people” (in this context), as well as less educated watch lovers.