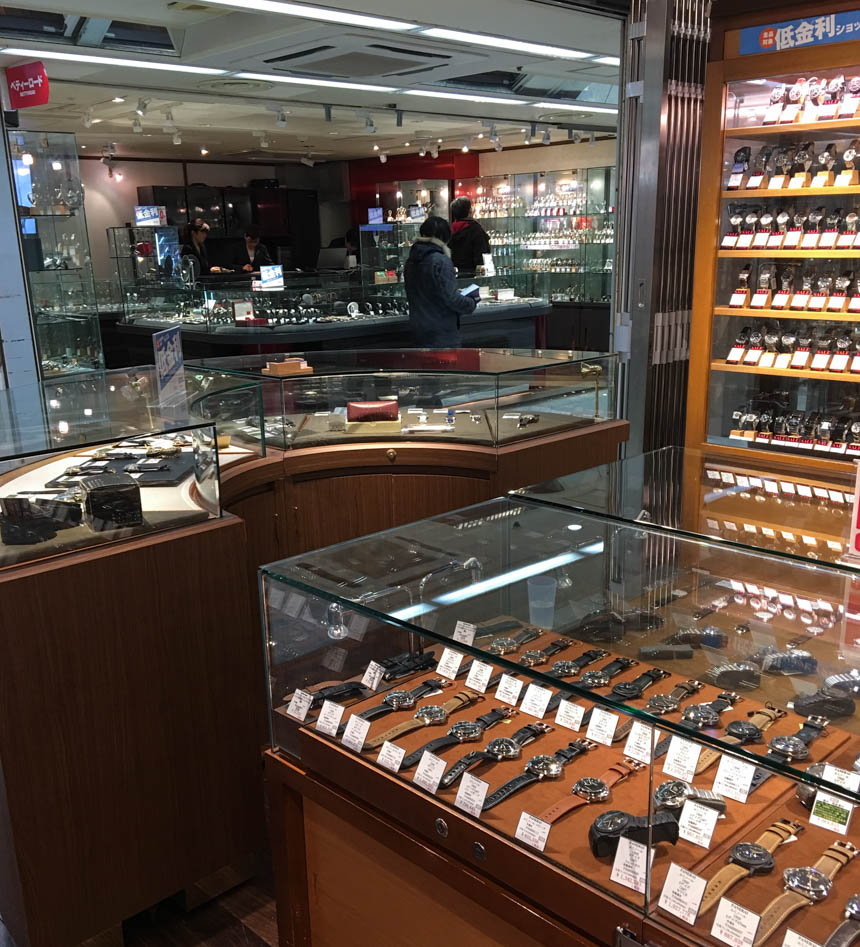 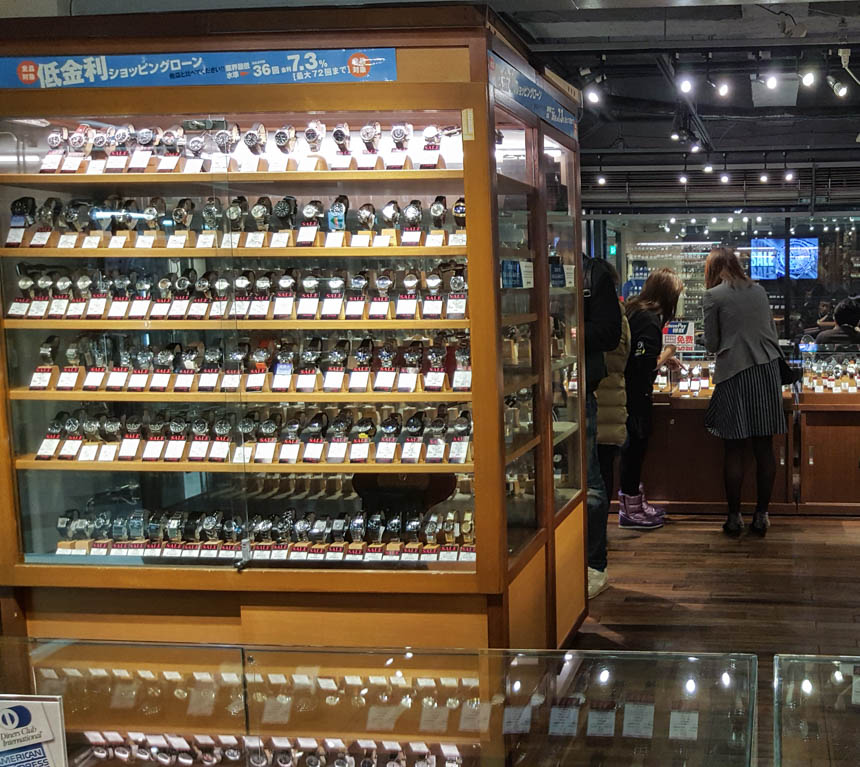 Part of being a watch collector is hunting for watches. Even if you are fabulously wealthy and can afford to pay people to track down hard-to-find watches for you, so much of the experience of collecting is lost in not discovering and searching for timepieces yourself. Watch collectors are increasingly aware that Japan is a very good place to find pre-owned modern and vintage timepieces, but actually acquiring said watches from Japan is a less-than-user-friendly experience (for the most part).

I typically don’t write guides like this, but I felt compelled to do so after my own experiences in and out of Japan looking for pre-owned and vintage timepieces for myself as well as others. With Tokyo being a hub of watch collector activity in Japan, it is a good place to focus on if you are traveling to Japan looking for watches. I also want to answer the question of why looking for used and vintage watches in Japan is a “big deal.” There are a few reasons for this, but I should also point you to another aBlogtoWatch article which focused on explaining the vintage watch market in Japan. This particular article is more a guide to actually being in Tokyo and figuring out a good plan of attack for how to spend your time. 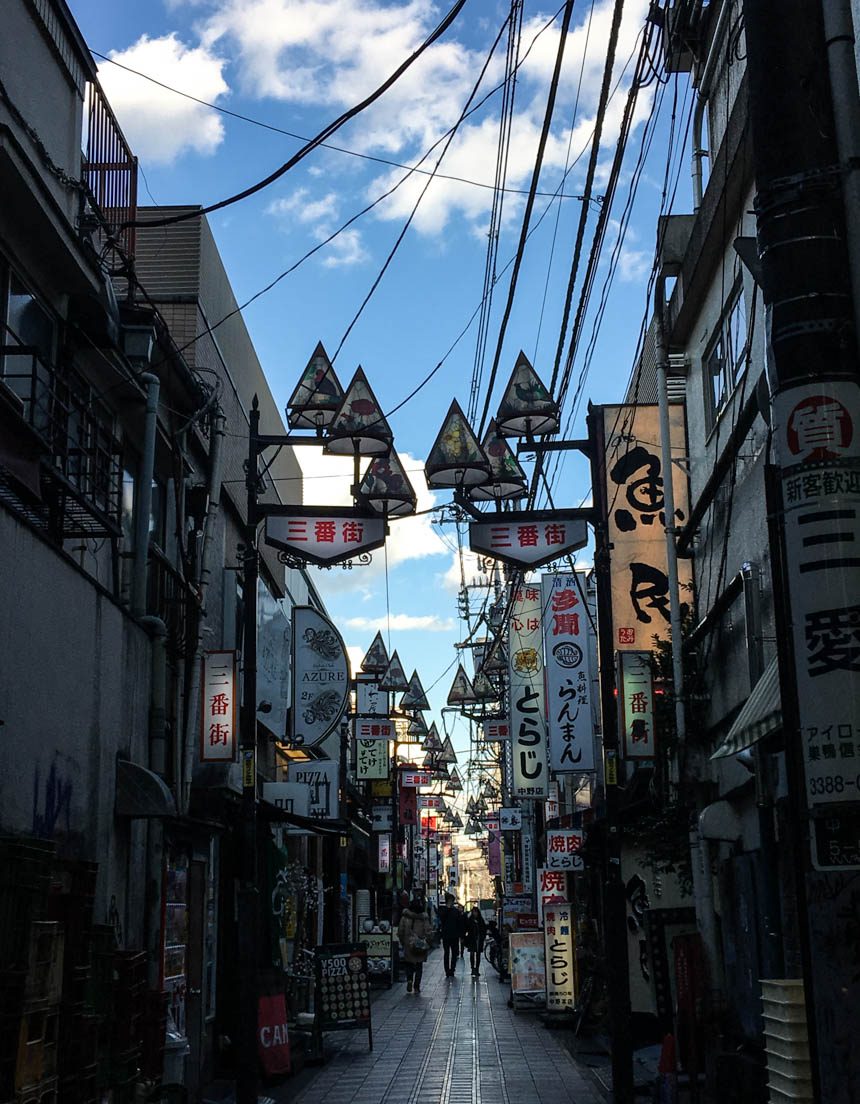 Japan is known for being a culture that is particularly interested in collecting things, appreciating well-made foreign goods, and also keeping their possessions in excellent condition. Japanese watch collectors also enjoy an extremely diverse variety of watches ranging from strict tool watches to elaborate artistic timepieces. Moreover, I find that Japanese watch tastes are very practical and translate well to Western preferences. Most Japanese consumers appreciate functional timepieces with good, legible designs, and shun things like distasteful men’s jewelry watches or complications without purpose such as tourbillons which tend to, in their opinion, needlessly add price without adding value to a timepiece.

It is true that Japanese customers tend to prefer smaller case sizes. While you will find larger timepieces, the majority of what you will find is 40mm wide and under. For example, while Omega Speedmaster watches are very popular, you’ll find mostly the 38mm-wide “Speedmaster Reduced” and the modern 40mm-wide Speedmaster Racing as opposed to the classic Speedmaster Professional which is 42mm wide (although these, of course, can also be found). 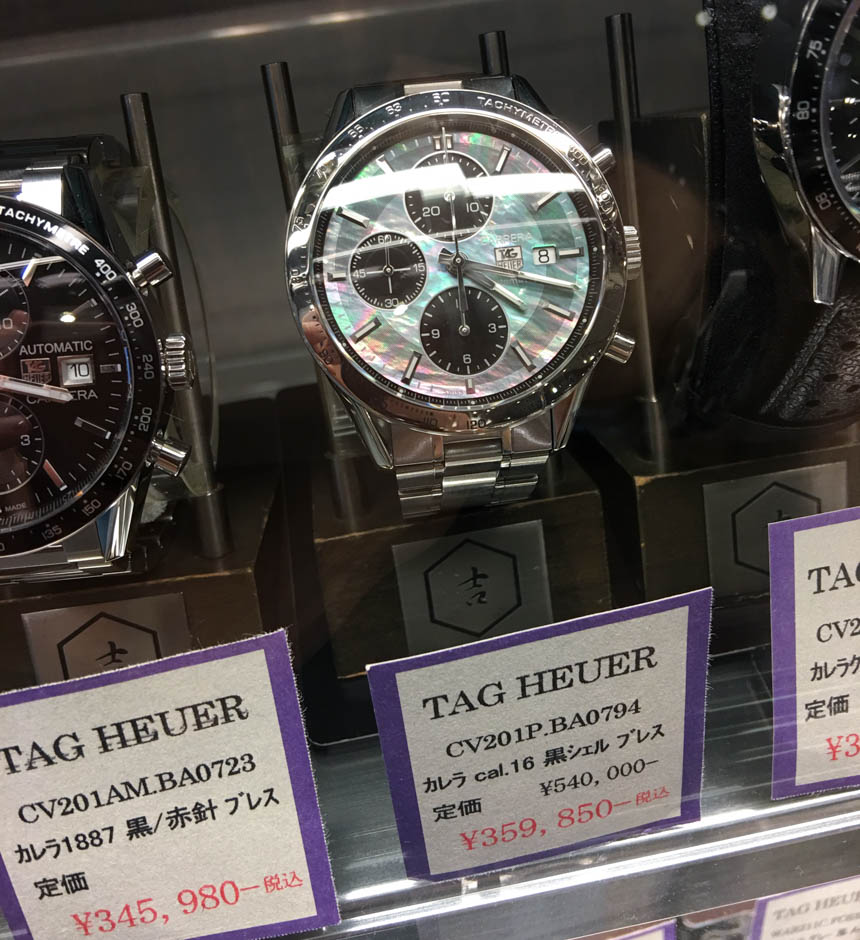 Prices for used and vintage watches are also very fair for the most part in Japan – and in the vast majority of instances, the prices are labeled next to all the watches in the cases (this is a major plus because it makes searching and judging a lot easier!) You can find some incredible deals, but that isn’t really what the Japanese watch market is known for. Instead, you’ll find very fair deals. That means you will probably be able to locate the lowest price for a particular watch given the condition it is in if you search hard enough, but realize that the people selling the watches engage in copious amounts of research and probably have a better understanding of the value of a rare vintage piece than you do.

Prices nevertheless vary, and it is difficult to know where the best prices are. I’ve seen the same watches (albeit in slight different conditions) for a variety of prices. Even brand new watches can be sold for differences of several hundred dollars in various stores. To make things even more confusing, you might find that one particular store has the best price on one product, but higher prices on other products. The system in Tokyo’s watch market is designed so that the consumer really needs to copiously hunt and compare. 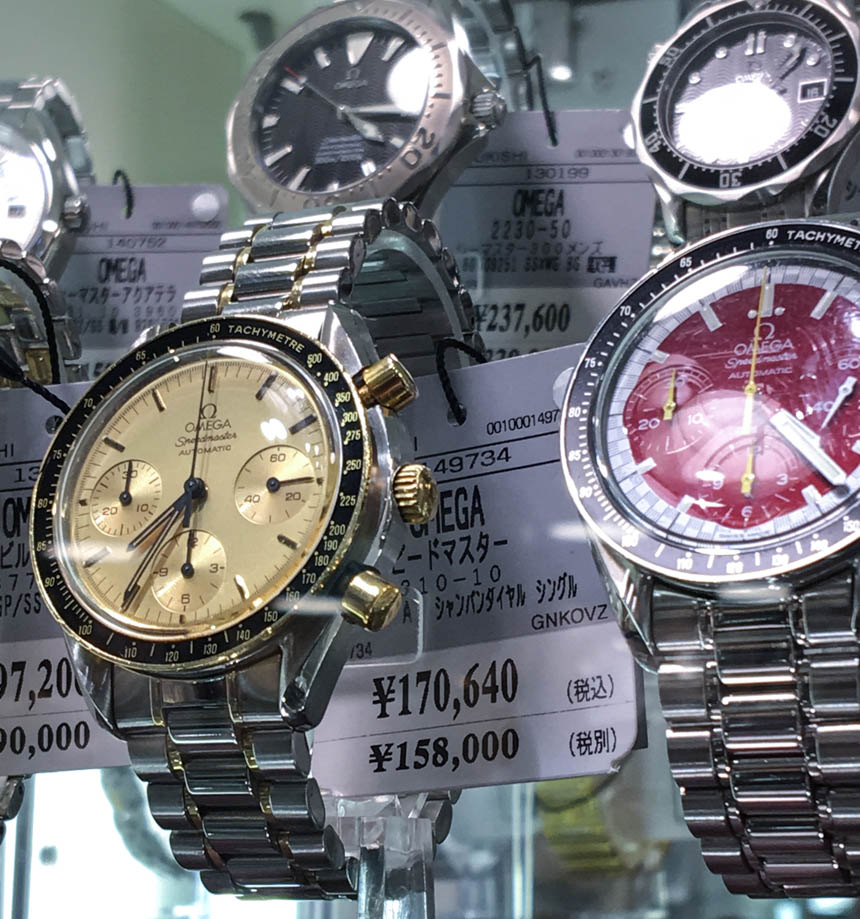 It is also important to say that while most places that sell big-ticket items (even if they are small stores) take credit cards, Japan is still a cash economy. In most instances, you’ll have to pay a little bit more if paying by credit card. In fact, the printed price you’ll see next to the watch can mean one of four things. It is either the cash price (meaning you’ll need to pay more if using your card), the credit price (which means you’ll pay a few percentage points less if paying by cash), it is the pre-tax price (which means if you are a Japanese resident you’ll pay 8% more), or it is the post-tax price (which means if you are a foreigner you’ll get an 8% discount). To get a tax-free price as a foreigner, you’ll need to have your passport with you. Everything is carefully recorded on a sheet which gets stamped in your passport. Japan has limits on how much you can leave the country with before paying duties. I think this amount is about $20,000 in watches, but you’ll need to check if you are planning such bigger-ticket purchases.

Remember that Japanese people are very sensitive to following rules, and unless you have a special relationship with a dealer, expect for the transaction to be recorded and properly documented. Again, don’t forget your passport unless you want to pay sales tax. 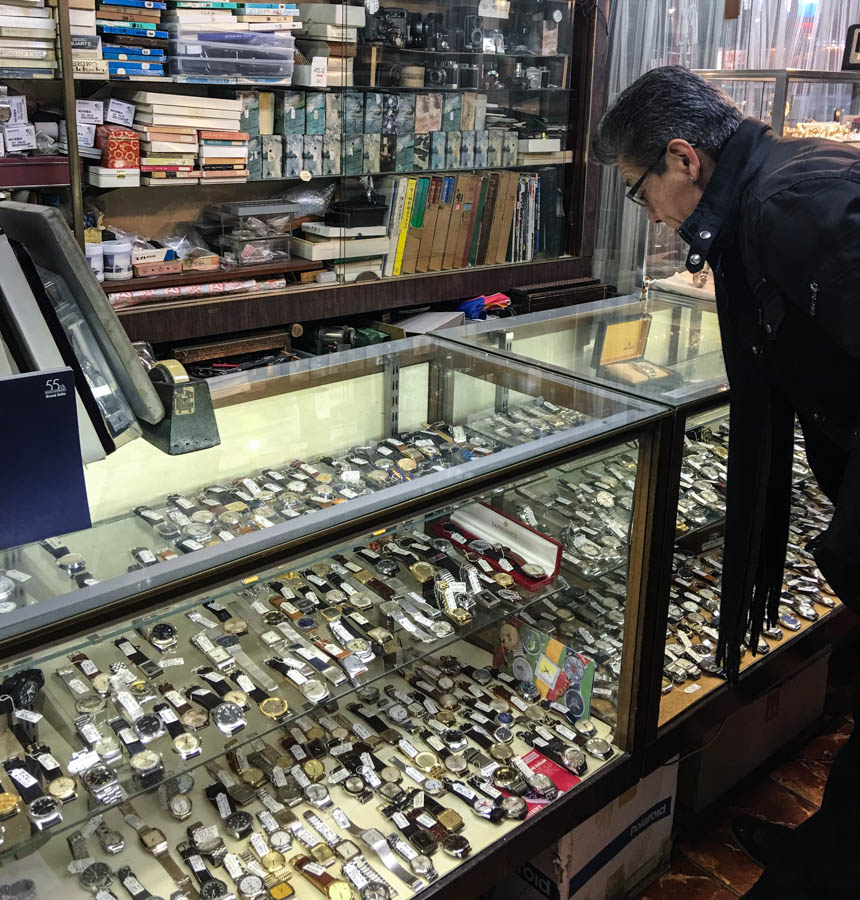 The good news is that careful hunting is part of the culture and not something that the retailers themselves will frown upon. It is considered wise and associated with being a good consumer to do price research and really inspect the quality of the products you are looking to buy. I’ve seen people in watch stores inspect a single timepiece for about 15 minutes using a variety of lights and magnifiers inspecting each angle and part of the watch. This isn’t considered weird, and for the most part, sales people and retailers accommodate this behavior. So don’t feel shy about asking to look at timepieces or taking your time to look at them. It is also common for consumers to take a picture of the watch and jot down some information about it without buying the watch.

Watch retailers aren’t pushy, but in the larger stores retail people will follow you around and offer to show you pretty much everything you are looking at. You’ll find politeness and customer service levels to be high, and no one I encountered seemed to be in a rush. Even some of the smaller watch stores have chairs, and you can sit down and relax without feeling worried about overstaying your welcome. Japanese retailers are, however, sometimes sensitive about photography (so ask first), and they are also very proud of their stock and careful about handling it. So please be sure to show equal respect to their merchandise until you buy something. 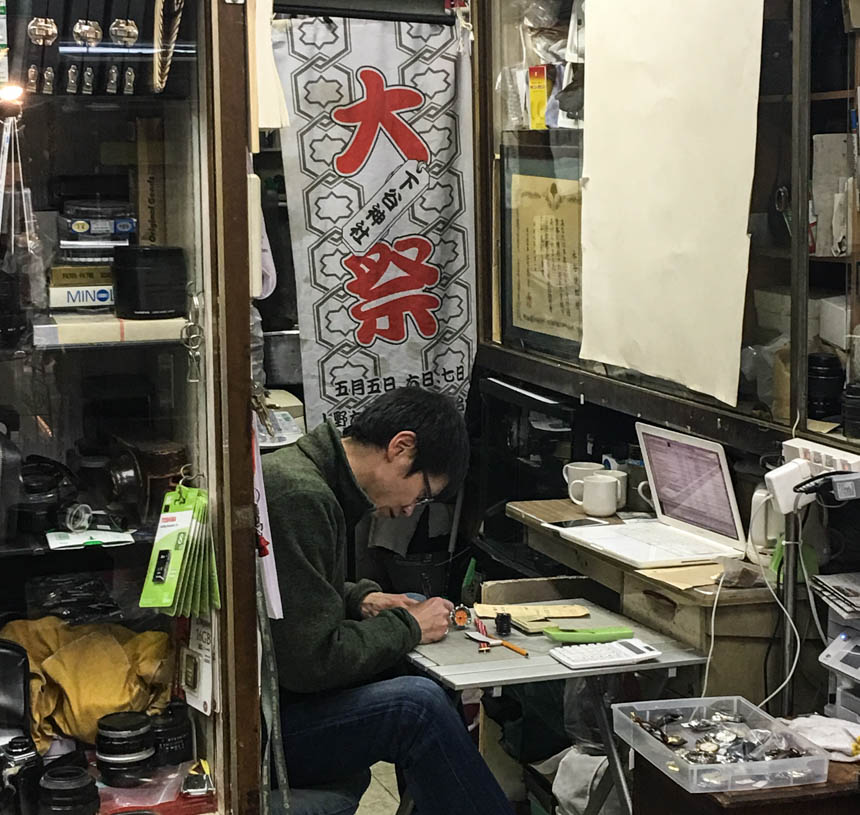 It is also important to explain that you should not hesitate about asking a Tokyo watch retailer about the condition of a watch. Japanese retailers are big on honesty, and while they don’t necessarily know everything about the pre-owned or vintage watches they have (more so in consignment situations), they will freely share with you all the information about the condition of a watch. With that said, you do need to ask, as a retailer might not immediately volunteer all the information. So if you are buying a pre-owned or vintage watch, there is no harm in asking if there is known damage, condition issues, availability of box and/or papers, and if they know when the watch was last serviced.

Bargaining and price negotiation seems to be less a part of the Japanese retail environment than it does in many other markets. In the US and Hong Kong, for example, you can almost always engage in fruitful bargaining discussions over price. You can negotiate for a better price in Japan, but there is a lot less wiggle room, and the culture seems to be less comfortable with it. This is both a good and bad thing depending on your perspective. The good news is that watches really aren’t marked up that much, which makes bargaining less important; the bad news is that sometimes Tokyo watch retailers are too reliant on the prices they think are fair, and less open to the notion that a customer in their store is immediately willing to buy a watch (for the right amount) that may have been sitting on a shelf unsold for a very long time. 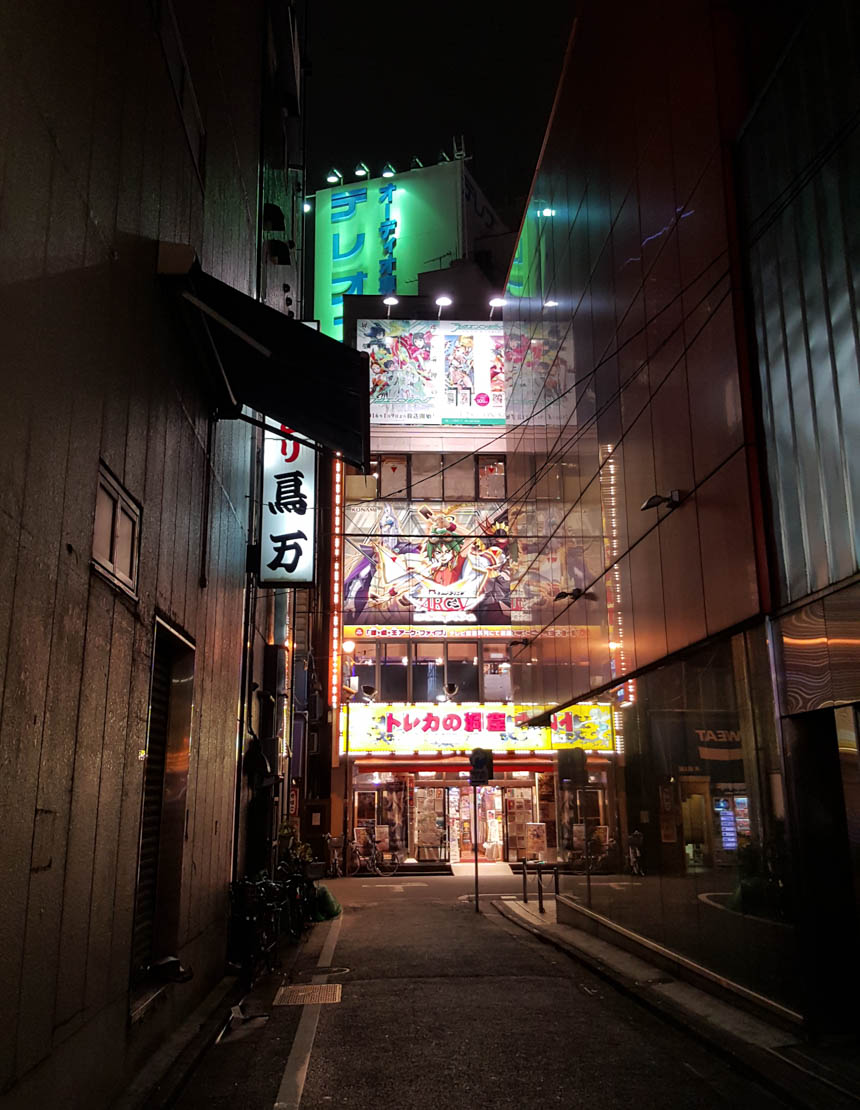 Perhaps the biggest frustration I and many people like me have had in buying watches from Japanese retailers is that the system is not English-friendly. For the most part, the retailers themselves or at least one person on a staff speaks enough English to work with you. However, that only applies once you are in the store itself. Using signage to locate watch stores or the Internet to get a larger list of watch stores in English is frustrating at best. Search Google or use a tool like Yelp or Trip Adviser, and you will find some watch stores. A handful of pre-owned and vintage watch retailers in Tokyo have website in English (or with some English), but most of them do not. I don’t know the situation when it comes to Japanese language content online, but I found that for every one watch store I found online, there were four or five that I just stumbled upon by walking around. 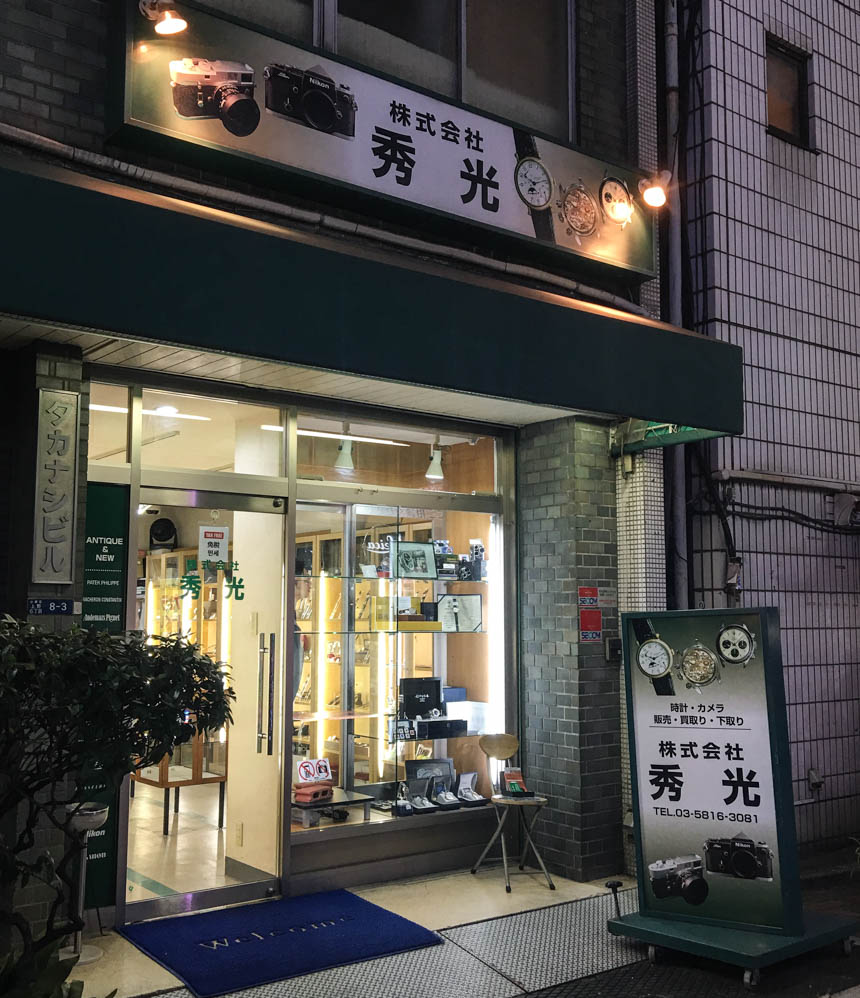 The fact that it is difficult to find available watches and watch stores in English on the Internet is both a good and bad thing. It is bad because finding the watches you want and the stores that sell them requires an enormous amount of footwork (literally). The good news is that this raises the effort required to find these stores, which means that they aren’t as popular for foreigners. So most Tokyo watch stores are actually only selling to Japanese people and those who make the effort to find them. This, in turn, allows for demand to lessen, which increases the availability of good stock and decreases a retailer’s incentive to increase prices because of perceived demand. I will say that spending time in about 20 watch stores in Tokyo, I was either the only Westerner or among the only Westerners there.