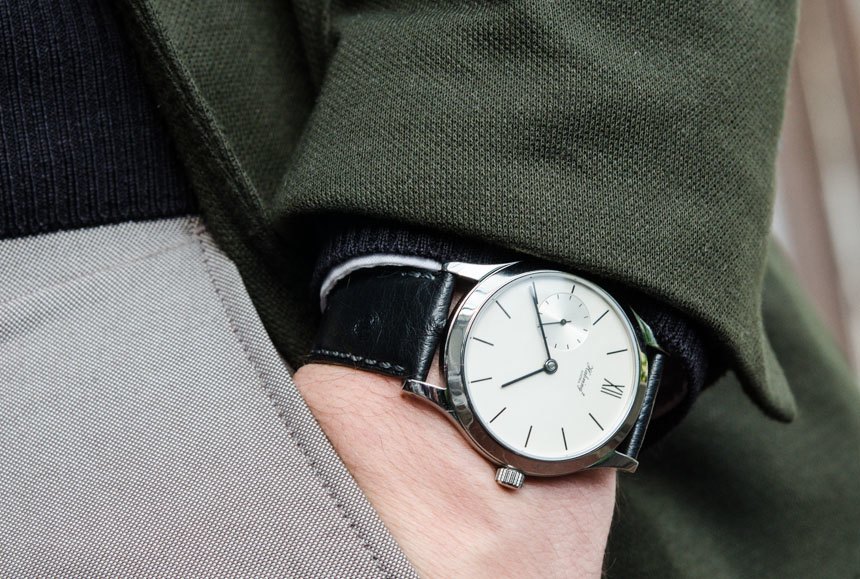 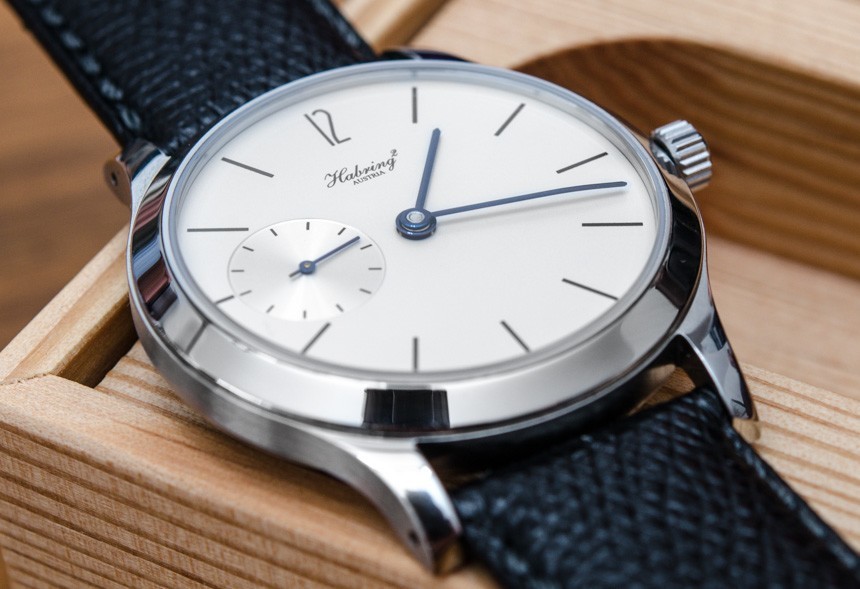 Austria-based Habring2 had a lot to celebrate in 2014. For one, this year marks the tenth anniversary of this little watch manufacture that was established by Maria and Richard Habring and, more importantly, the brand has debuted its first fully in-house designed movement and the first watch that comes equipped with it: the Habring2 Felix. We were among the few to attend the unveiling event and visit the Habring2 manufacture in Völkermarkt, Austria. So, beyond an extensive review of the very first production model of this important release within the market of boutique watch brands, we will also take a look into the workshops where all Habring2 watches are made. 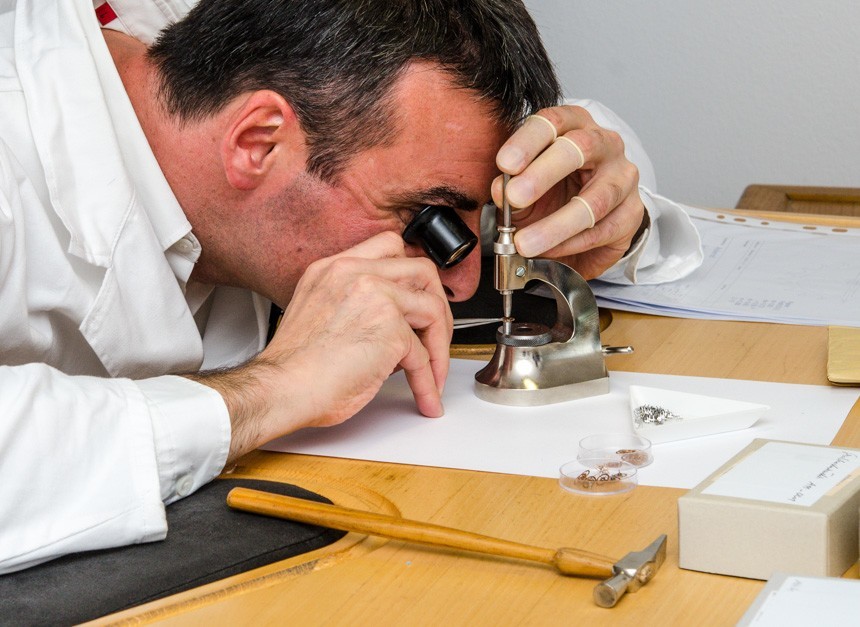 The Habring couple founded their own company in 2004, in an effort to create a brand that would cater to more discerning watch buyers looking for something beyond the more obvious brands and their collections. Where Habring2 managed to really stand out was in creating restrained, albeit rather unique-looking watches with equally unusual complications – with the Habring Doppel 3.0 (hands-on here) serving as the flagship among all of them. Now, let’s begin with a look into the Habring2 manufacture, and then discuss the new A11 movement and Felix itself.

Earlier this year, we posted a detailed article about a visit we had paid previously (article here), so now we will focus a bit more on the processes related to the making of the Felix watch, as well as on how this new offering fits into the brand’s present lineup – and the market itself. 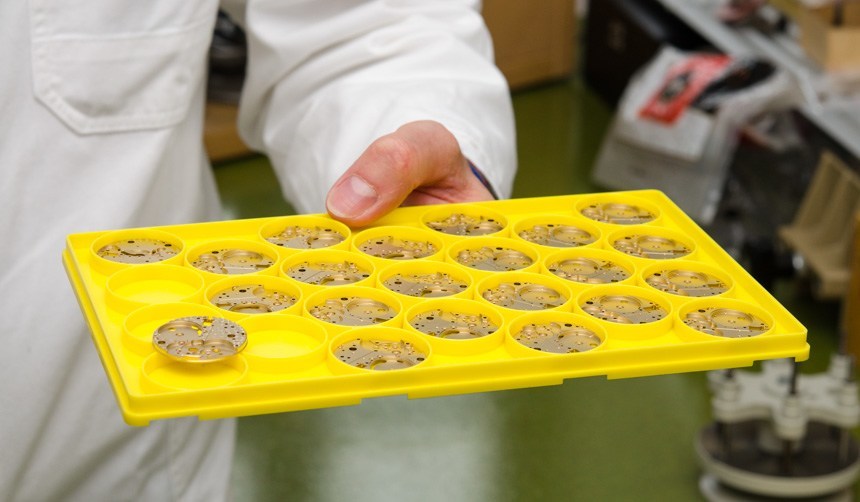 The manufacture and the Habring2 offices are located in the same building – although on different levels – situated in the lovely little town of Völkermarkt. The manufacture consists of a few separate rooms acting as workshops, some designed for producing components, while there is one dedicated room with superior lighting and air conditioning for movement assembly.

Habring2 has traditionally relied on the Valjoux/ETA 7750 and 7760 movements, which it modified to feature dead-beat seconds, split-seconds chronographs, and other unique complications. It is here that we shall note that Richard Habring has been heavily involved in the development of IWC’s Doppelchronograph, that was also based on a 7750 and featured a rattrapante module. Habring2, along with countless other smaller and major manufacturers who relied heavily on ETA movements, had to face serious challenges in 2011, when ETA first began to considerably reduce the amount of supplied movements. 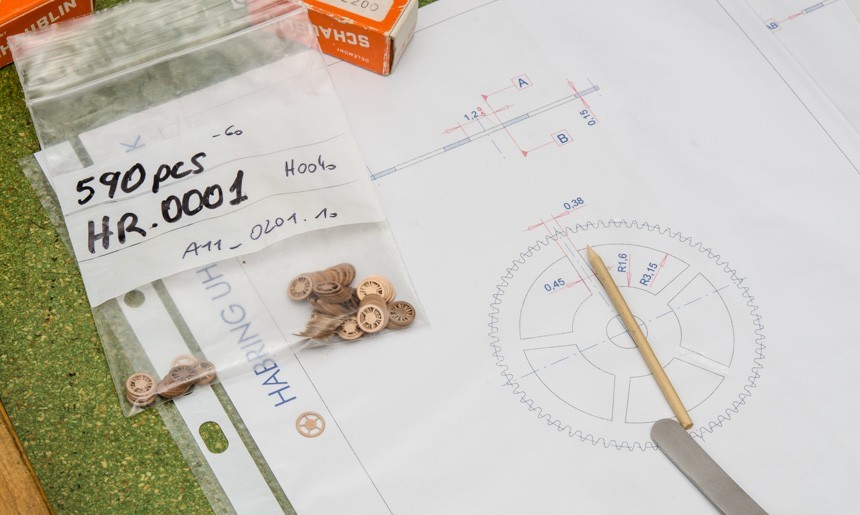 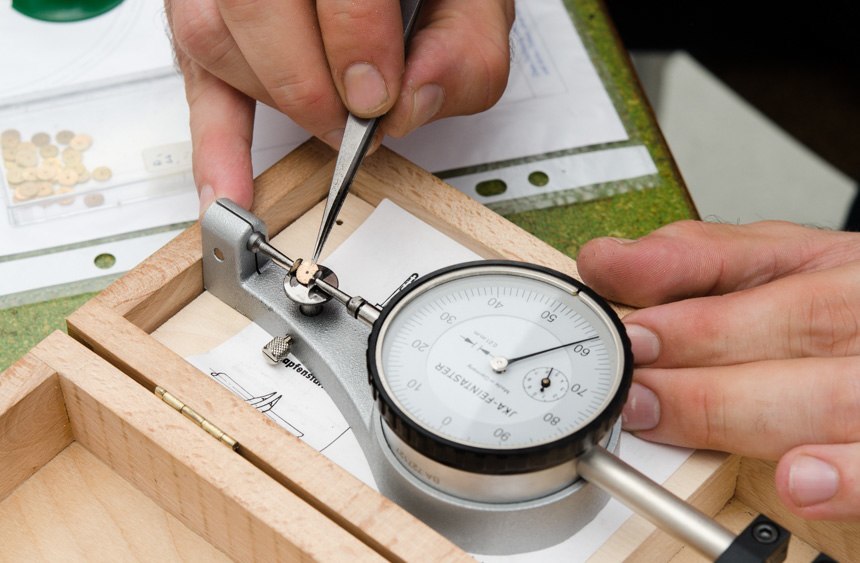 While the Swatch Group and its ETA movement manufacturing division had, for several years, voiced its plans on drastically reducing the amount of movement kits (which are no longer available at all at this point), as well as complete movements that it was selling to non-Swatch Group companies, it was only in 2011 that the company got the green light from COMCO (the Swiss Competition Commission) to start cutting back on movements sold. Interestingly, the Habrings had printed out and showed us the email they received from ETA in late-2011, in which they were notified of a 50% cut in supplies.

Ultimately, it was this moment that gave them – and many other players in the industry – the final push to start working on an in-house movement. Developing a new movement and putting it into production unquestionably is among the greatest a challenges for any watch brand – with the smaller ones, like Habring2, having to tackle issues related to limited funding as well. Nevertheless, in 2011, the development of the A11 movement finally commenced, and about three years later, we are seeing that work come to fruition. 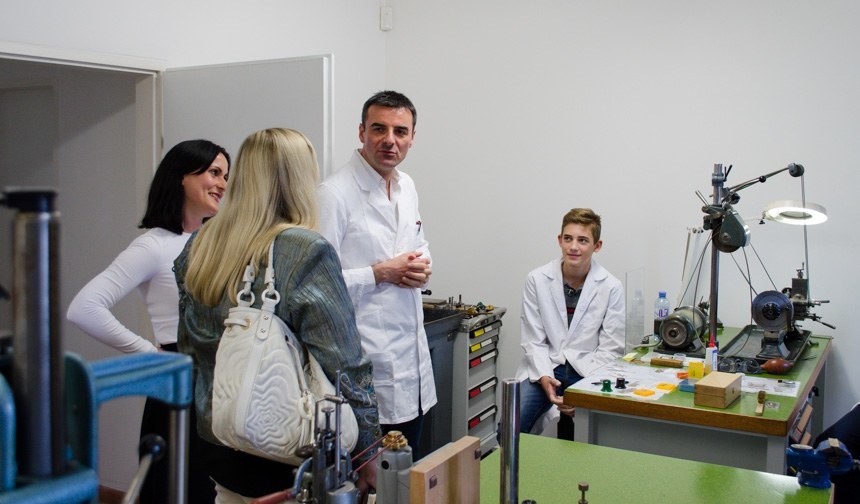 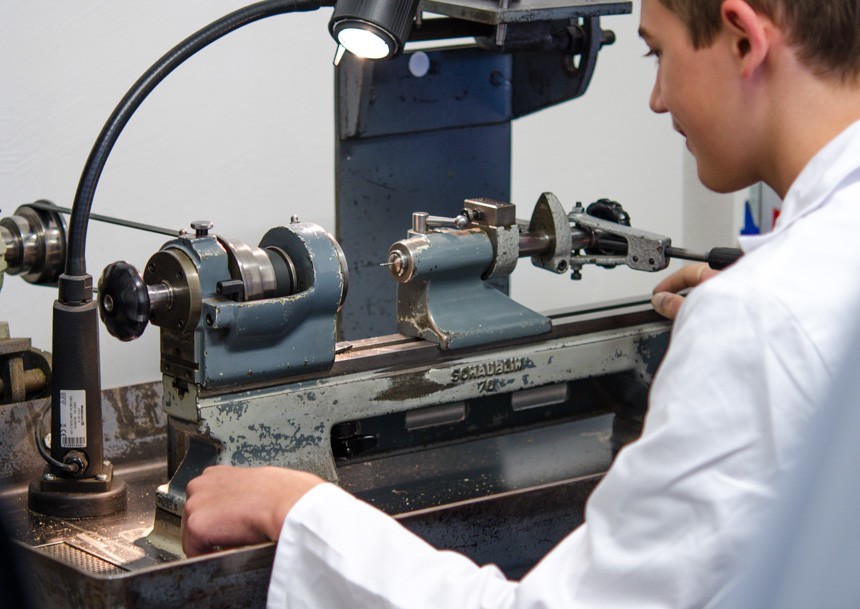 Visiting the first room of the tiny Habring2 manufacture, we were greeted by two young watchmakers-to-be, in the process of crafting wheels for the new movement. This room contained traditional machinery, including lathes and engraving machines, which seemed to work well, when it came to producing sufficiently high quality components for the brand. Given the extremely limited production numbers, it is expected to see such boutique brands express excessive care towards even the smallest components. Therefore, while in the case of major manufactures, it is the high level of automation that is expected to guarantee a sustained level of quality, in small workshops, that is replaced with the attention that is given to any and all components made therein or received from external suppliers. 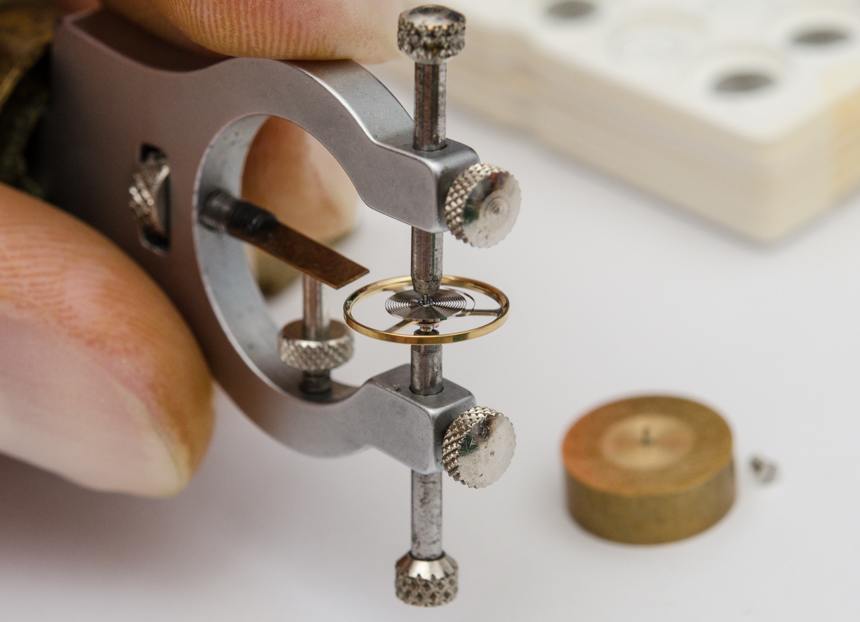 When it comes to the manufacturing of their movements, and indeed the watch itself, Habring2 works with a surprisingly high number of Austrian, as well as some German and Swiss suppliers – all of which are claimed to be family-owned. This is a relatively common practice: small brands with very limited production figures often need to reach out to more specialized suppliers who are able to cater to their specific requirements, and do so without necessitating large-quantity orders.

Along with many other components, the Habring2 manufacture receives base materials for movement plates, balance wheels and balance springs in a relatively raw form, meaning that they are all painstakingly modified in the workshops. During our visit, we concentrated on the escapement – the most important component-assembly of any mechanical watch – specifically, the manufacturing of unique anchors, the scaling of hairsprings, as well as the pairing of those springs with individually adjusted balance wheels. Sounds like a lot going on, so let’s discuss it in a bit greater detail. 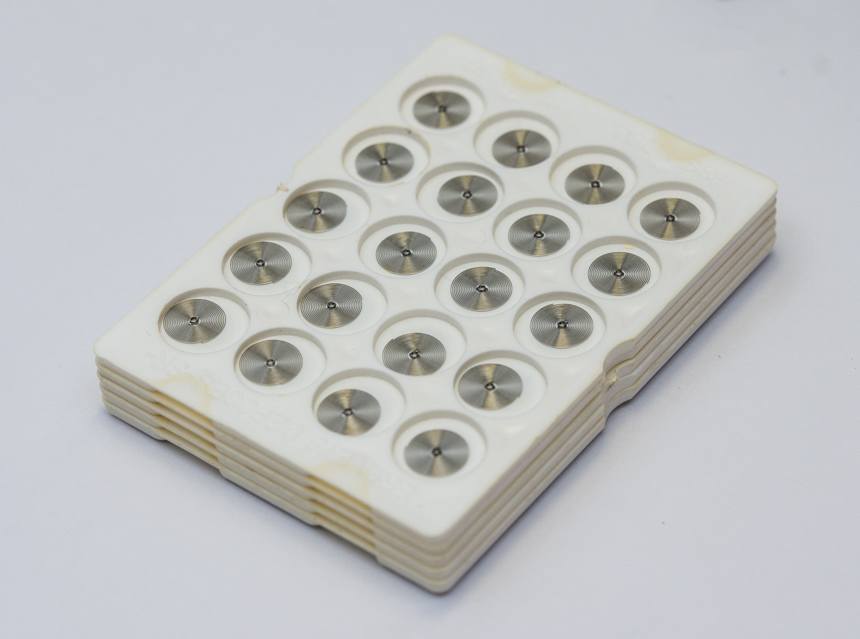 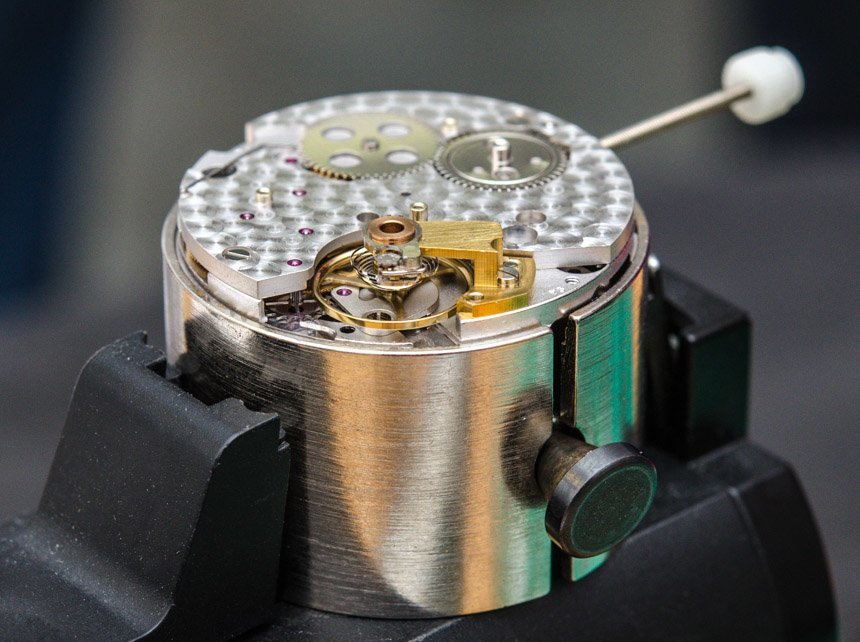 The manufacture receives hairsprings in a “raw” form (seen in the image further above), meaning that while their profile and shape is a given, their length and end-curvature needs to be adjusted. This requires the use of a temporary assembly (pictured directly above) to be installed in the movement, allowing for the exact and live measurement of rate results as the hairspring is being scaled. The objective here is to determine the perfect length for the spring, as its isochronism (basically, the “rate” at which it vibrates) depends on the spring’s length. It is a rather time-consuming process where the finer adjustments take considerable time and attention – the spring has to be cut with the precision of a fraction of a millimeter, otherwise the rate of the escapement and hence the watch is ruined. 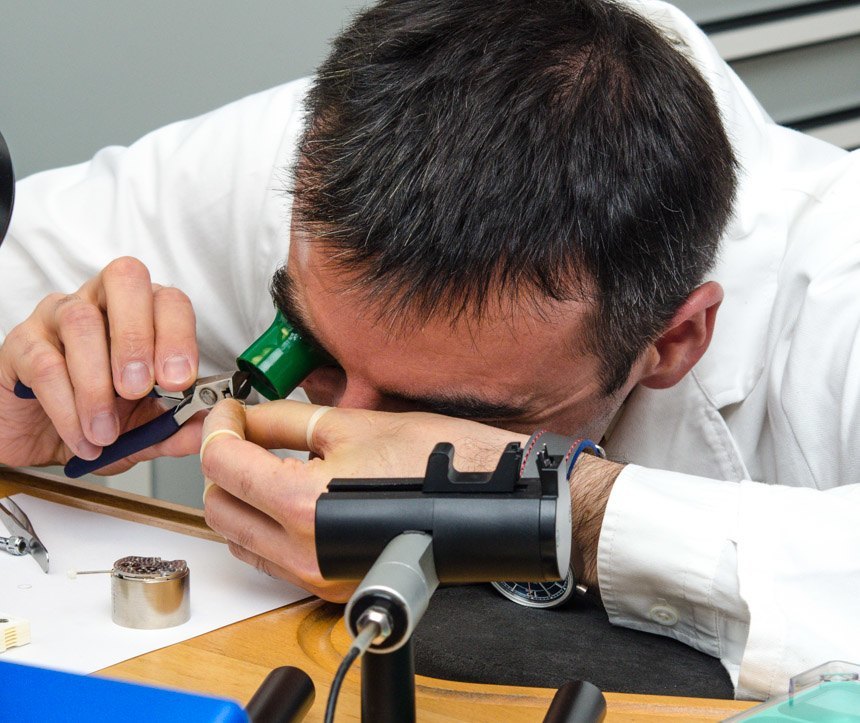 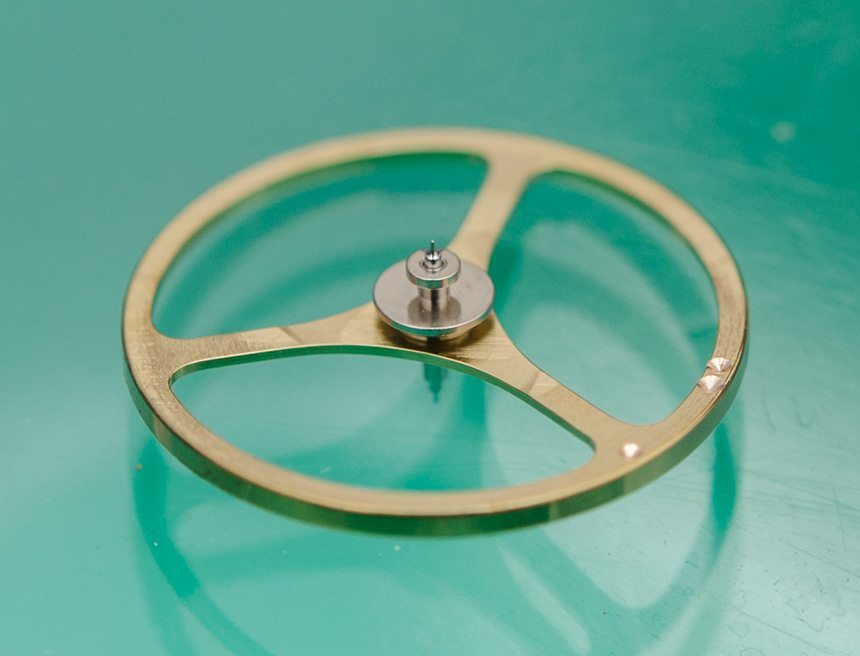 The consequent step is getting the balance wheel poised, meaning that it literally is balanced perfectly. This requires the adjustment of the weight of the balance wheel, which can be achievement either by removing excessive weight through drilling microscopic holes into its periphery, or by adding counter-weights in the form of tiny screws installed in the edge of the wheel. At the Habring2 manufacture, we saw hairsprings and balance wheels be matched together, to guarantee near-perfect timekeeping performance.

Beyond mere performance, the added value here is, of course, to see the founder of a watchmaking company work on some of the most important components of a watch – certainly a big plus to many discerning collectors. The result of all this effort – beyond a slight but noteworthy price increase over previous comparable watches from the brand – is that Habring claims the A11B movement to fall within chronometer requirements – i.e. between -4 and +6 seconds. Now, after that brief look into the workshops of Habring2, let’s see the movement and the watch itself in greater detail. 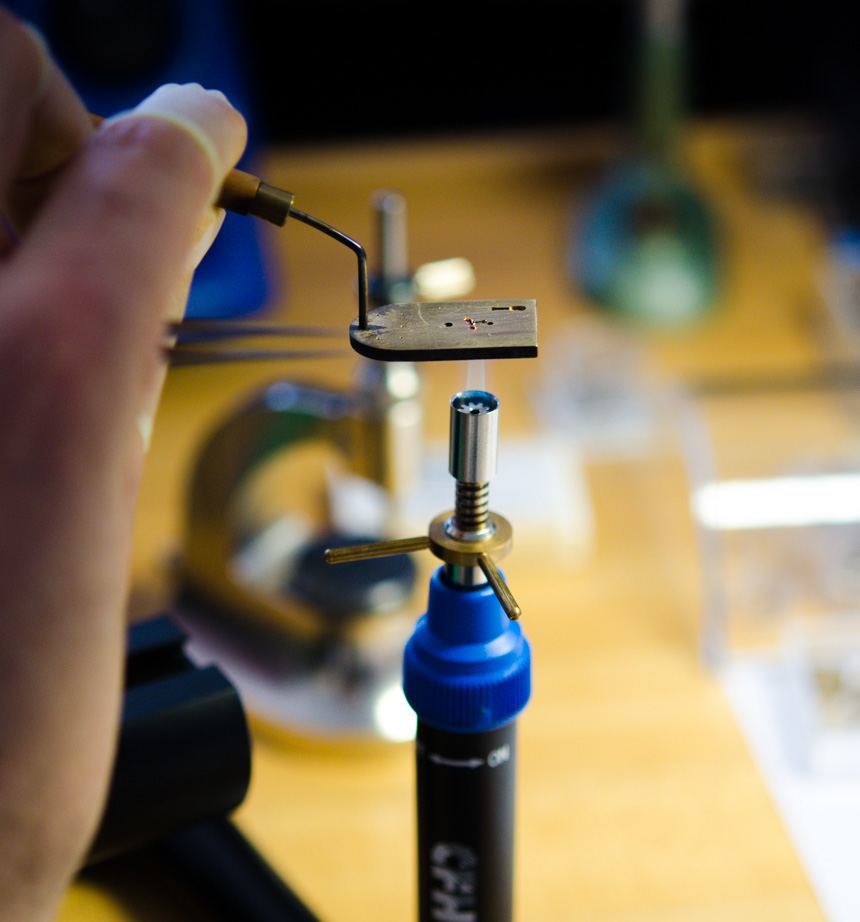